Stars Favor Givenchy and Saint Laurent As Summer Heats Up

This week’s stars showed up with a great variety of bags, both new and old. The celebs we spotted out and about certainly have a lot going on at the moment. Jennifer Lopez’s documentary with Netflix will premiere tomorrow, June 14th, but the world is already abuzz with some of the drama surrounding it. Headlines broke that Lopez was unhappy about sharing the stage with Shakira during her NFL Superbowl Halftime show. Speaking of Shakira, the singer recently split from her longtime partner, piquing the interest of photogs worldwide. We spotted her twice this week carrying an old Givenchy favorite. Check out the full set of bags below!

Cara Delevigne was spotted in beautiful Portofino, Italy, wearing head-to-toe Dior while on set with the brand for a commercial. Her bag is a fun, summer-ready version of the Dior 30 Montaigne. 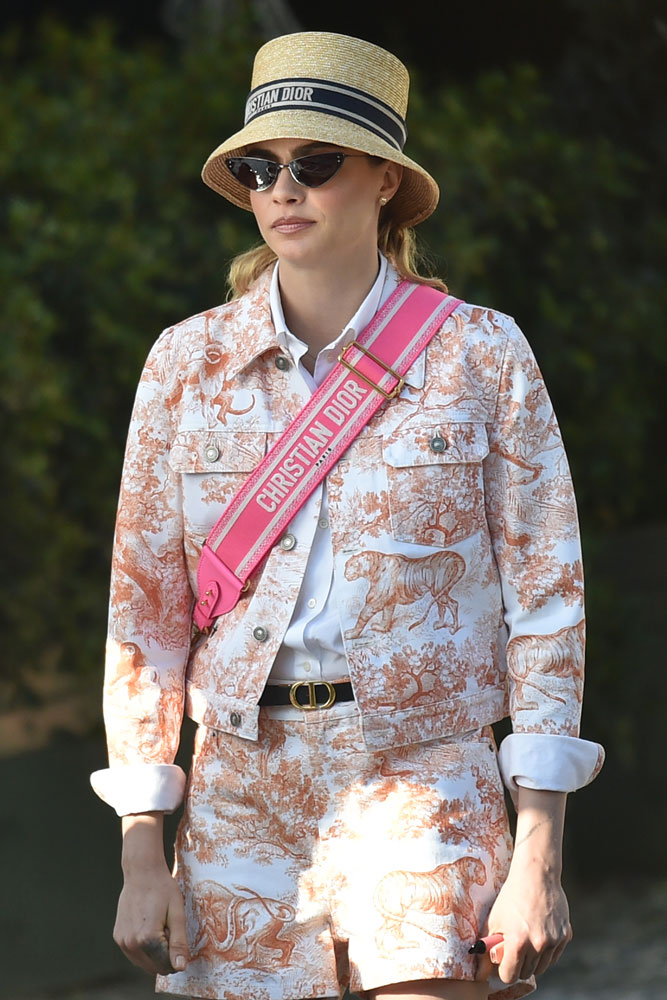 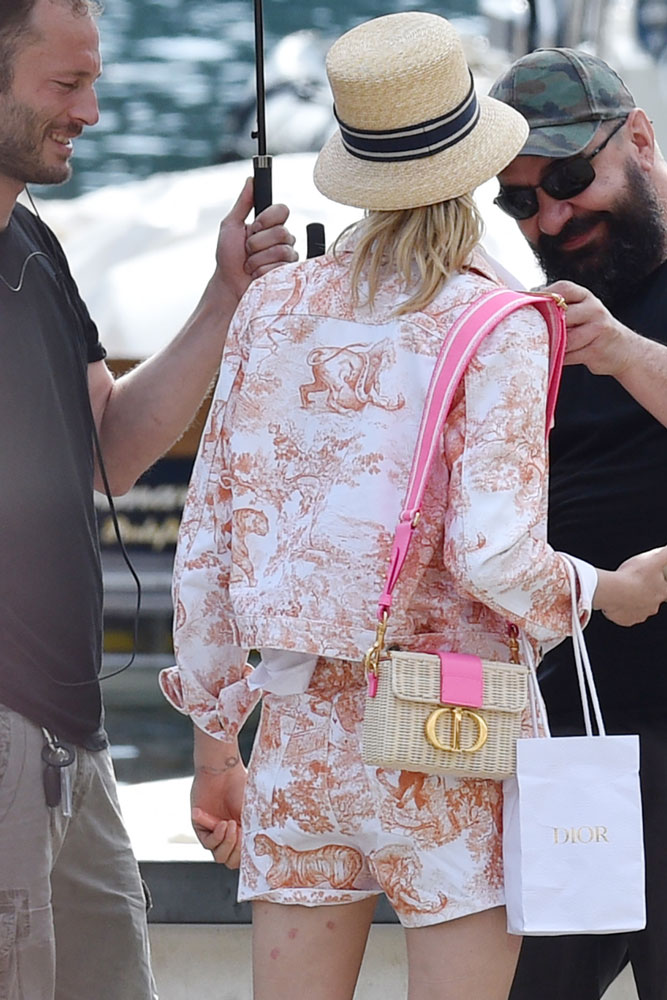 Hailey Bieber was snapped alongside hubby Justin Bieber as they headed to New York hot-spot Cipriani in SoHo. The duo dined together post-performance at Brooklyn’s Barclays Center. Hailey carried one of her favorites—the Saint Laurent Le 5 a 7, which she seems to have in every color! 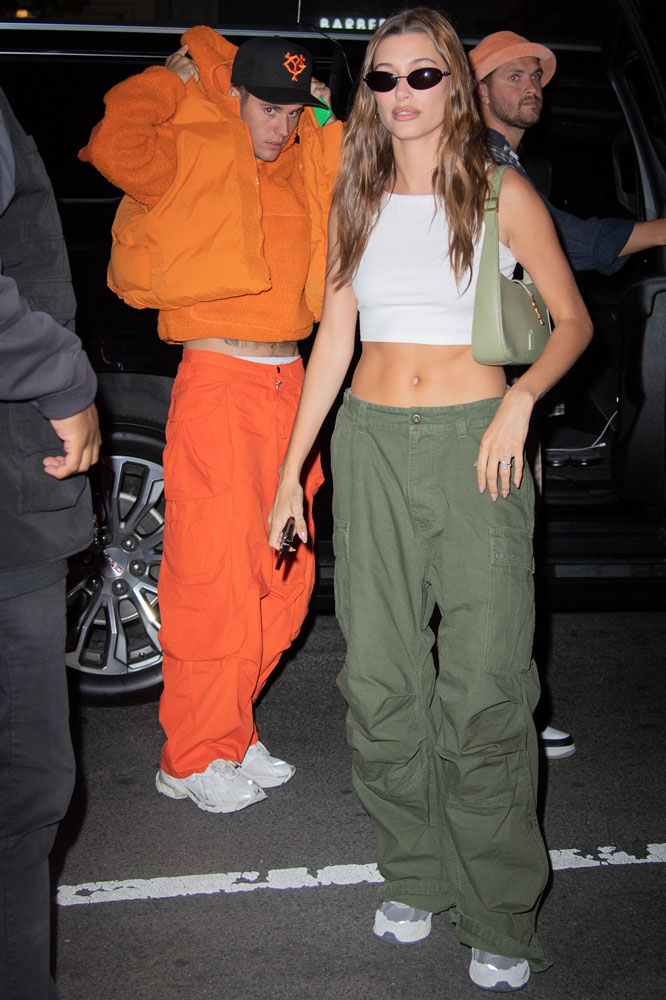 Shakira was snapped twice this week while out and about in Madrid carrying her Givenchy Pandoras. There was a time when every single celeb had a version of this bag! It’s nice to see Shakira still giving it love. 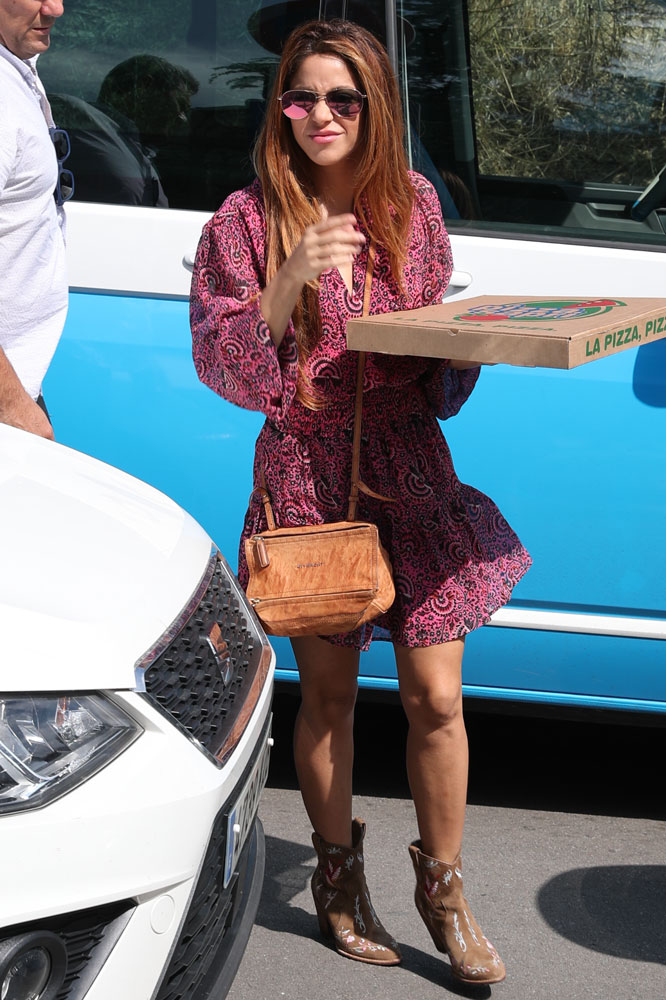 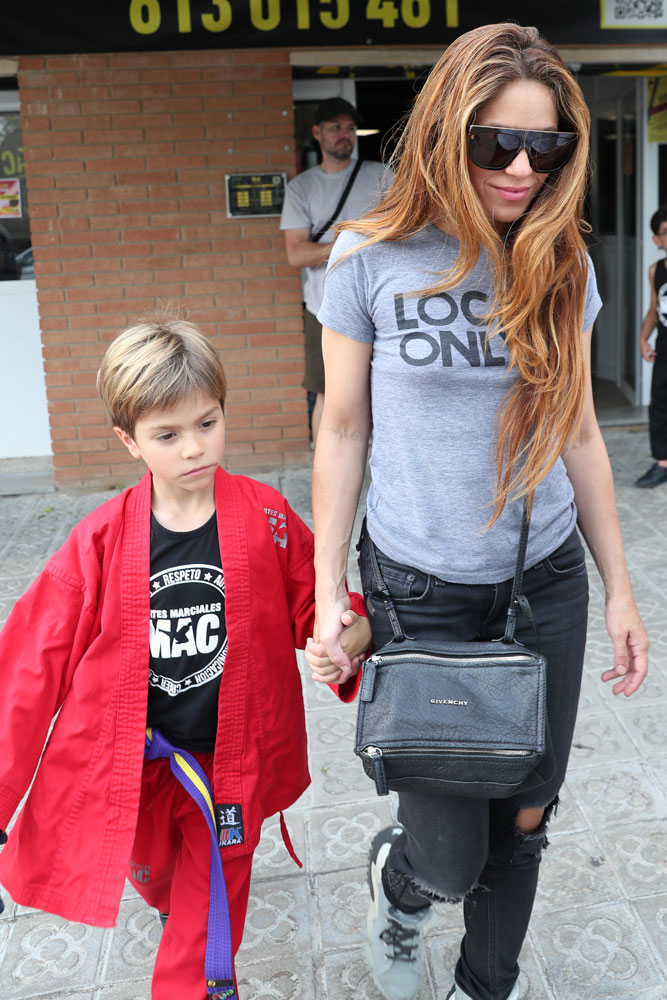 Paps caught up with Ashley Roberts and her ever-growing bag collection. She wore a beautiful multi-colored dress and carried a bright pink Balenciaga Neo Classic bag. 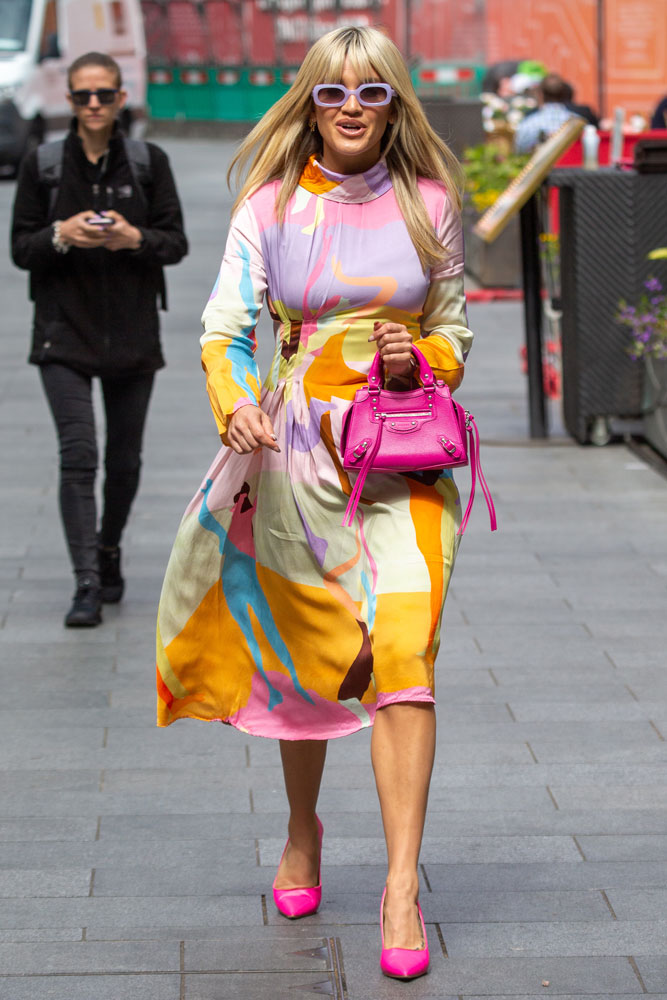 Another day, another Jennifer Lopez sighting on her way to dance rehearsal at an LA studio. As per usual, her bag game does not disappoint! Here, she’s carrying a Gucci Diana Bag. 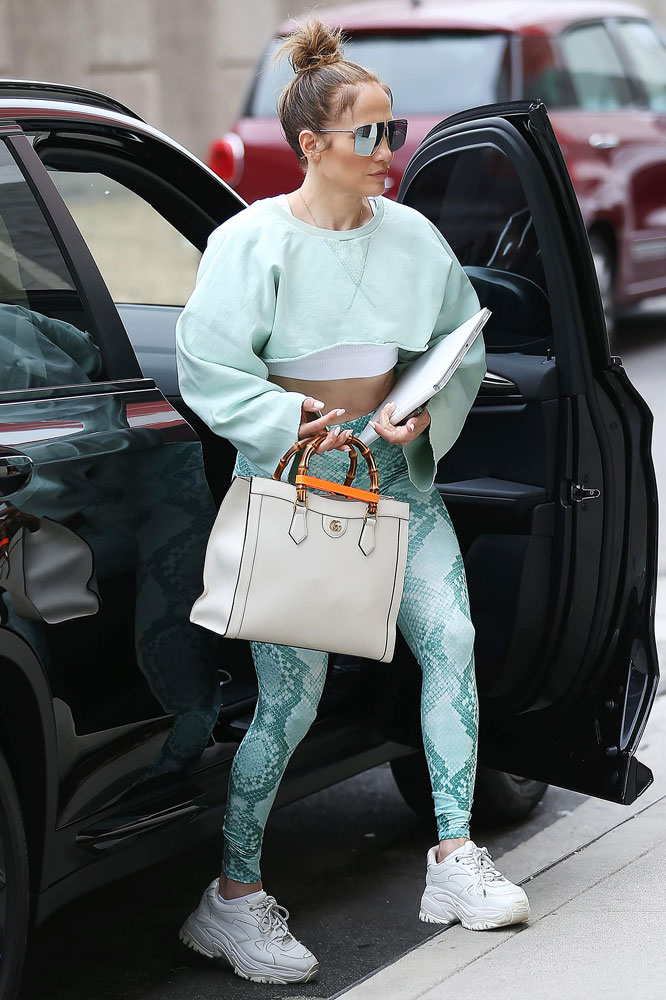 Bella Hadid was spotted leaving her apartment in New York on her way to an event celebrating the launch of Rizzoli’s new book “The Fendi Set.” The model wore a full Fendi look and carried a Peekaboo from the brand’s fall 2022 collection. 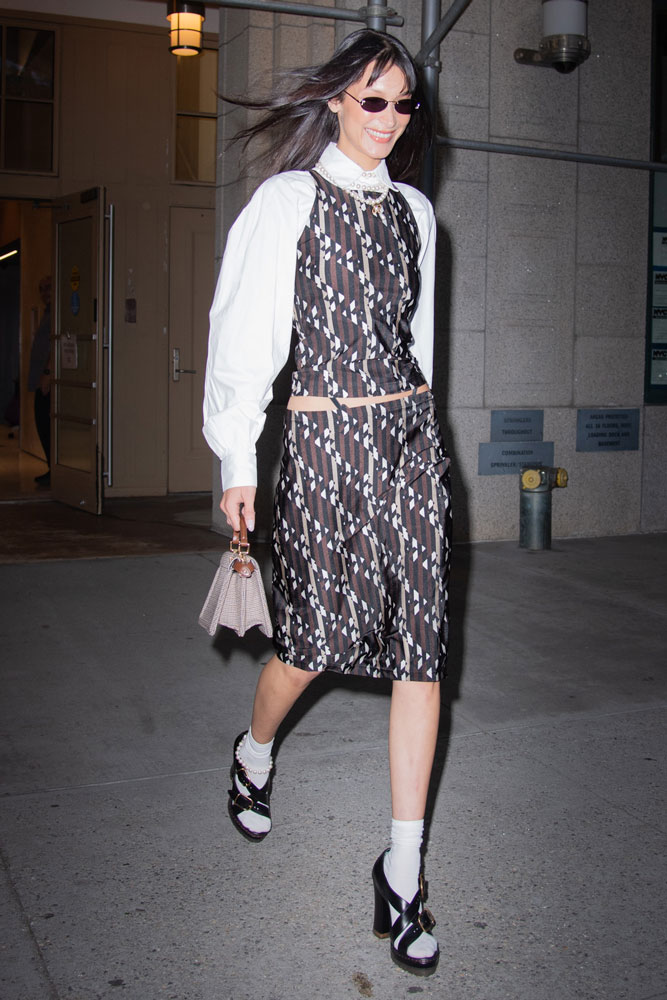 Real daughter of Beverly Hills Amelia Gray Hamlin was snapped in SoHo chatting on her phone while walking to lunch. She wore a grungey look accessorized with the latest moto bag from Balenciaga, the Le Cagole. 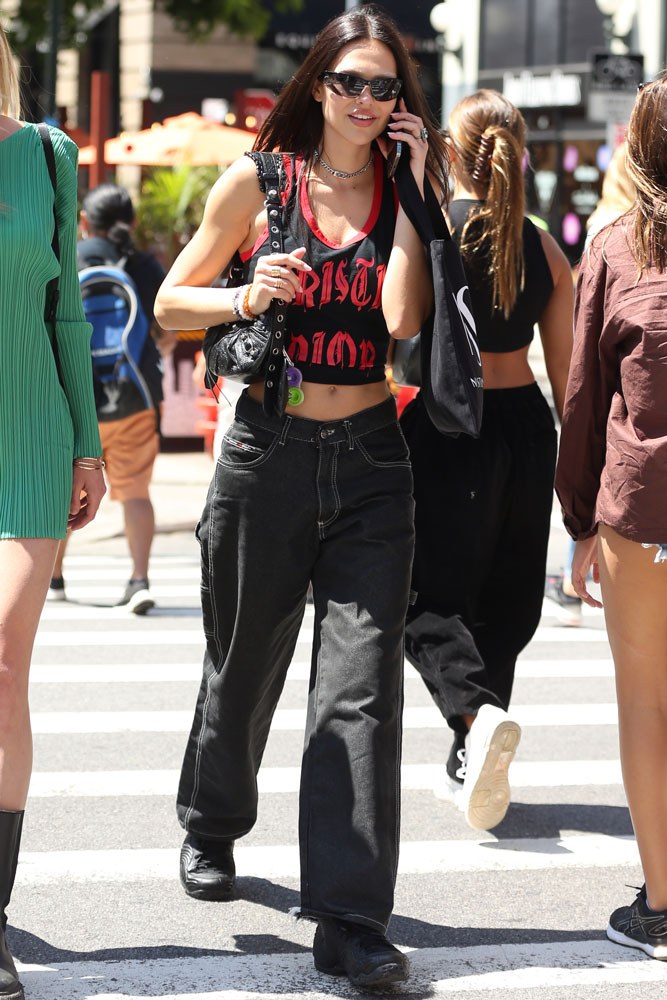 Title says “stars” and then there is Amelia Hamlin lol

Does anyone know who makes Ashley Roberts sunglasses ?

I love the Balenciaga Neo Classic Bag. It’s so cute and the color is stunning!