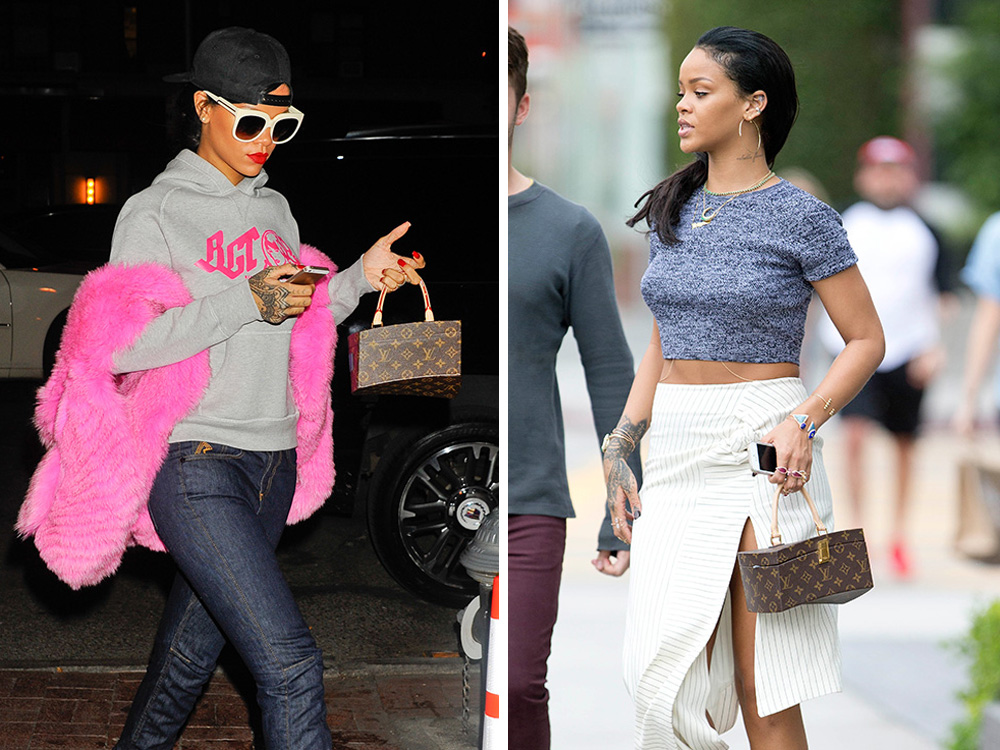 What better way to celebrate the forthcoming National Handbag Day (Monday, October 10th), than to revisit the highlights of Rihanna‘s relationship with one of her greatest loves: the Louis Vuitton x Frank Gehry Twisted Monogram Bag.

This bag first made its debut way back in September of 2014, when LV released its “Icons and Iconoclasts” collection. A few of those collab bags really took off with celebs–perhaps most predictably, the LV x Christian Louboutin designs. But Ri-Ri took a special fancy to the artful LV x Frank Gehry Twisted Monogram Bag. And even though she gets tons of freebies and sample loans from Dior and practically any other designer on the planet, she keeps returning to this bag, again and again.

Here they are making one of their earliest outings together in 2014. In order to help you better understand how exclusive this bag is, I must tell you that we’ve only ever seen Rihanna, Alexa Chung, and a Thai princess carry it. 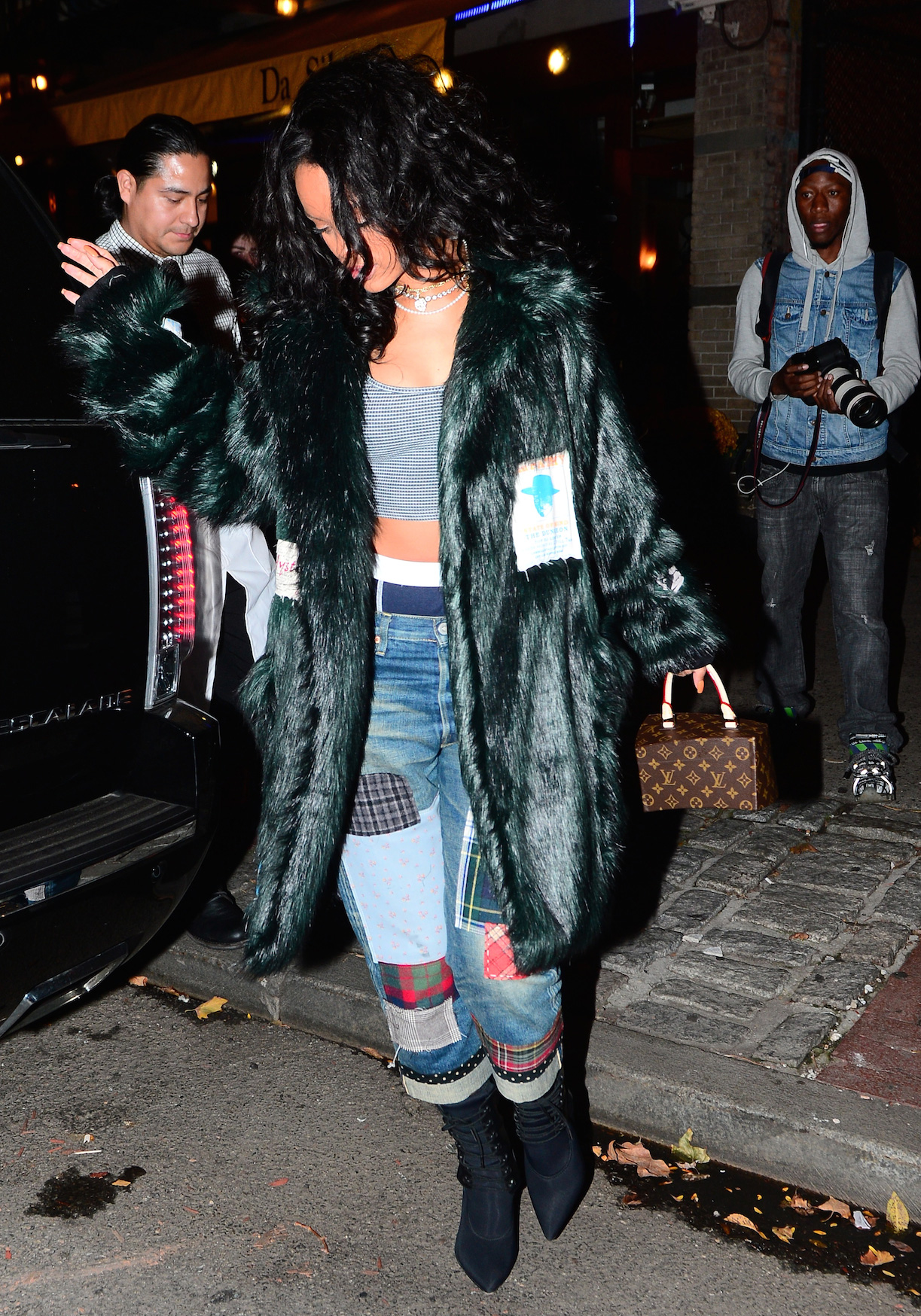 And here’s a club-ready Ri-Ri and Frank out on the town together once again almost two years later. We know this is a recent shot because Ri-Ri is wearing a fierce pair of creepers from her own FENTY Puma collab. 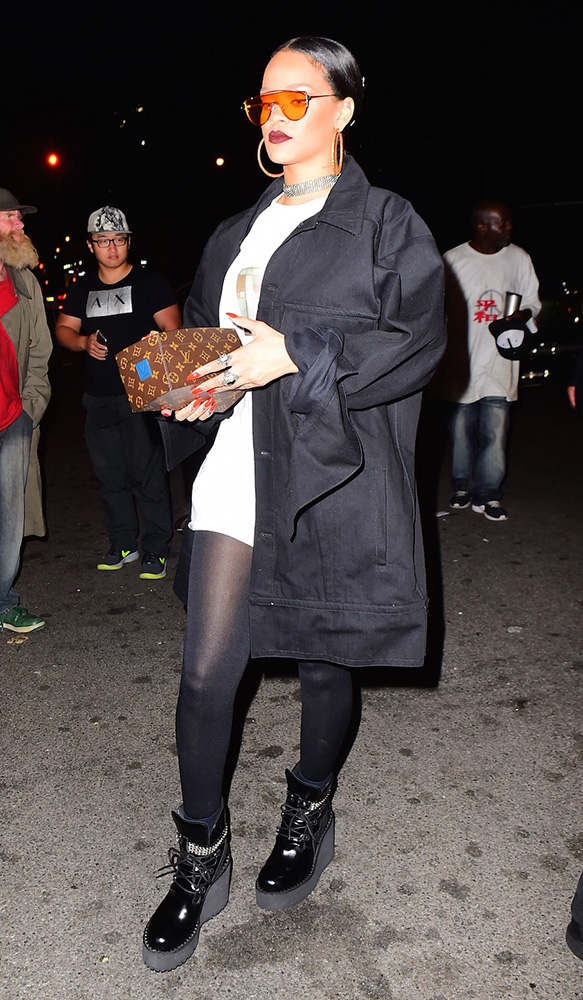 This collector’s item also goes well with more feminine looks, like Dior Wrap Pumps and this blue pinstriped dress made of men’s shirting. 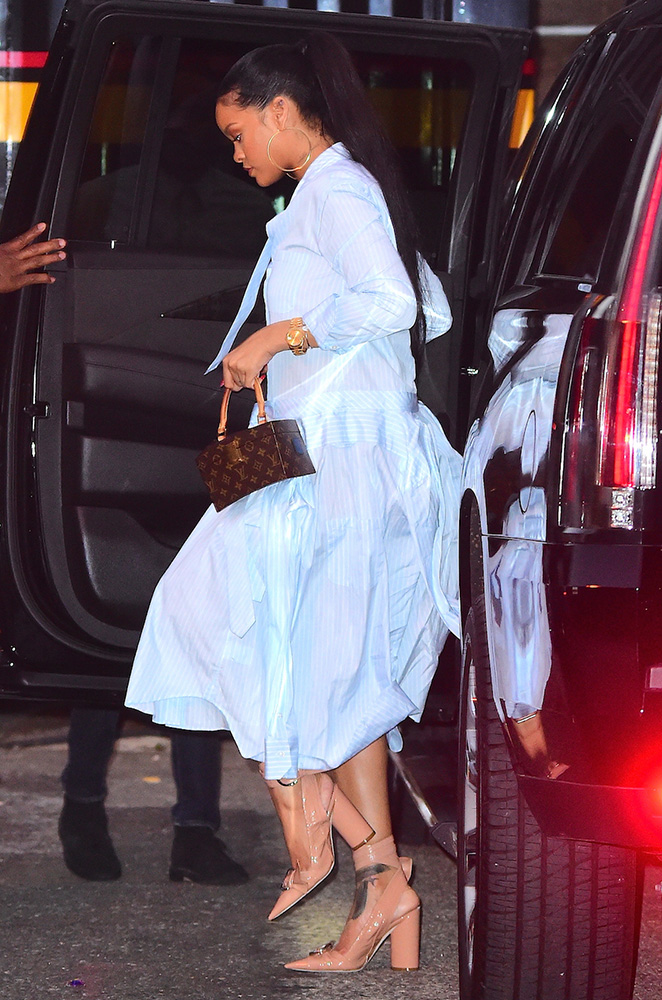 Paps caught up with Ri-Ri and Frank as they exited The Nice Guy in LA mere weeks ago. 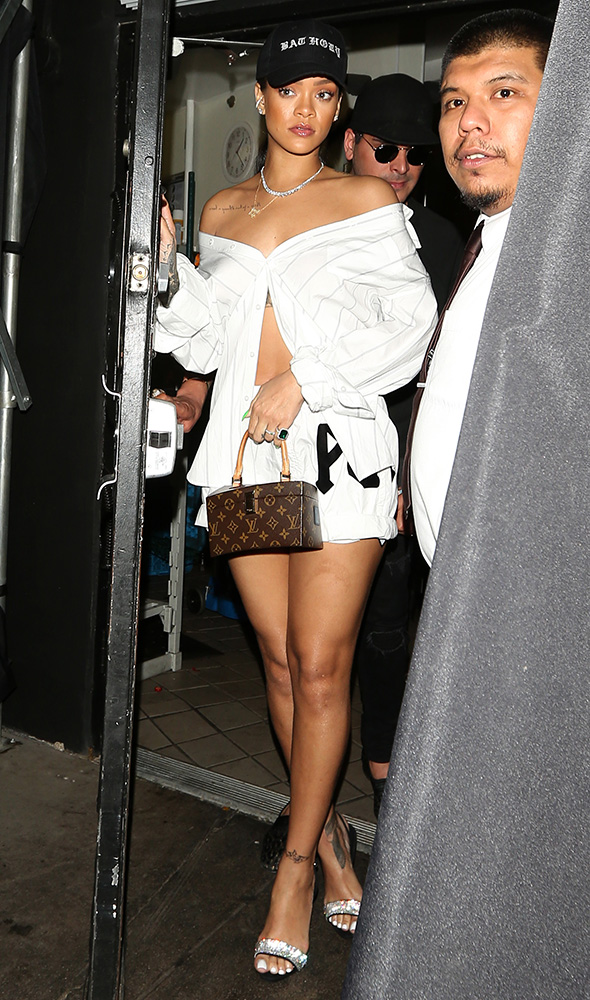 Beyond the bag, Rihanna was into velvet boots before anyone even knew they were about to be a huge trend. 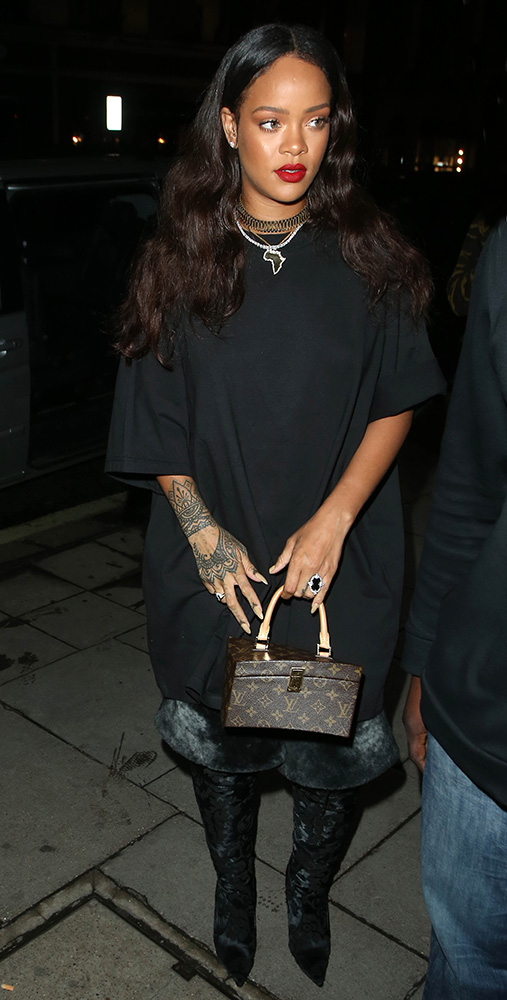 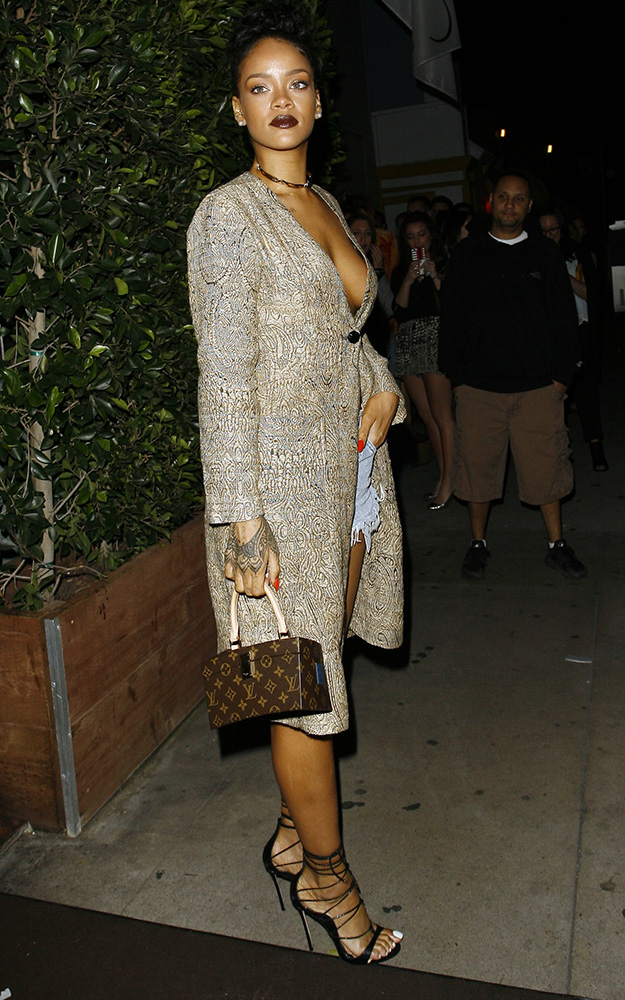 In this shot from 2015 she’s paired it with a pair of the uber popular Stella McCartney Platform Creepers. 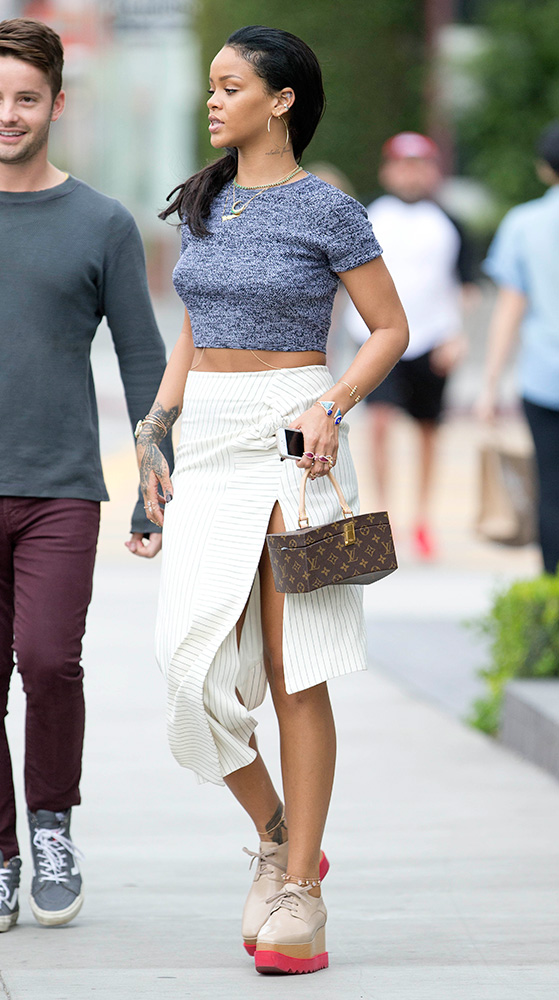 But this bag isn’t just reserved for sophisticated A-lister affairs. It can also be accessorized with sweats, Timbs, and pink fur! 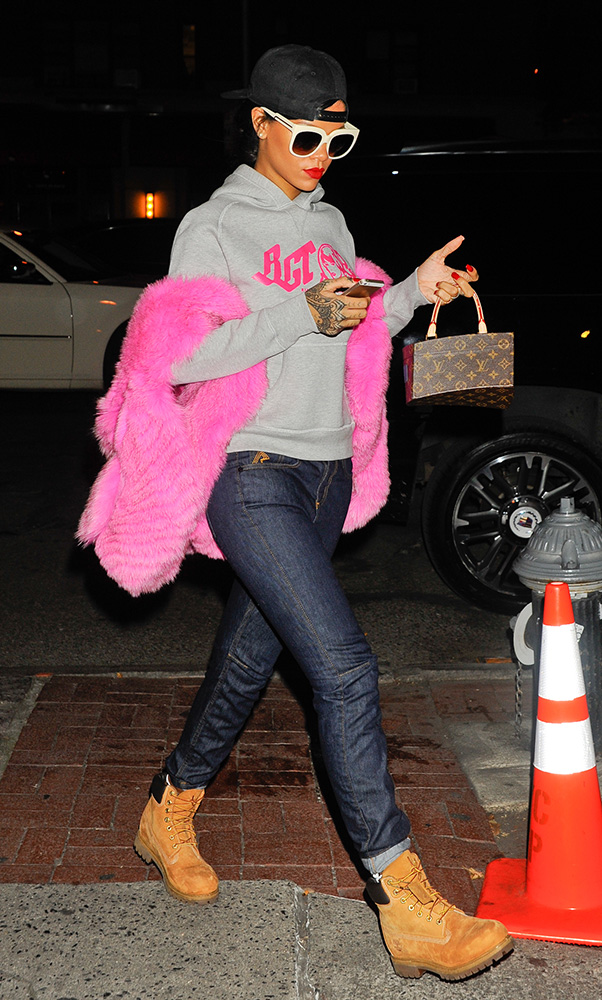 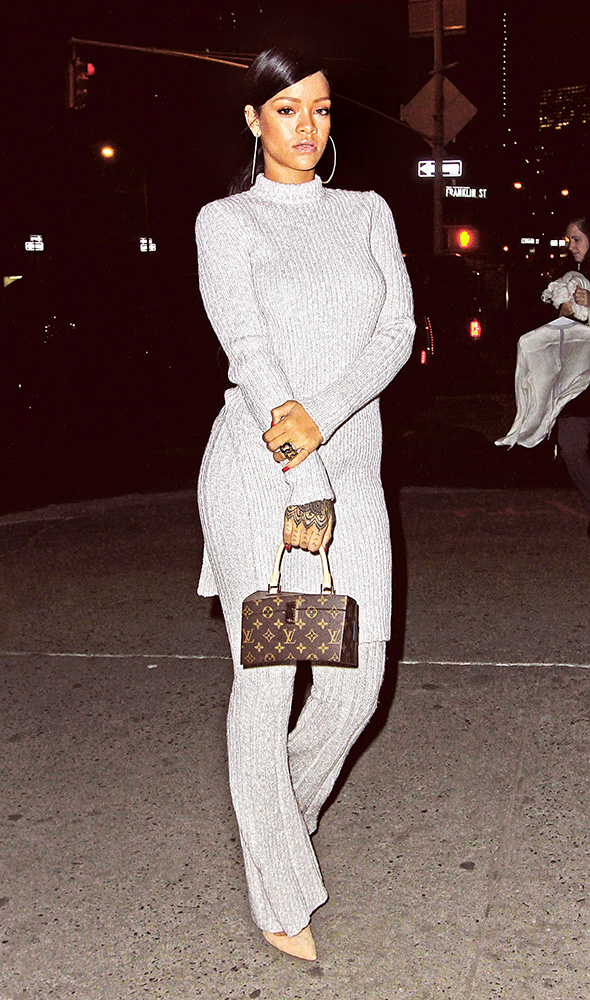 Finally, here’s a parting shot of Rihanna and Frank all the way back at the beginning: 2014. They’ll always have Paris. And New York. And London. And Timbs. 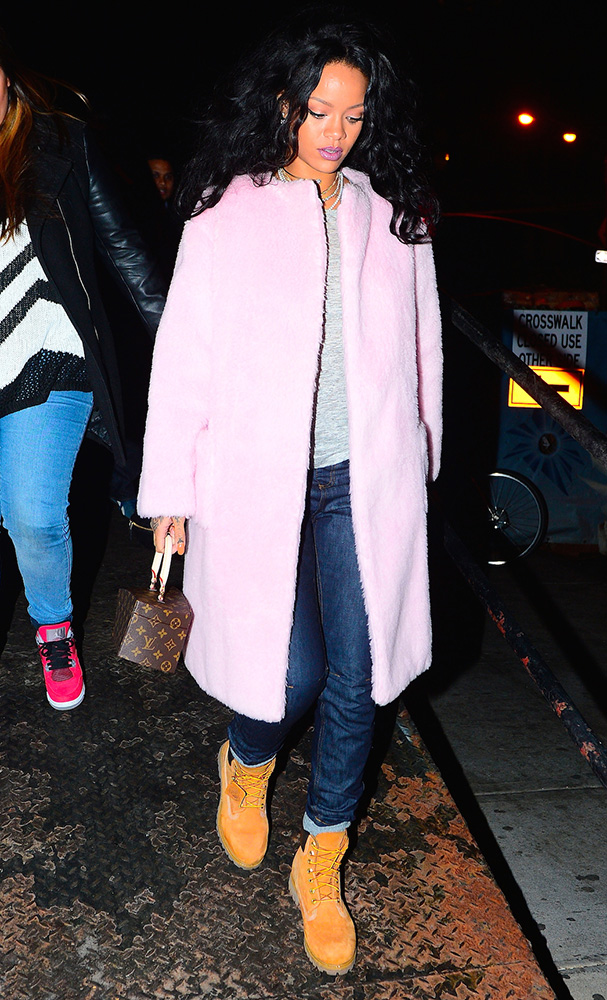 Not really a fan of the bag but I love the Dior shoes is slide 3.

She has such a fun life

I love Gehry’s work so for me, this is a holy grail bag.

That purse is Rihannas baby. Lol