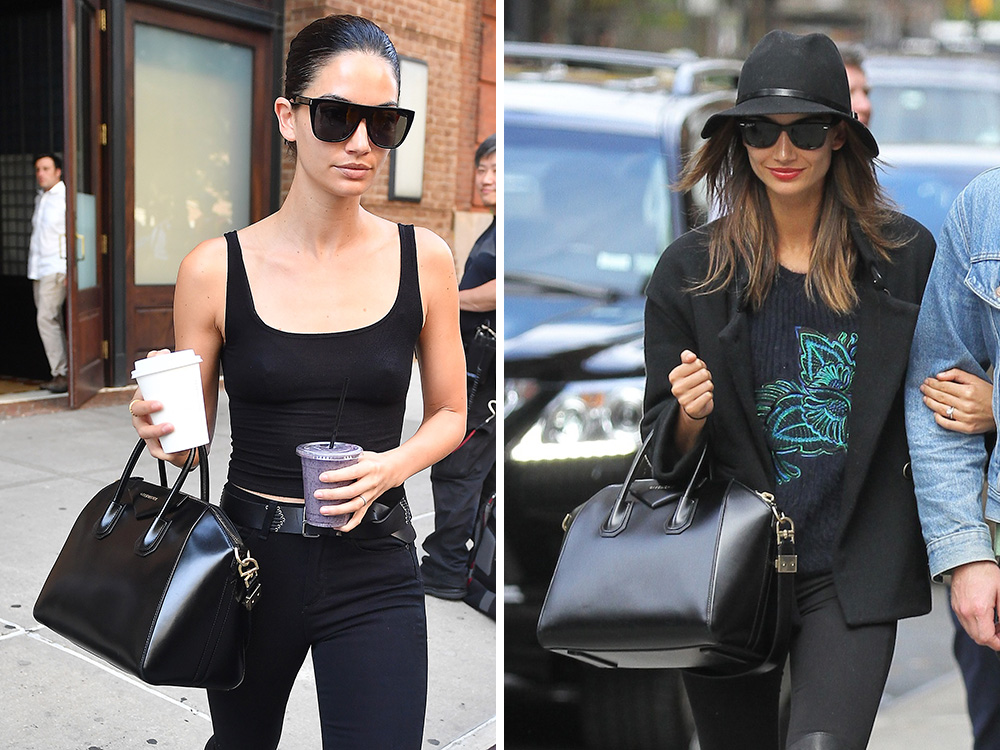 For a group of women with whom designers are often extremely generous, supermodels tend to be pretty loyal when it comes to their bags. For example: Miranda Kerr can’t put down her Mansur Gavriel Bucket Bag, Gigi Hadid is obsessed with her Versace Palazzo Empire Bag and Chrissy Teigen loves her Givenchy Antigona. Chrissy isn’t the only model having an extended affair with an Antigona, though; Victoria’s Secret Angel and catwalk veteran Lily Aldridge has also carried her glossy black Givenchy Antigona again and again over the years.

Most people have a particular neutral they tend to stick with, and based on paparazzi photos, Lily’s is definitely black. She also wears a lot of Givenchy in general (which is perfect for a black-clothing devotee), and her Antigona fits that aesthetic perfectly. She first popped up with one of the bags in 2013, as far as we can tell from our photo archive, and its been making repeat appearances on her arm every since.

Below, we’ve amassed all the different ways Lily has styled her Antigona, and we think you’ll see her style is pretty consistent. You can pick up a bag just like Lily’s for $2,280 via Neiman Marcus. 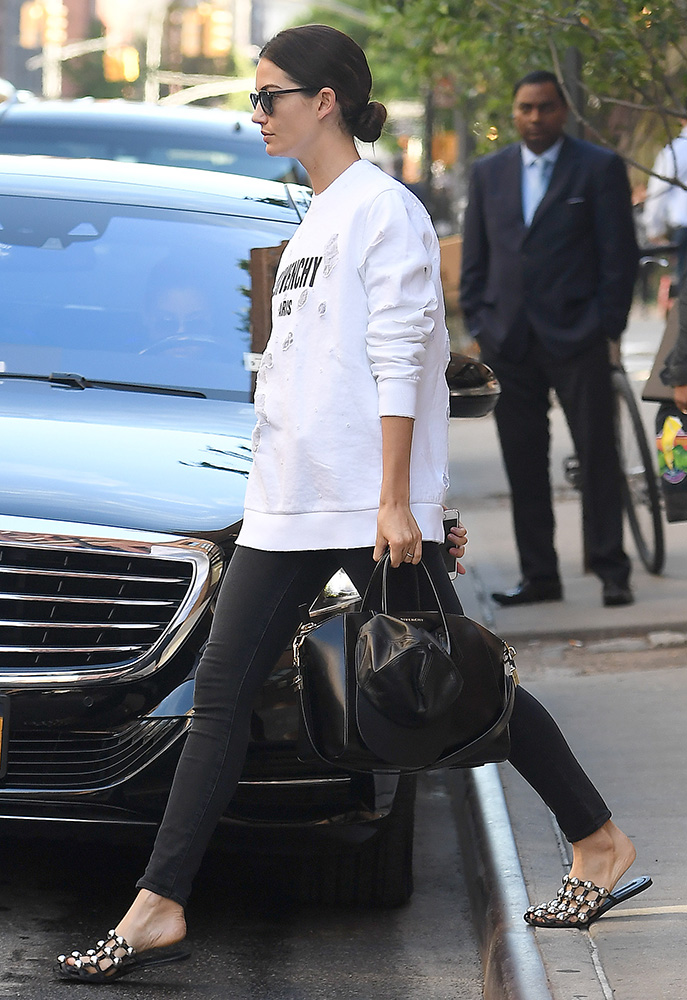 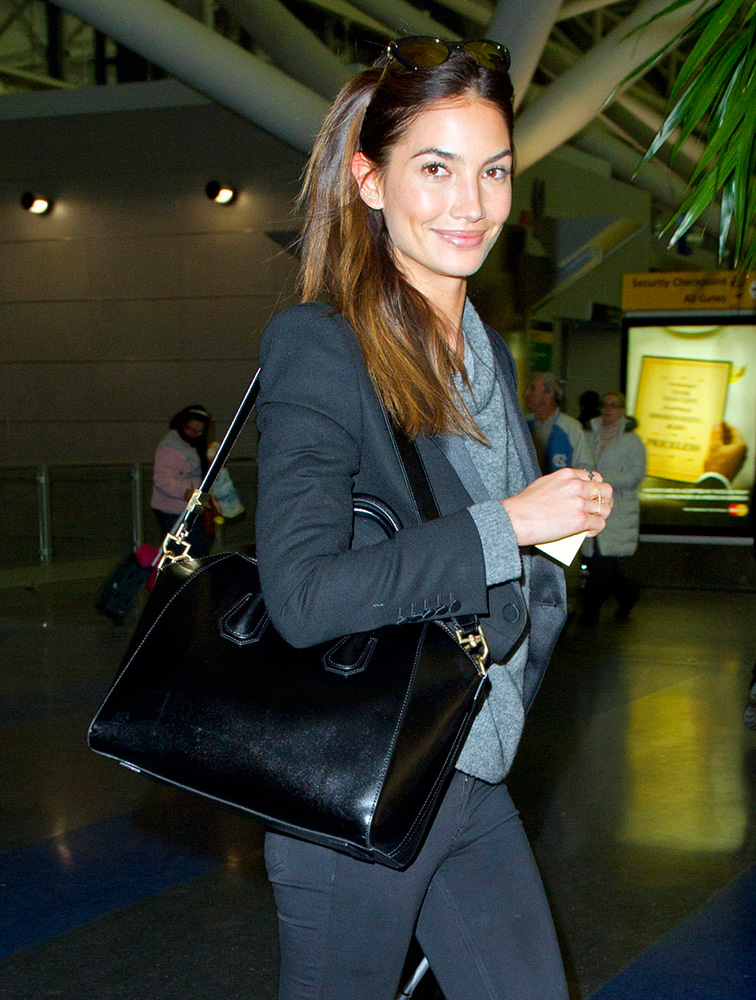 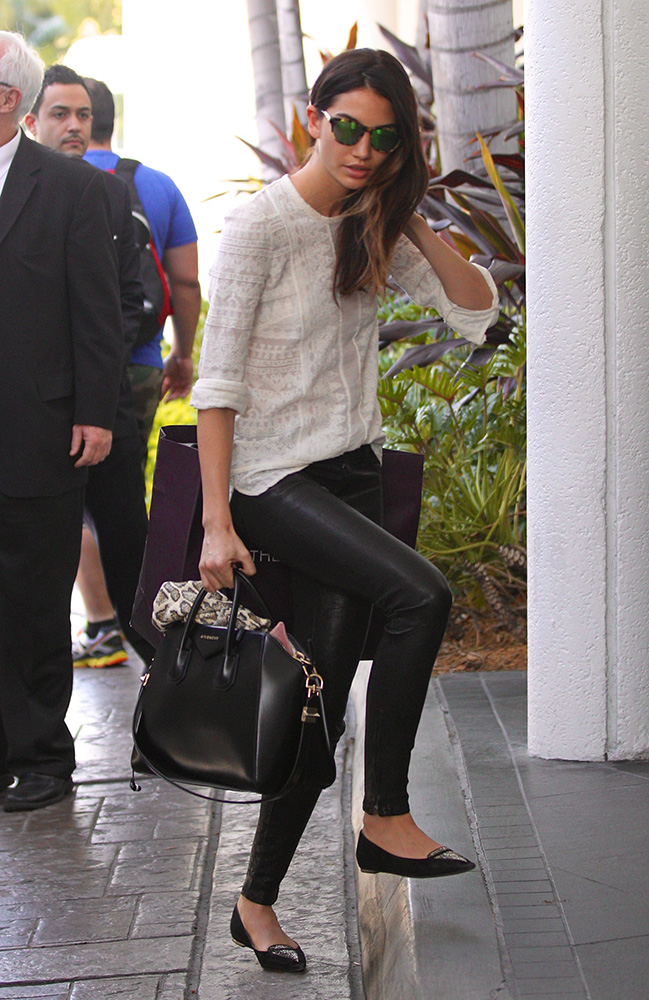 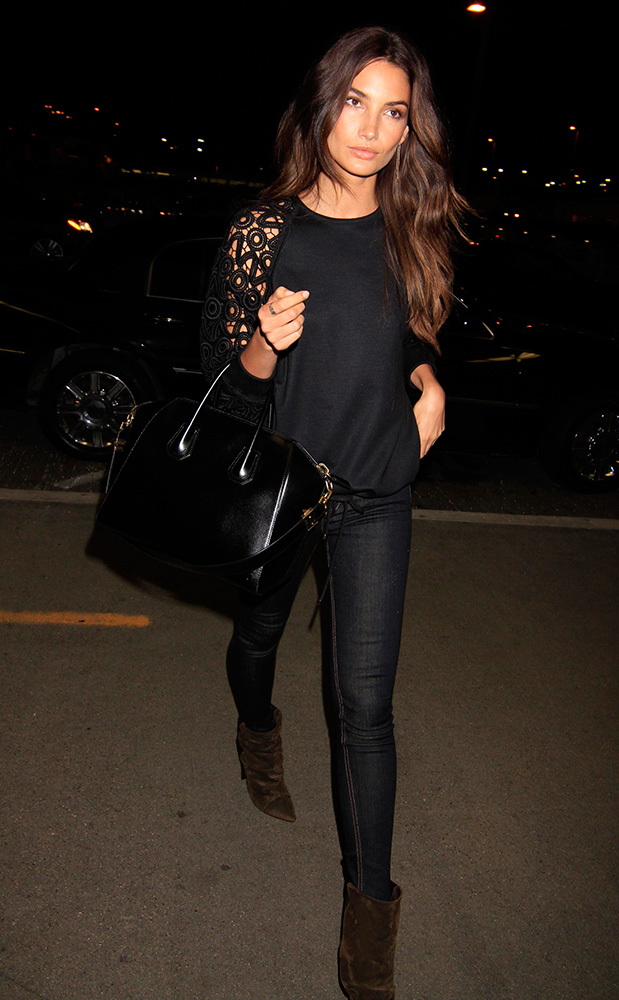 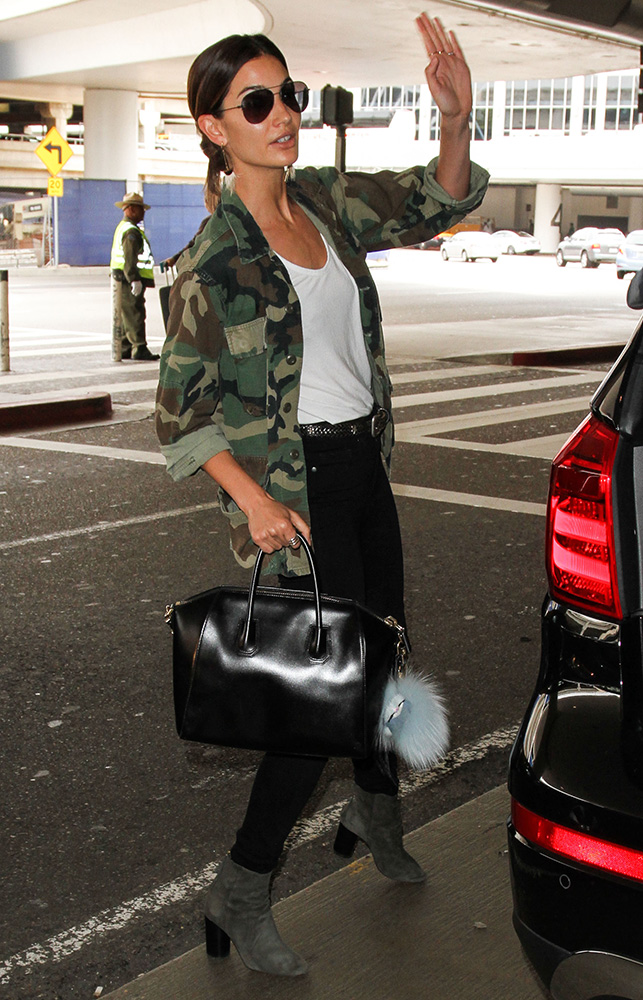 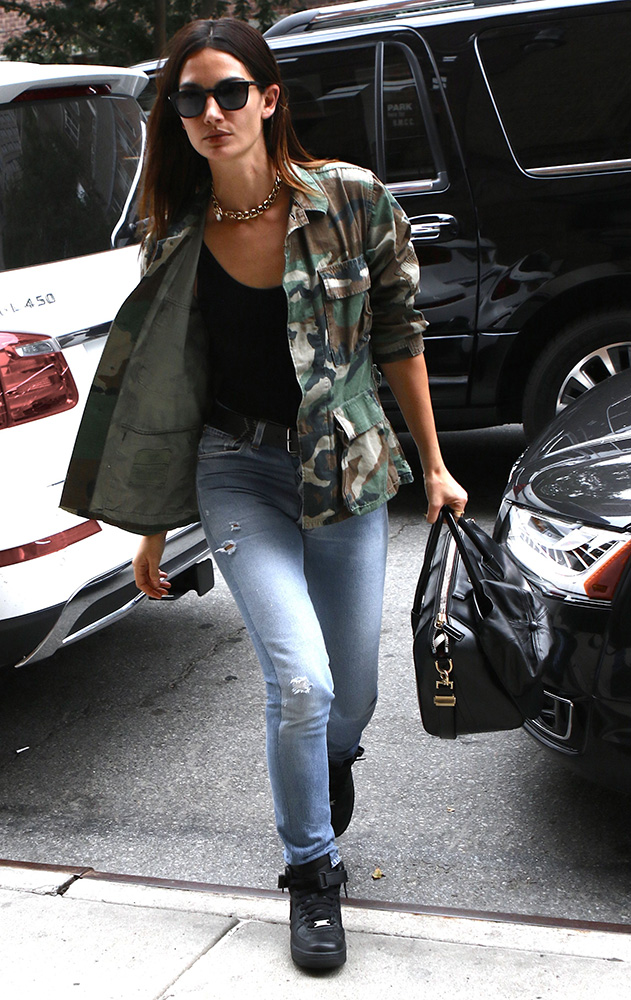 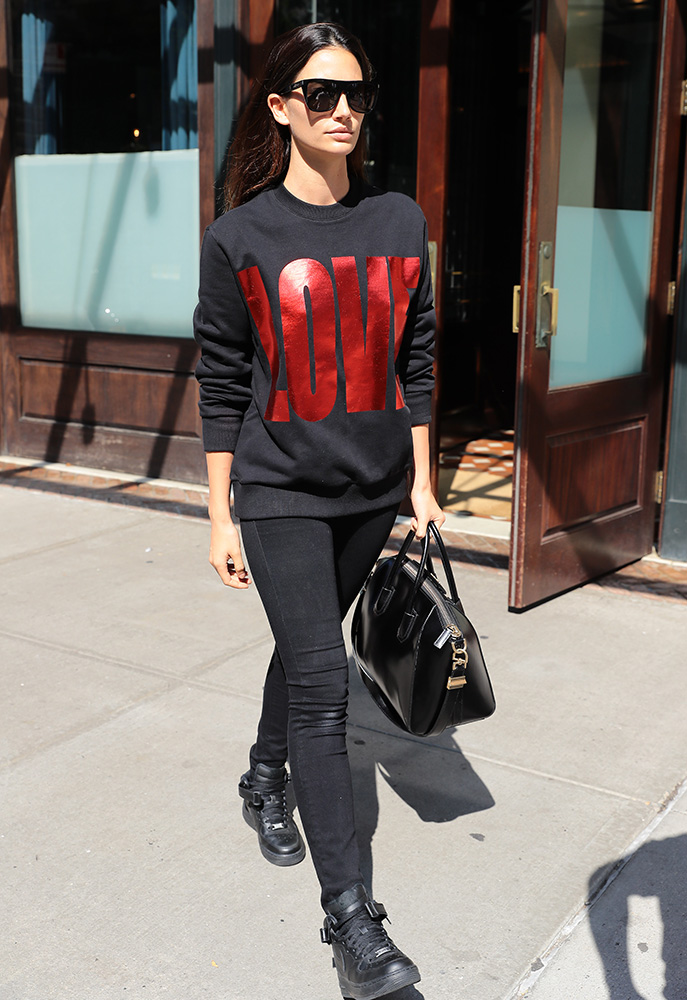 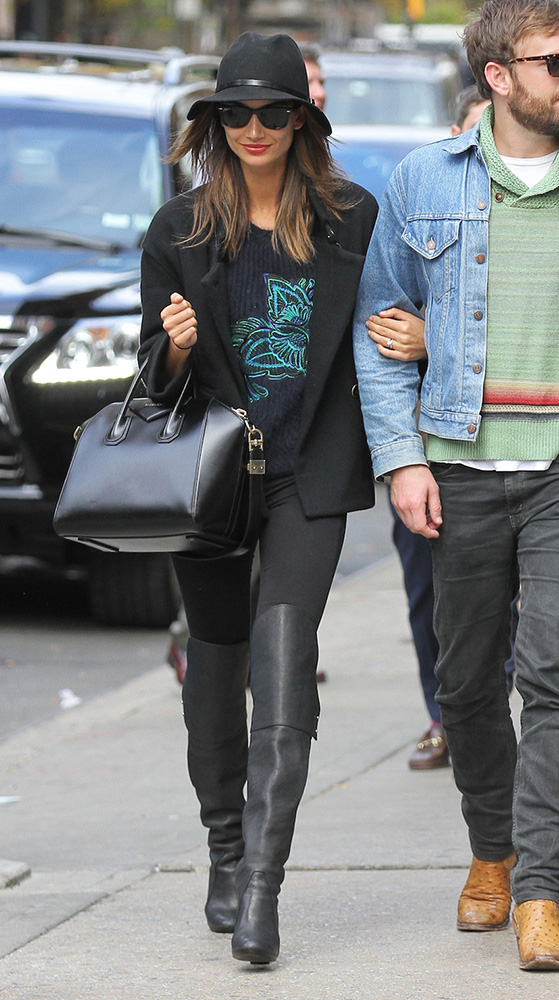 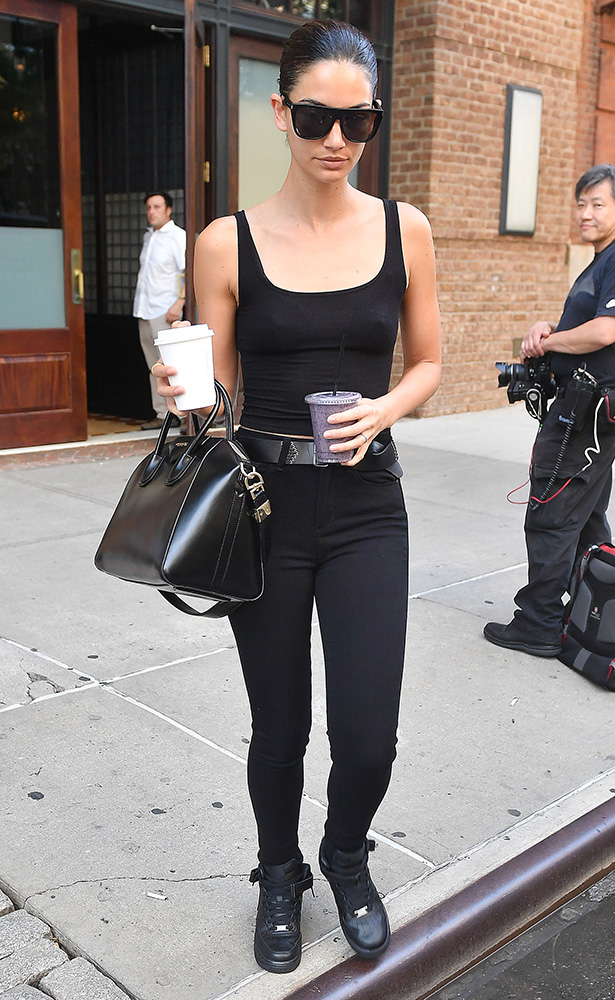 Anyone knows who makes her belt in the last picture? Thanks 🙂

I absolutely love Lily, she’s such a babe!
Brigitte x

Antigona is such a great bag!

Correct me if I’m wrong but those bags are all medium sizes except for the last one which seems small, right? 🙂 I’m waiting for mine in the mail at the moment! 😀

They are all the same Medium-sized bag.

Thanks. Wow is she tall or what. 🙂

Superb pics. love those bags. Thanks for sharing.

I agree, she’s just gorgeous and the fact that she’s married to Caleb Followill makes me envy her even MORE!! She absolutely ROCKS her Antigona!!

Well, her bag does go with everything, that’s for sure. I love her sandals in pic 1. Does anyone know who makes thos?

I think they are Alexander Wang sandals.

Just was gonna ask the same. Pls must have.

Those are the Amelia sandals from Alexander Wang. Unfortunately, I can’t find the link because they are sold out everywhere : (

She’s wonderful. Annoyingly so. There is a great youtube clip she does with some tv host about ‘what’s in my bag’.

Took a long time before the Antigona grew on me, but honestly one of my best buys and most used bags of mine once I did.

Now this is how you wear a Givenchy bag! Her street style is perfect for the Antigona bag. Makes me want to run out and buy one now!