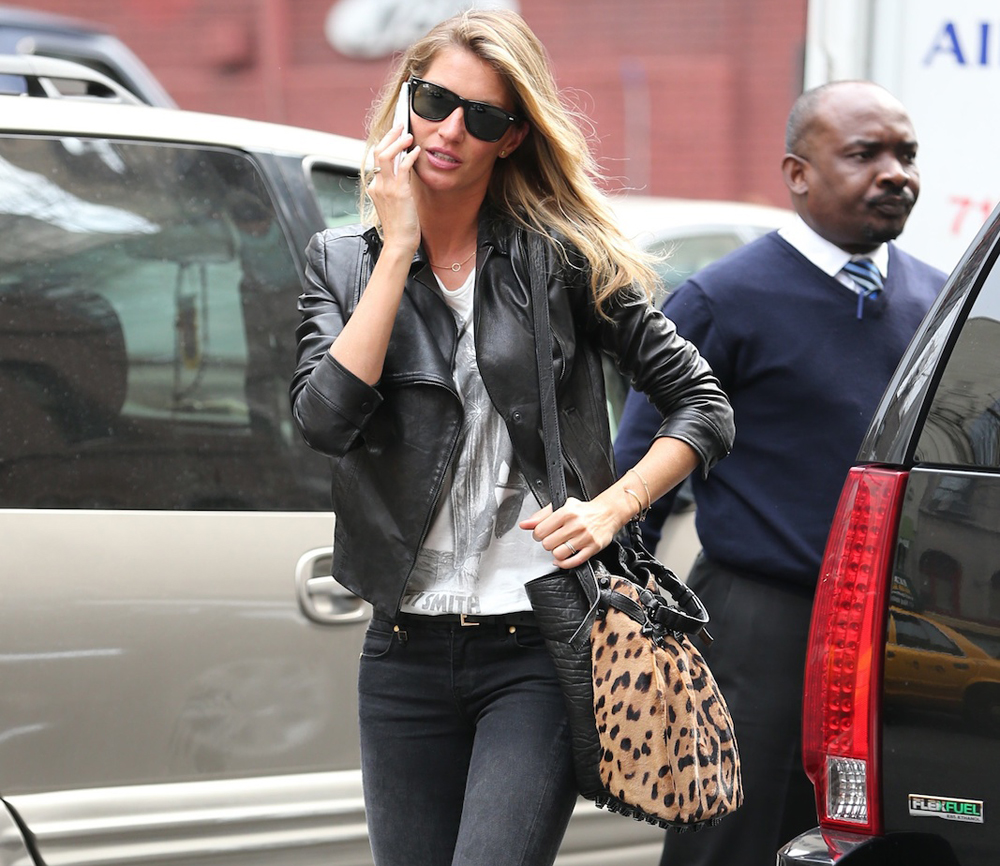 Gisele Bundchen was recently spotted leaving lunch at Nello in NYC to embark on a little shopping spree. She's carrying an Alexander Wang Diego Leopard Bucket Bag, which was produced several years ago and is completely sold out. Gisele is a friend of the brand and has walked in Wang's runway shows before (despite the fact that she rarely deigns to walk during NYFW), so it makes sense that she managed to get her hands on one. You can still find a plain black version of the Diego (which I would not think of as plain in any other context) at Bergdorf Goodman for $875.

Gisele is a supermodel who pops up on our radar a lot less frequently than Alessandra Ambrosio or Miranda Kerr, but that's because she lives a more low-key (though no less luxurious) celebrity lifestyle. Nonetheless, it's hard to speculate about a celeb's bag-buying, designer-loving habits when they manage to strategically avoid the paps like Gisele does. We did catch her back in February at LAX with a chic, black Balenciaga Tube Shoulder Bag, though. 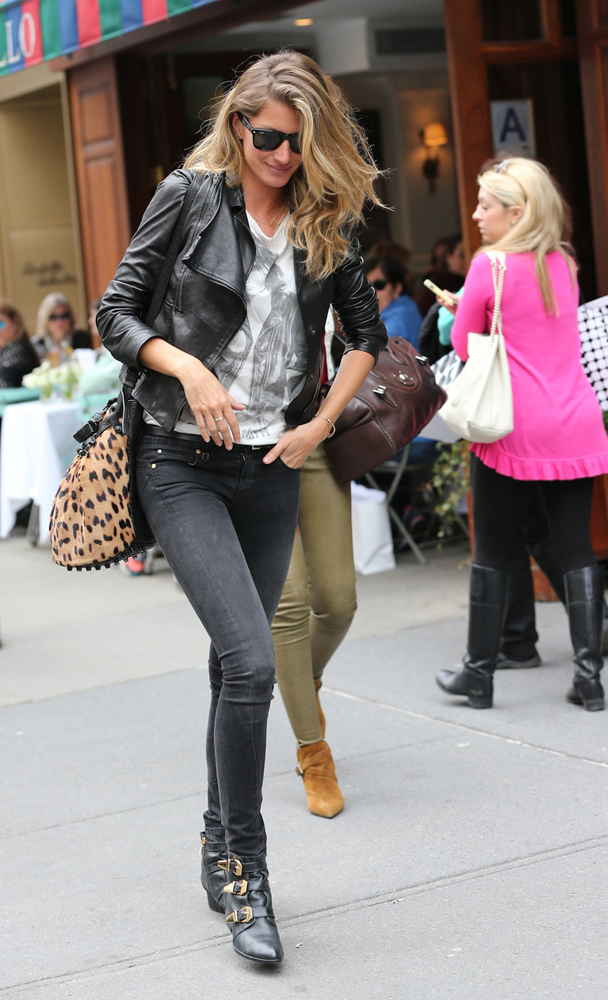 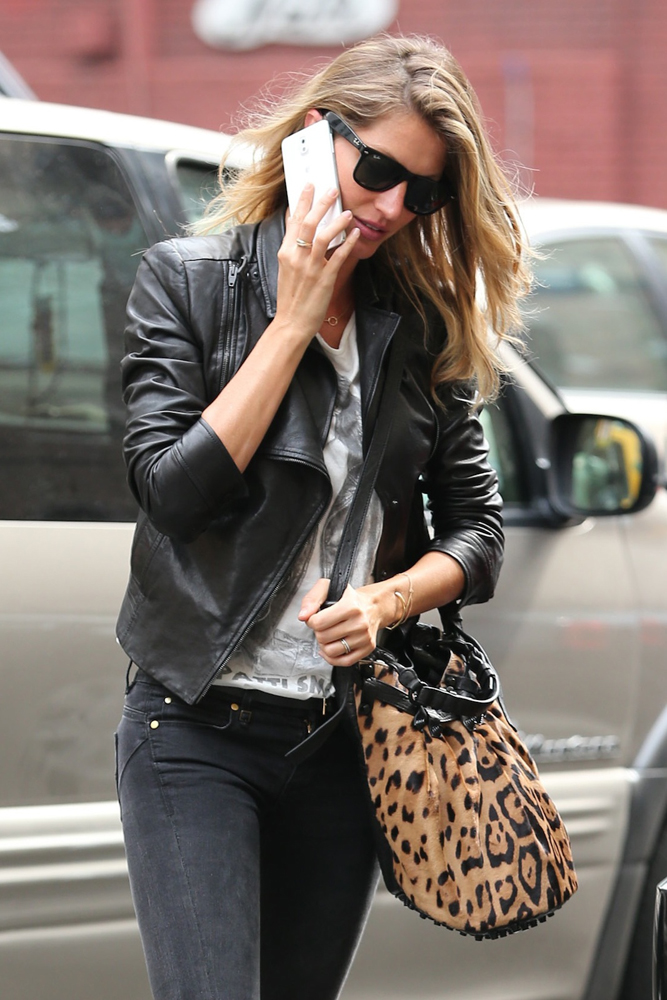 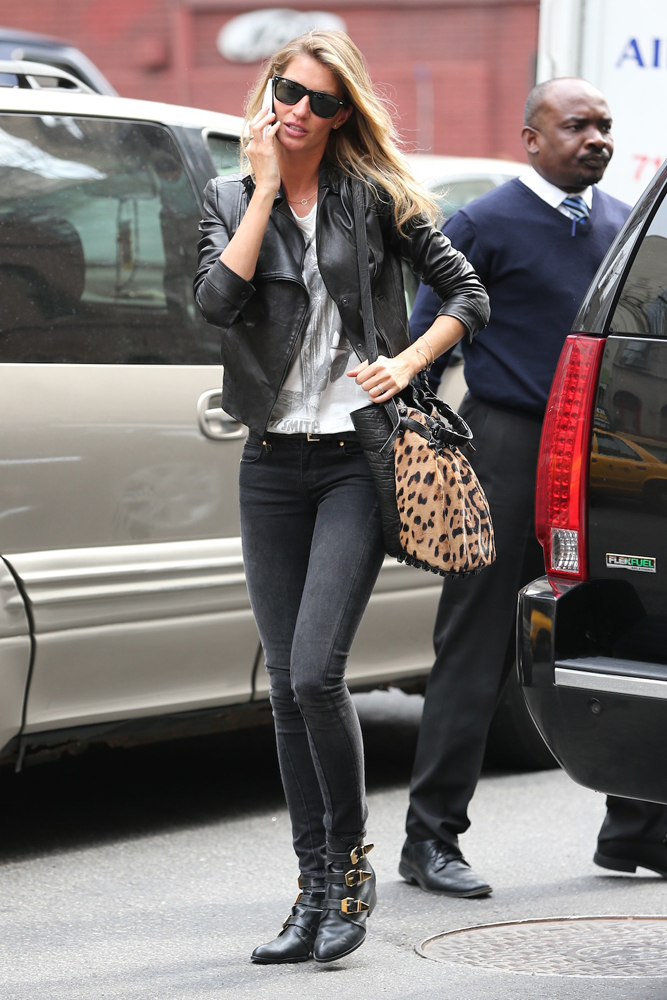 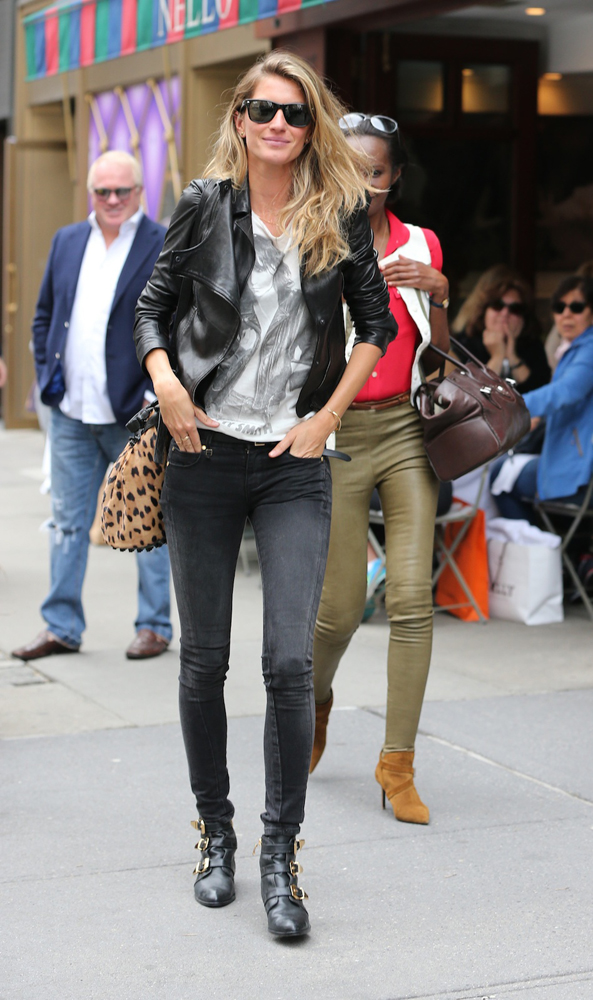