Celebs Carry Covetable Picks from Hermès, Gucci and Valentino All Around Town

and Paris Hilton graces us with her presence not once, but twice in NYC
By Kaitlin Serio •  Nov 2, 2020
4 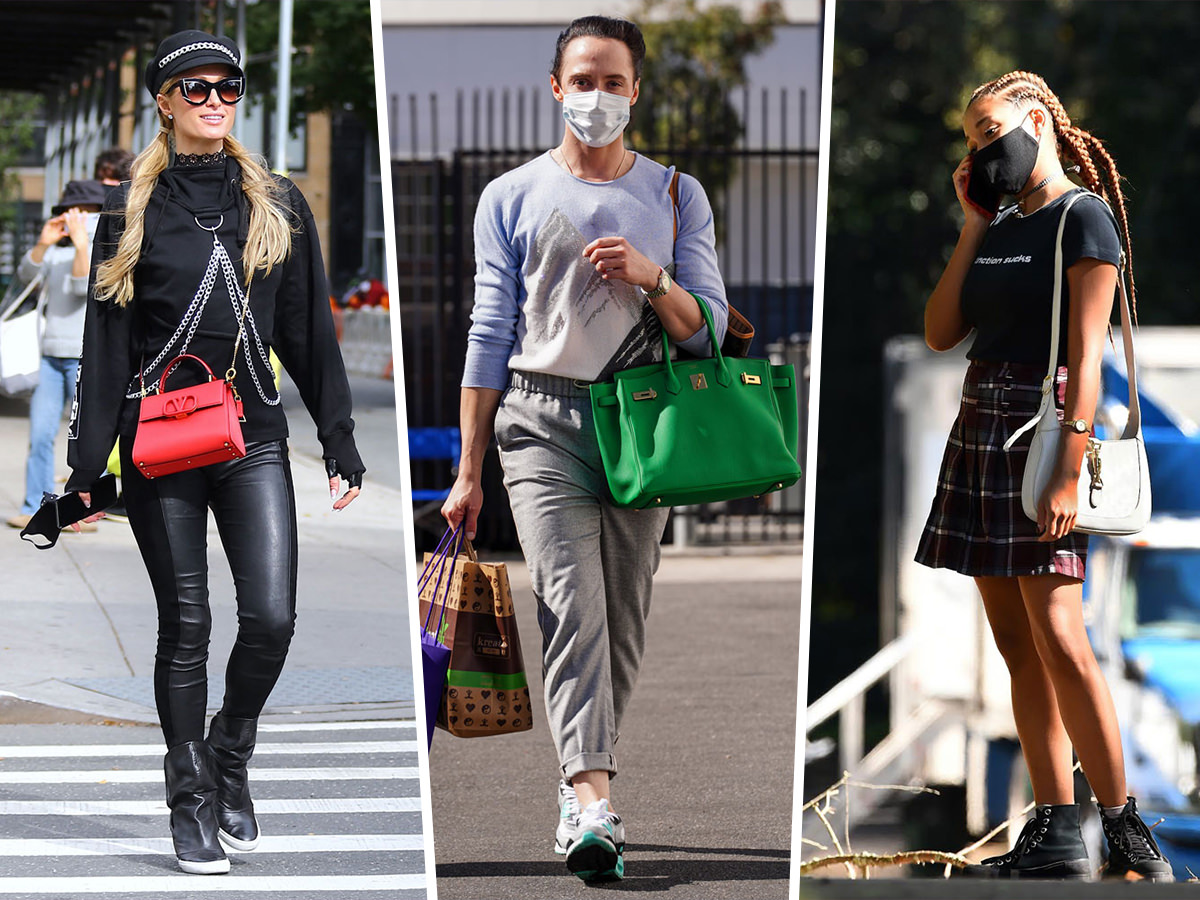 Paris Hilton is back on our radar. Ever since the star released her YouTube Documentary This is Paris we've seen quite a fair bit more of this iconic star. The selfie-creator, reality TV pioneer and handbag lover is undeniably a pop-culture icon. The LA-based jetsetter made her way to NYC where she's been spotted around town with her sister, and celeb bag regular, Nicky. Per usual, the pair was seen with their best bags in tow. While both sisters are style-stars in their own right, their choices couldn't be more opposite. Nicky was seen carrying one of her many classic Birkin bags and Paris was spotted wearing velour bell-bottoms that are so 2000, though her top is too long for us to decipher if they're also low-rise (dear lord, let us pray they're not!), and an MCM backpack that doubles as a speaker. Nicky's consistently sleek picks lead us to believe she'd never ask Paris to borrow this bag!

Meanwhile, filming continues for the upcoming Netflix miniseries Inventing Anna, which chronicles the life of a fake heiress who conned her way into New York high society and actress Julia Garner was spotted carrying an adorable Gucci Zumi Mini Bag on set. Bag sleuths were quick to point out the authenticity of her last carry, and while it's impossible to tell if this little Gucci is the real deal, maybe we've reached the point in the series where the lead has tricked her way into snagging the finer things in life? What do we think? 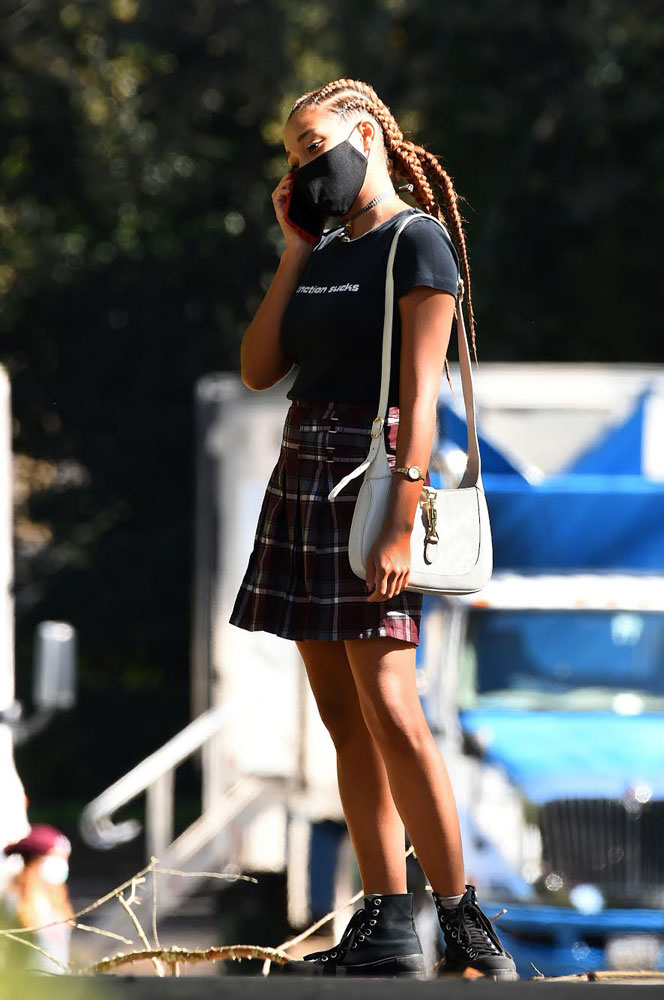 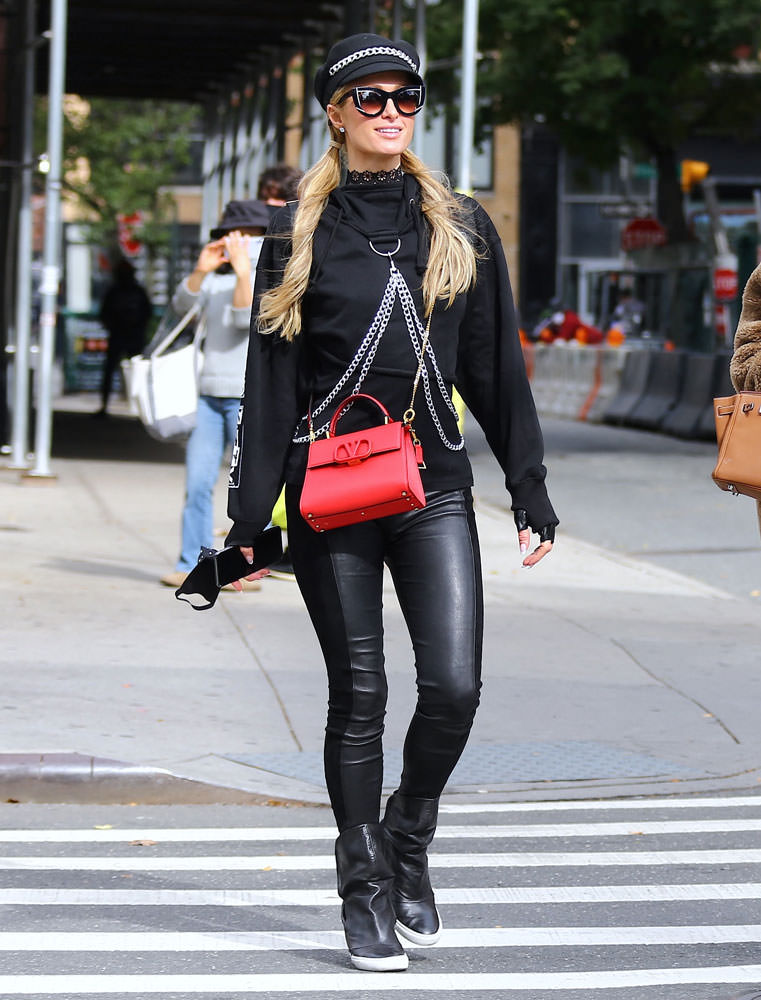 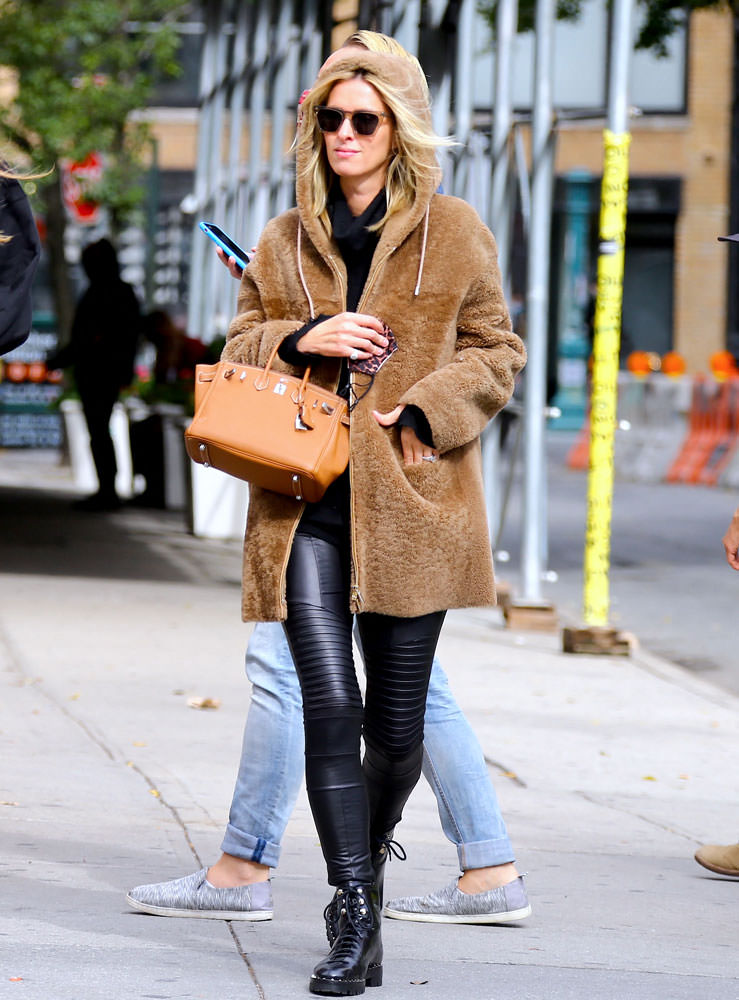 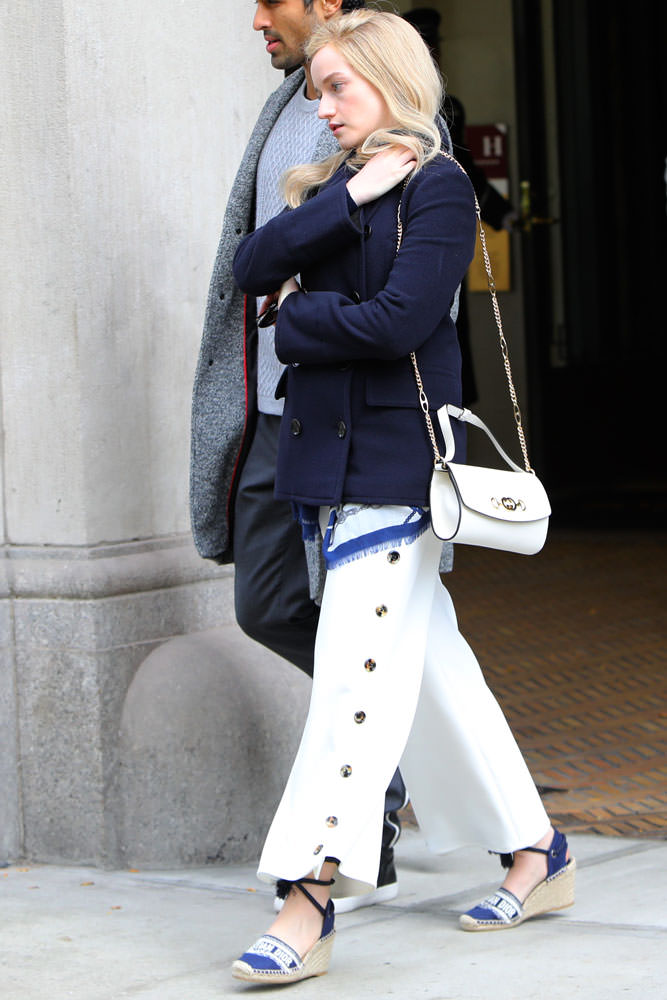 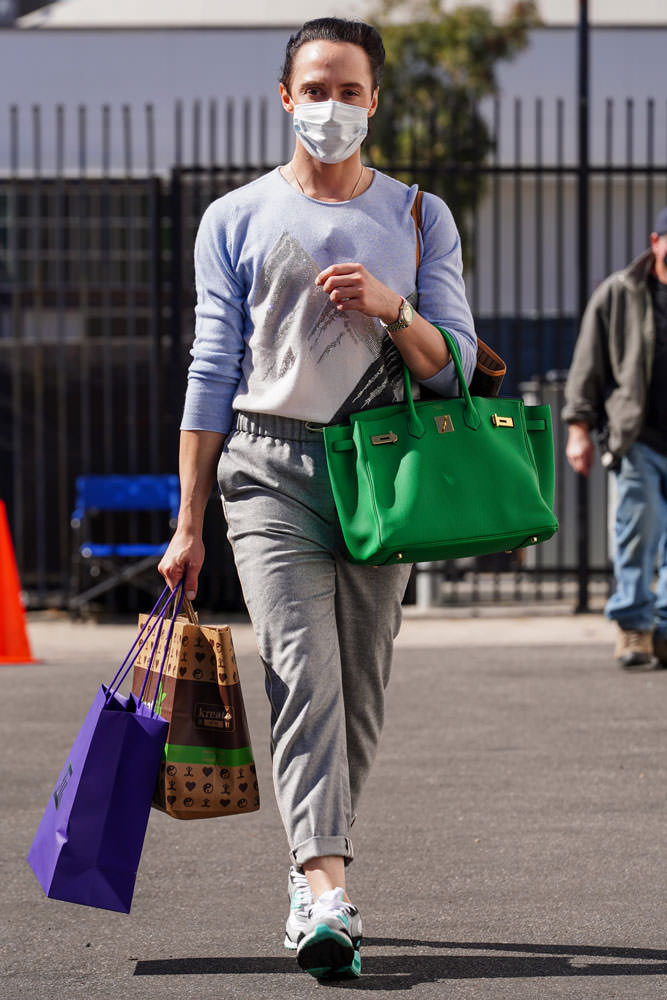 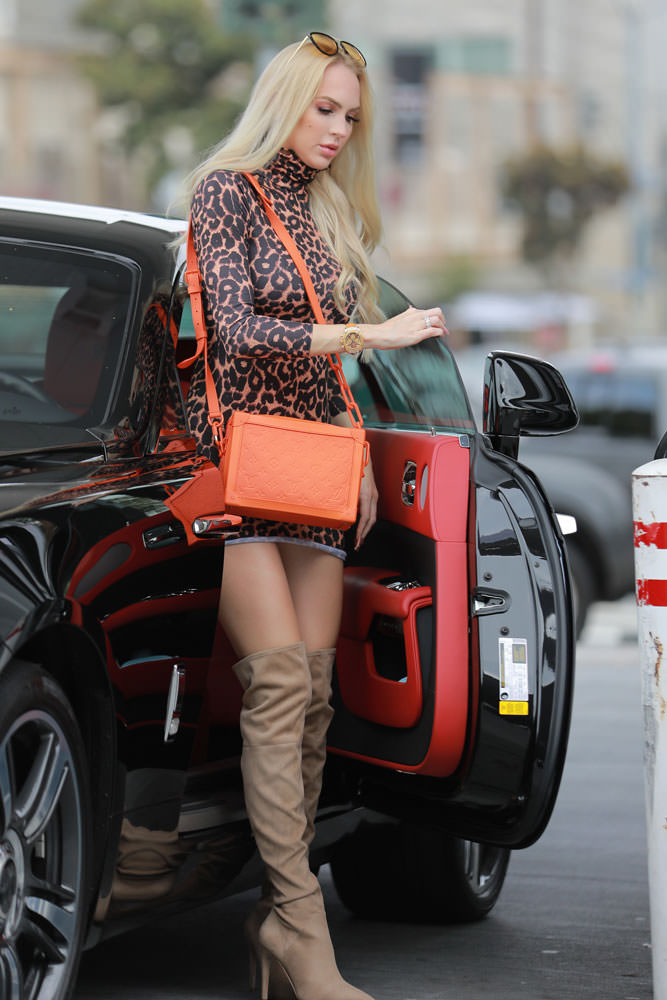 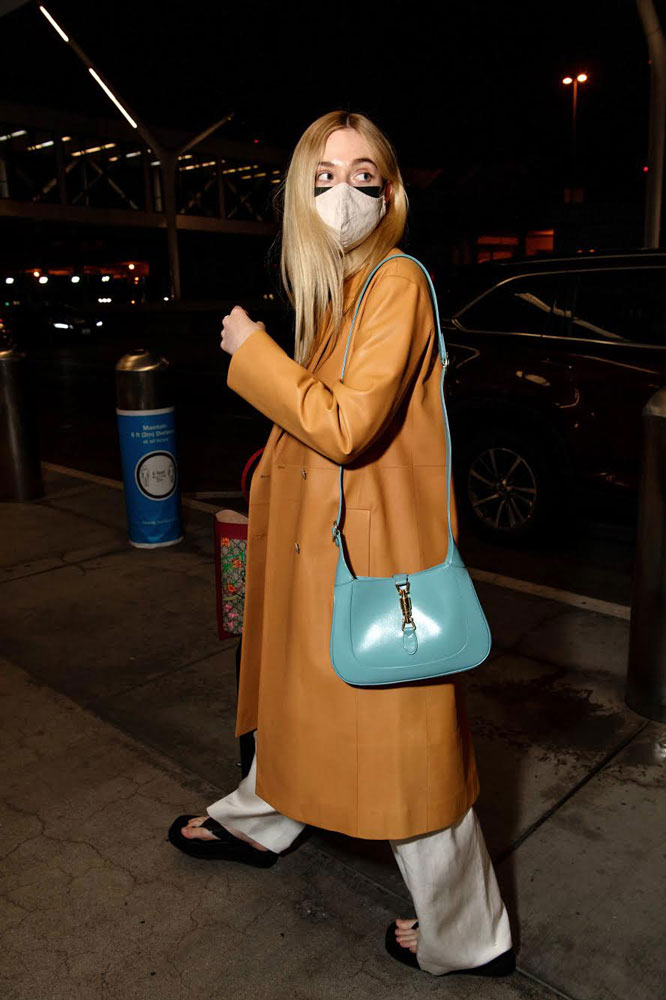 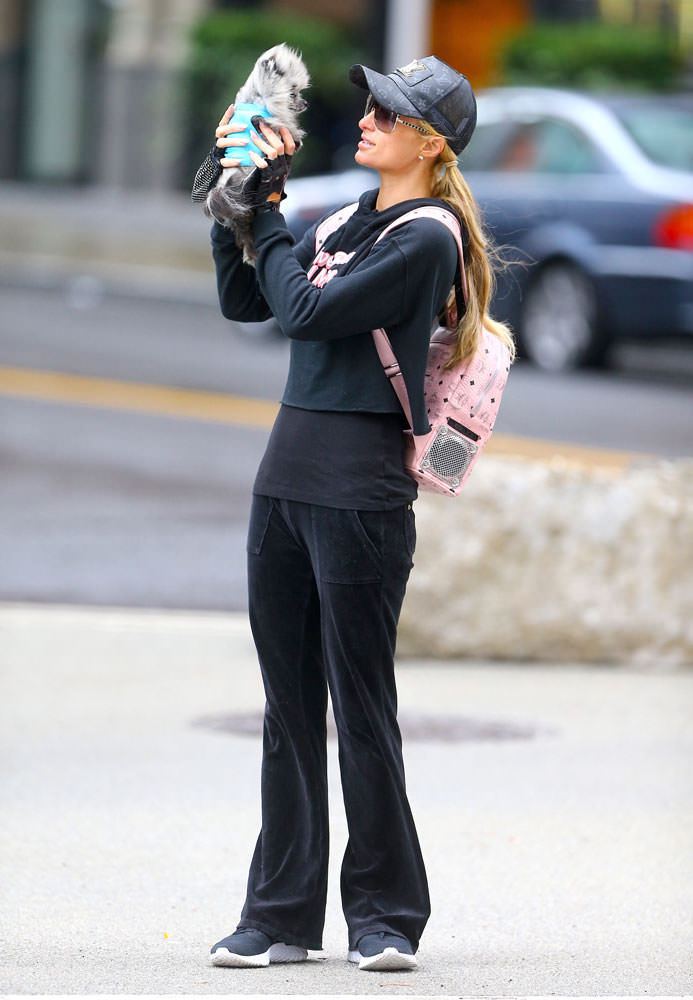