Celebs Stick with Chanel and Hermès This Week, As Ever 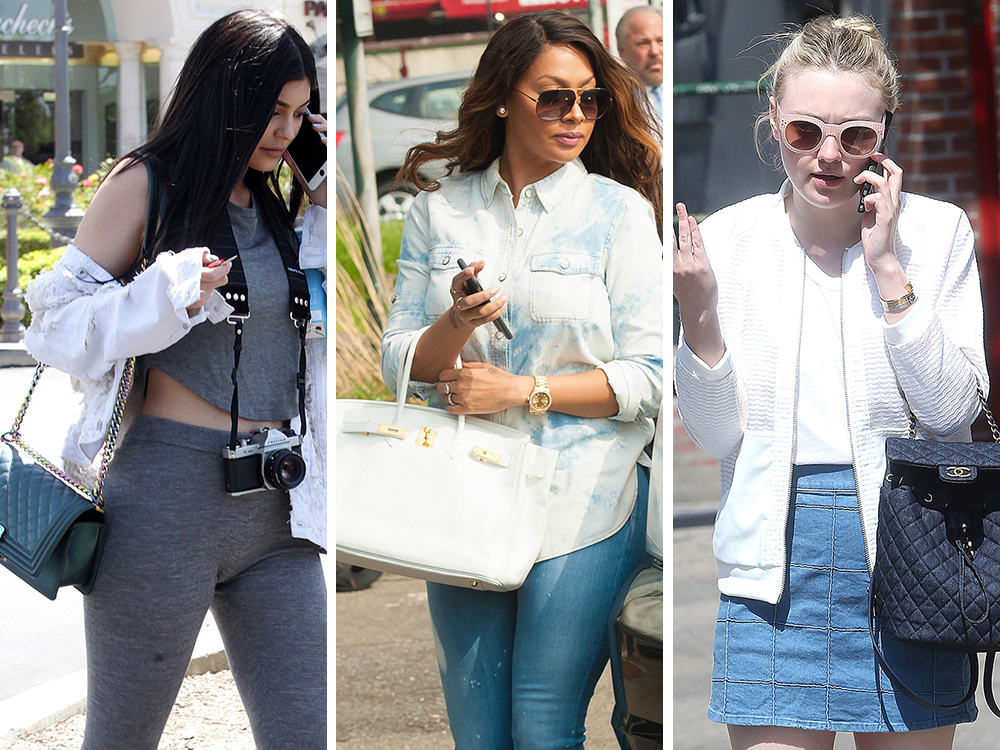 Celebs have turned back to their Chanel bags and Birkins in a big way this week, and it seems fitting, because what else should you carry when you’re standing on a helipad? Love them or hate them, few bags communicate the sense of wealth and power that a Birkin can, and that’s why the celebs we both love and hate (and love to hate) will continue to carry Birkins until the end of time. Or, more likely, until another $10,000+ handbag comes along and displaces the Birkin. I can’t personally predict when that will happen, but time will always march on.

Here’s Christie Brinkley, carrying a black Chloé Hudson Tassel Bag while hanging out with her boyfriend John Mellencamp (Yes, THAT John Mellencamp) in NYC. Christie has owned and loved this style for a while; we first saw her carrying this bag back in November. 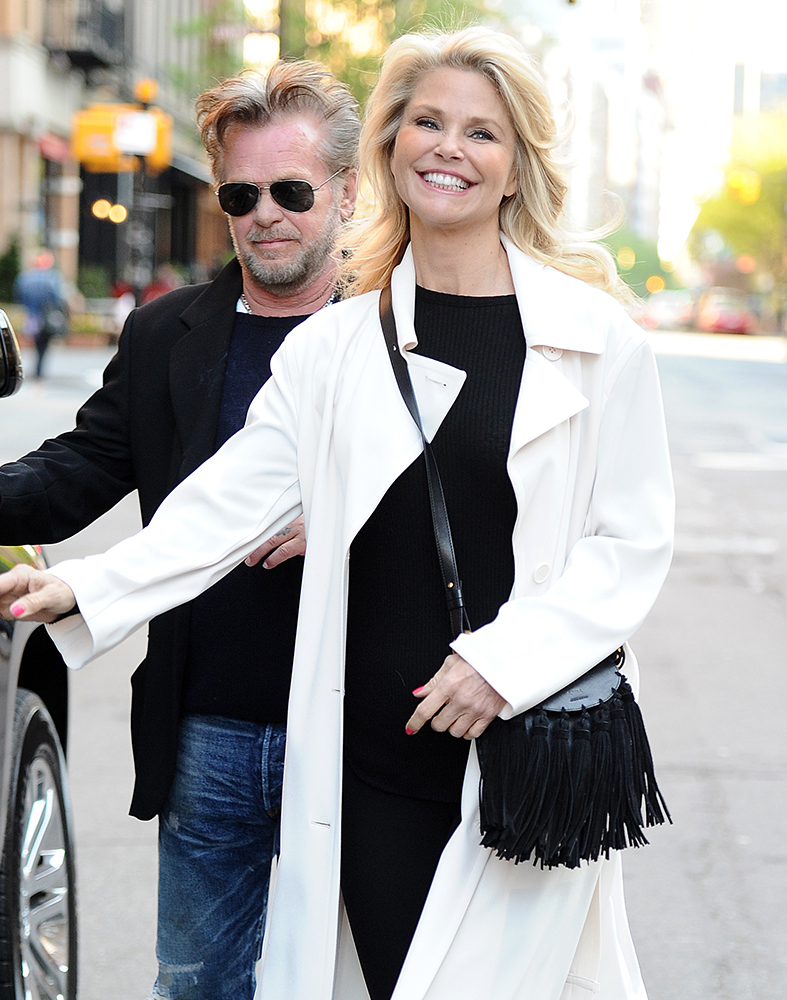 Dakota Fanning does not look happy here, but we’re pretty stoked about her cute Chanel Denim Backpack. Speaking of Chanel backpacks, I’m pretty glad the Chanel Graffiti Backback has quietly phased itself out. I don’t miss it at all. 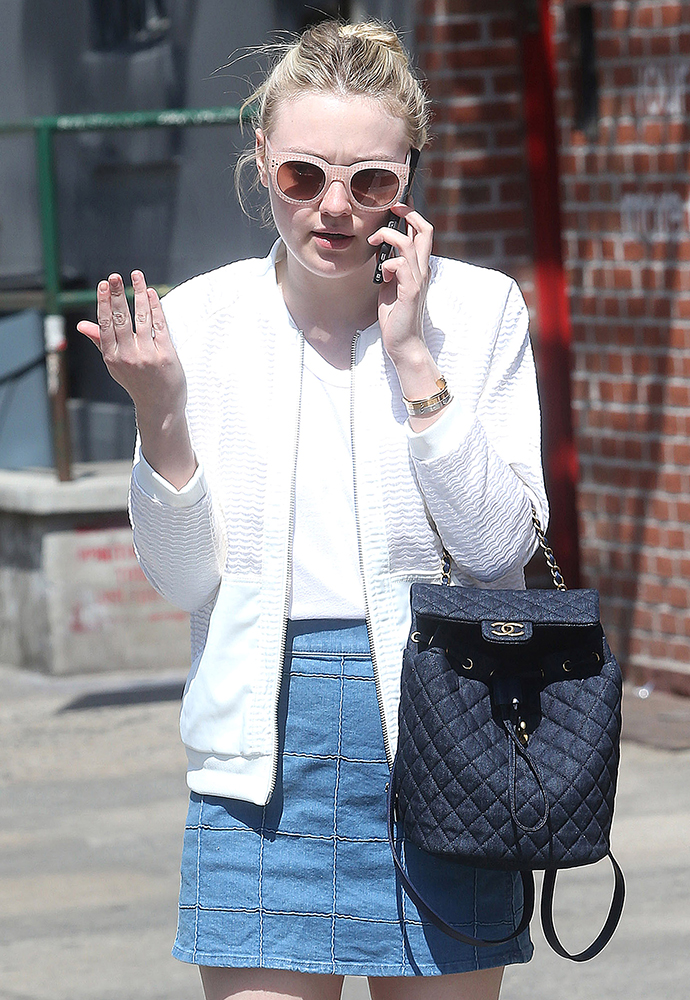 Birkin-lover Heidi Klum was recently spotted at the UK’s Heathrow airport with boyfriend Vito Schnabel and–what else?–a Birkin. This is a lovely blue version that we don’t see very often. 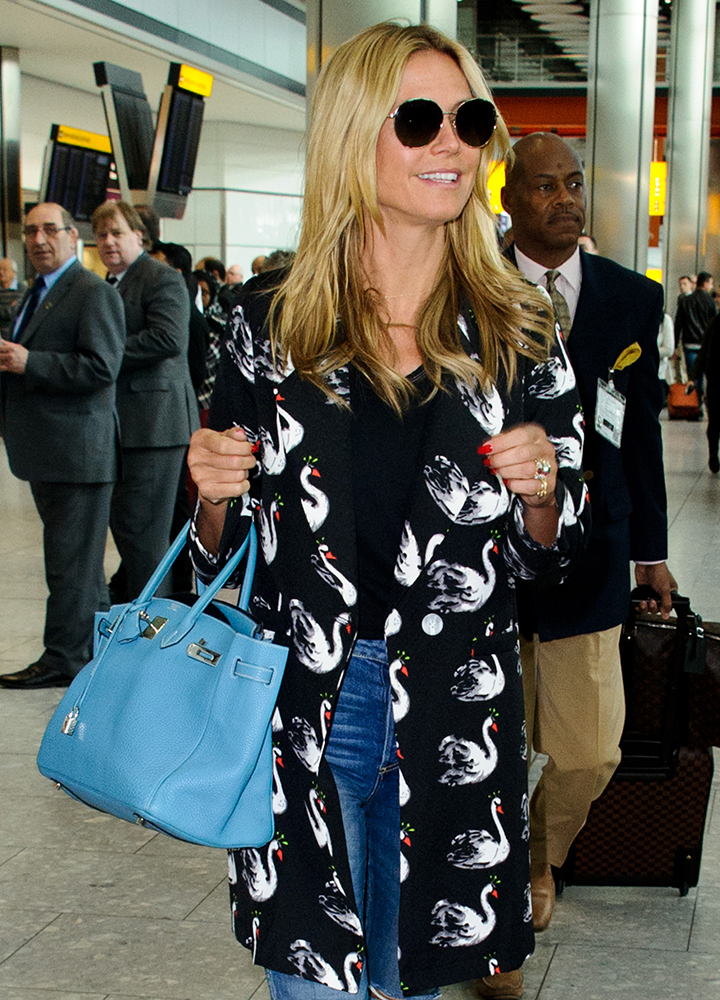 Breaking Kylie Jenner news: Kylie Jenner has developed an interest in analog photography. Here she is carrying an iridescent green Chanel Boy Bag and an old school Pentax camera while doing a little shopping in Calabasas. 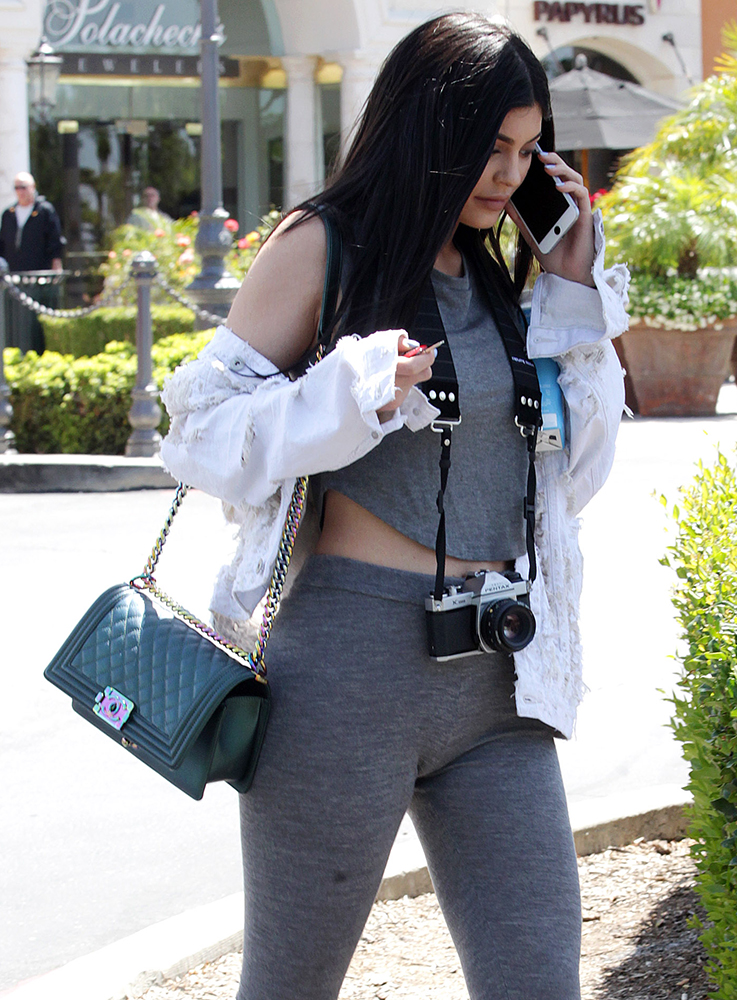 Of course, if you’re going to venture out in public with an Hermès Birkin, why bother with first class at all? Just head for the helipad, like La La Anthony, pictured here arriving at a heliport in NYC with husband Carmelo Anthony. 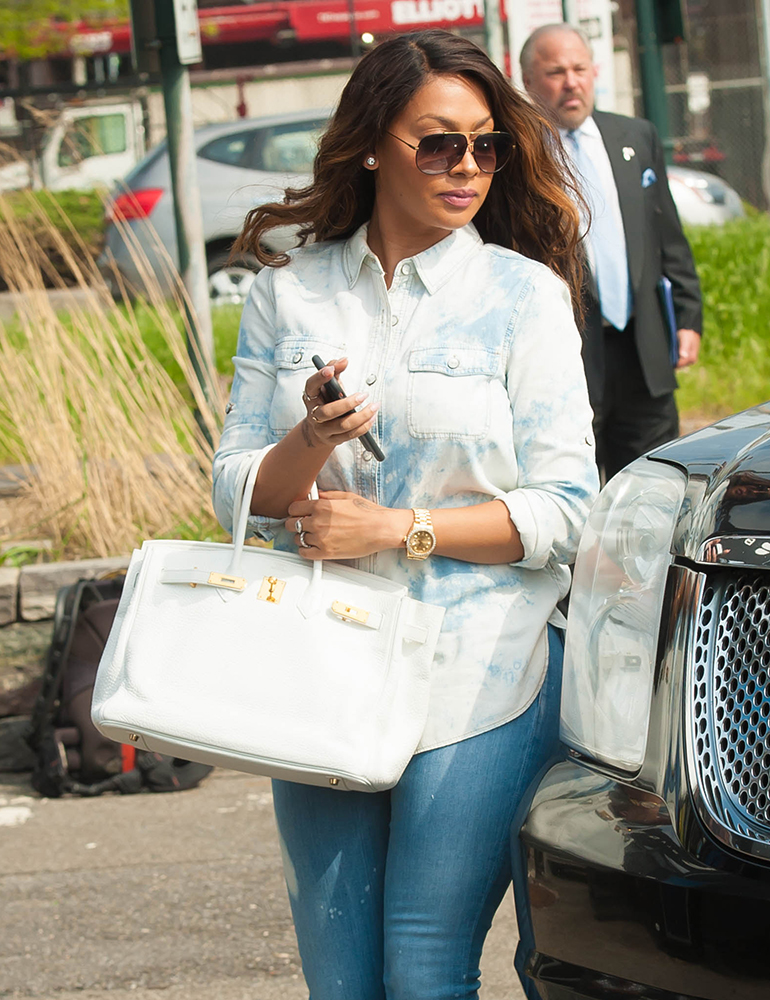 Lily Aldridge has been spending a lot of time in LA lately, and our photo service has been loving it. Here she is shopping on Melrose with a beautiful black embroidered Saint Laurent Messenger Bag. 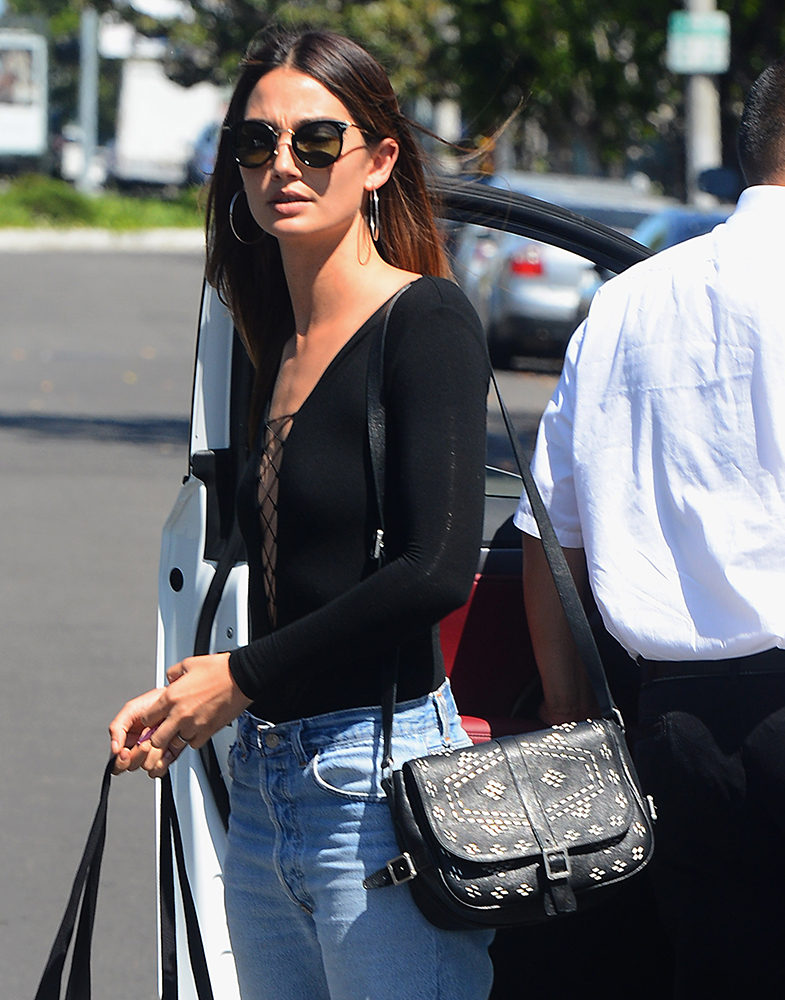 Here’s Aussie model Shanina Shaik, getting some sun in Miami Beach with her boyfriend DJ Ruckus, as models are wont to do. She’s carrying a fetching little burgundy suede handbag with gold hardware from Jerome Dreyfuss. 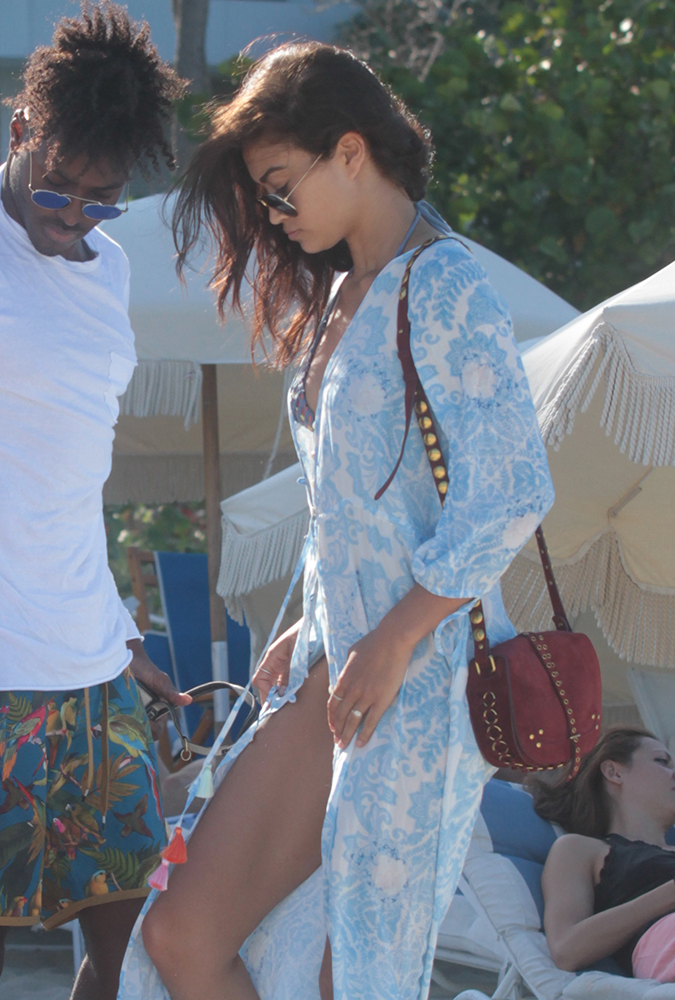 And finally, here’s Pretty Little Liars star Shay Mitchell, keeping her little golden Chanel Mini Flap close as she makes her way through the crowds of NYC. Shay filled in for Kelly Ripa on Live with Kelly and Michael on Monday, and she’s also out doing some early promotion for her new flick Mother’s Day. 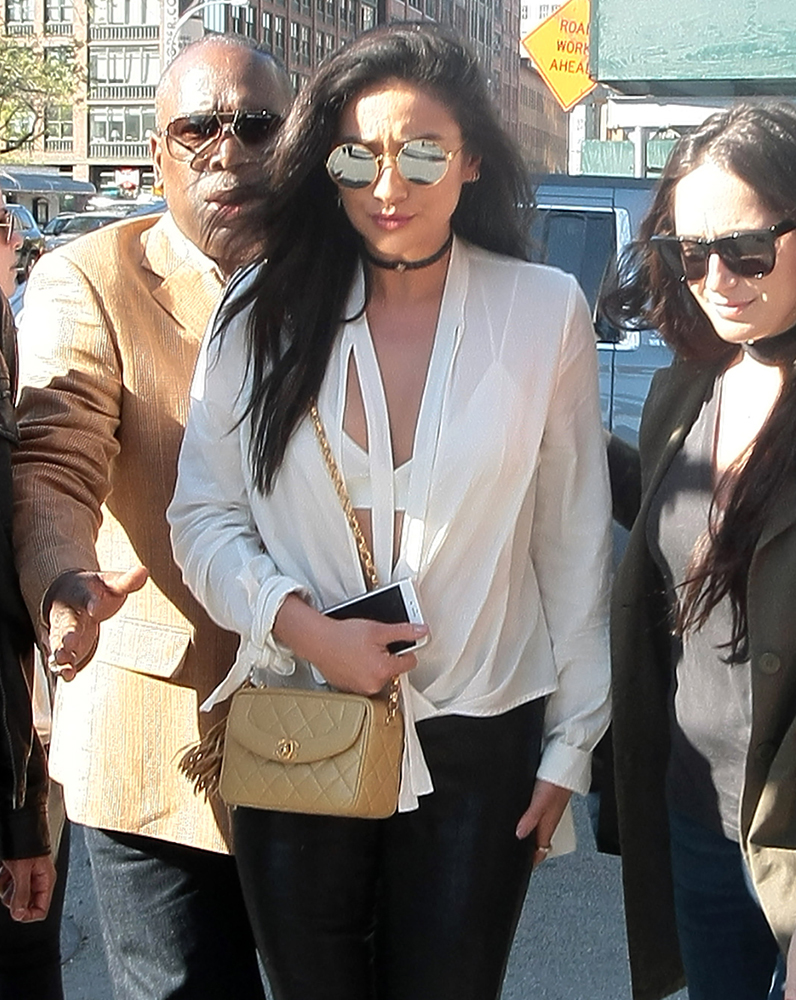 Is that a seasonal Chanel mini (#8)? Looks kinds big for a mini.

Can you please do a collective “The Many Bags of…” women celebrities 50+?

I’m sure we can add that to the list!

I love the Chanel backpack!!

Really? I have a soft spot for that Chanel graffiti backpack. This? Not so much.