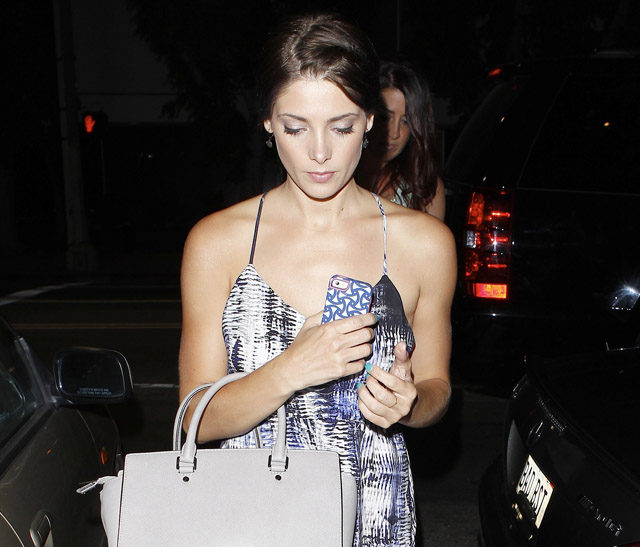 Here's actress Ashley Greene heading into STK Restaurant in West Hollywood with a MICHAEL Michael Kors Selma Tote on her arm. In March, Amanda called the Selma "the best thing going under $400" in her extensive bag review, and I tend to agree. With its sleek, classic shape and subtle flared gussets, this style is sure to weather several seasons. It retails for a mere $358 at Neiman Marcus.

As much as I love looking at Givenchy, Celine, Tom Ford, and the like, it's always slightly more interesting for me to see what the celebs who aren't exactly A-lister millionaires are carrying. Ashley Greene might be well on her way with all that fat Twilight bank, but she's not quite a household name yet (unless your home is filled with Twilight-loving teens) and her bag choices always seem like infinitely reasonable purchases for someone who is still a baby, by Hollywood standards. 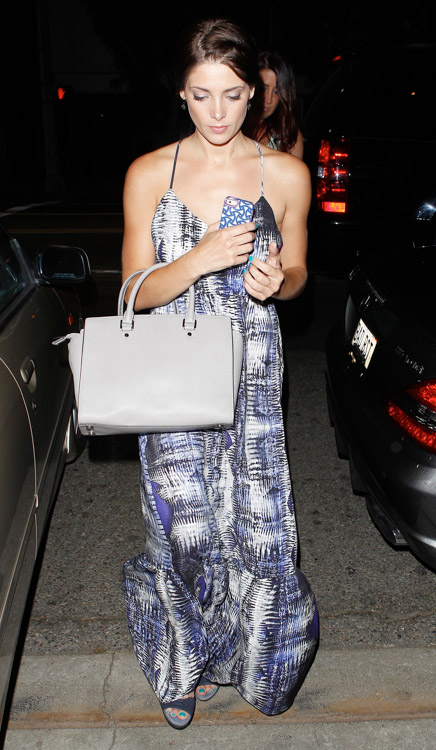 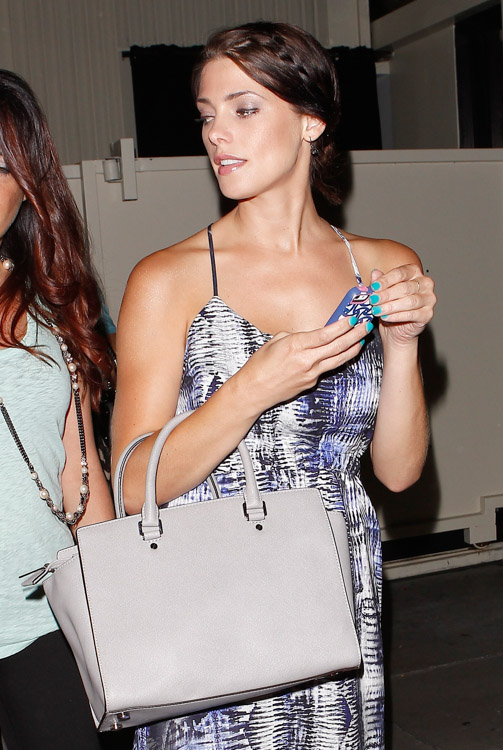 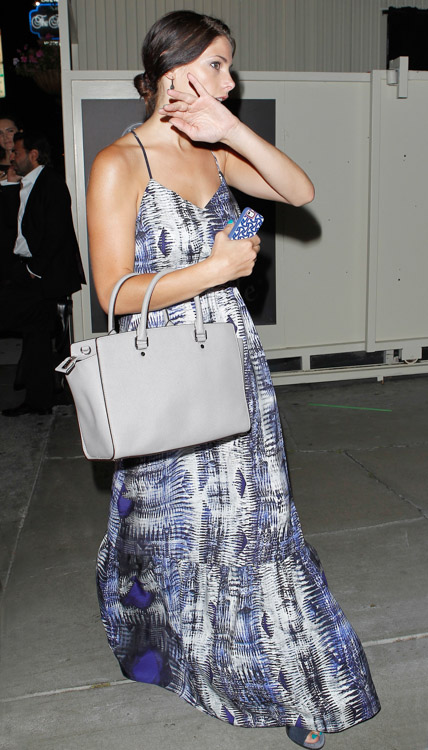 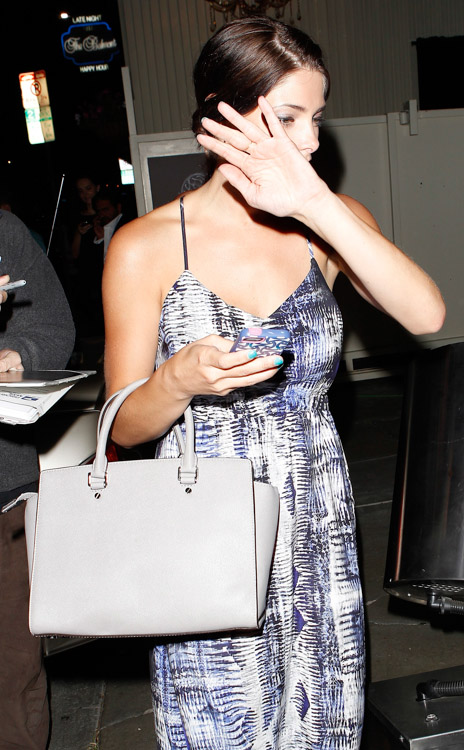