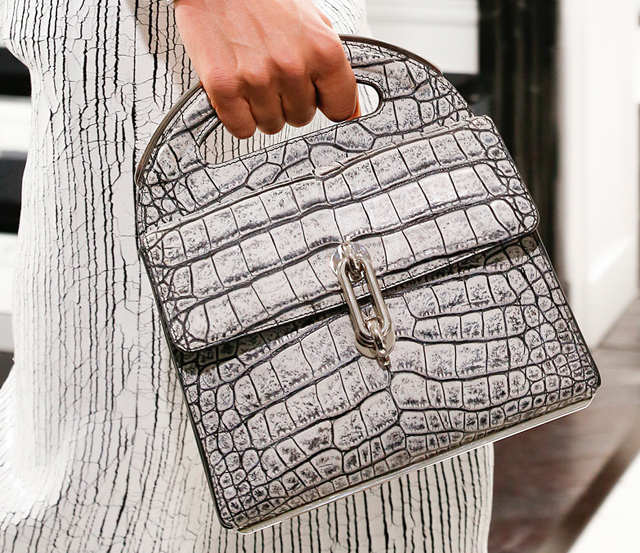 When we discussed the possibilities of Alexander Wang’s handbags for Balenciaga back when the young American designer was named to replace Nicolas Ghesquiere as the head of the brand, most of you were not particularly optimistic about Wang would do, particularly compared to the genius of his predecessor. After all, precious few brands can boast a line that’s been as successful as the Balenciaga Motorcycle Bags, which were Ghesquiere’s brainchild. As it turns out, though, Wang’s Balenciaga Fall 2013 Handbags show some promise, as did the entire collection.

Wang’s always had a good sense of what women want to carry – handbags have long been one of, if not the, most successful parts of his eponymous brand – and the handful of petite, highly structured bags that appeared on the runway showed a good deal of maturity and a good grasp of what’s been going on with Balenciaga up to this point. The angular, fluid closure hardware was also mirrored in cuffs and boots, and with the addition of a long, slender shoulder or crossbody strap, I could see these bags being carried and coveted by plenty of fashion folks. A smart, slightly conservative outing – just what Alexander Wang needed. 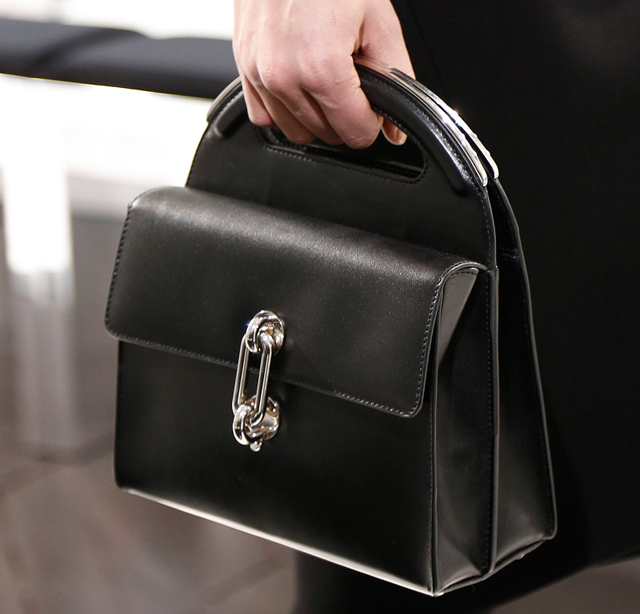 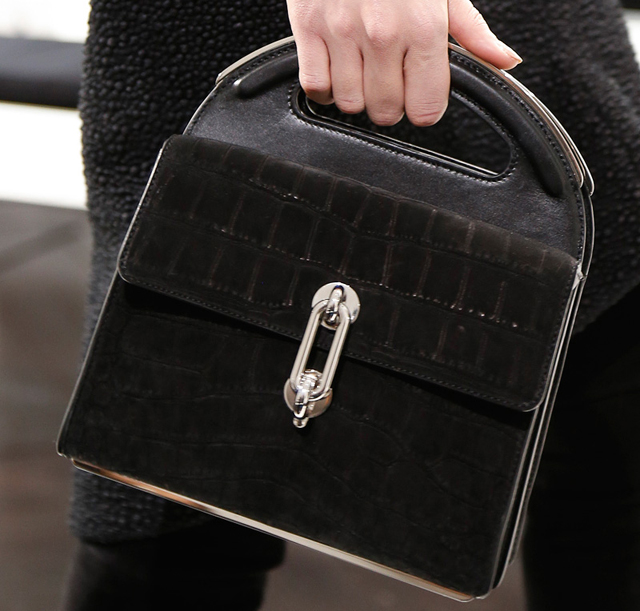 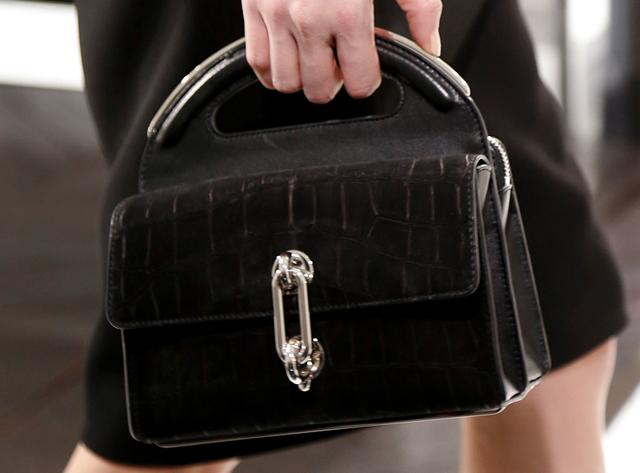 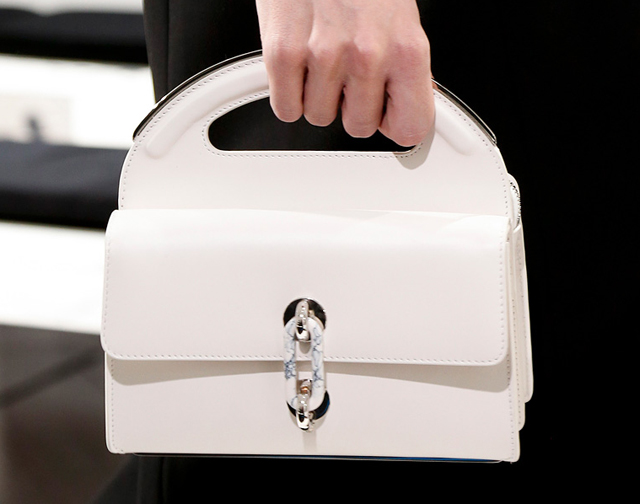 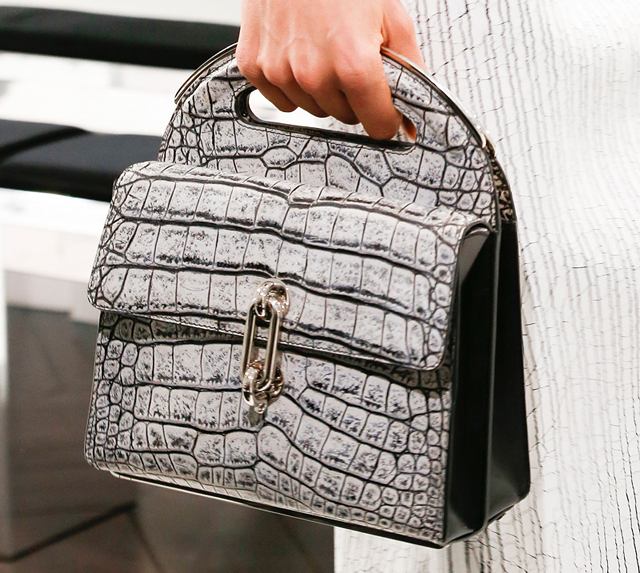