NastyGal rips off the Givenchy Rottweiler Antigona Tote, right down to the photo 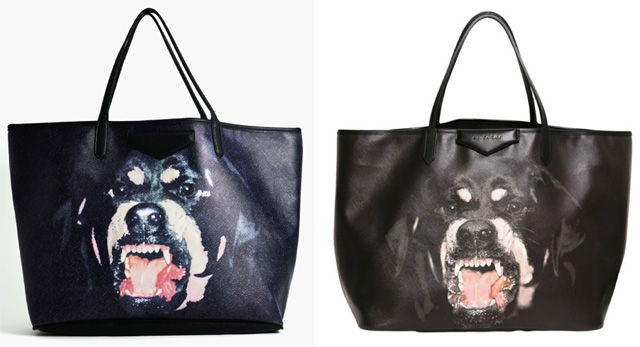 Around here, we’re not necessarily of the opinion that an “inspired” bag is a bad thing. Most bags are inspired by some other bag, after all, and as long as the new version has some kind of unique take on the original, I’m not mad at it. I can also understand why lower-priced brands go the “inspired” route – if a design connects to consumers but is cost-prohibitive to almost all of them, naturally an opportunistic company is going to fill that market gap. The NastyGal Vicious Tote, though, takes that common occurrence to a level that can only be described as ballsy, to borrow a friend’s description of this total ripoff. I’d tell you that it’s based on the Givenchy Rottweiler Antigona Tote but, well, you have eyes. You’ve already figured that out.

When a friend (who owns the original Rottweiler tote) first brought this bag to my attention, I thought that surely NastyGal had at least bothered to get another picture of a snarling Rottweiler for the tote, which retails for $58. In that case, I figured it was a lame bag but not an altogether surprising development, considering how famous and sought-after the Rottweiler pieces became. On side-by-side inspection, though, the bags appear to use the exact same photo, just with a couple of Photoshop filters to make some cursory changes – the Givenchy original is much more crisp and a tad washed out, the NastyGal alternative is more saturated and a bit blurry. Beyond that, though, they’re clearly the same photo.

After inspecting the photo, I noticed that the NastyGal version also has virtually identical handle attachments and the signature Antigona logo flap, although it does lack the Givenchy logo itself. (Thankfully.) NastyGal also changed the overall color of the bag, but again, just by a hair – it’s super-dark navy (made out of “vegan leather”) instead of black. With all those similarities, how can this be legal?

Unfortunately for Givenchy, most clothing designs are unprotected by copyright or trademark law in the US, and with the changes mentioned (and no use of the Givenchy logo), NastyGal’s tote is probably perfectly legal as long as they have a release to use the photo. That doesn’t make it ethical, though, and it certainly doesn’t reflect well on NastyGal. Plenty of other companies have used the Givenchy Rottweiler as inspiration, but most of them had the decency to get a new photo. 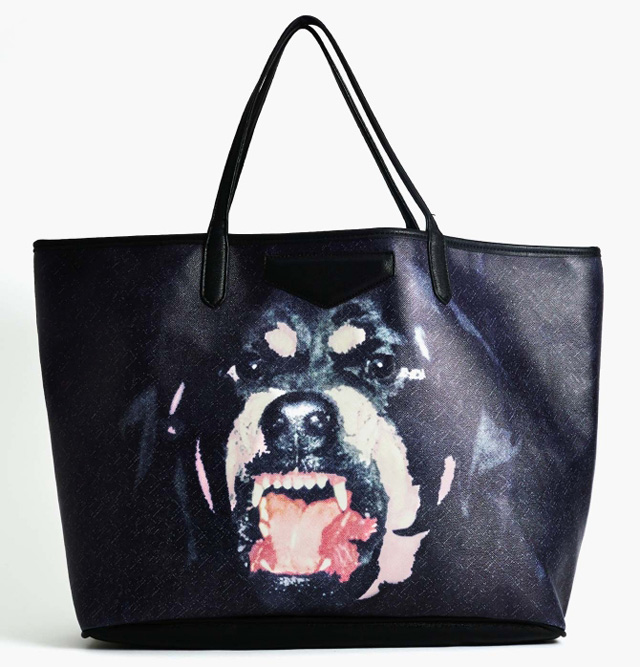 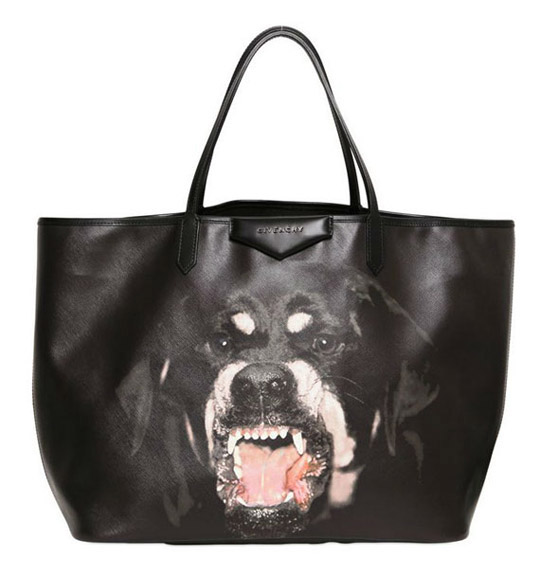 I’m confused as to why this bag would inspire a rip-off. I don’t like any of it. Ooo, angry dog=fashion!

Shame on them! This has got to be the worst rip-off I’ve seen lately. How embarrassing. I hope Gucci sues.

Why would anyone wamt to copy that vile thing?

They must have bought it from another source to sell on their site, because I’ve seen similar fakes on korean websites. Despicable.

It looks like it’s been taken down the website…Givenchy wins! 🙂

It is a Nastygal after all haha 😉 Not my type of thing anyway.

Who wants to carry a bag with a f****** rottweiler on it, whether it’s Givenchy OR Nasty Gal? Disgusting. And if they’ve stolen the photo, I hope they get a big fat cease and desist letter from the photographer. Copyright infringement can be very expensive.

What’s wrong with a rottweiler? Ever got bitten by one? It’s not a ‘fucking’ rottweiler, Geez.

I love how mouthy everyone gets about this bag… it’s the exact reason I bought it.. Because everyone talks such shit about it.

This bag is revolting and only serves to promote the perception that all rottweilers are vicious – yes I have a rotty and she is a gentle giant.