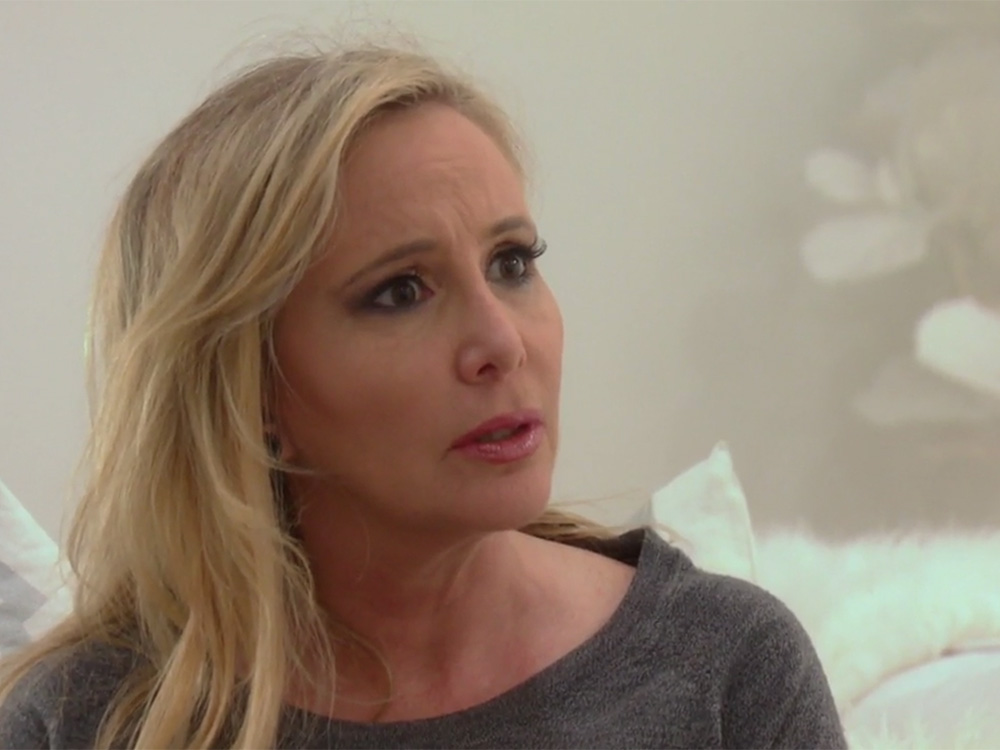 I love to make fun of the oft-used Real Housewives trope of structuring episodes around some sort of party that unifies the group and allows the plot to advance, but episodes that don’t lead up to that sort of conclusion do tend to feel a little bit more scattered and less dramatic. Last night’s episode, for example, was piled high with plenty of interesting little bits here and there, but at the end, it felt like I had been spit back out into the real world without the weekly resolution that Real Housewives usually provides.

The cast members were not being herded toward some centralizing event this episode, but we did get to start with the end portion of last week’s party and then follow the fallout from that over the rest of the hour. After winning over Tamra, who is soft-hearted and pretty generous with people in spite of the sharp-tongued brand she’s built for herself, Vicki went on to battle the next boss in her attempt to level up (just go with this video game metaphor, I beg of you): Shannon. After mild success with Heather, who doesn’t seem to care a whole lot about Vicki’s drama either way, and Tamra, who seems to care for Vicki as a human being, Shannon was the most difficult test yet. In a shock to absolutely no one, it went poorly!

As we’ve covered before (and as we’ll likely keep covering, since everyone hating Vicki is what’s holding this season’s narrative together), the problem with Vicki’s apology tour is that Vicki doesn’t actually know how to admit she may have made a mistake, and she doesn’t think she should be required to in order for people to forgive her. Vicki’s tagline for the entire show, the one from the credits that serves as the preamble to every episode, is literally, “Before you judge me, you better be perfect.” Vicki thinks she shouldn’t deign to apologize to these people anyway, because they have all gotten parking tickets in their lives. Shannon, who does not have the years of Vicki ups and downs to desensitize her to this particular brand of insanity and who needs something to talk about other than her husband’s affair, was not receptive to the vaguely apologetic-sounding noises Vicki made in her direction. 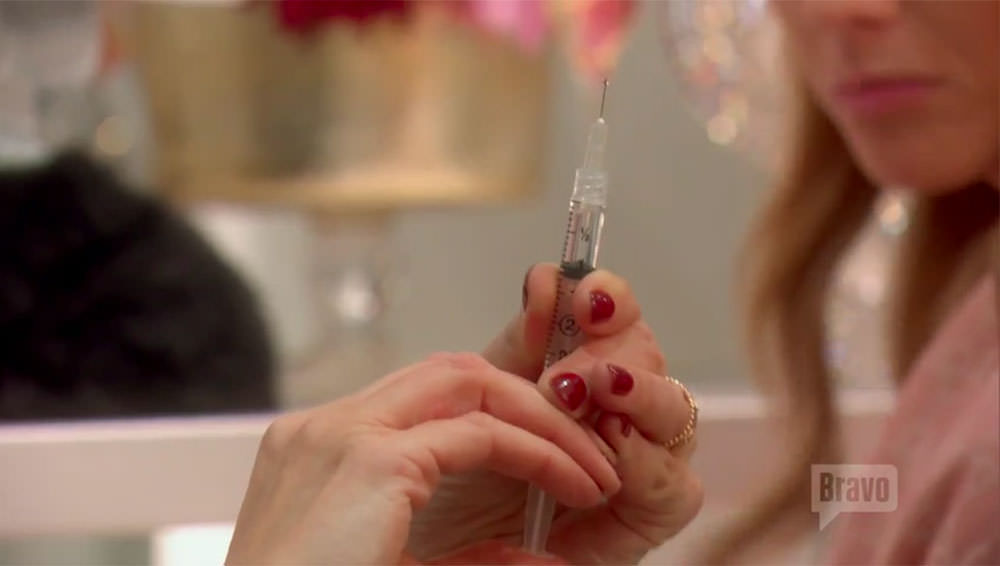 While those two duked it out, the rest of the party had retired to Kelly’s admittedly fabulous closet, in which they were all going to sit and watch Meghan inject herself with more fertility drugs. She didn’t have to chant the word “baby” for ten minutes to make it happen this time and, perhaps emboldened by her newfound embrace of needles, looked up from her injection and promptly dispatched Vicki from the party in tears with a single sentence. I was impressed because, frankly, I didn’t think Meghan had the range.

After mostly failing to apologize to Shannon, Vicki had entered the IVF fashion closet to announce to the group that she wanted to regain her friendship with everyone, which is an impressively hollow gesture even relative to all of the other carefully orchestrated friendship milestones of a decade-old reality TV franchise. Meghan, still high off needle-adjacent adrenaline, interrupted the speech to remind Vicki that they have never been friends, which was Vicki’s choice back when she was still in a position of relative power within the group. My, how the tables have turned.

In general, this week was not Vicki’s best showing, in spite of the promise she showed last week while talking to Tamra, although I did end up mostly just feeling bad for her. The other big plot point of this episode was Brianna’s very scary trip to the hospital, which did what actual human strife always does in reality TV: served as an abject reminder that everything else going on in the show’s other 44 minutes is deeply silly. For instance, while that was going on, Heather fretted over onyx slabs for her absentee husband’s new bar and showed her kids iPhone photos of the new movie theater’s shooting star ceiling, while Shannon, in continuing (and continually failing) efforts to be cool, planned a 70s party that actually sounded more like she was talking about the late 60s. Over at Kelly’s house, no one knew any state capitals, which is actually fine because that’s not information that really comes up a lot in life. 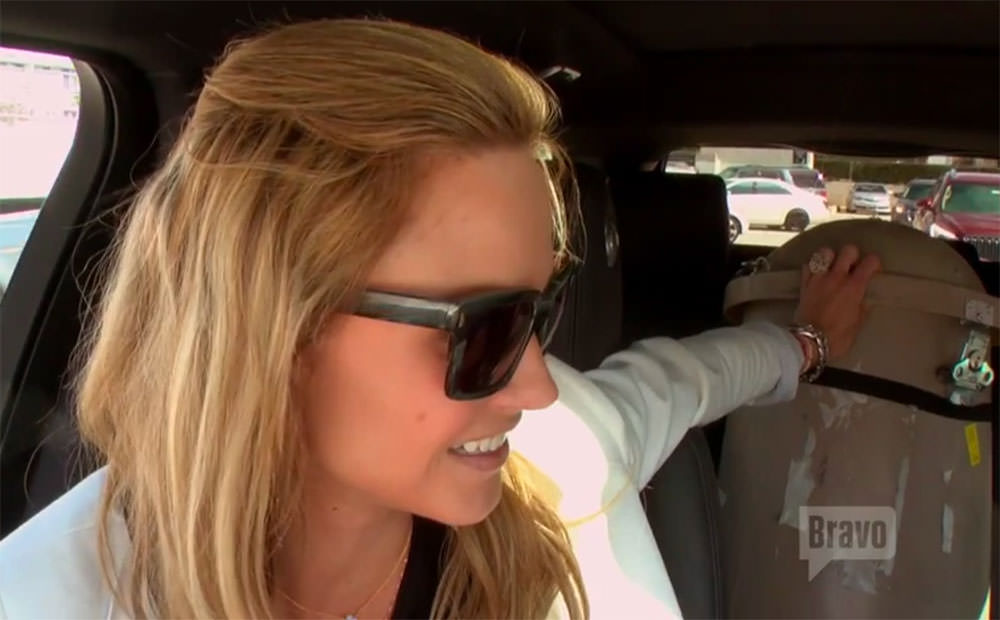 Let’s circle back around to absentee husbands, though: Meghan’s dude Jimmy got away from baseball long enough to drive Meghan and a cryo tank of his semen to the doctor, which seemed a little silly to me–don’t medical facilities usually transfer that kind of stuff for you so you don’t, ya know, accidentally mess up the only viable swimmers your old, post-vasectomy husband has left? Seems like it should be an available service, and if it were, I bet the person driving the car with the sperm in the back seat would be at least as interested as, if not more than, Jimmy.

Because the structure of this episode was basically plotted backward, we ended this week with discussion of the next party and who would attend. Because Shannon’s throwing it, Vicki was the person up for debate on the invite list, and Shannon had drafted an invite text to her that she read aloud to Tamra over butter-free, taste-free grilled chicken breasts and steamed vegetables at an establishment in which that meal probably cost $23 apiece. The text was incredibly petty and passive-aggressive, which is exactly the whole point of this show, but Tamra, in her non-intuitive new role as the Prevailing Cooler Head of the cast, convinced Shannon to scale it back a little bit. (Don’t worry, Shannon, drafting a text is definitely a thing cool people do. Keep it up.)

In previews of next week’s episode, which appears to be the season’s first disaster, Vicki is not the only person whose attendance at the party should have worried Shannon. Kelly, who’s been getting a notable but not over-the-top villain edit in her first few episodes on the show, seems as though she’s going to show us all exactly why the producers and editors have corralled her into that role. I, for one, am excited. At least we’ll be talking about something other than Vicki.