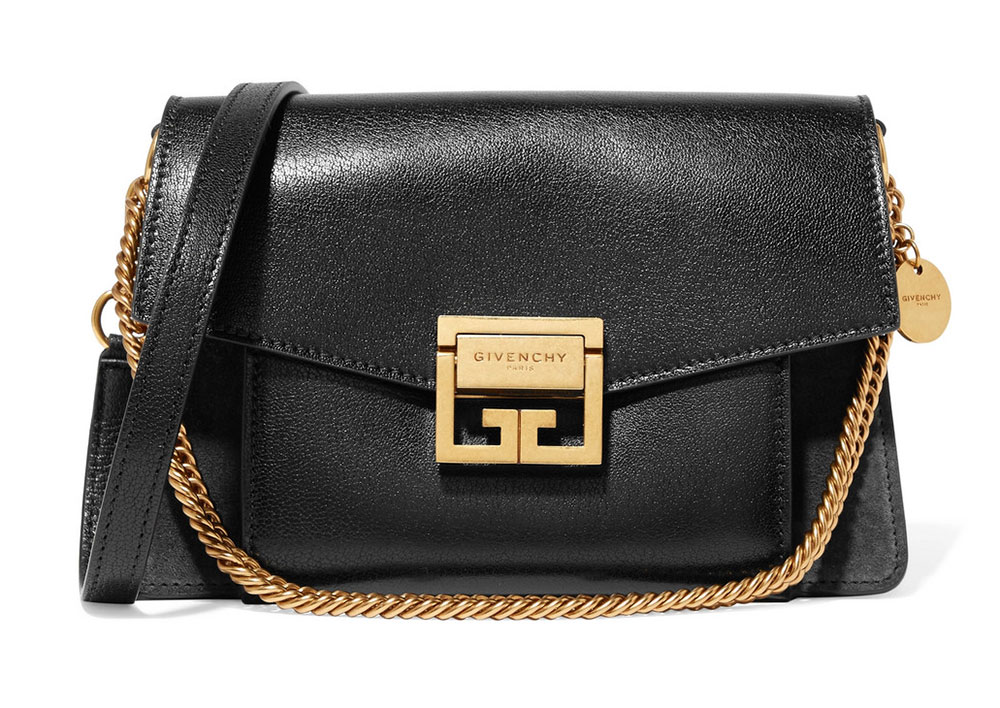 When the creative director of a big, successful bag brand leaves, I'm always curious to see how the brand's bags will change once their successor takes over aesthetic control of the house. When that successor is herself departing a brand that's done incredibly strong accessories work under her guidance, I'm doubly curious. Such is the case at Givenchy, where Riccardo Tisci—whose tenure included uber-successful bags like the Antigona, Nightingale and Pandora—left and was replaced by Clare Waight Keller, late of Chloé during the Drew, Faye and Hudson years. Now, we've got our first solid glimpse at what Waight Keller has in store, by way of the new Givenchy GV3 Bag.

The GV3 represents a departure from Givenchy's recent handbag past in a couple of important ways. First of all, the bag's primary form is that of a flap shoulder bag, which was never Tisci's first impulse; all of his high-profile bag launches were satchels, first and foremost. Going with a flap bag is reflective of how Chloé's accessory department operated while Waight Keller oversaw it, and it also acknowledges the subtle shift in consumer preferences that's taken place in the past five years. A big statement satchel can sometimes feel a little dated, while a petite, well-designed shoulder bag feels more useful and modern.

The second way this bag feels distinct from Tisci's work is the bold use of the brand's longtime logo, which he generally avoided on bags. That Waight Keller has revived it for signature hardware is my favorite element of the GV3, and likely a wise branding move overall in a time when conspicuous logos are having a moment in fashion (and in Instagram photos). 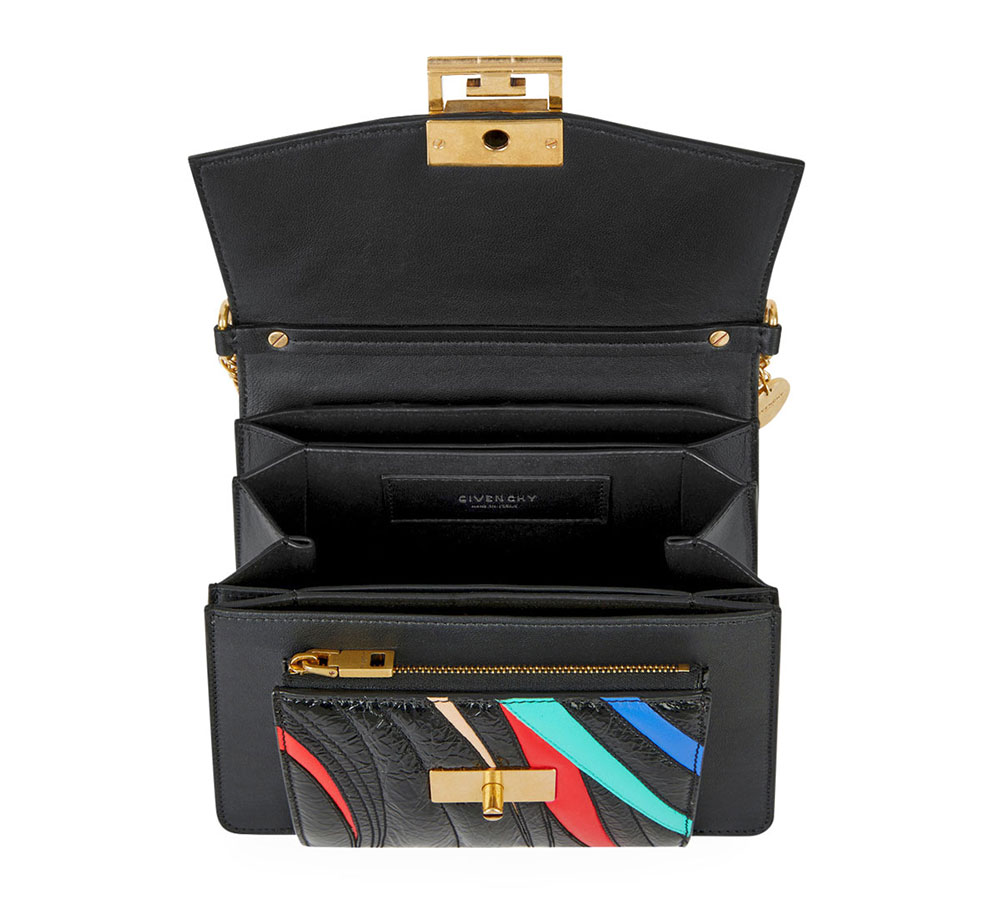 Beyond the logo, though, I feel a bit underwhelmed by the design itself. As a big fan of both Waight Keller's work at Chloé and of the dark, brooding mood that Tisci installed as a key feature of Givenchy's brand, I was hoping for something a little more exciting than the GV3. The simple, rigid bag lacks the distinctiveness and personality I want from a big launch; I don't have a problem with it as part of a larger lineup, which is what the GV3 will ultimately be, but the whole enterprise could have started on a stronger note.

Feature-wise, the Givenchy GV3 flap bag currently comes in four sizes: medium (11" wide), small (8.66" wide), mini (5.9" wide) and nano (5.1" wide), with the small version being the big focus and coming in the most available colors and the nano also serving as a belt bag. There's also a simple frame shoulder bag version of the design, which, for reasons I can't quite figure out, costs more than all of the bigger and more ornate flap versions of the GV3. The flap version has a well-organized interior, with multiple gusset compartments and pockets to keep all your things in their place, and it can be worn as a shoulder bag or crossbody.

As for colors, the GV3 has debuted in a rainbow of solids as well as many special seasonal versions, as well as leather-suede combinations. Maybe my favorite part is that the black versions of the bag are available with both gold and silver hardware, instead of just one or the other.

Take a look at some of the GV3 options currently available below and let us know how you feel about this new bag in the comments. 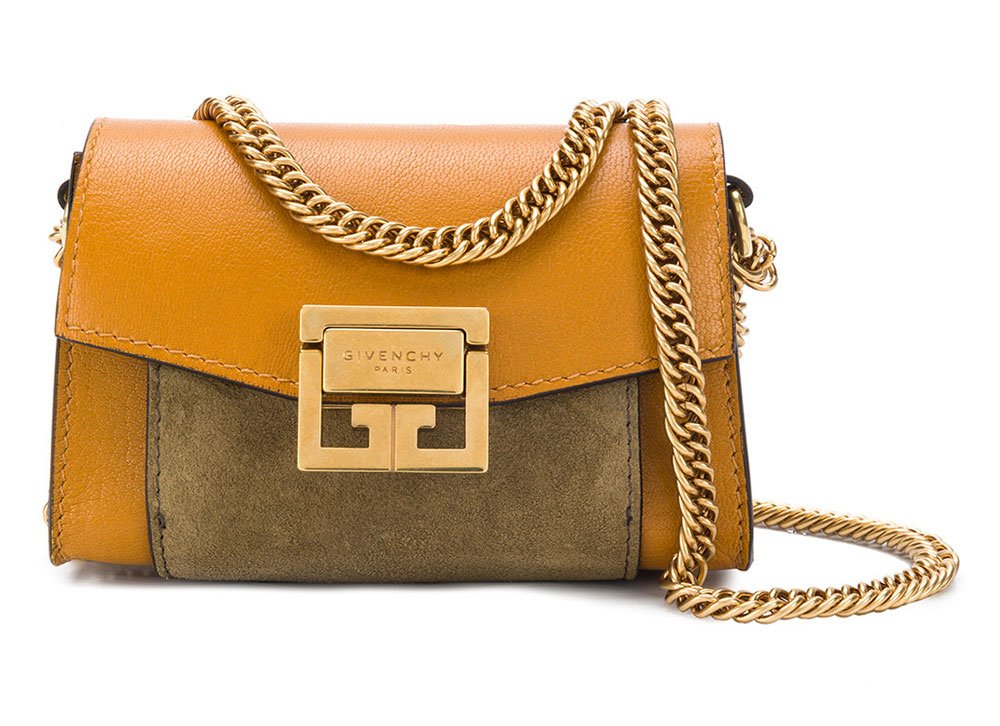 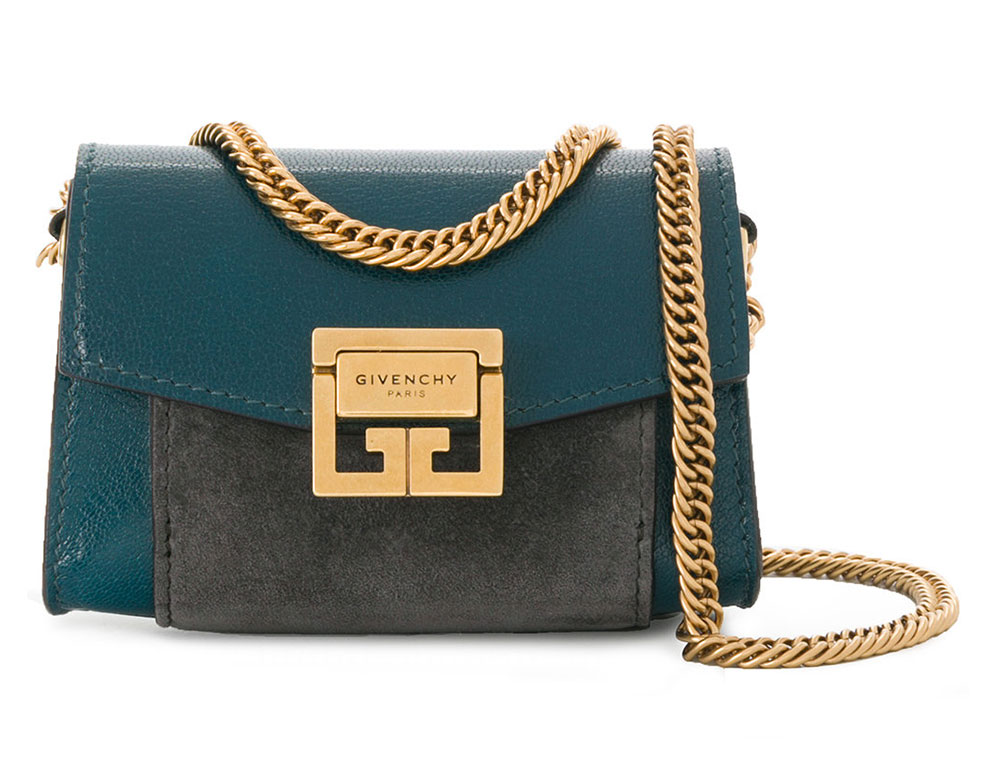 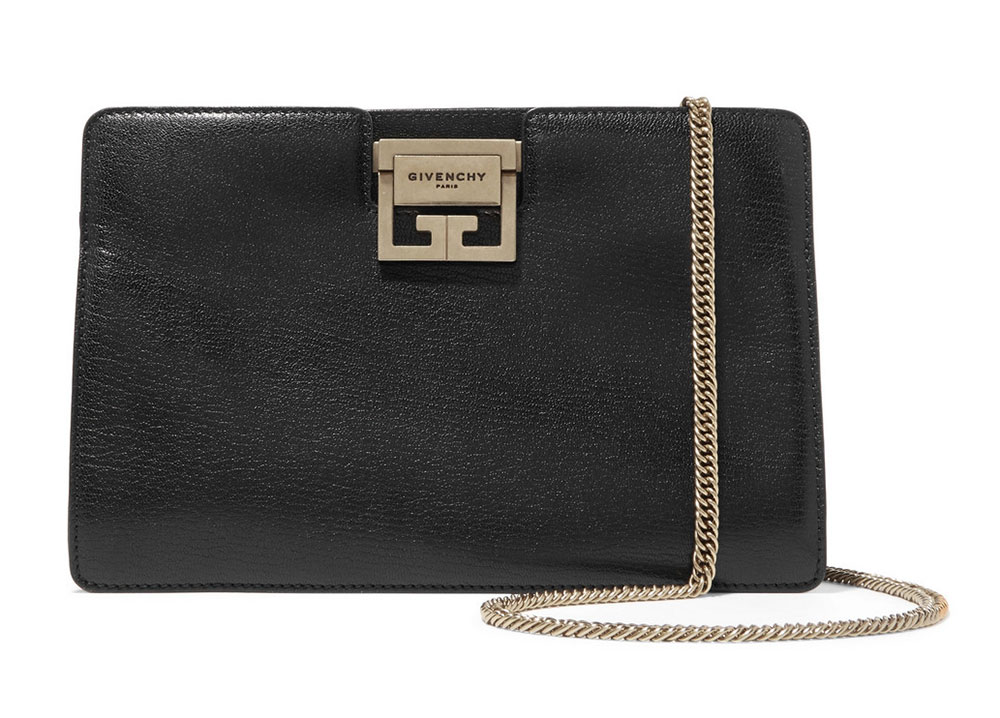 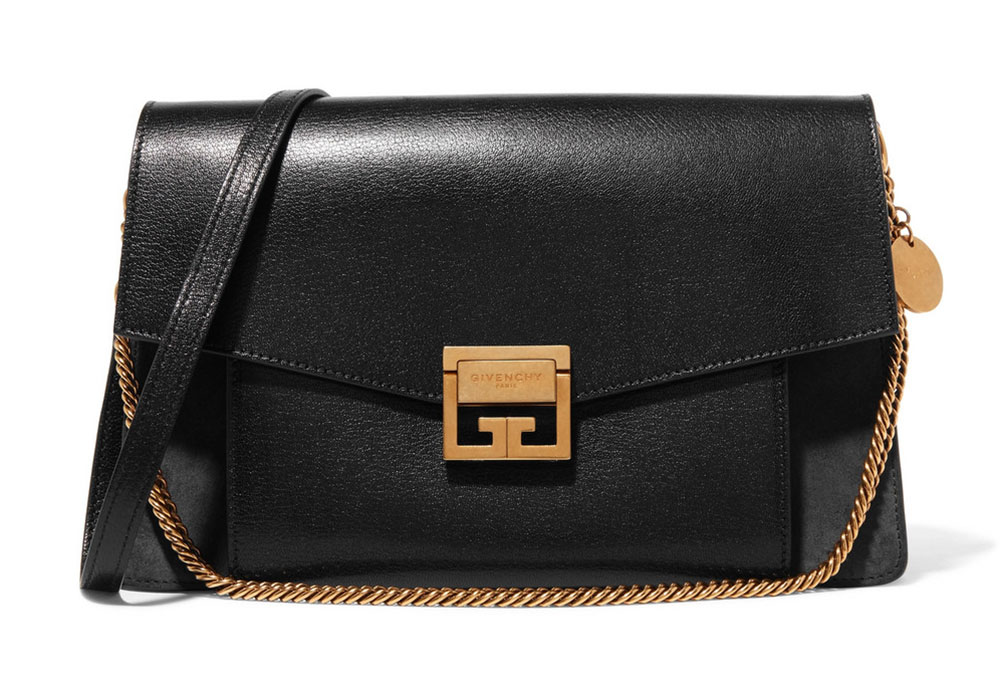 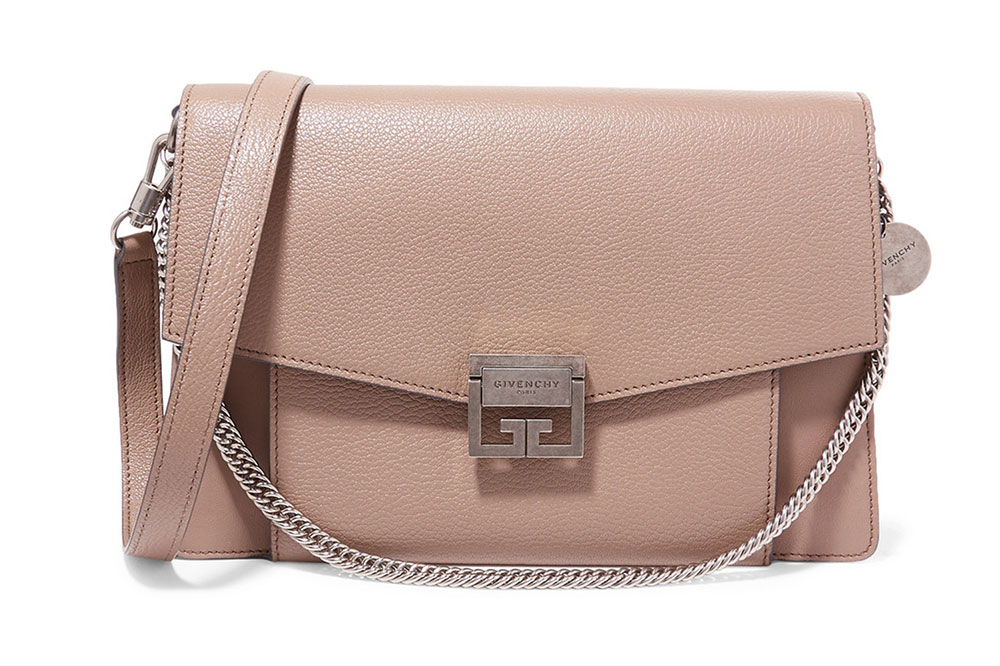 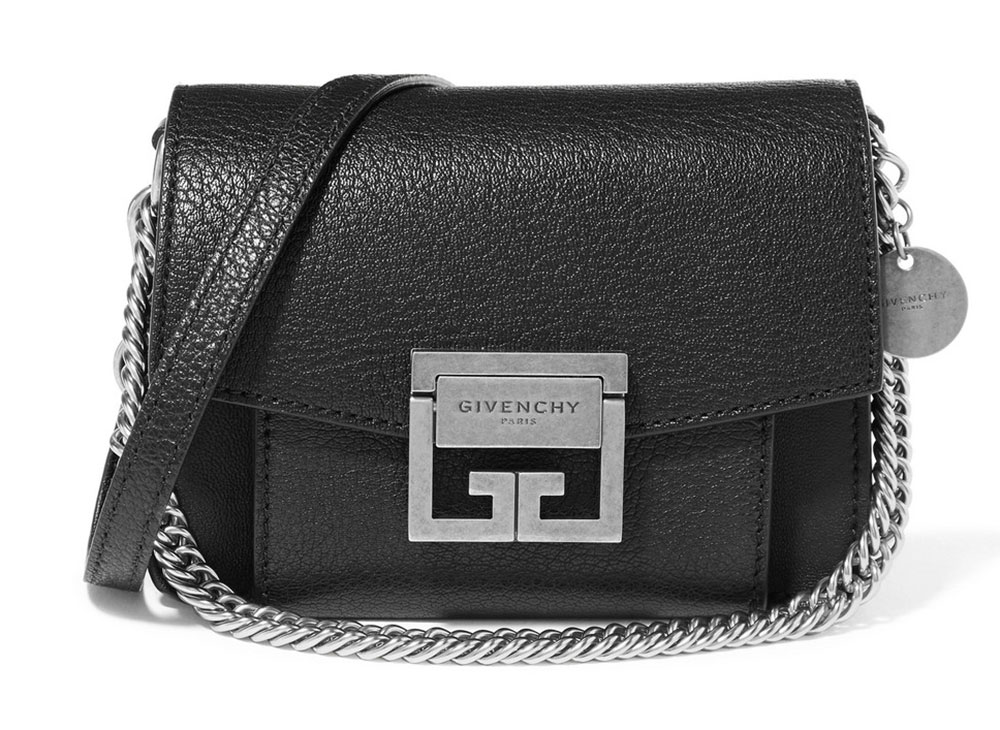 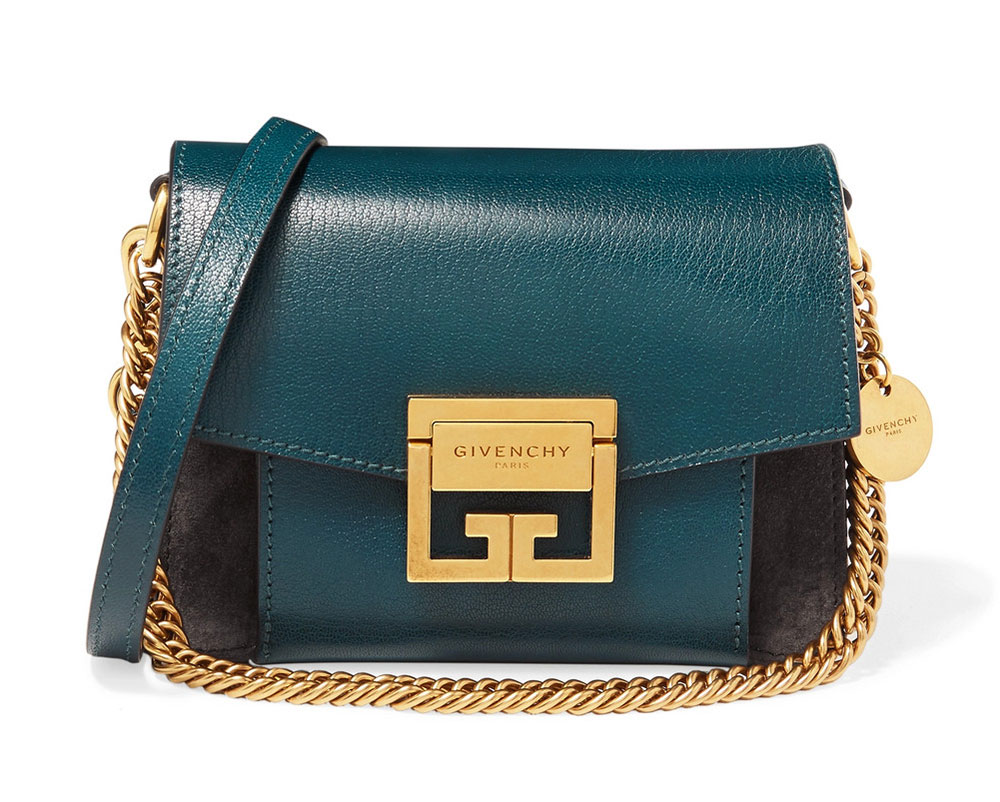 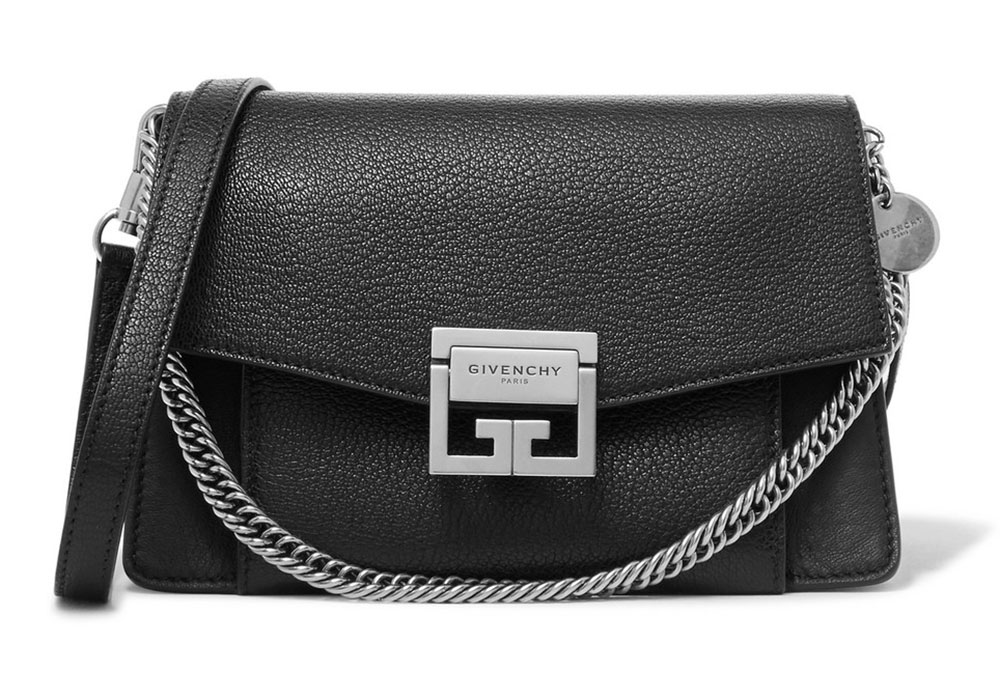 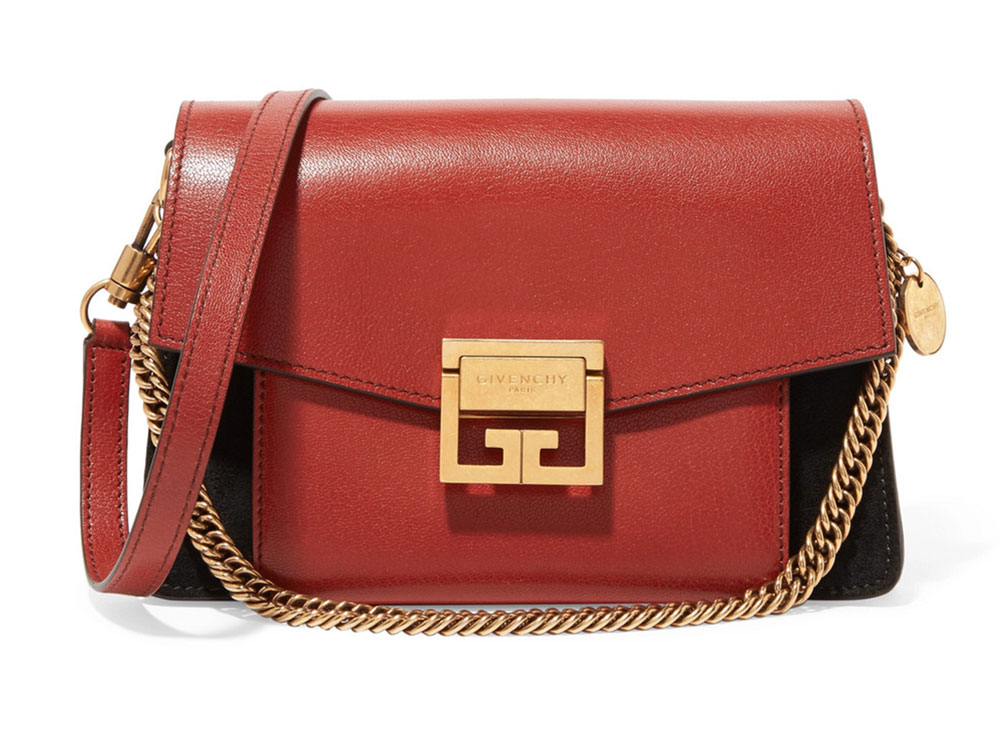 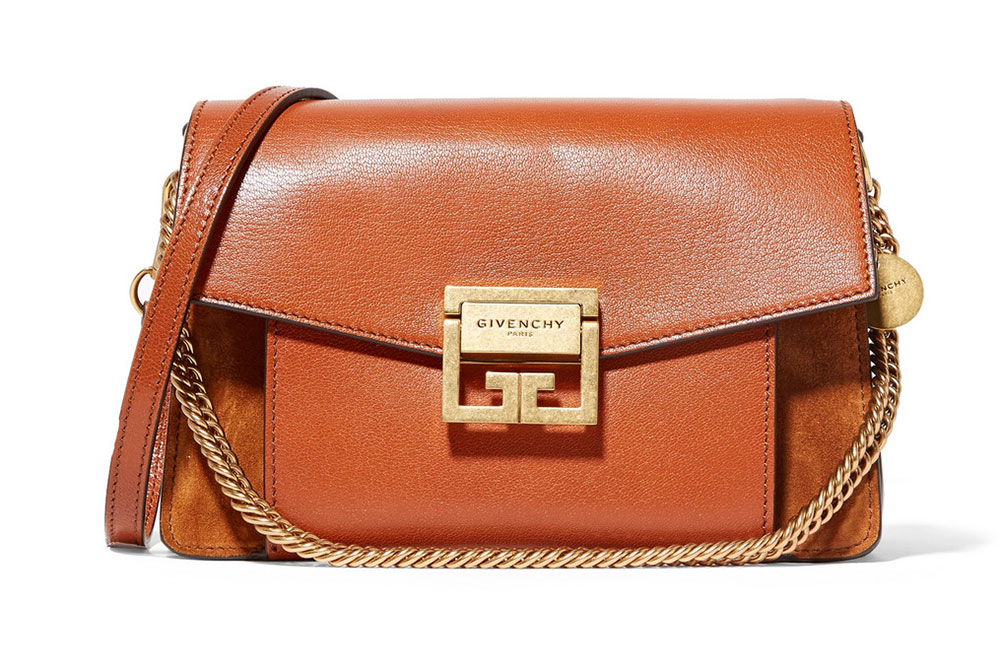 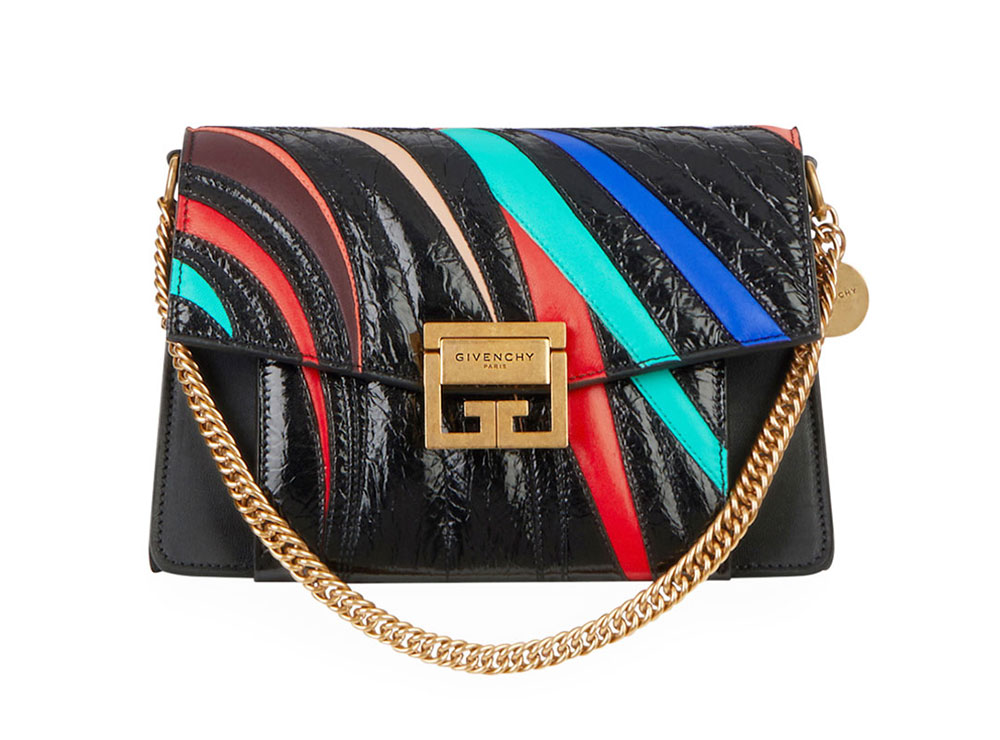 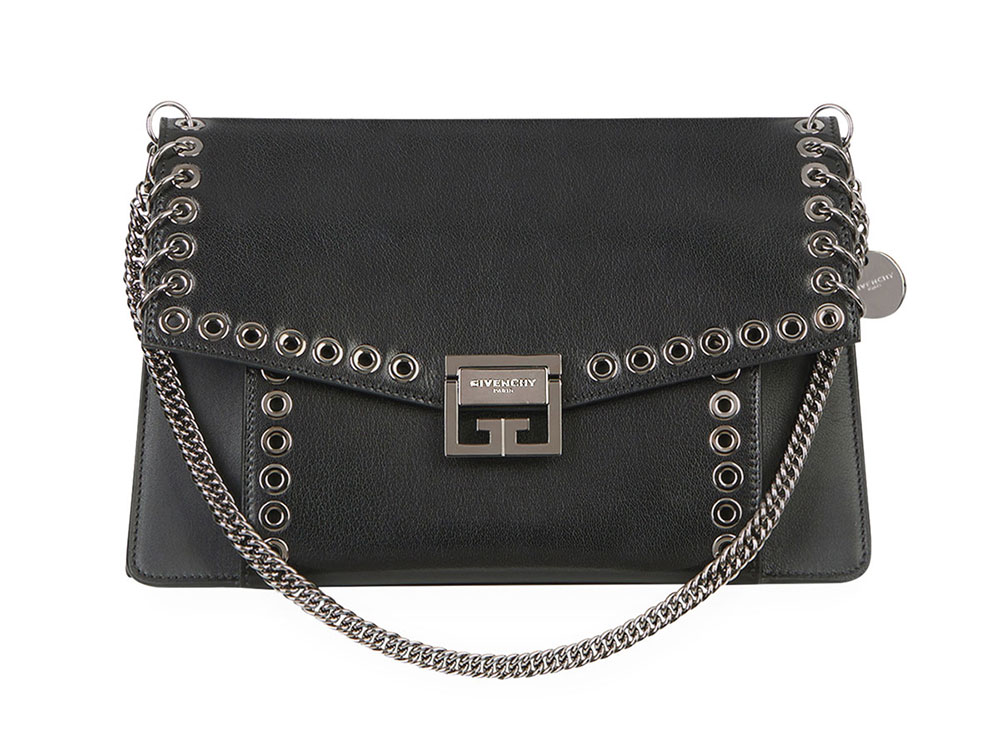