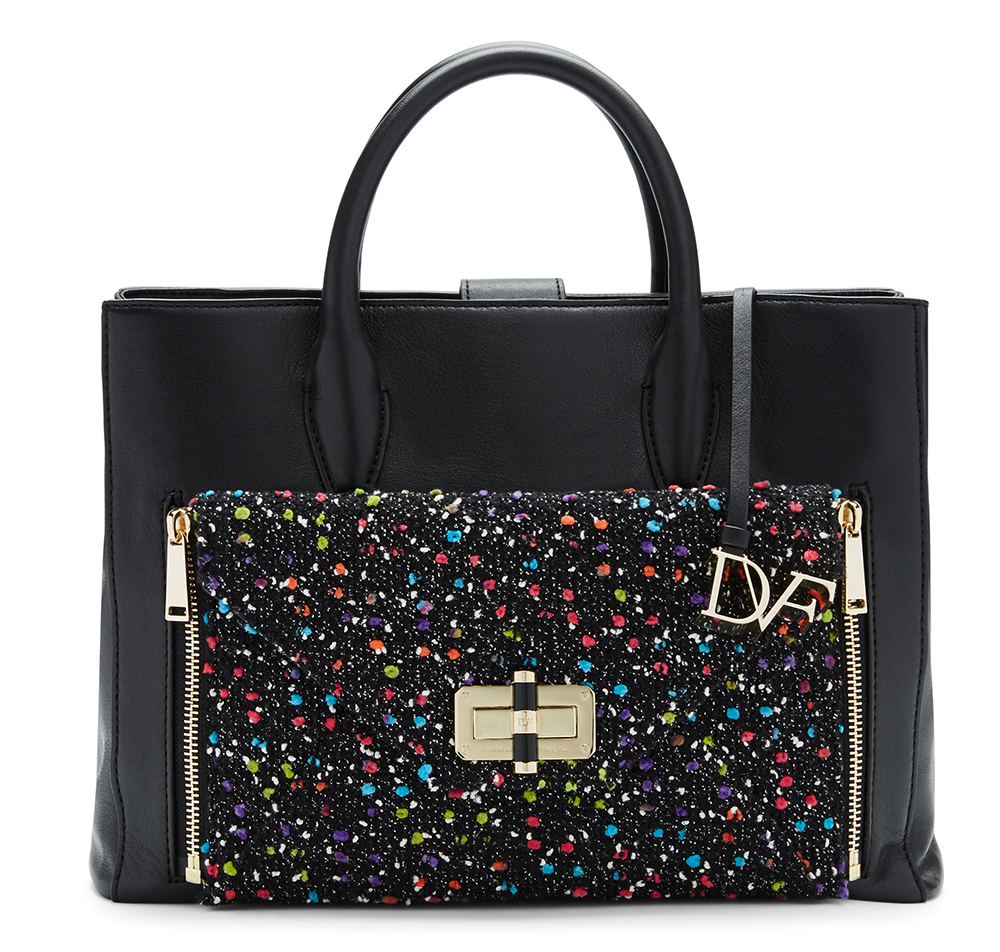 A woman’s handbag isn’t just part of her wardrobe; the right bag is a daily companion and partner in crime, accompanying a woman nearly everywhere and acting as a chic vessel for necessities and indulgences alike. For Fall 2015, meet your brand new accomplice: the Diane von Furstenberg Secret Agent Bag.

How to transition a bag from day to night is a logistical problem that plagues every woman at some point, and the Secret Agent Bag has a deft, seductive way to solve it. The bag’s front pocket zips off to create a stylish grab-and-go envelope-style clutch; if you’re headed from work to drinks, leave the tote portion of the design in the office and take just the clutch. 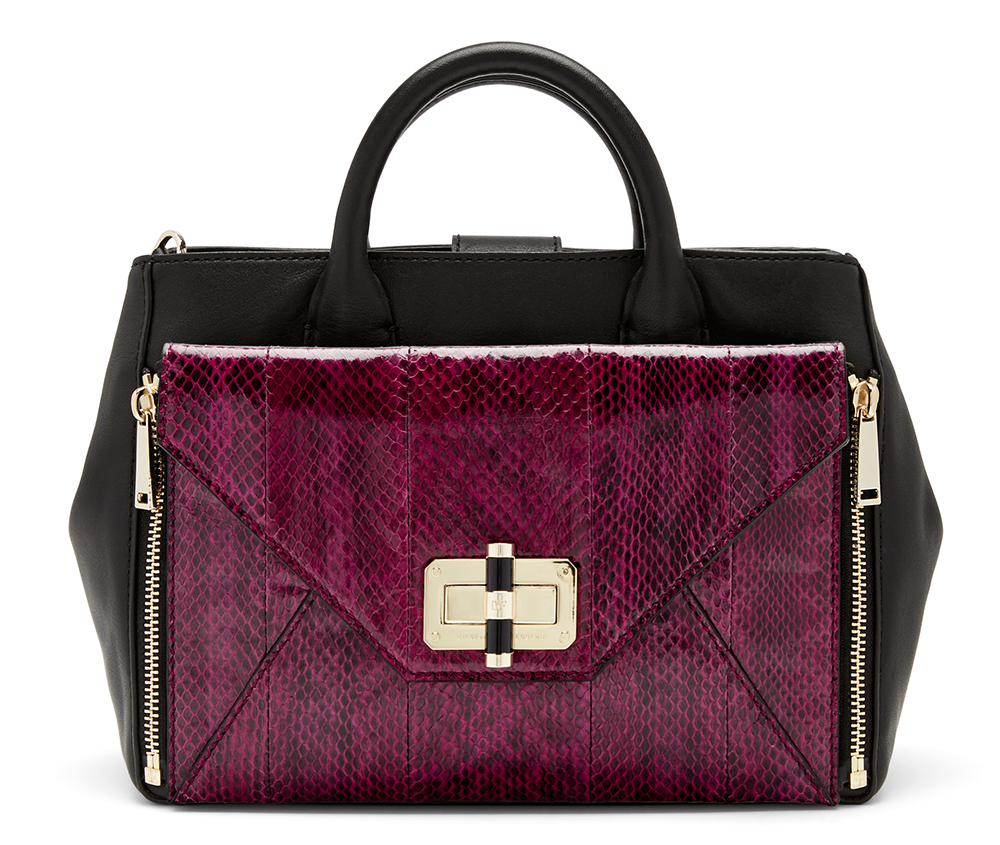 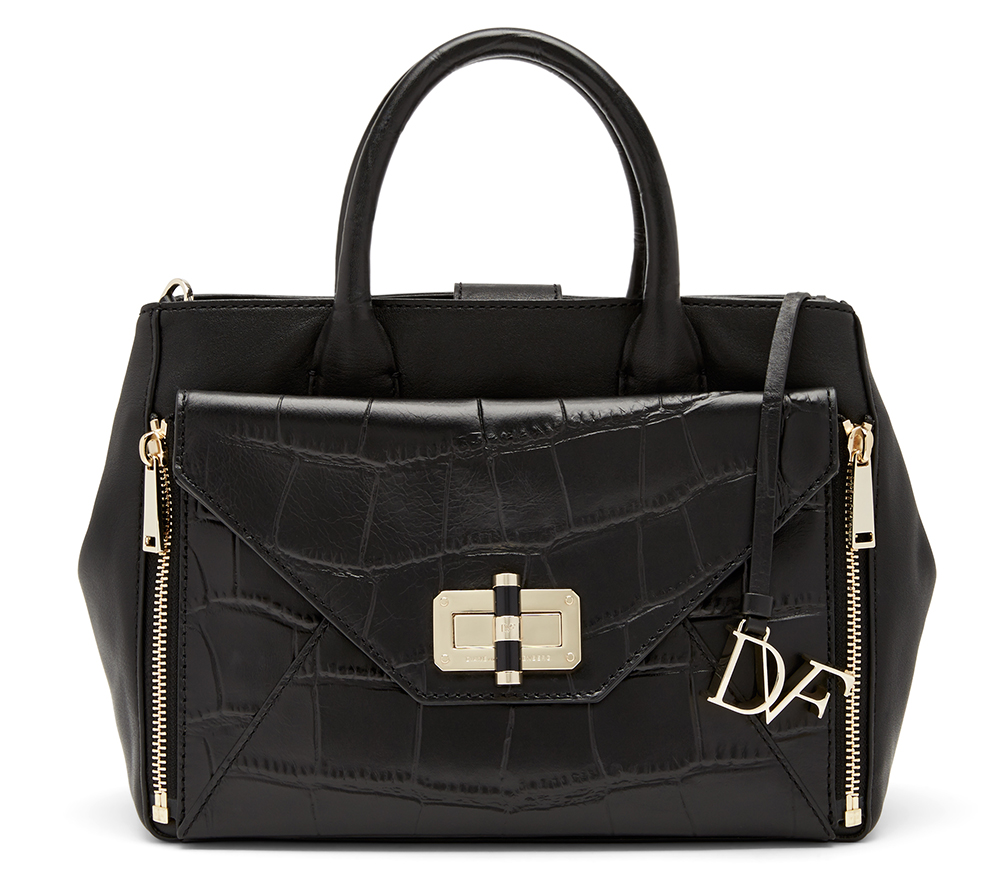 Not only that, but DVF offers additional “Agents” (the zip-on front clutch) to make your Secret Agent your own, which provides plenty of opportunity for both structural and aesthetic versatility, all in one bag. One day, you might be feeling neutral and subtle; the next day might call for a bright color or exotic texture. Either way, your Secret Agent can be by your side, day to night. 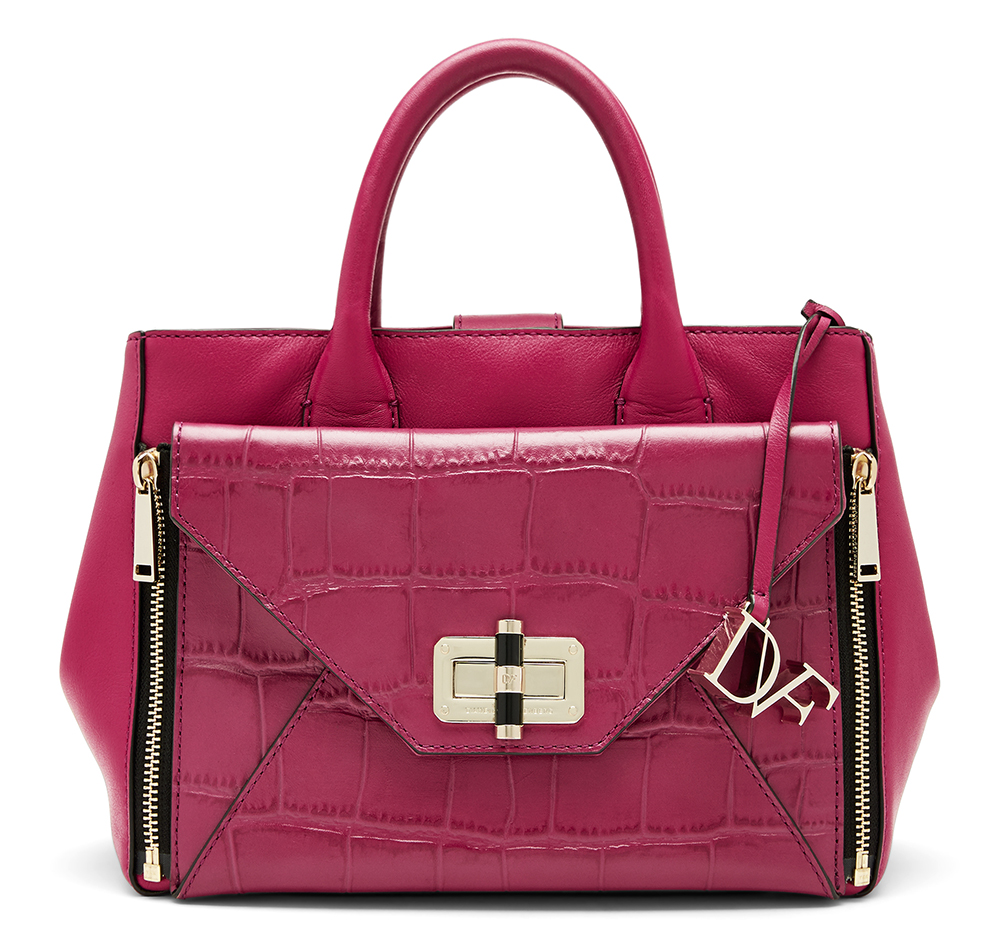 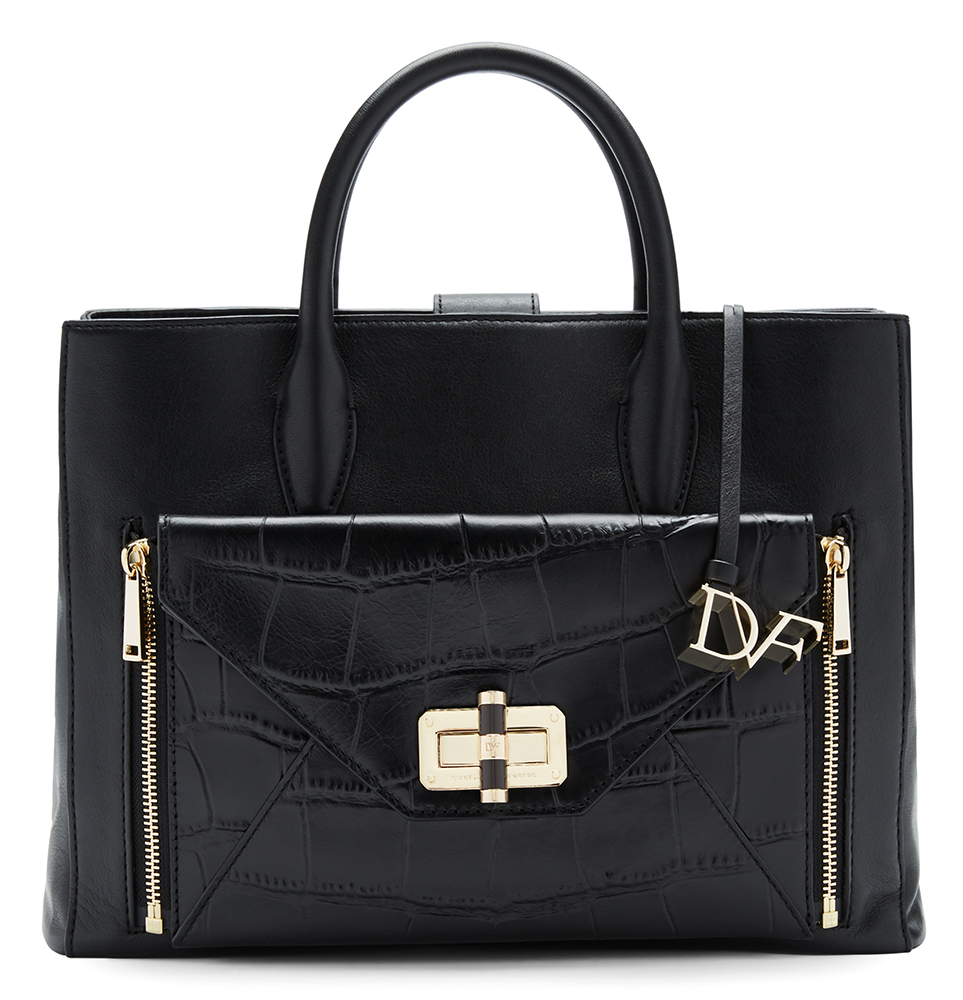 The Secret Agent comes in two sizes. The larger version (12″ W x 10″ H x 5″ D) is a perfect work bag, with a generous, well-organized interior that includes a middle zip pocket that divides the bag into two large sections, in addition to interior slide pockets and a large rear pocket that’s perfect for easy-reach items like your phone and keys. It retails for $498 in smooth or croc-embossed leather. 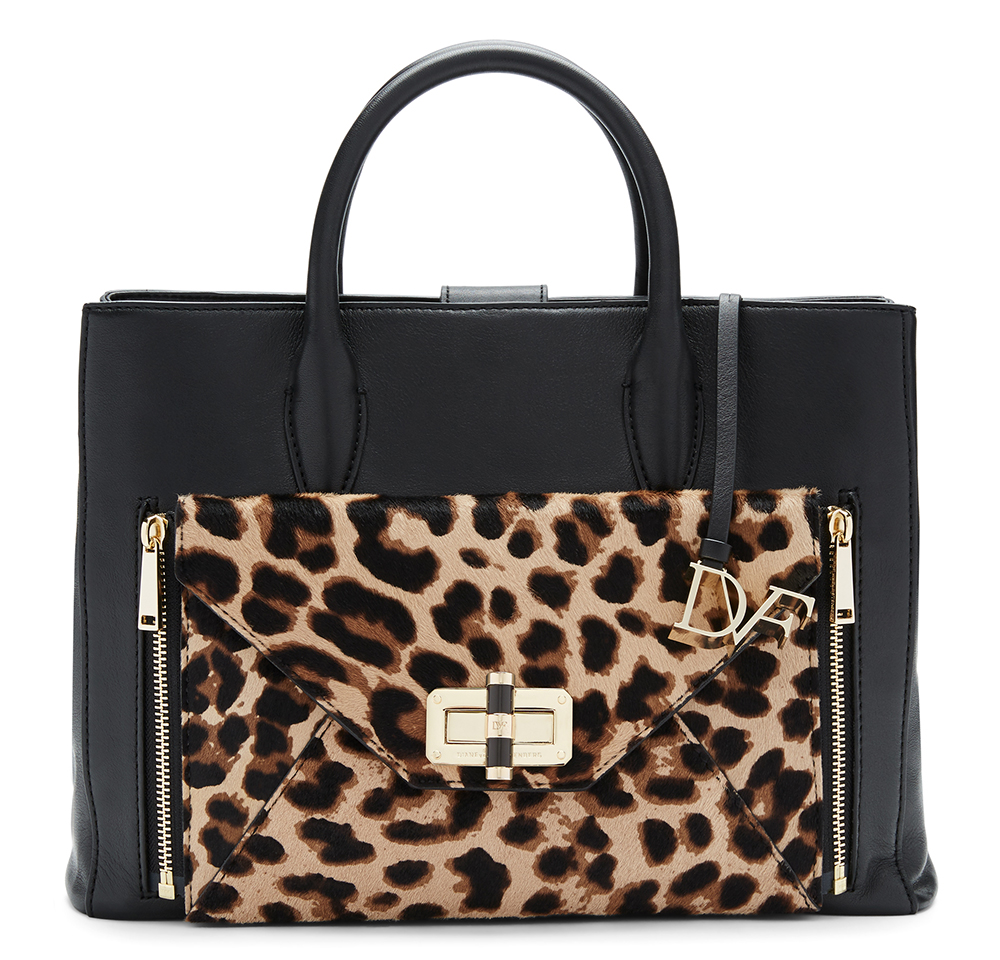 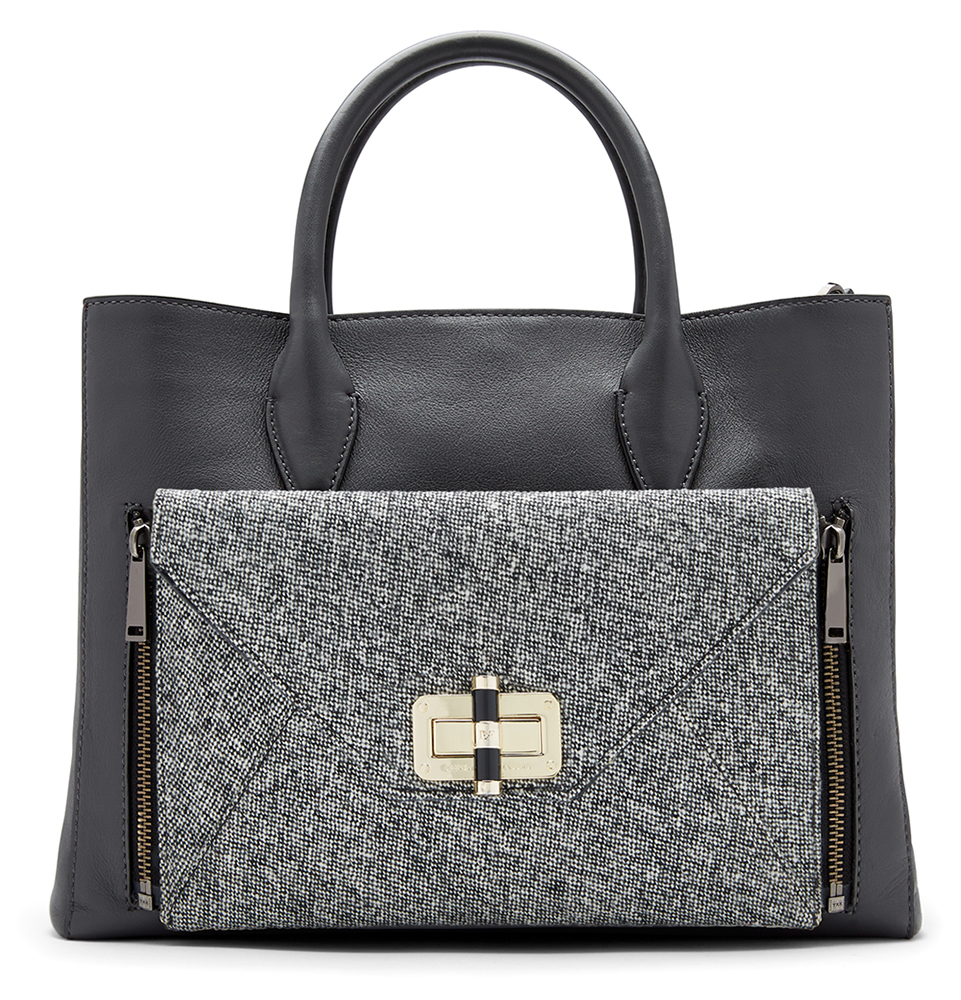 The smaller version (10″ W x 8″ H x 5″ D) is sleek and tailored, perfect as a weekend companion or a work option for a woman who doesn’t need to carry a laptop or files. The interior has one main compartment, organized with slide pockets and the same generous rear pocket as the larger version. It retails for $398, also in smooth or croc-embossed leather. Both sizes offer an optional, adjustable shoulder strap that’s long enough for crossbody carry.

Diane von Furstenberg has built a beloved brand around bringing out the luxe, seductive qualities in a woman’s look, from the work day to after-hours; the Secret Agent is the distillation if that idea, in bag form. Shop the full collection via Diane von Furstenberg.

Total Mulberry Willow knock-off. I understand that Purseblog needs sponsored content, but the way this bag is being pushed as inventive/original is just ridiculous.

like Phillip answered I cannot believe that you can make $9890 in 4 weeks on the computer.try this website on `my` `prof1le`

I immediately thought of the Mulberry Willow bag!

When I saw this bag, I was going to reply that this bag has been out for months. Now, I see from the previous posters that this is inspired by a Mulberry.

The Willow’s not as cute sister. Sad.

I like the first one a lot so cute!

I actually really like this bag! I know some are saying it looks like Mulberry which I kinda see, but it’s still it’s own take. I love the idea of picking your own front pouch and I really like the confetti one

I bought this bag online and paid full price for it. It was a complete disappointment when it arrived. The leather looks and feels like plastic. The whole bag looks cheap. Only the croc-embossed part was nice. Worst bag I paid $500 for.

Not only is this bag a total Willow knock-off like many said here before, this bag also looks so cheap in real life. It is sad that so-called designers like DvF and Michael Kors don’t have their own ideas.