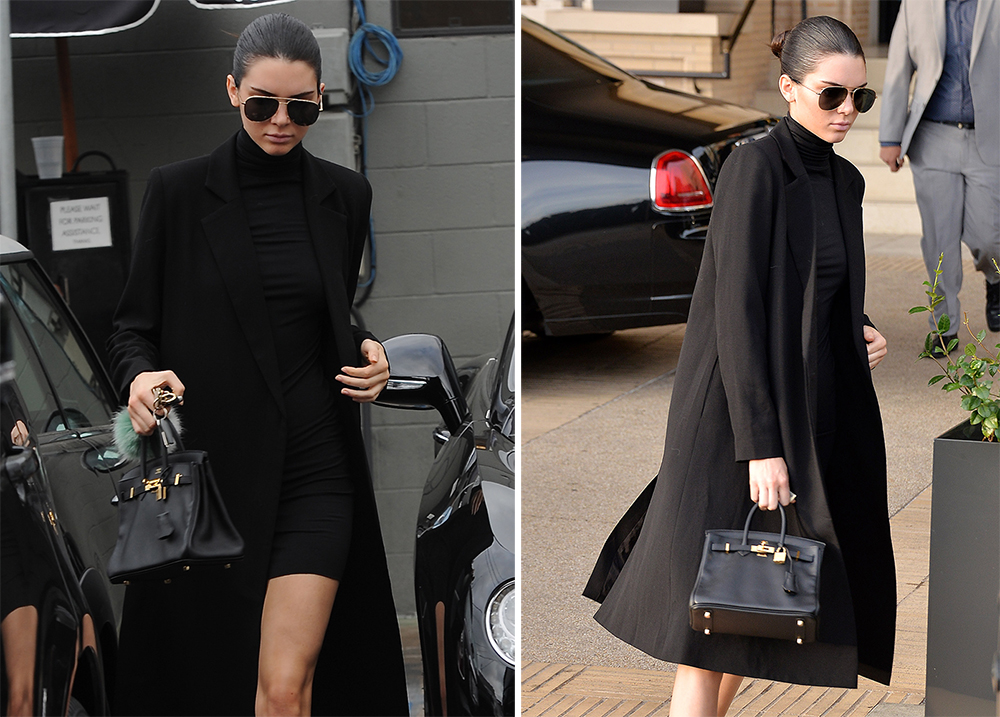 Believe it or not, I get sick of looking at both Hermès Birkins and Kardashian-Jenners occasionally. Not because I dislike either of them–in fact, I quite like both, and I’m fascinated by both of their pop cultural significance–but simply because I spend a lot of time on the fashion Internet, which is a place both Birkins and Kardashians are somewhat ubiquitous. Today, though, I can’t stop looking at photos of Kendall Jenner and her itty bitty Birkin.

I have a somewhat extensive knowledge of all of the Kardashian-Jenners’ various handbag collections, so I can say with a decent bit of certainty that this bag is a new addition to Kendall’s wardrobe, although it doesn’t look new new. As I posited with Gigi Hadid’s sudden Birkin influx, maybe she’s borrowing from mom?

Even though I’ve never seen Kendall with this particular Birkin before, it wouldn’t be noteworthy if it weren’t for the bag’s size. It’s a 25cm, which is the smallest Birkin currently made, and it’s far more petite than the super-popular 35cm Birkins. The 35 (and occasionally the 30) is what we almost always see on celebrity arms, and the size of that bag and its signature finishes mean that you’re immediately bombarded with the fact that the person you’re looking at is carrying a $10,000 handbag, no matter where you look. That’s not necessarily a bad thing, but like anything else, it gets repetitive.

That’s what makes this little 25 a breath of fresh air in a Birkin-saturated celebrity bag landscape. At this diminished size, it feels like an element of Kendall’s minimalist outfit instead of a crutch on which her look rests, and I find myself appreciating the bag’s structure and details a lot more. Kendall’s long been a superfan of designer bags’ shrunken counterparts, and I, for one, hope she keeps it up with the little Birkin. 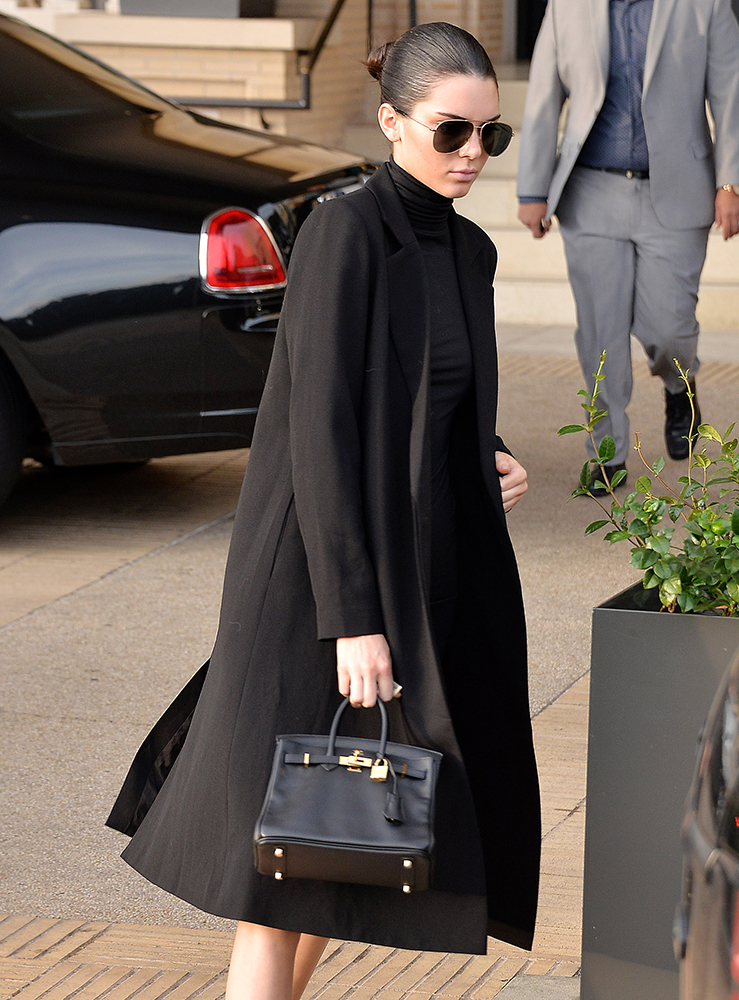 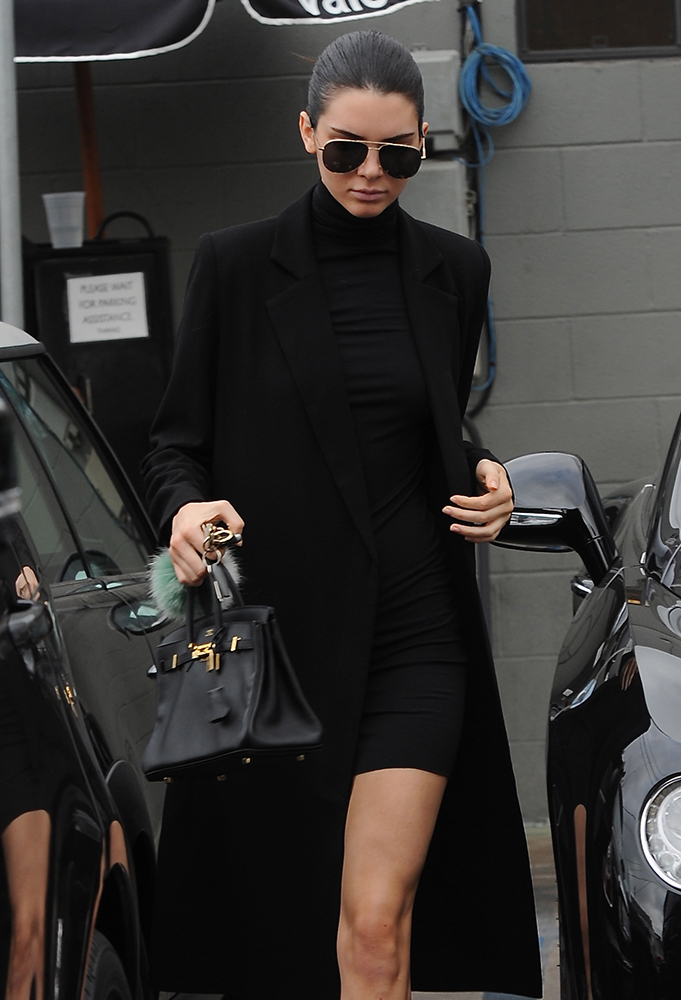 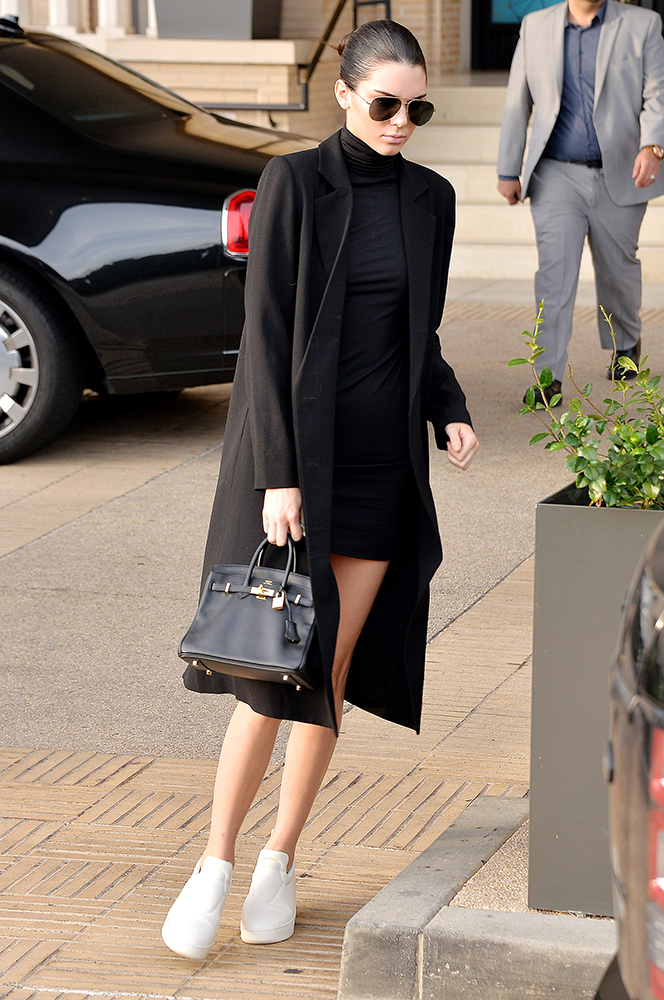 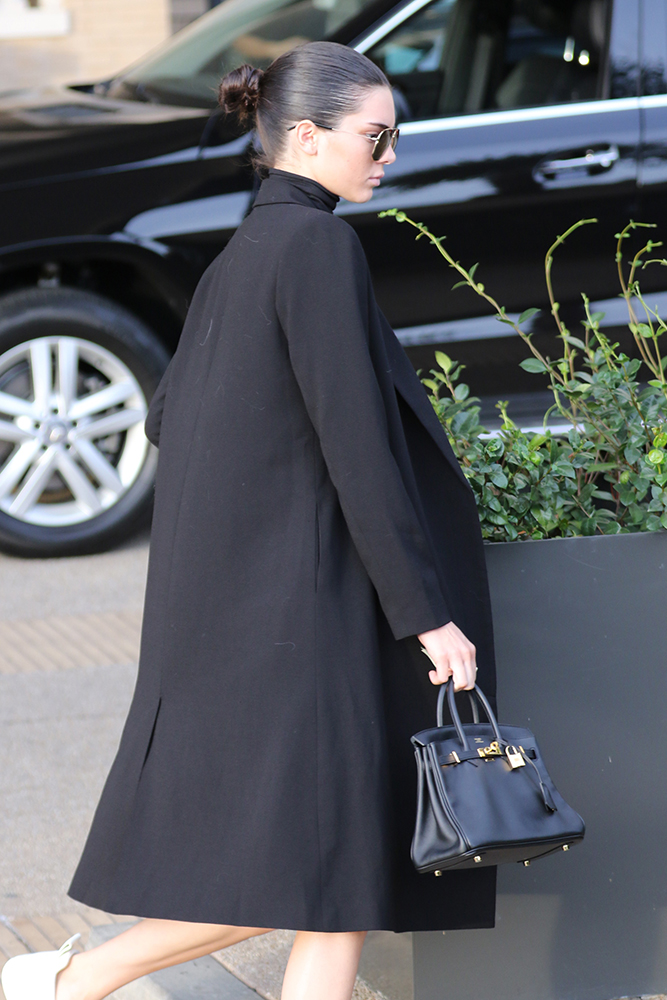 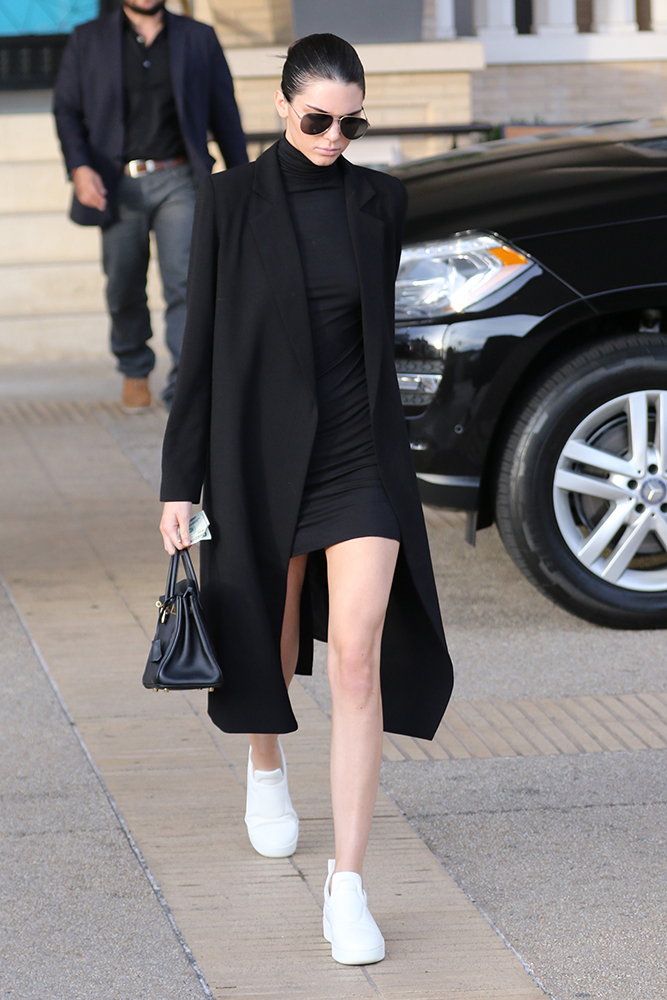 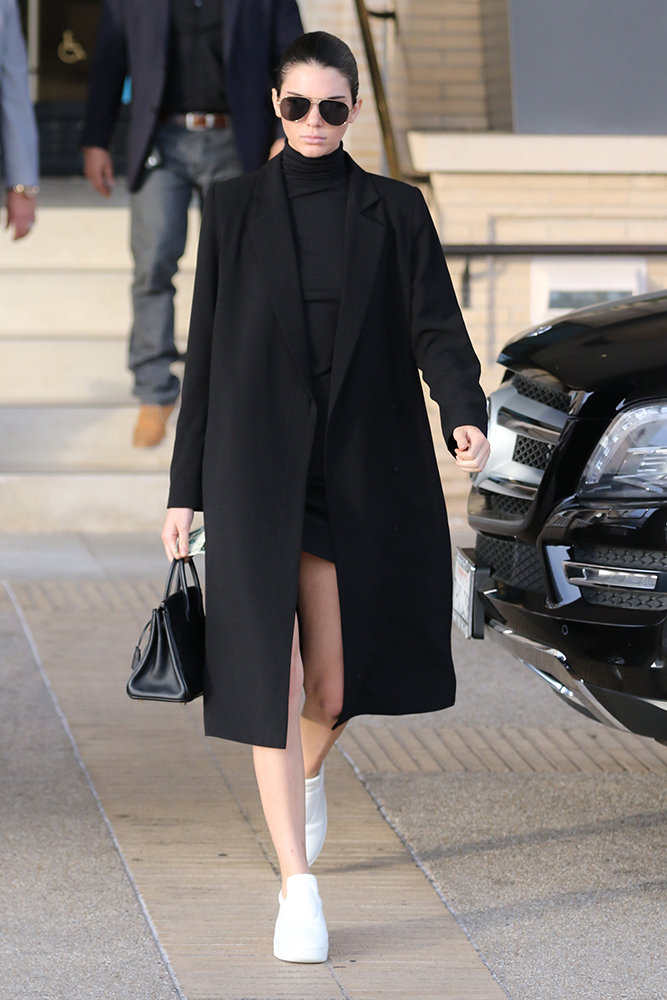 I want that size!

I don’t like nor hate the Kadashians-Jenners clan, only think they’re funny. I kinda think Kendall is more normal than the others. As for Hermes, they’re not my cup of tea but this one is cute.

The mini bags are cute, but they have the relatively same price tag as the bigger bags. The designers must be making a profit killing on these minis.

Part of the reason people pay for designer bags is the artisan craftsmanship; it’s not just the materials. It requires just as much work (sometimes more as smaller tends to require a higher level of skill) to make this.

I’m neither a fan of Kendall nor of mini bags, however I LOVE everything about her in these pictures. The outfit is great and the Birkin is super cute and although it is the smallest available Birkin it still has a decent size compared to a micro Peekaboo etc.

I completely agree Jess….Love everything she’s wearing in these photos!

Cute but I’m more interested in those Céline sneakers!
http://www.simplymonochrome.co

Not a fan of the Birkin, the Kelly, now that is my bag. Anyway, how does she keep those sneakers so clean?

Probably only wore them this one time. (is that grammatically correct??!)

Have to admit, that’s a cute bag.

It’s very cute. My eye has so adjusted to smaller bags that the old standard size totes look gigantic to me.

These people take themselves way too seriously.

I guess they have to. If they don’t, no one else will. Their collective profession is listed as “TV Personality”. What skills does one possess or need to maintain such a “profession”? Spending every moment obsessing over every detail of your looks. Sounds really stressful to me. Kind of sad too. I mean, what do you do for an encore?

Kendall is a model, thus far, a very successful model. Besides, what is wrong w/ being a “TV personality?” Everyone in the entertainment industry obsess about their looks, they hustle for people to watch their shows, go see their movies and buy their music, etc. The kardashian/Jenner crew are no different.

Anyway, she is a gorgeous, gorgeous young woman. Love her outfit in spite of that tiny bag and those white on whites.

Actually I think being one of Kim’s little sisters would hurt her career than help.

(sorry to be off topic) I’m not saying being a TV Personality is “wrong”. Its just not sustainable. The title is more of a by-product of fame. It seems most don’t have any real skills they can develop (virtually none are educated beyond high school) so the only marketable skill they have is their looks – and the ability to shock. I feel sorry for them because where will they be 10, 20 years from now? Bloated and distorted from endless rounds of Botox and surgery? Tragic.

Acting is a career, the practitioners spend years studying and have marketable skills that can be developed over a lifetime. Looking good is a plus, not their main selling point.