If You Send Your Bag to Hermès For Service and They Think It’s Fake, They Keep It and Destroy It 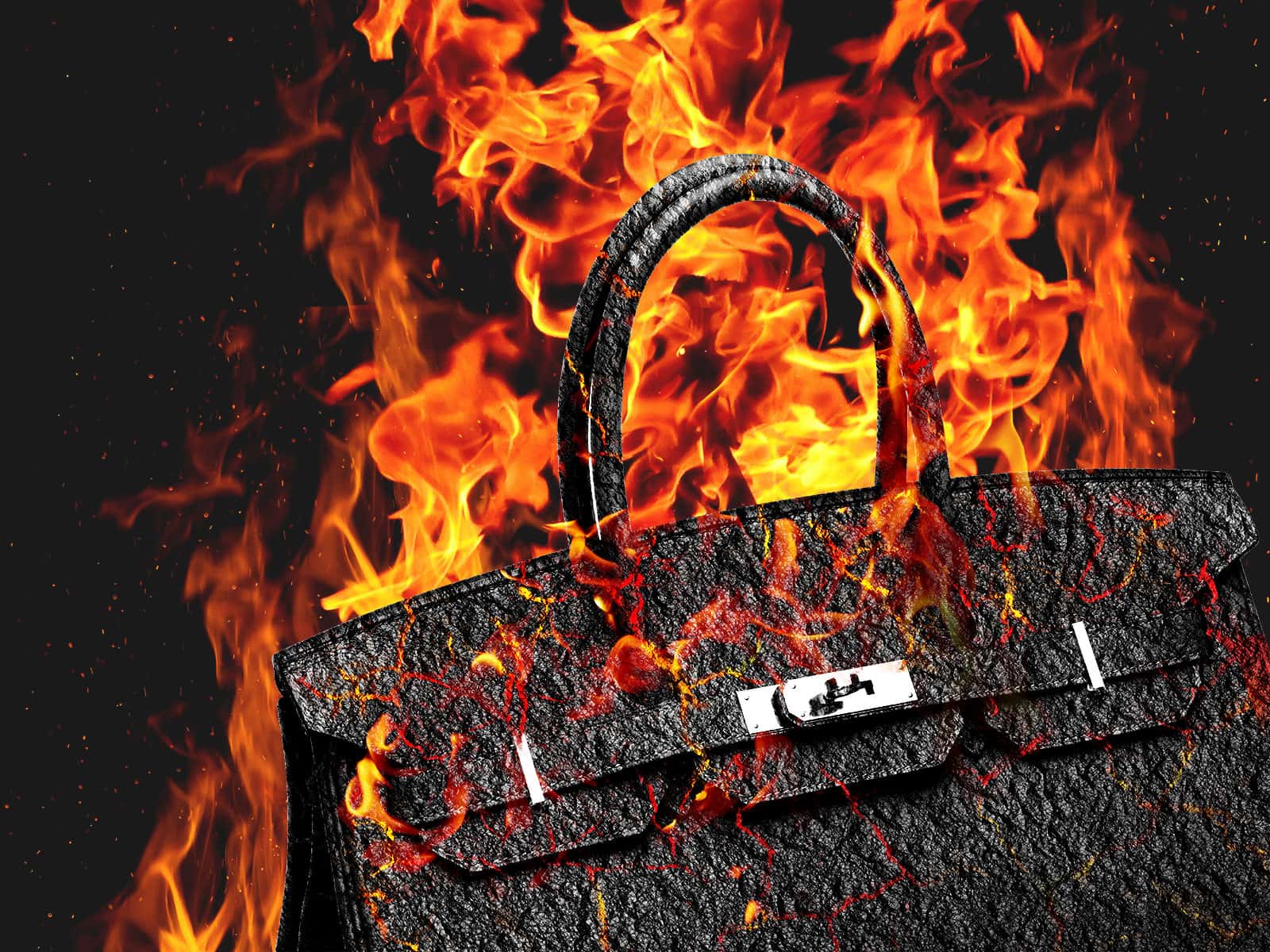 I said goodbye on Friday, but I’m back from the dead for one more post that I just couldn’t leave without writing. (Hey, it’s almost Halloween, after all!) It involves a bunch of the most things about this weird industry: the cult of Hermès, the wild secondary designer bag market, Europe’s cultural attitude toward their luxury brands, and “authenticity” as a concept. It’s also a cautionary tale about all of these things, and about how one of our PurseForum members may now be out thousands of dollars.

First, some context. Hermès bags are meant to last a lifetime with proper maintenance, which can mean periodically getting a bag cleaned or mended. The brand has a program for this called Hermès Spa, where customers can bring their bags back to their local boutique to have them shipped back to Paris, where the after-sales department has a workshop in which the brand’s artisans repair and refurbish used bags and then ship them back to their owners. Hermès will not repair bags that show evidence they’ve been worked on by people outside the company, so Hermès Spa is very popular with brand devotees—having a bag serviced elsewhere means it can’t be repaired by the brand in the future if it needs to be.

Another thing Hermès has is a thriving secondary market. Because the brand’s bags wear well, are mostly classics, and are generally pretty hard to get your hands on, they retain their value better than other brands, and their value is the highest of any major luxury leather house. As you might imagine, there are also a lot of fake bags floating around the internet, and because of the high interest in used Hermès and the high financial risk of buying one of the brand’s bags from a third party, there is an entire economy of resellers and authenticators devoted to weeding out even the best fake bags. That system goes all the way up to major auction houses and the authenticators they contract with; those authenticators can also be hired by buyers to evaluate a potential purchase before it’s made, and they can be hired by resellers to certify their bags before they’re listed for sale. Hermès won’t authenticate bags on request, so this mini economy of secondary market workers has sprung up to mitigate as much financial risk as possible for all involved.

As you can imagine, this doesn’t always work out!

Which brings us to one of our tPF members, SupaUltra_J, who started a thread on the forum at the beginning of October to get advice on a problem she was having with the Hermès Spa. You can read the thread in full, but the gist is as follows: SUJ recently bought a rare Hermès Kelly Sellier Mou from a very reputable Hermès reseller she does not name in the thread, but whom she’s done business with as both a buyer and seller in the past. Before buying the bag, she sent photos to a tPF member who goes by bababebi, who’s an independent Hermès authenticator, considered the gold-standard in third party authentication worldwide. She’s been authenticating professionally online since 2011, and in that time, she’s given a verdict on over 12,000 bags and worked with some of the world’s biggest auction houses. Bababebi is also a longtime Hermès client who owns scores of the brand’s bags herself, including two versions of the rare Kelly Sellier Mou in question. If anyone would know whether or not it was authentic, it’s her.

After inspecting photos of the potential purchase, bababebi deemed the bag authentic and SUJ bought, received, a carried it without worry. The Kelly Sellier Mou was only made from 2005 to 2007 and had been used my a previous owner, so SUJ decided to then send it off to Hermès Spa for a little detail work and rejuvenation. Shortly after the bag arrived in Paris, SUJ received a letter from Hermès: Her bag had been deemed inauthentic, and it would not be returned to her. She could appeal, but if the brand rejected the appeal, her bag would be destroyed. She would receive nothing in return.

Because of tough European laws designed to protect the continent’s luxury brands, it’s not only perfectly legal for a brand to confiscate a client’s bag if they deem it fake, but it’s required. Sending the bag back to her would be considered exporting counterfeit goods, and even if she traveled to Paris, she would be in violation of French law by taking possession of the fake bag. Hermès has the last word, even though our members have come forward with documented cases in which Hermès has been mistaken about a bag’s authenticity in the past. In most of those, thankfully, the decision was eventually reversed and the bag was serviced and returned.

Naturally, SUJ has appealed this decision, and while the first round of appeals did not go her way, she’s waiting on an affidavit from Hermès that may shed more light on the situation. Luxury brands generally don’t tell clients why they believe a bag to be inauthentic, though, because that would aid counterfeit manufacturers in making their bags even harder for shoppers to detect.

This story doesn’t have a neat little resolution, and it’s unlikely to have one in the future. On the forum, our members with Hermès expertise have unanimously sided with bababebi, the authenticator—there is nothing about the bag that gives even the slightest indication that it isn’t real. And because Hermès has been wrong before, readers have wondered if the bag’s age and rarity make its authenticity a weak spot in the institutional knowledge of the Hermès after-sales team. The Mou was only made for a few seasons over a decade ago, and it’s special because it’s slouchier than other Kelly Bags—it lacks an extra layer of internal leather that the regular model has, which normally helps give the Kelly its structured shape. (“Mou” literally means “soft” in French.) To an artisan who’s been with the brand for less than a decade, that could potentially make the bag look fake. Hermès has assured SUJ that the appeal inspection was done by a member of senior staff, though, and the Mou’s inherent peculiarities would certainly be clear to all parties by this point.

The rarity of the bag also makes it very unlikely (although not impossible) that such a high-quality fake was ever made. Few people know of the Mou outside hardcore Hermès lovers, and the vast majority of counterfeiters make their money by selling so-so fake bags at higher volumes, which usually target people who are new to a brand or type of bag and have no idea what to look for, or who might not know they need to watch out for fakes in the first place. Those people are generally looking for the most popular styles and colors, not a deep cut like this design. And although superfakes exist, they are usually made to mirror the most expensive exotic bags, because tricking someone into spending $25,000 provides the kinds of high margin and high shopper interest that making a near-identical fake would require in order to be worth the time and effort. After all, a big part of why Hermès bags cost as much as they do is that it takes a lot of time, skill, and fine materials in order to make one.

So that’s where we are now: It seems unlikely that the authenticator and the Hermès authenticator community are wrong, but it also seems unlikely that Hermès is wrong. SUJ, to her credit, is taking this all with a level of calm I’m not sure I could muster if a bag for which I paid thousands of dollars might get set on fire. The reseller who sourced the bag is also being cooperative and is in contact with the original owner, who they say is working on providing a paper trail that would prove the bag was purchased from Hermès. For the moment, though, the brand holds all the cards, and all anyone can do is sit and wait.

It’s easy to scold people for buying bags from resellers or for trusting authenticators, but because rarity goes hand in hand with luxury, the secondary market is a part of the bag business that is only going to grow as brands employ marketing tactics like “drop” sale structures and limited editions. Those practices make it difficult for shoppers to get what they want directly from the brand to give buying a sense of importance and immediacy—if you don’t grab what you want, it will be gone for good. The way the luxury industry is evolving incentivizes people to flip popular, valuable pieces, and old school luxury brands like Hermès generally don’t want to admit the phenomenon exists at all. That disconnect puts all buyers, authenticators and sellers working in good faith in exactly the bind SUJ has encountered, and I can’t imagine these brands can go much further without doing something to address these problems in some substantive way.