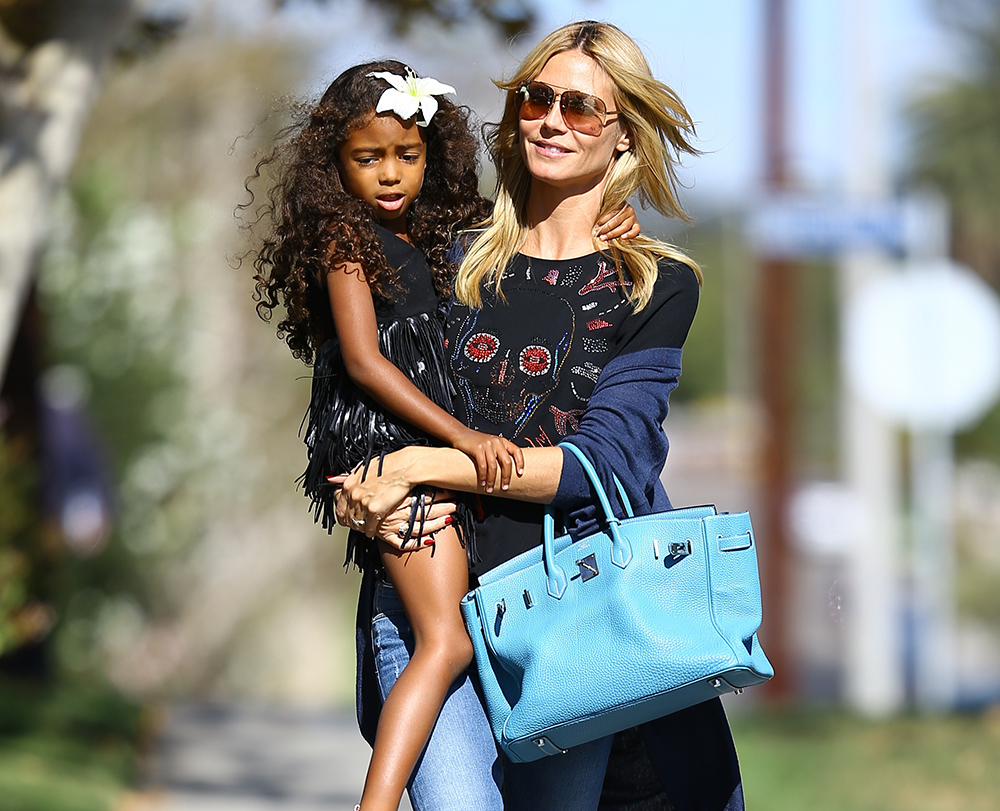 There are some things celebs never seem to tire of, like fro-yo and Hermès Birkins. Here's Heidi Klum, escorting her kids to Pinkberry post-soccer practice and carrying an especially nice blue Hermès Birkin. Heidi owns several Birkins, but I don't think we've seen her carrying this one before, so it may be a recent addition to her collection.

Heidi's bag choices have truly improved since we profiled her collection in "The Many Bags of Heidi Klum." Several years ago she had a strong penchant for handbags that were on the extreme end of eccentric, but her bag picks as of late have all been pretty solid, which may mean it's time for a follow-up edition of "Many Bags." 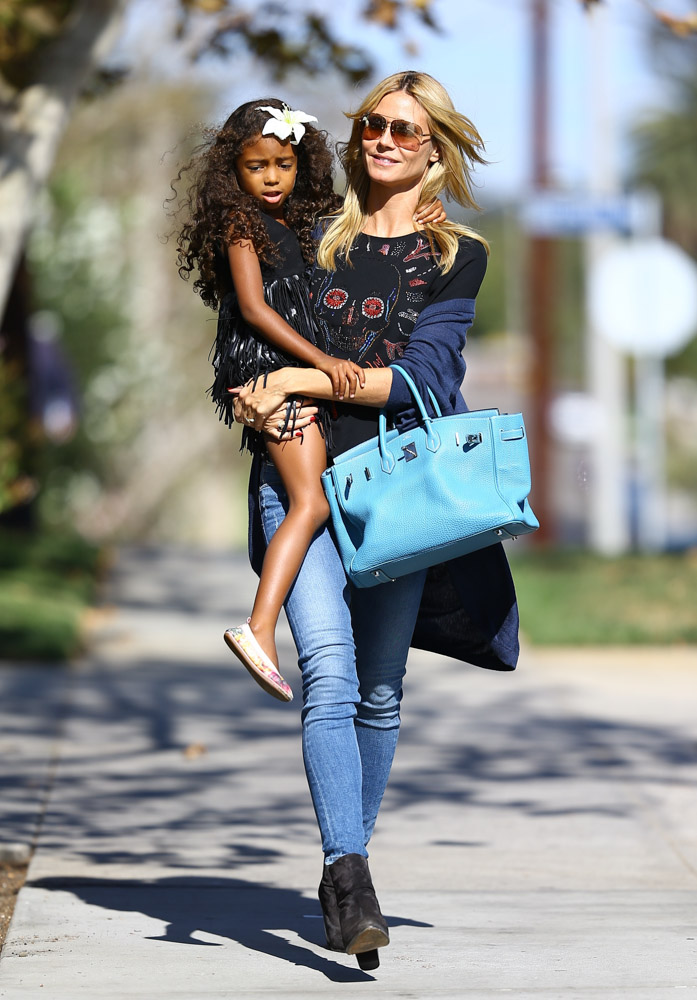 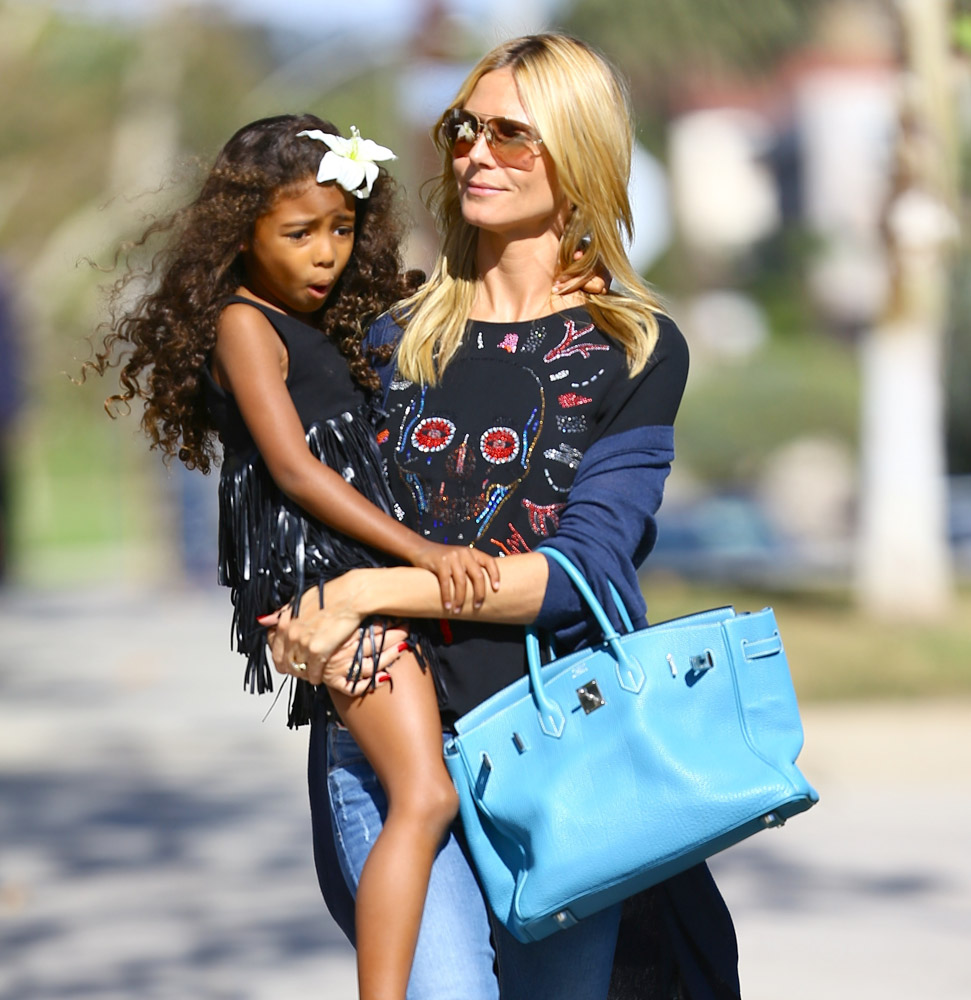 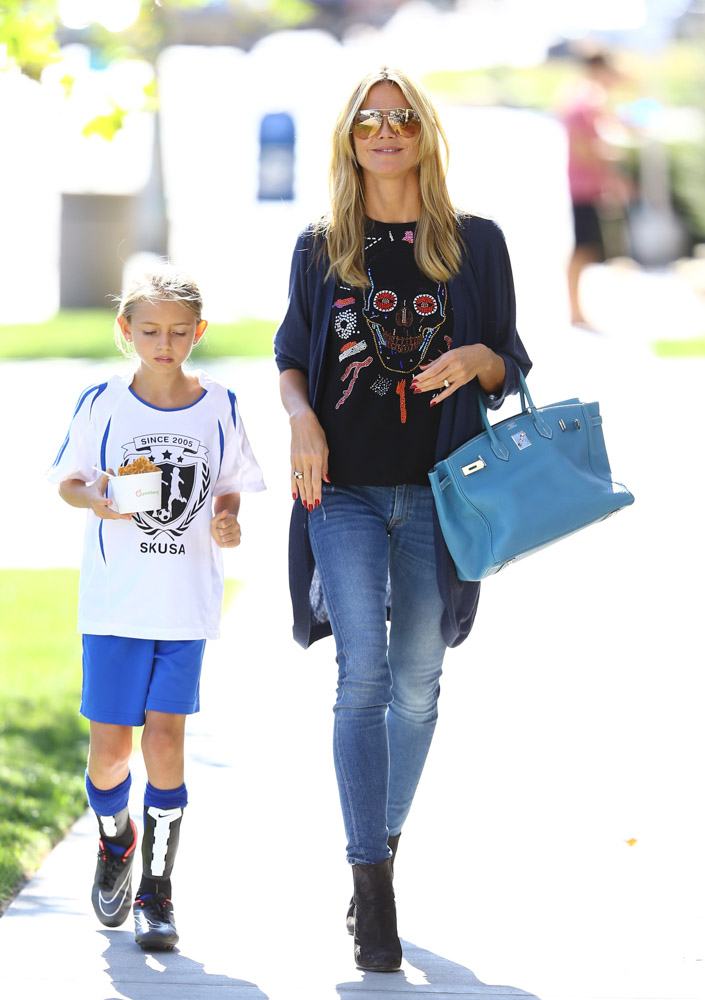 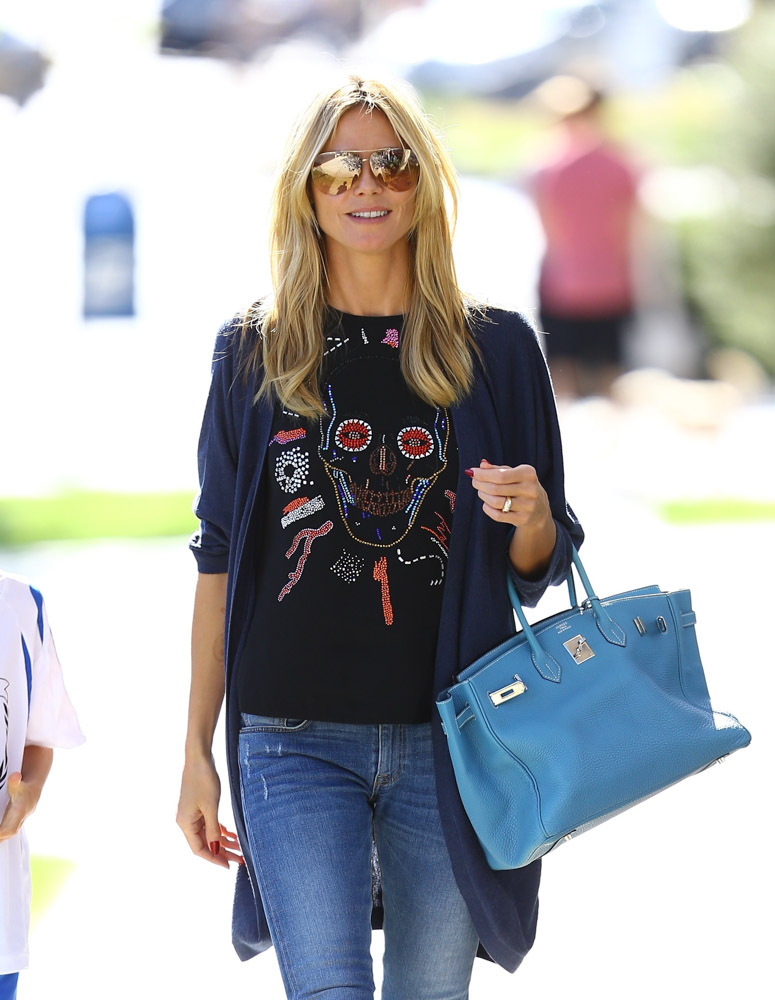