UK Celebs Carry Their Best Bags to London Fashion Week, US Celebs Mostly Just Hang Out at LAX, Per Usual 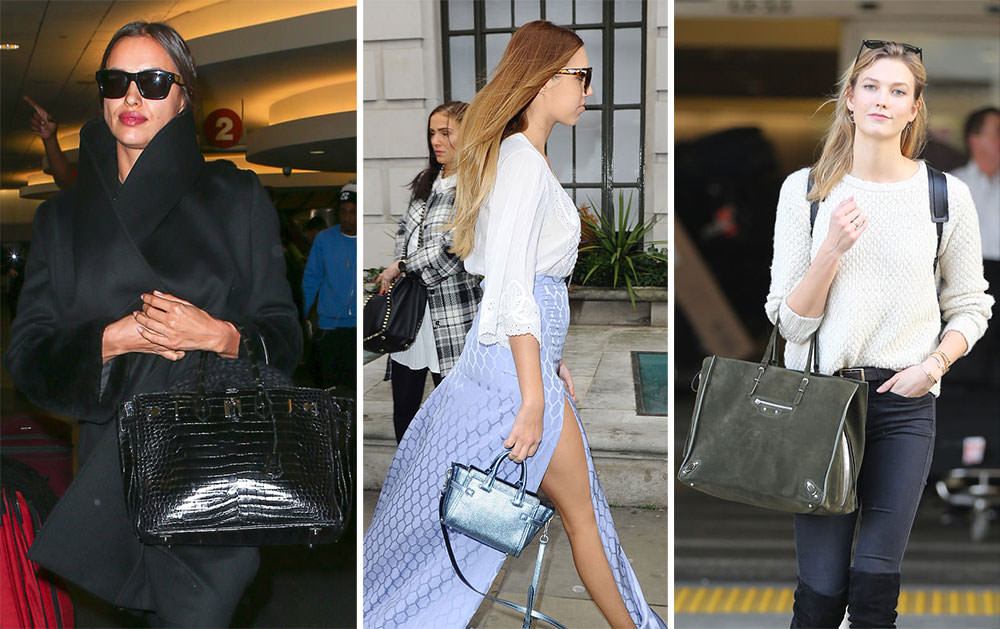 London Fashion Week is upon us, and this week it happened to overlap with the Oscars, which meant that LFW was an A-list actor-free zone during the first few days. London’s best “it” girls, pop singers, and modeling legends still turned out in force, of course. As you might suspect, this bag round-up is particularly model and UK designer heavy, though the models are actually quite equitably distributed between London and LA.

Alexa Chung was spotted carrying her Louis Vuitton x Frank Gehry once again, this time to a London Fashion Week party. Alexa Chung and Rihanna are both huge fans of this bag, but they are also the only two celebs we’ve ever seen carrying it. I’m guessing it’s probably just that rare and exclusive. 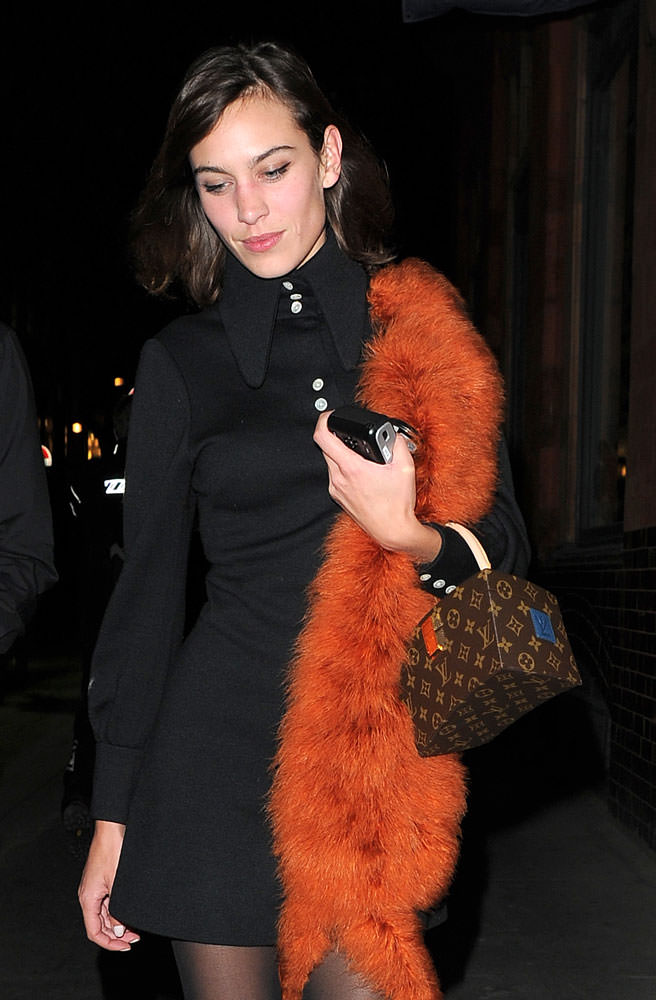 Here’s English model (and rock progeny) Amber Le Bon, heading into the Temperley show at LFW with a lovely, metallic, pebbled leather Coach Swagger 20 Mini from Coach’s Spring 2015 collection. (You know a bag is truly mini when it is scarcely wider than a model’s thigh.) Happily, your father does not have to be a prominent rock star from the 1980s in order for you afford this delightful little bag. 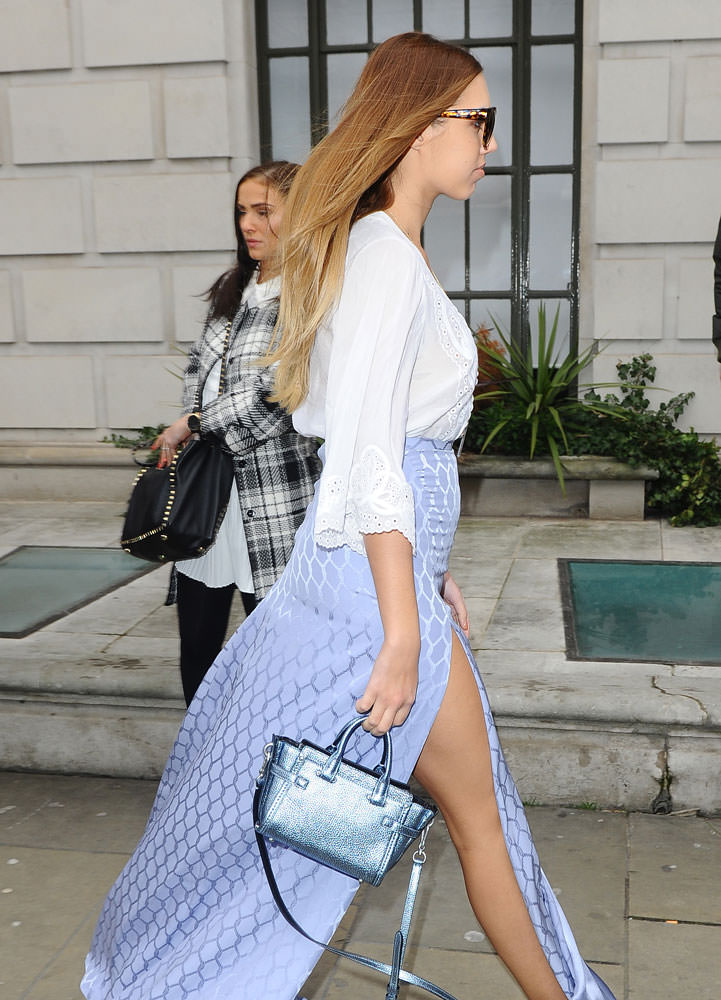 Here’s Irina Shayk, arriving at LAX and headed to destinations unknown with a black croc Birkin. Irina recently made waves at the Oscars and subsequent Oscar after parties by wearing a dress that “did not leave much to the imagination,” according to several extremely astute media outlets. 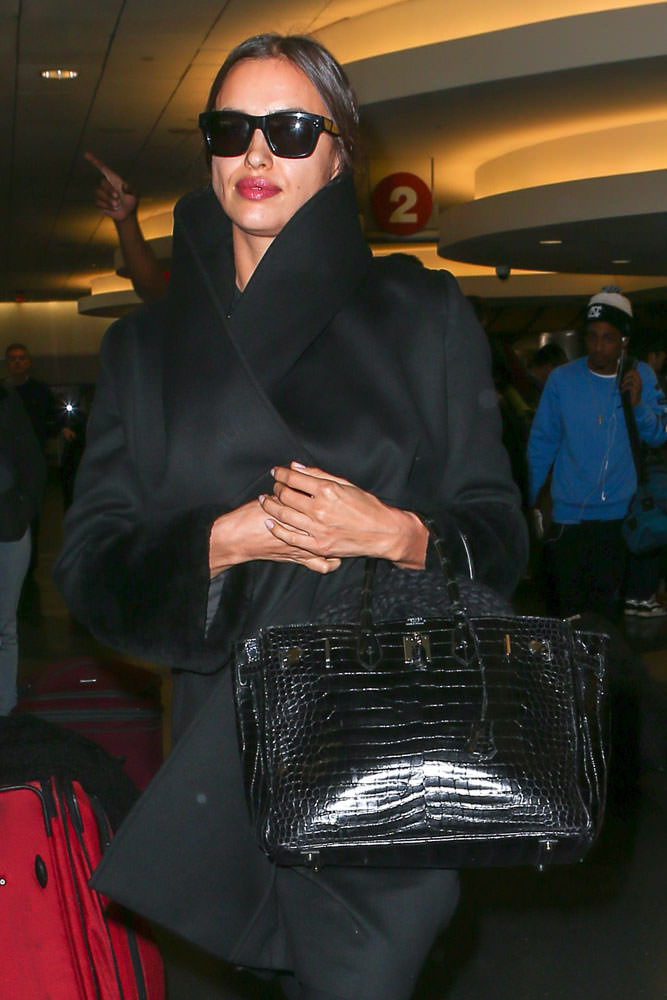 LAX was all aflutter with supermodels this week. Here’s Karlie Kloss, carrying a pleasingly oversized green suede Balenciaga tote. Karlie is reportedly turning down a few more years’ worth of fat Victoria’s Secret paydays in order to go to college at NYU next fall. Kudos, Karlie! 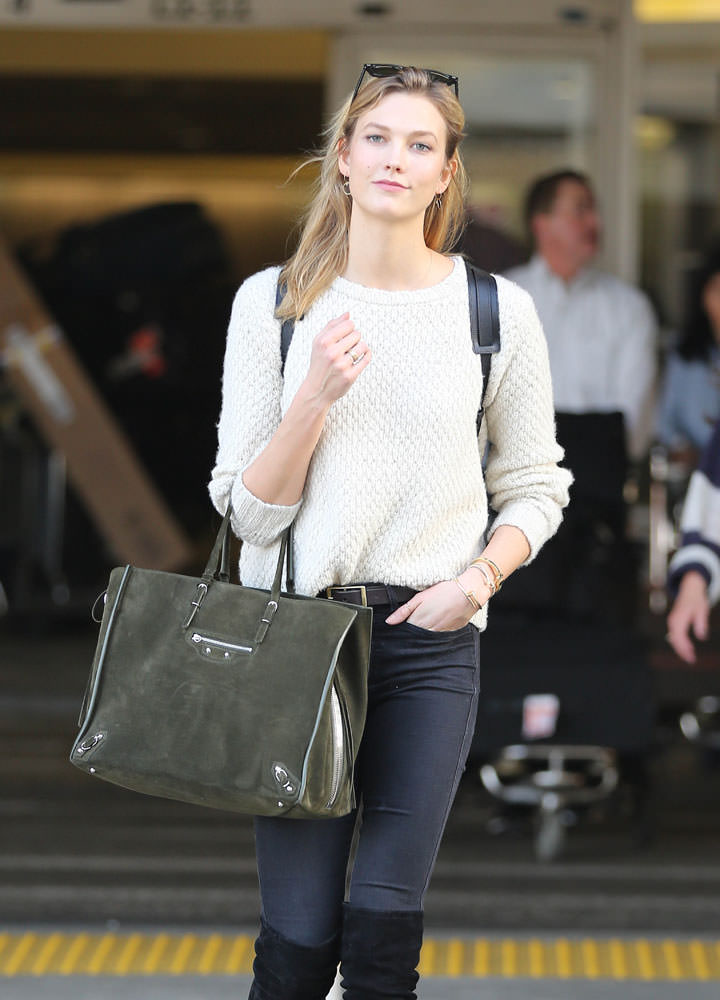 Marion Cotillard has been everywhere during awards season, which is fine by me, because every time I see her, I feel like I’m getting a new lesson is “how to look more French.” Here she’s basically just wearing fancy work-out clothes and carrying a Lady Dior Mini at LAX, and still I feel I’ve learned so much. 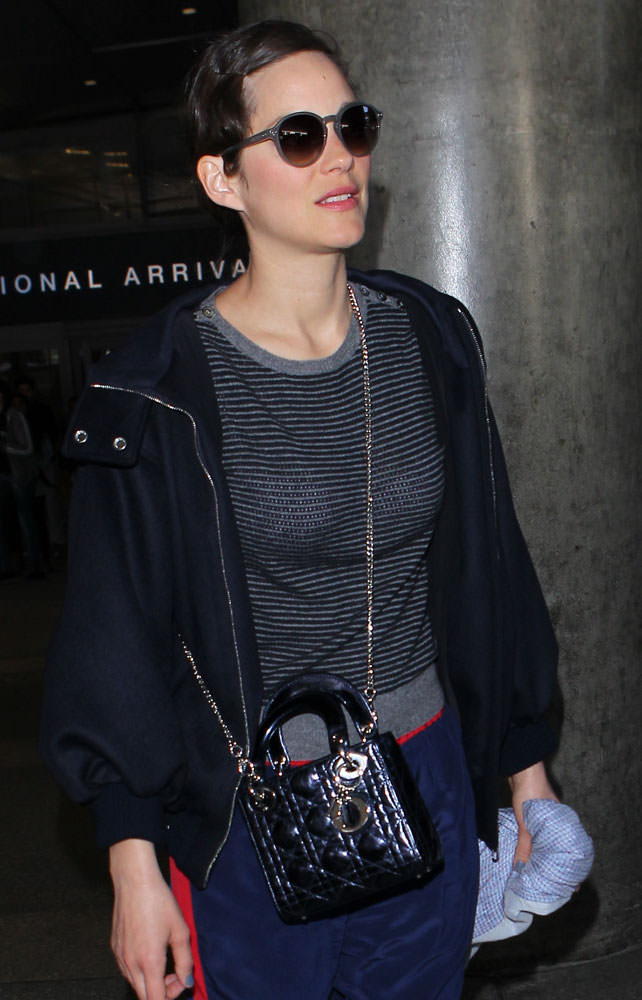 Here’s Naomi Campbell, arriving in London ahead of the Burberry show, looking like a honeypot from a 90’s James Bond movie. (Remember Pierce Brosnan?) Naomi only occasionally deigns to walk the runways these days, but she’s always a shoe-in for a front-row seat at the LFW show of her choice. 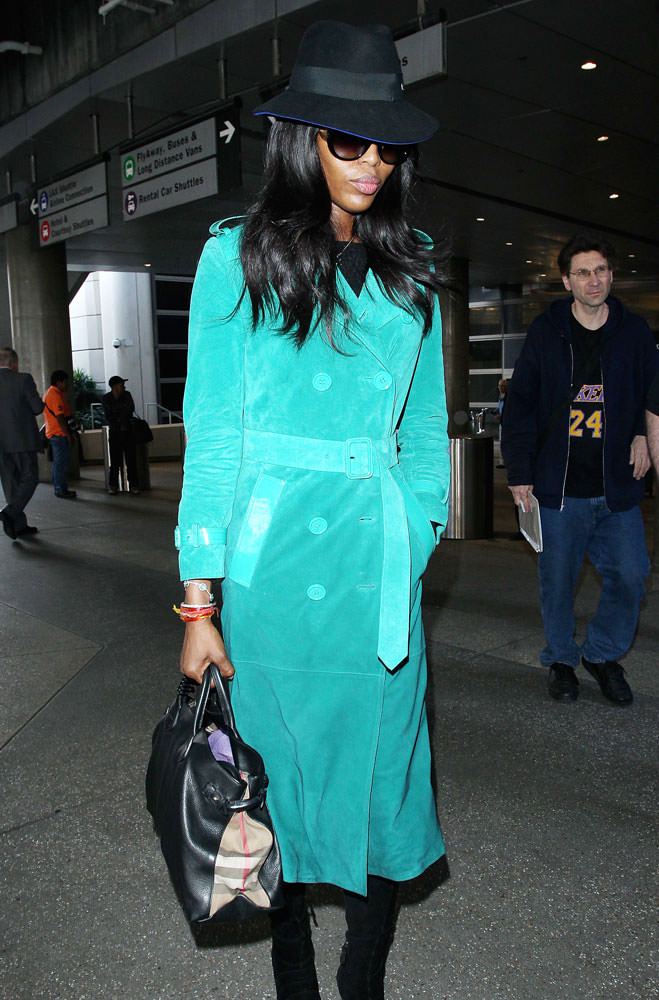 Here’s Salma Hayek, carrying Christopher Kane to the the designer’s LFW show. We can’t mention Salma without also mentioning that her husband is a huge investor in a wide variety of high-end labels, including this one. Thus, Salma Hayek’s wardrobe will always be way, way better than yours or ours. 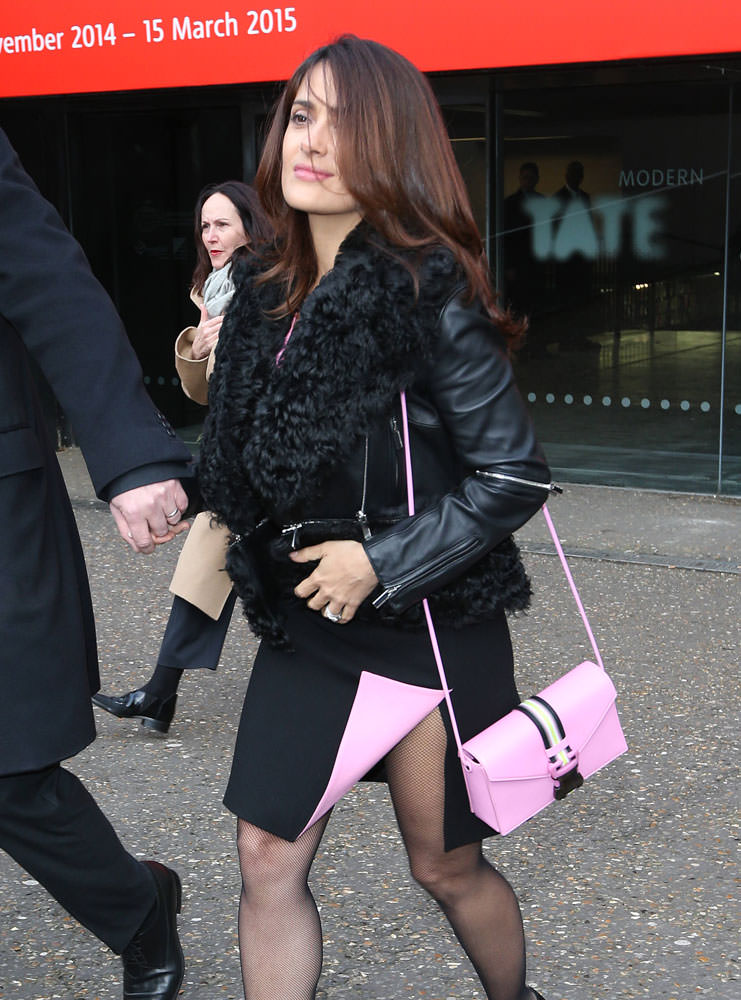 Vanessa White may not be someone you’re familiar with, but she’s a member of the British girl group The Saturdays. And because girl groups are still relevant in the UK (and have been perpetually since the dawn of time), she gets an invite to LFW. Vanessa, we barely know you, but we know we really like that little Moschino. 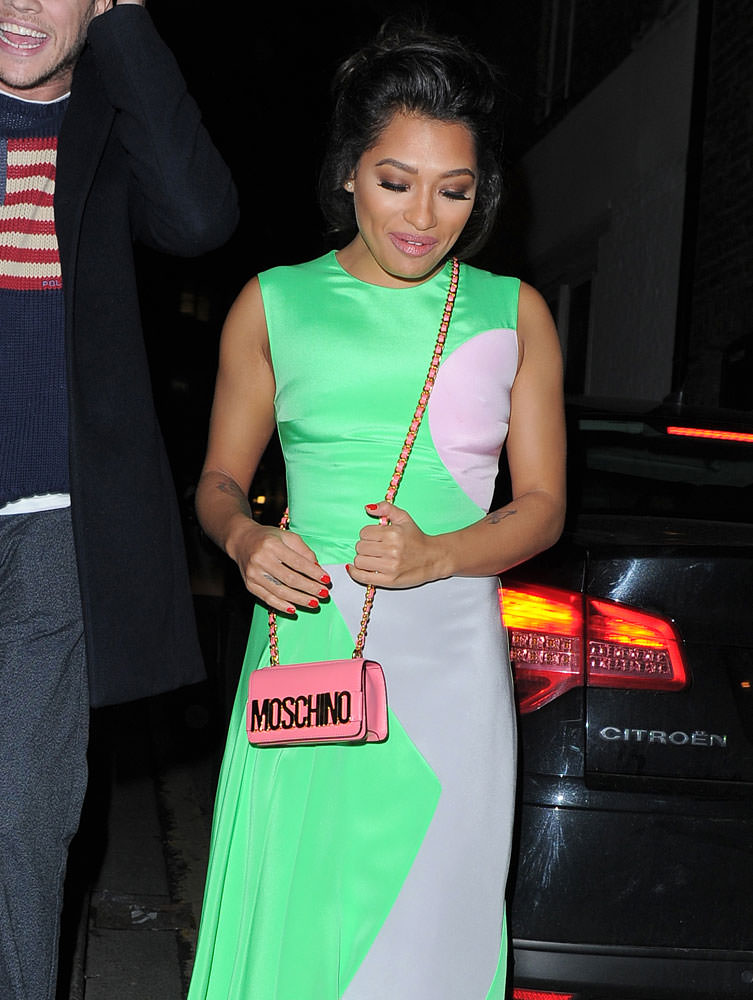 The lady dior mini is absolutely adorable. Dior is really creating the most beautiful bags lately.

in love with that little dior bag! the chain is adorable

karlie kloss is A+ .. respect

@Make residual profit weekly.. This is a great part-time job for everyone… Best part about it is that you can work from your home and earn from $100-$2000 each week .. Start today and have your first payment at the end.. of the week…>->https://-&gt; —>START here right now…

Looks like she’s carrying a Mansur Gavriel backpack? What a great combo.

@Brody.. . even though Denise `s st0ry is terrific… last wednesday I got a great McLaren F1 from bringing in $6271 thiss month and just over 10 grand last-munth . without a doubt it is the most comfortable job I’ve ever done . I started this 5 months ago and pretty much straight away began to earn more than $85, p/h .

JOHNSON,..I work fr0m comfort of my h0me.., by completing various basic jobs that only require a PC and access to internet and I couldn’t be happier… Six months have passed since i started this and i had profit so far total of 36,000 d0llars… Basicly i get paid 80 d0llars/h and work for three to four h daily.And great thing about this is that you get to choose yourself when to w0rk and for how l0ng and you get a paycheck weekly. _ -> JOIN NOW <-