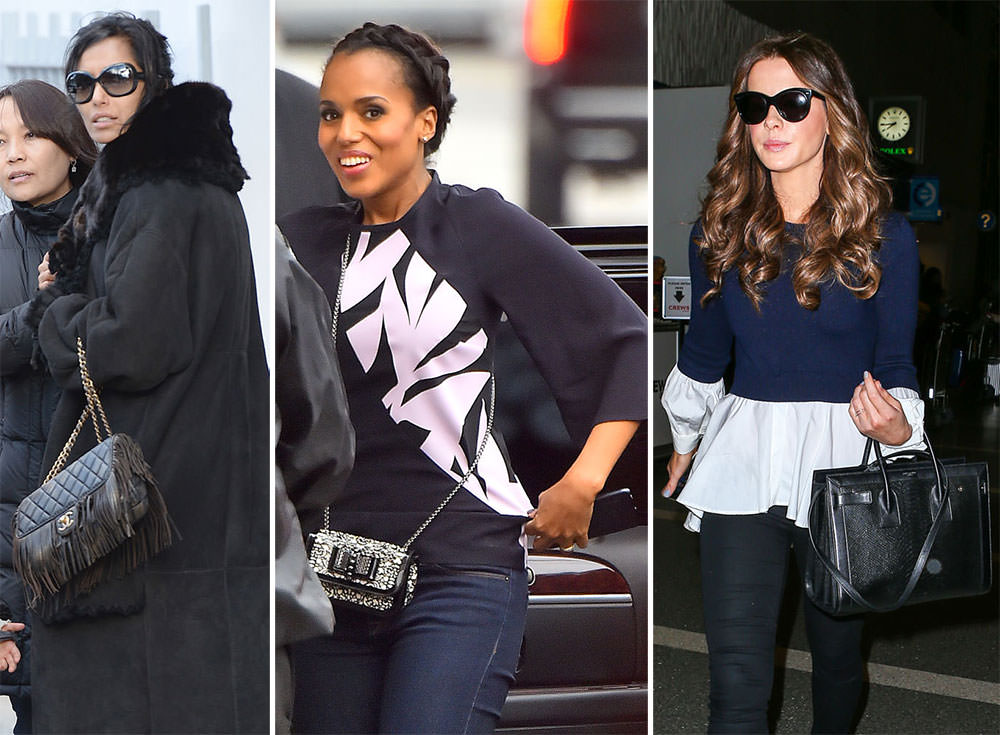 Saint Laurent’s Sac de Jour has quietly-yet-deliberately infiltrated the hearts and minds of celebrities over the past year. It’s not that the bag itself is remarkable; it’s really not, which may be part of the appeal. It’s sort of an anti-“it” bag–classically styled and fairly inconspicuous, with minimal branding. Our readers have always been quick to point out the similarities between the Sac and several other high end handbags (the Birkin, the Prada Saffiano Lux Tote), and they’re not wrong. So what is it about the Sac? Is it possible Saint Laurent is handing these out to celebrities like they’re soft pretzel samples from Auntie Anne’s, or are celebs going out and buying them en masse? We’ll investigate that, plus the rest of the week’s notable celebrity picks, below.

First, we’ll start with the non-Sac-carrying celebs. Here’s Kerry Washington, heading into an appearance on Jimmy Kimmel Live in LA with an adorable mini from Christian Louboutin. The Sweet Charity is one of only a few bags that have lasted the long haul with Louboutin. As I’ve mentioned a few times in recent round-ups, it seems that the majority of their bag designs are being phased out in favor of new models to come. 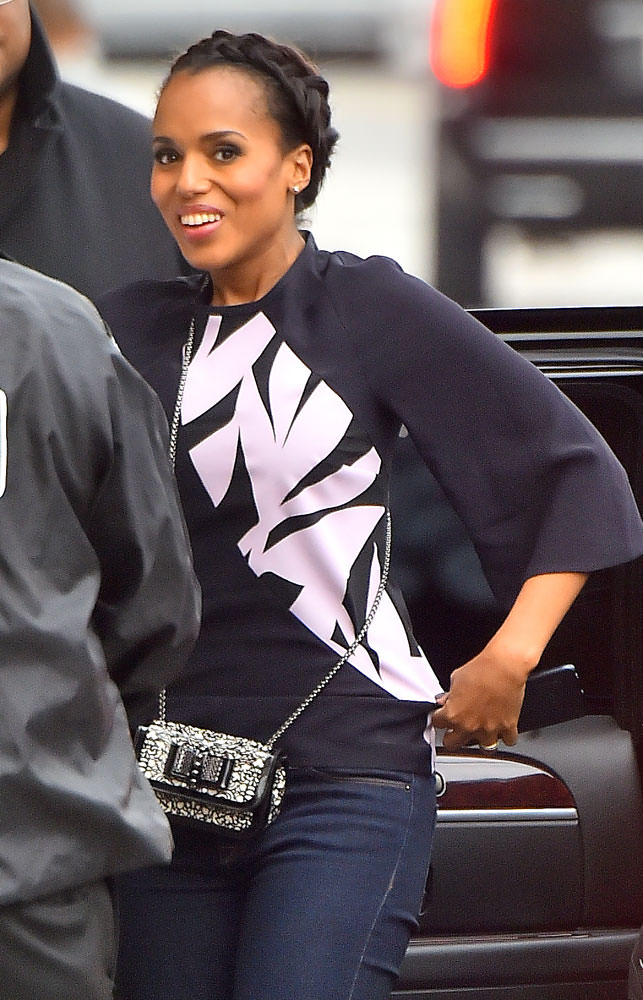 Jenna Dewan-Tatum is swiftly becoming one of our round-up regulars. Here she is walking the red carpet at the premiere of Channing’s new sci-fi flick, Jupiter Ascending, carrying a shimmery brown clutch from Rauwolf. Rauwolf is a NY-based accessories brand that specializes in handcrafted clutches that vend for around $1-2K. 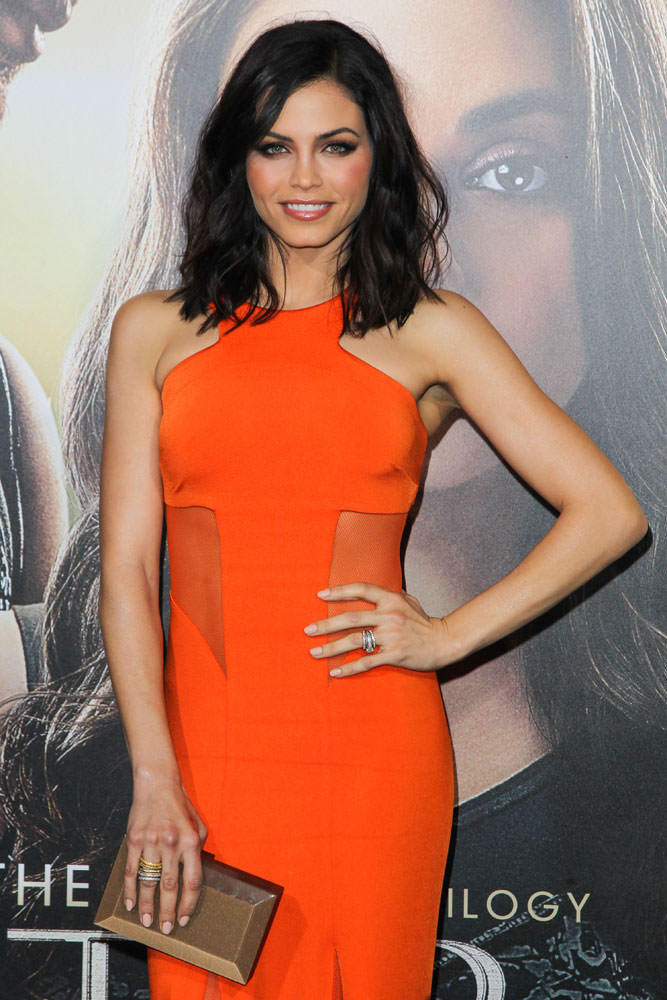 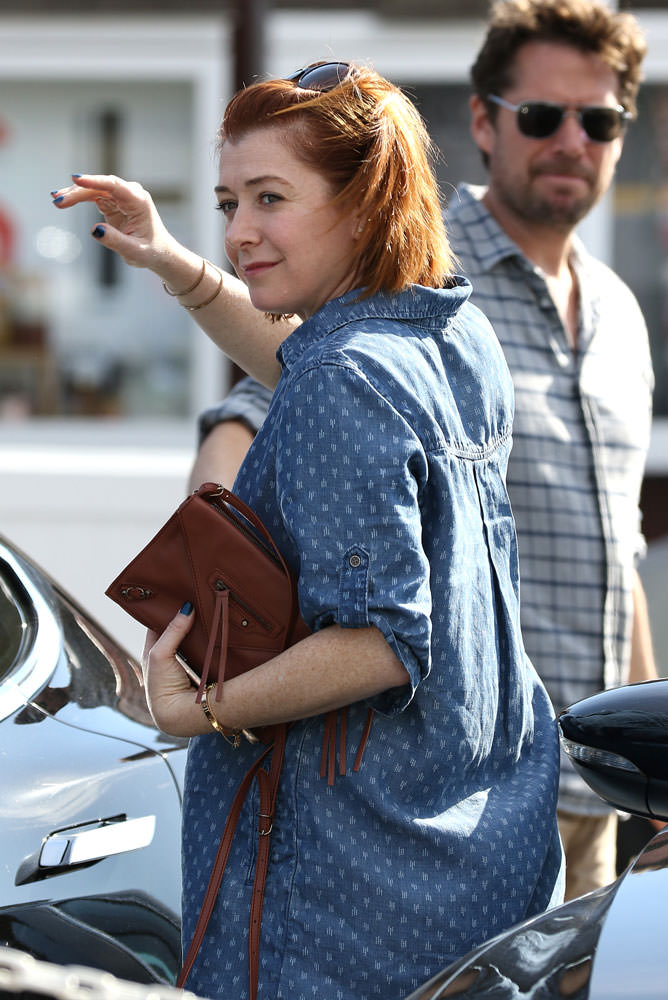 Now begins the parade of Saint Laurent Sac de Jours. Kate Beckinsale was recently spotted at LAX with a classic black Sac with a textured front panel. This is technically the “small” (but not mini) Sac de Jour, as opposed to the notably larger, regular tote version. 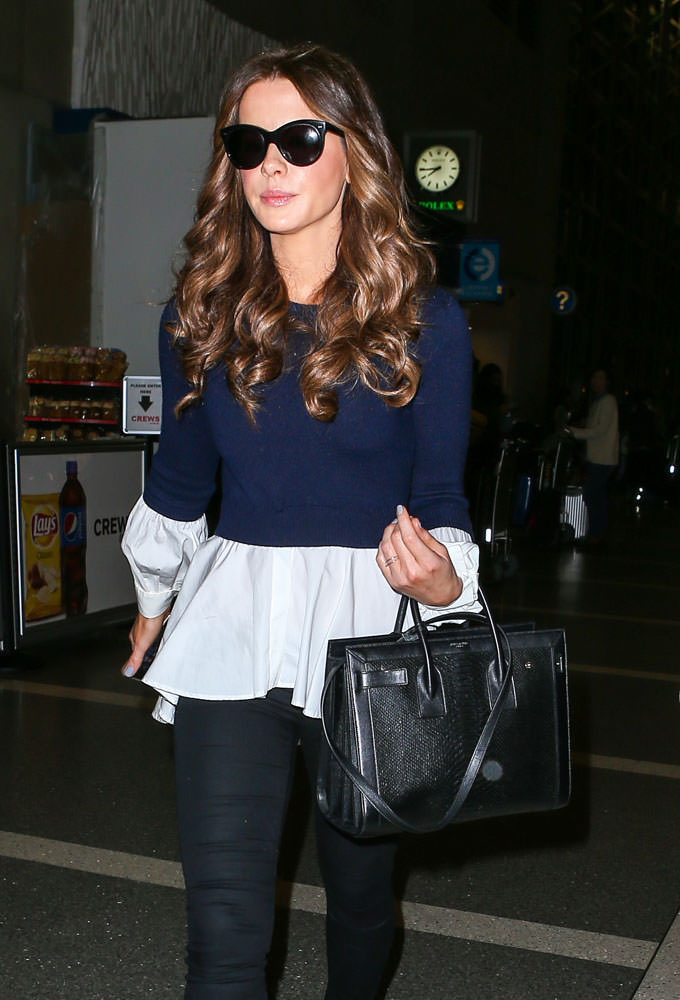 Nicole Richie was also snapped darting to her car outside LAX. If you’re a celeb and you’re trying to slip through the crowds at LAX unnoticed, here’s a tip: leave the Chanel backpack at home. You might as well shoot off a flare gun. 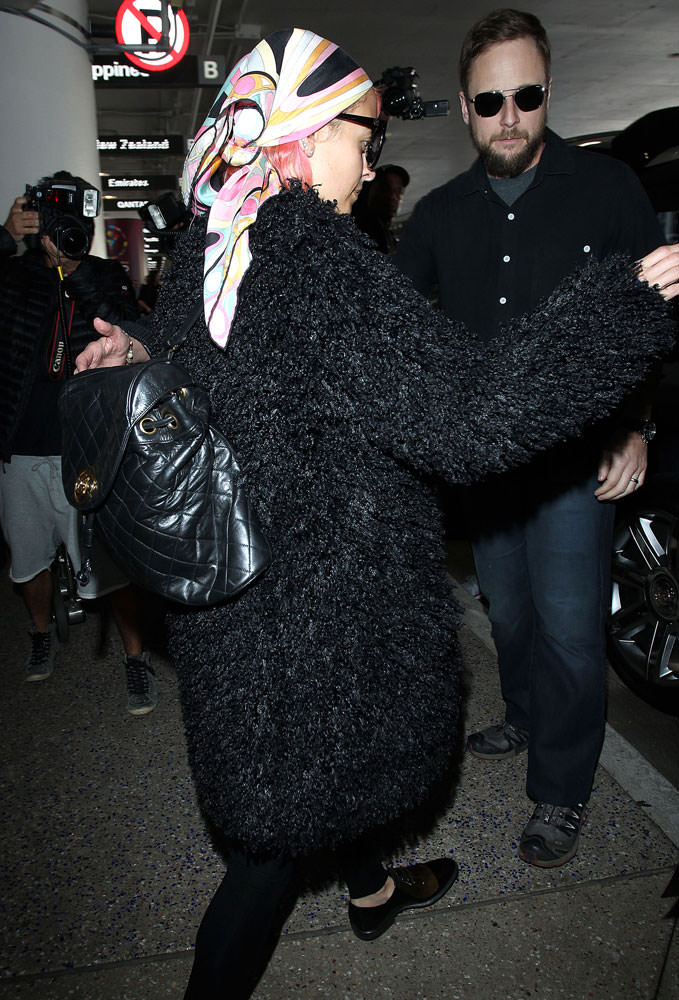 Padma Lakshmi was recently spotted throwing paparazzi some shade while hanging out with her daughter Krishna in NYC. She’s carrying an unusual fringed Chanel Flap Bag that comes in a luscious brown leather hue that we don’t see celebs favor too often. 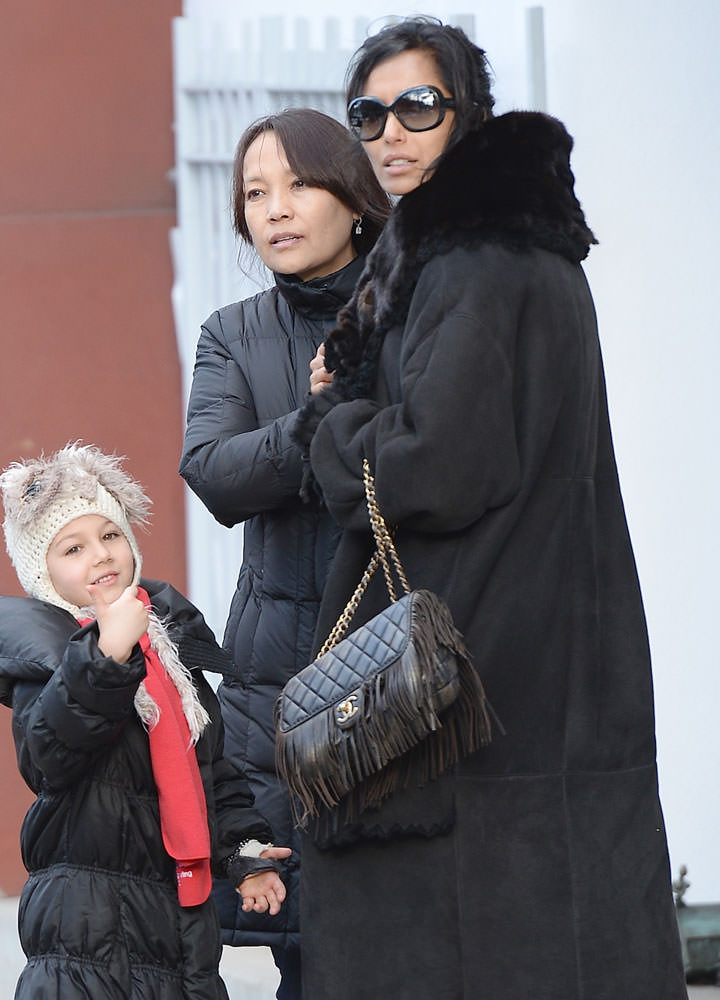 If there is one person who could be solely responsible for the Sac’s popularity, it is undoubtedly Rosie. She has been known to carry other brands, but in the last year or so, she has amassed quite a collection of Sacs. Here she is at LAX, with a simple black Sac, one of at least a half dozen she seems to own. 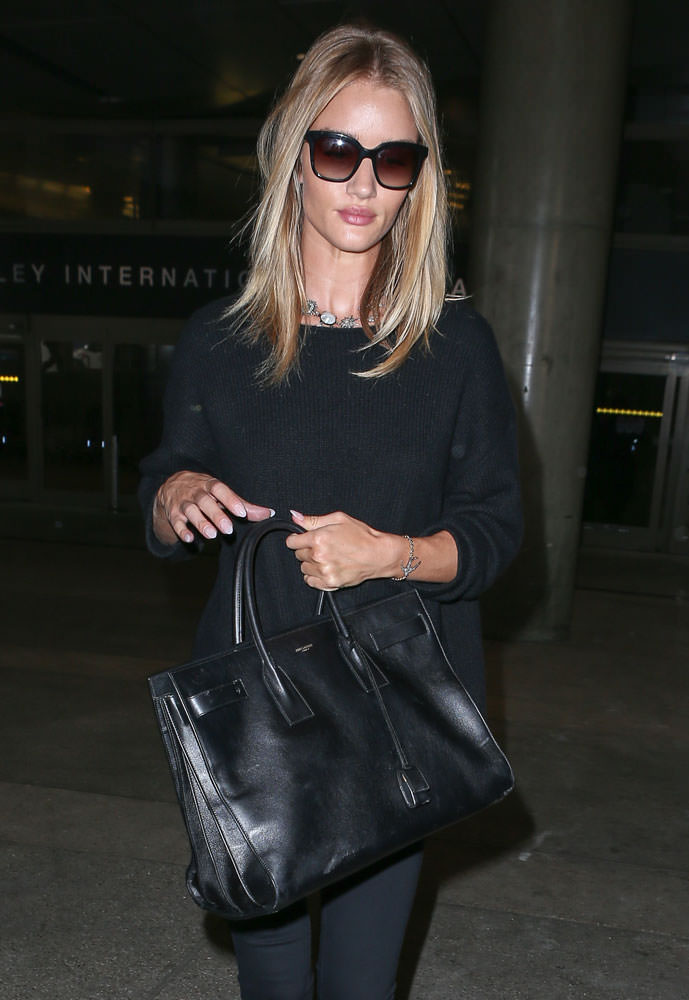 Here’s Salma Hayek, trying to find her seat at a soccer game between Paris Saint Germain and Rennes in Paris. It’s no mystery why Salma carries one of the most luxe Sacs available–her husband runs the company that owns Saint Laurent. I would be extremely hesitant to carry this bag to a soccer game, however. 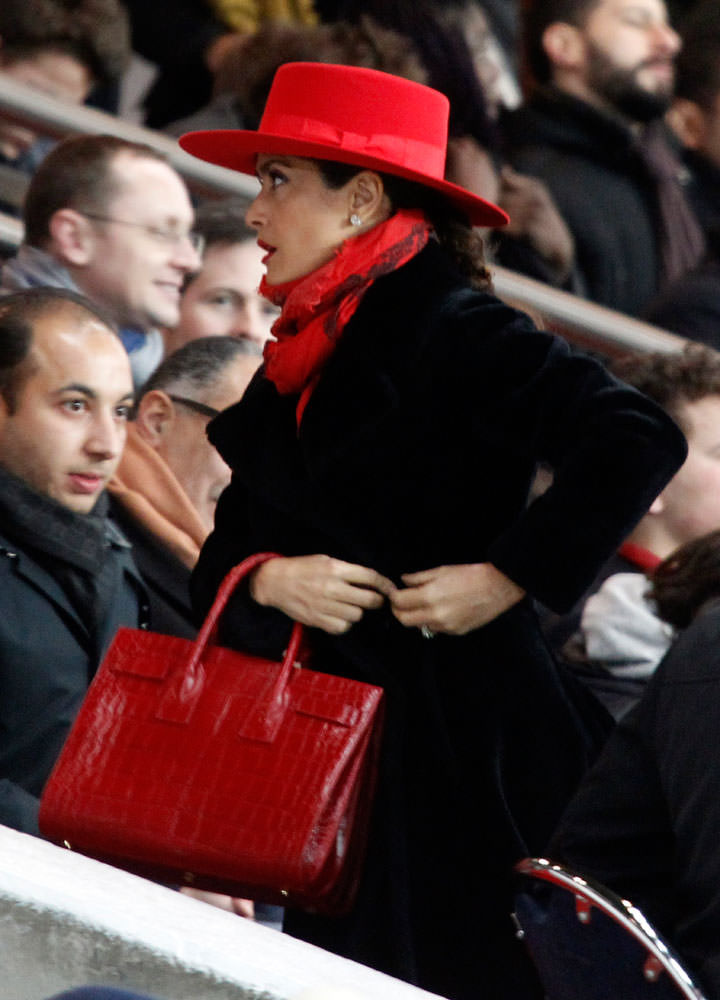 Something about the word ‘sac’ makes me feel strangely unnerved and grossed out, much like ‘moist’. Anyway, that mini charity is adorable! I don’t think I could ever get away with a bag that tiny tho. I like to carry a small hospital in my bag.

Its cute for sure. I wouldn’t even call it a bag, though. That’s a cell phone case on a chain.

omg – everyone was thinking it! I am laughing so hard! lolling!

Um, a quick google shows Rosie only owns 2 Sacs: this black one and one in green… Where did this half a dozen sacs come from?

I am making baby steps towards understanding why the Sac is such a hit … but I am not getting any closer to buying one .

All of these purses are to die for! I especially love Richie’s vintage backpack and fur coat combo. I love drawing inspiration from celeb’s bags.

I thought this was a great post, very similar to this one: http://bulletbluesca.com/blog/celeb-style-bullet-blues-statement-bag-sunnies-hat/

I do like the Sac du Jour and the Givenchy Antigona….both bags seem to be the totes of the moment….which is exactly why I won’t get either.

Salma looks like a million bucks. She always looks so beautifully polished and pulled together. I’m envious.