Prada, Chanel and Vivienne Westwood were the bags of choice
By Emily Anderson •  Jan 21, 2019
4 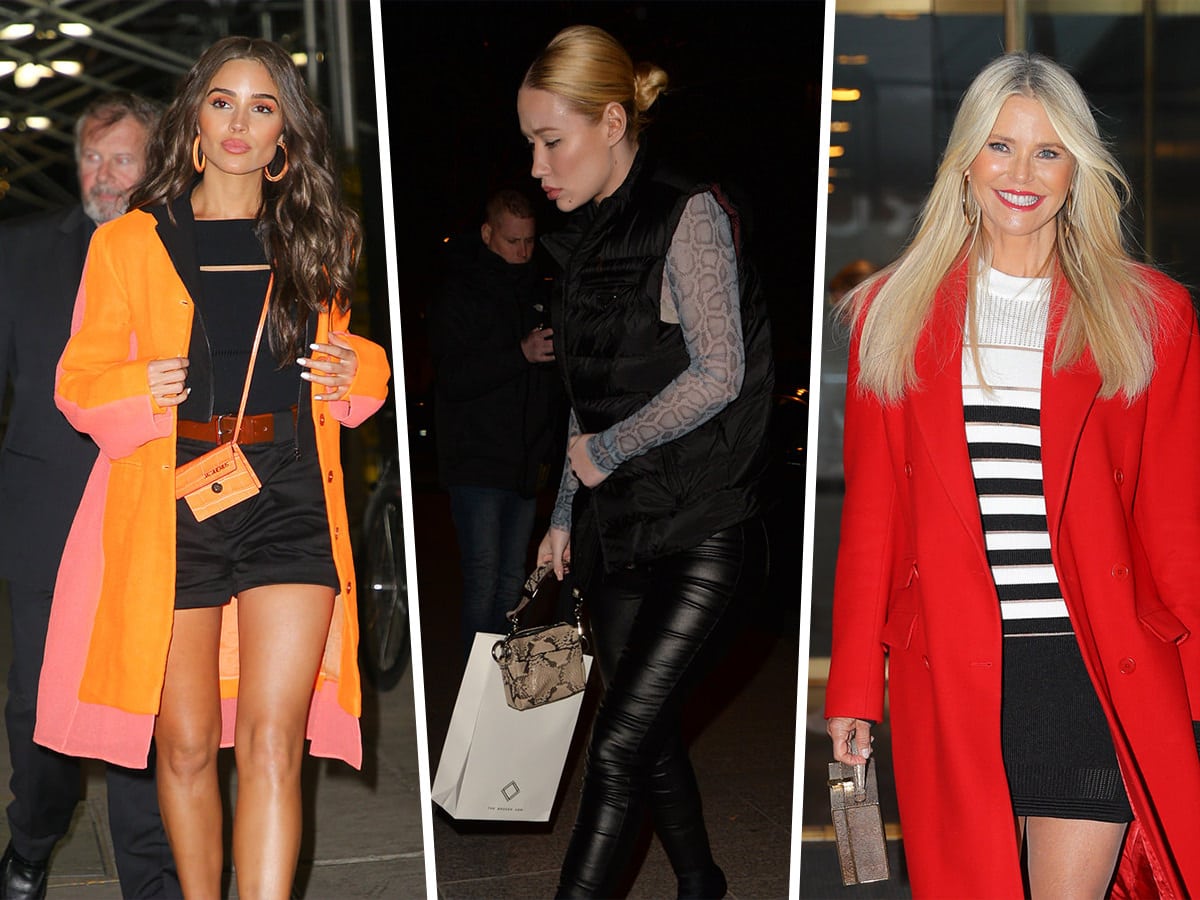 This week we have a surplus of pics of the Hadid sisters for you. They were all over Milan Fashion Week, and they've already jetted back home to NYC. A smattering of women do get to walk on the runways during the men's fashion weeks, so select designers decided they might as well hire both Hadids. Meanwhile, in Paris and NYC, the bags were excruciatingly wee.

Elle Fanning is currently filming a movie in NYC. Here she is between takes carrying a white Louis Vuitton Sofia Coppola BB Bag. This is the smaller version of this bag, which has vanished from stores, but is available on the secondary market. The regular-sized version is still in stores. 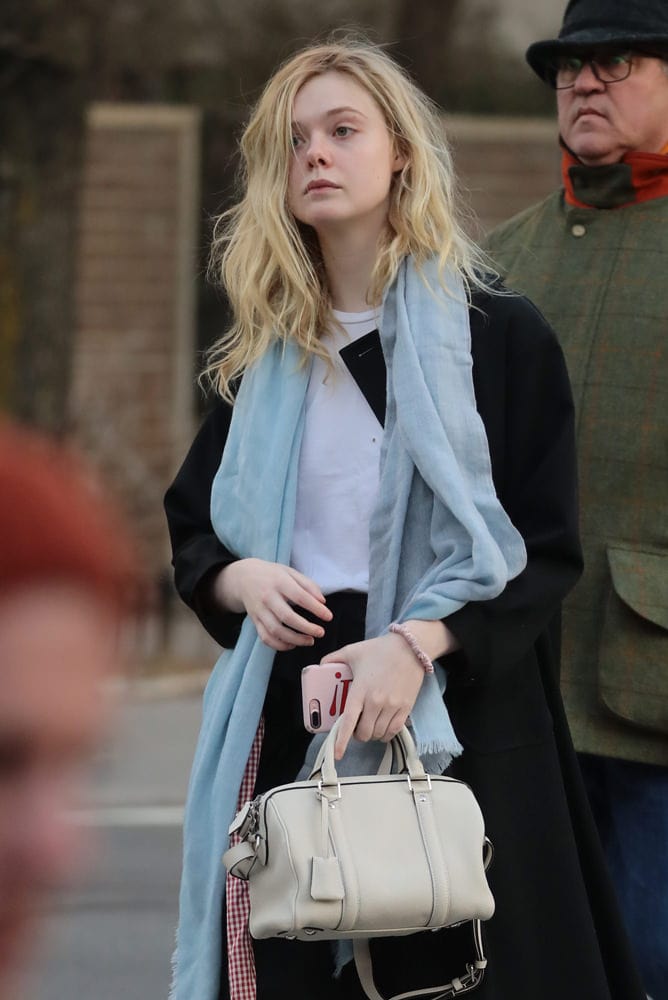 The Hadid sisters were well booked in Milan this year, I'm not even sure they'll make it to Paris Fashion Week Men's. Here's Bella, carrying a beautiful Vivienne Westwood Dorset Croc Heart Bag. 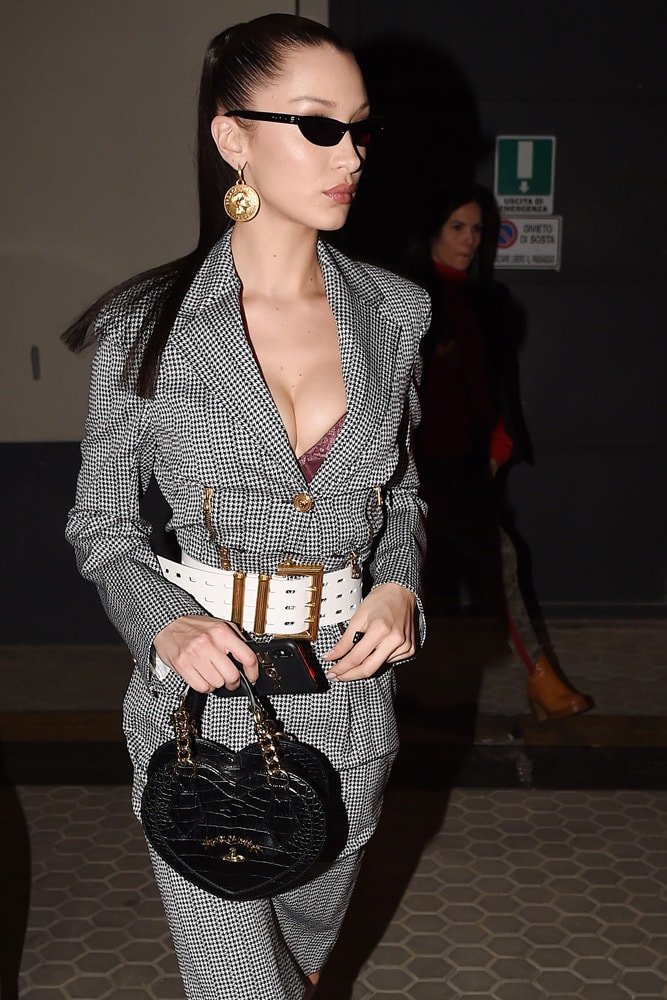 Gigi Hadid carried this black and white Prada Sidonie Bag around Milan between runway gigs. Both sisters walked in the Prada and Versace shows. 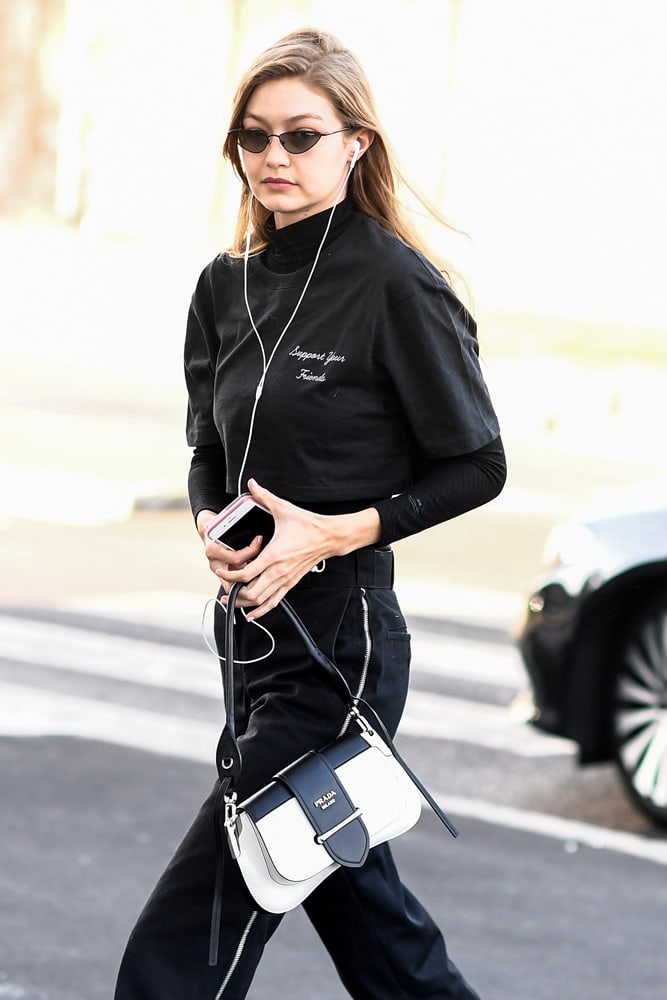 Iggy Azalea is in Paris, however, and was seen carrying this extremely teeny croc mystery bag while out and about. Does anyone have the faintest idea whose bag this is? 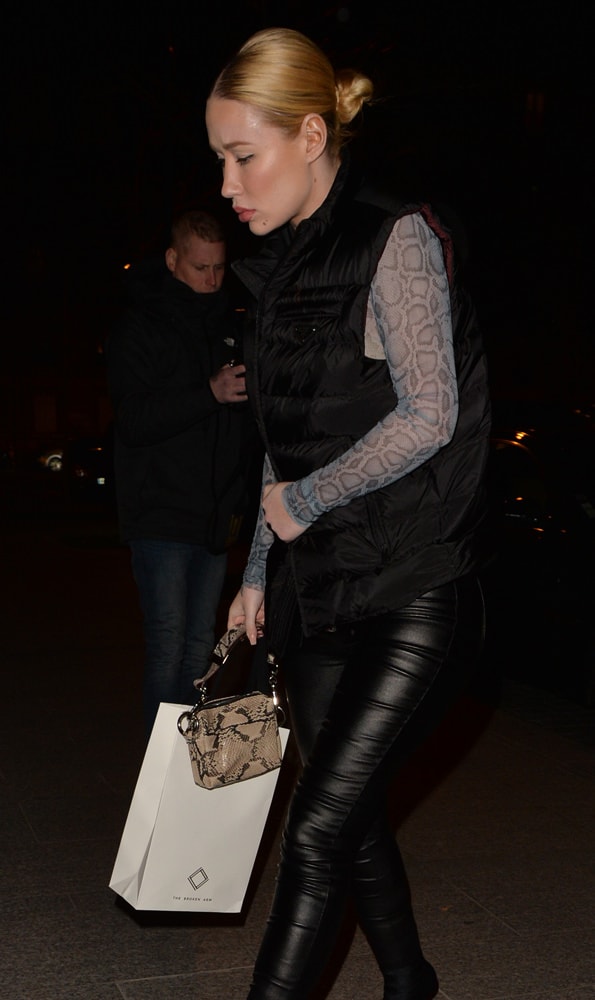 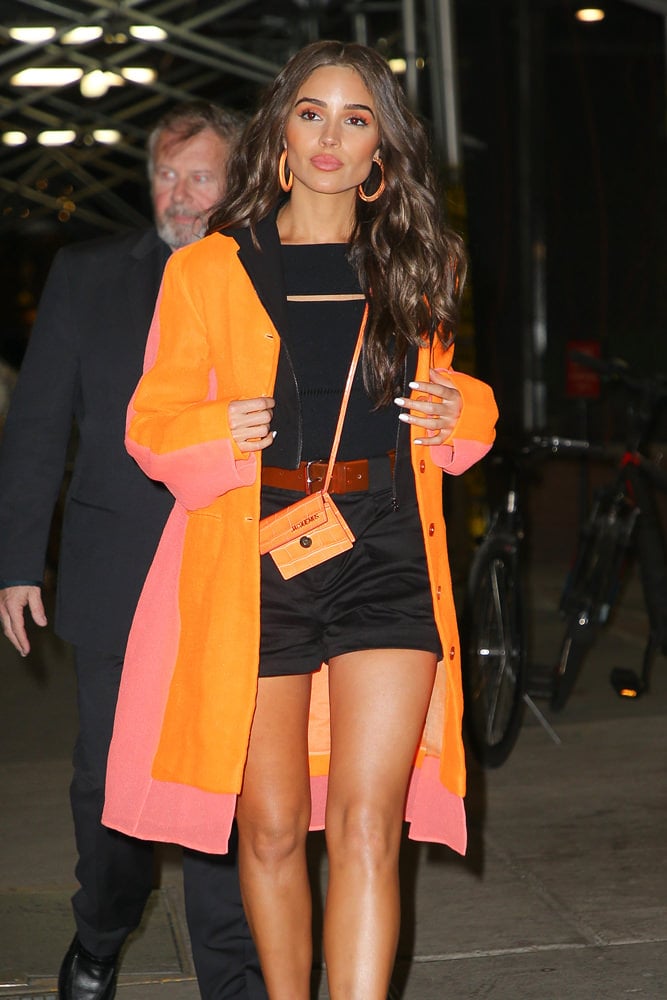 Christie Brinkley carried this glittery mystery box bag to the Today Show studios. I conducted a thorough search, and I'm not certain this bag is made by anyone of note, but if you know otherwise, please dish! 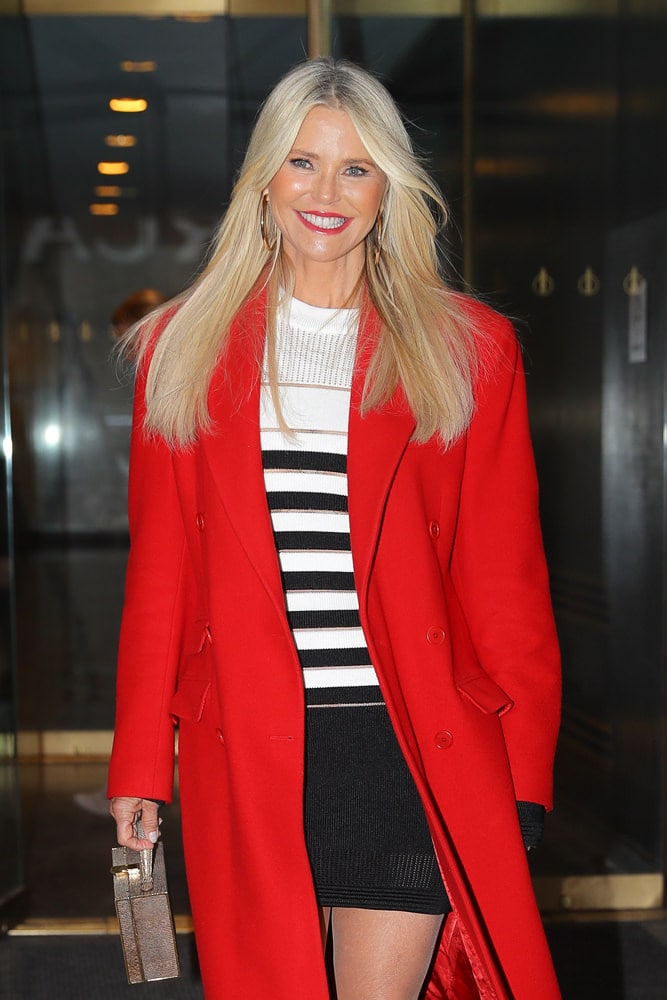 Kate Moss was also in Paris last week (and may be there still!) and this satin Chanel was her bag du jour on this particular day. 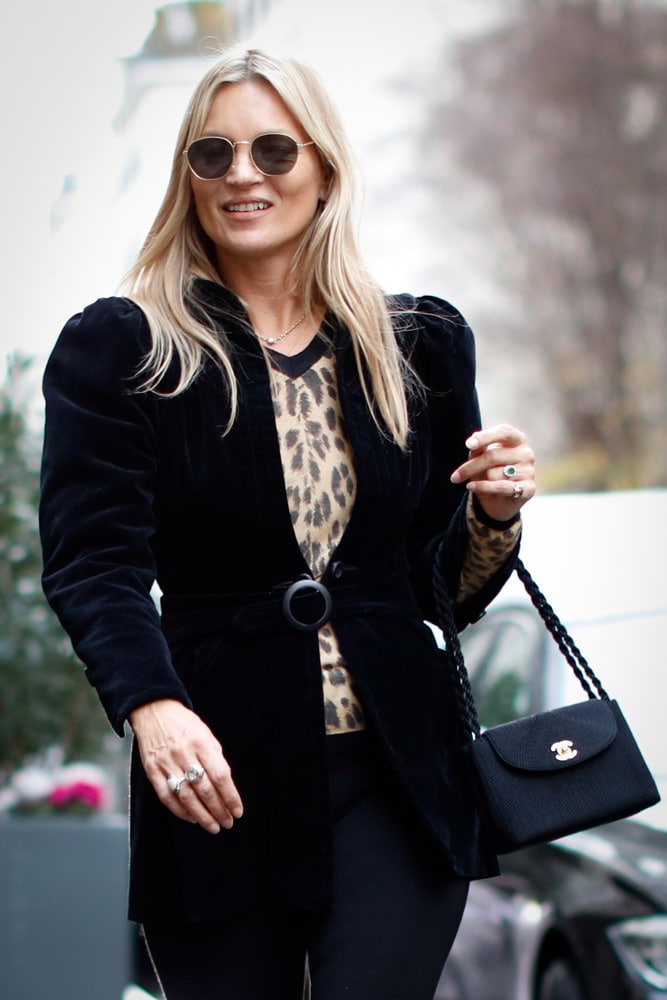 Finally, here's Gigi once more, back in NYC and shielding herself from the cameras with an easily identifiable Prada Etiquette Bag. 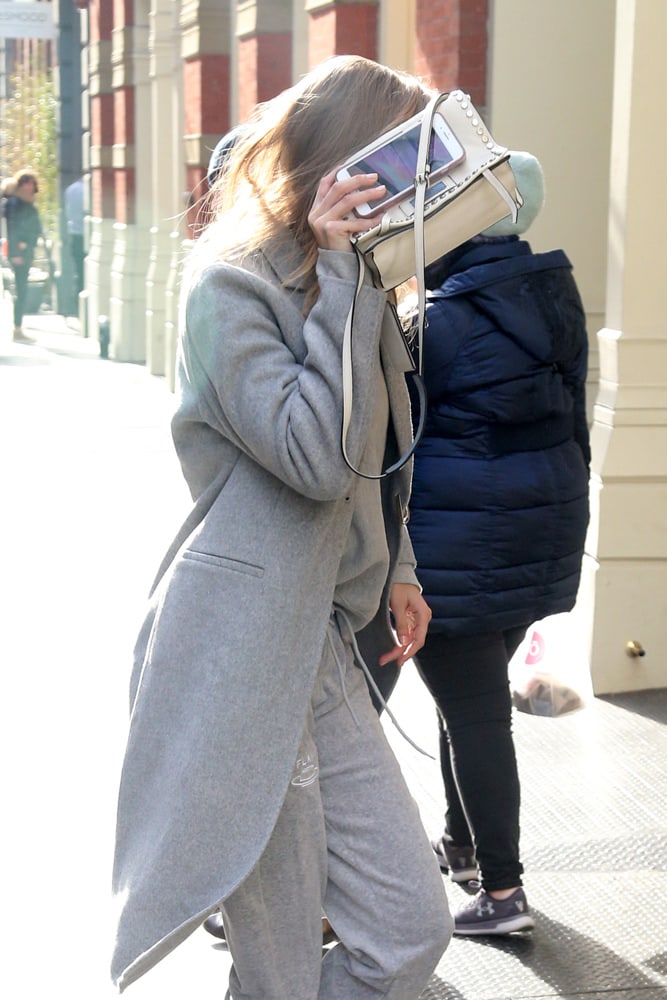