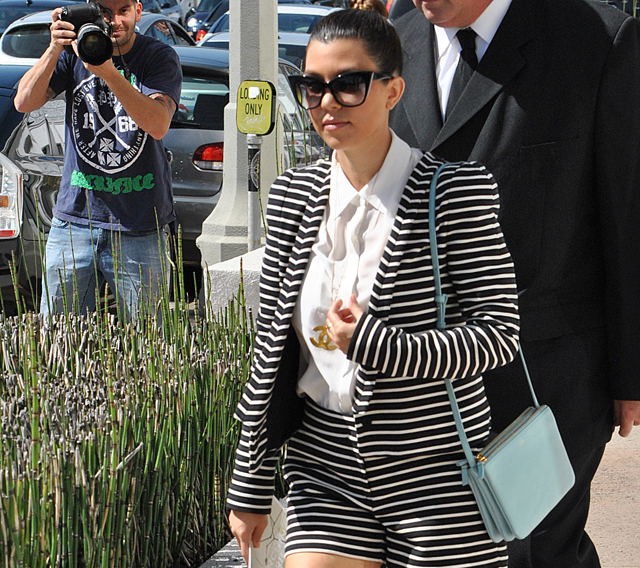 Here's Kourtney Kardashian in Beverly Hills, rocking a striped (hot)pants suit while filming a scene for the upcoming eighth season of Keeping Up With The Kardashians. Her bag is a Celine Trio Bag, which is made up of three separate pouches that snap together, but can also be used separately, sans strap. Neat, huh? Prices vary a bit based on size, but you can expect to plunk down about a grand for this petite Celine creation.

Despite some hubbub about whether Kim Kardashian would even be back for season 8 of KUWTK, the gang is reportedly all present and accounted for - though both Kim, Kanye, and producer Ryan Seacrest have been very adamant that while Kim's pregnancy will be a major plotline, the birth of little Kimye will NOT be televised. I can imagine all that definitely rubs Kourtney the wrong way, as she delivered both of her two babies on the show (much to our chagrin). 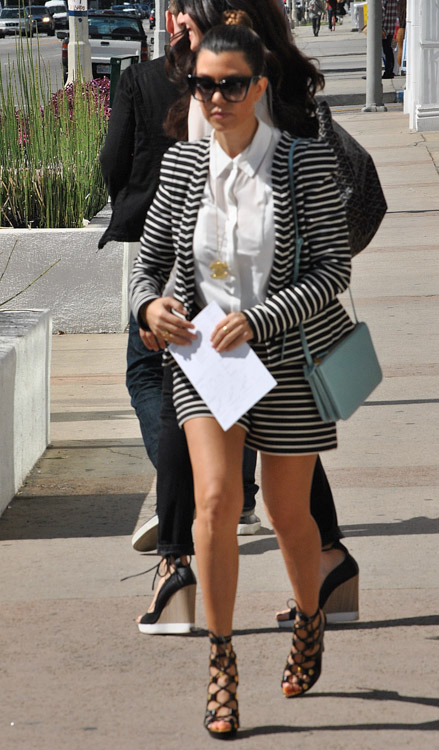 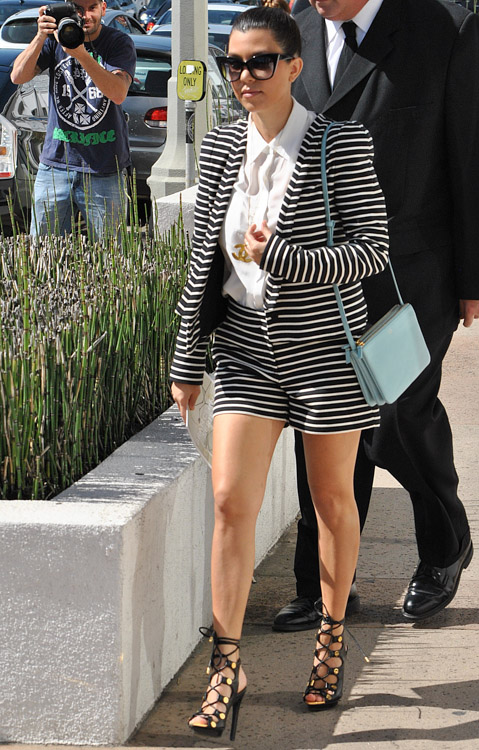 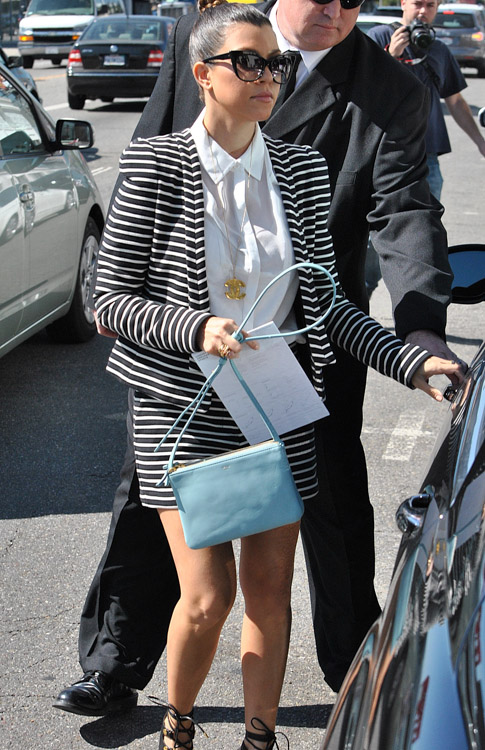 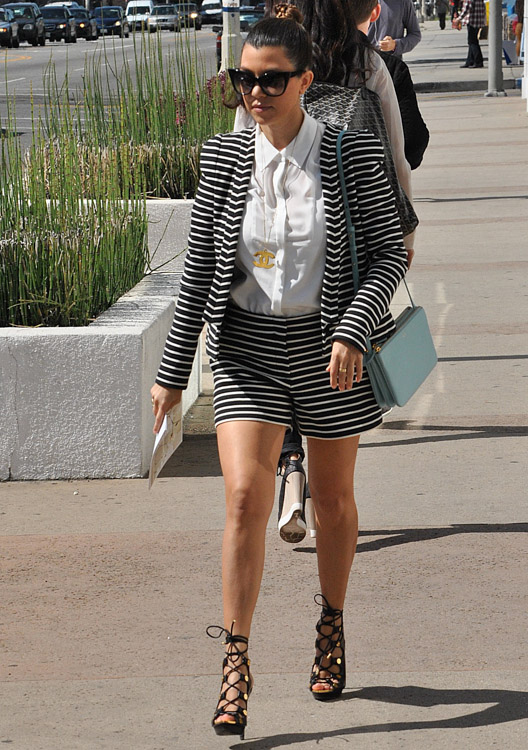