Iggy Azalea Goes Out to Dinner with Dior in Tow 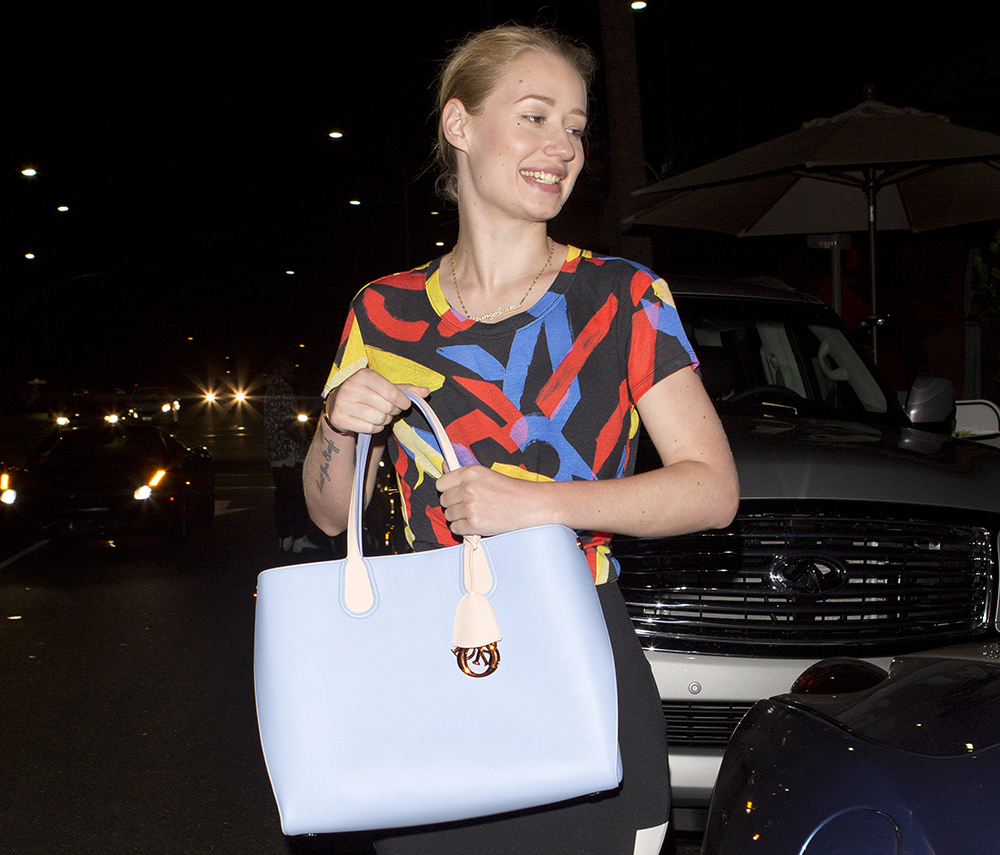 Here's rapper Iggy Azalea, leaving dinner at Beverly Hills restaurant Crustacean with boyfriend Nick Young of the LA Lakers. She's carrying a lavender Dior Addict Tote. This is a comparatively demure look for Iggy, and it's world's away from the outfits she wears on stage and on award show red carpets. It's "weekday date night Iggy."

Most people probably wouldn't even recognize Iggy Azalea without her trademark ponytail pompadour hairstyle and bare midriff - though when you see someone carrying a Dior bag and hopping in to a six-figure ride with her NBA player boyfriend, it's usually safe to assume they've attained some degree of celebrity. (Thanks, Kardashians!) 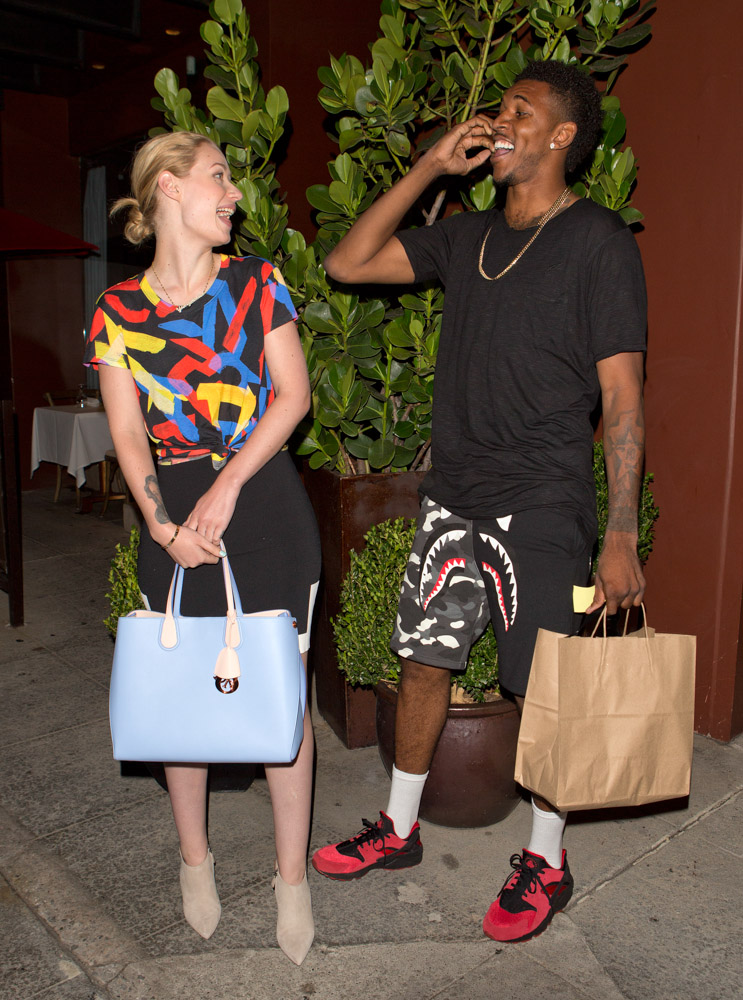 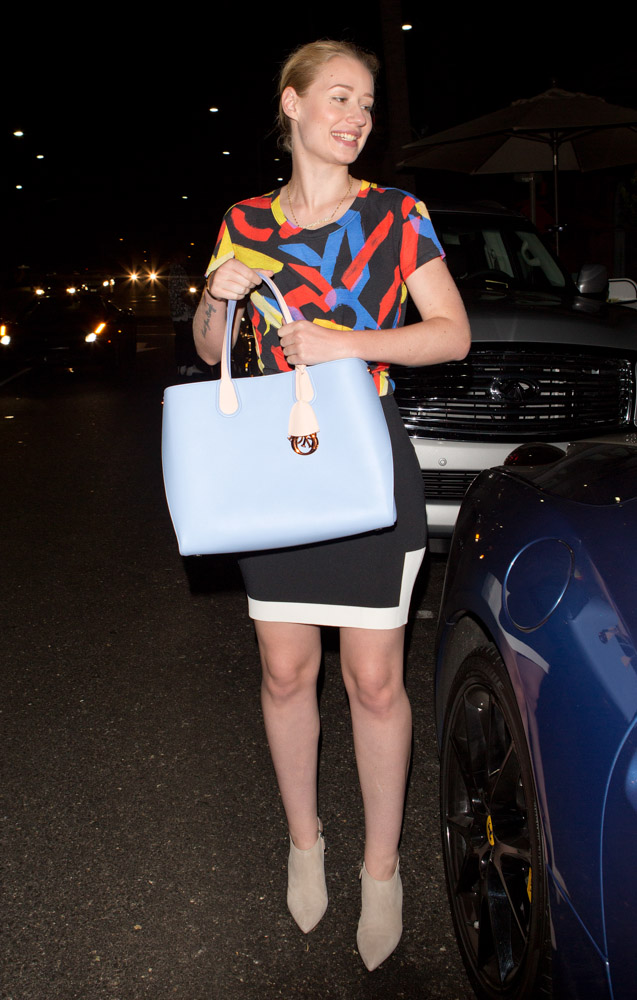 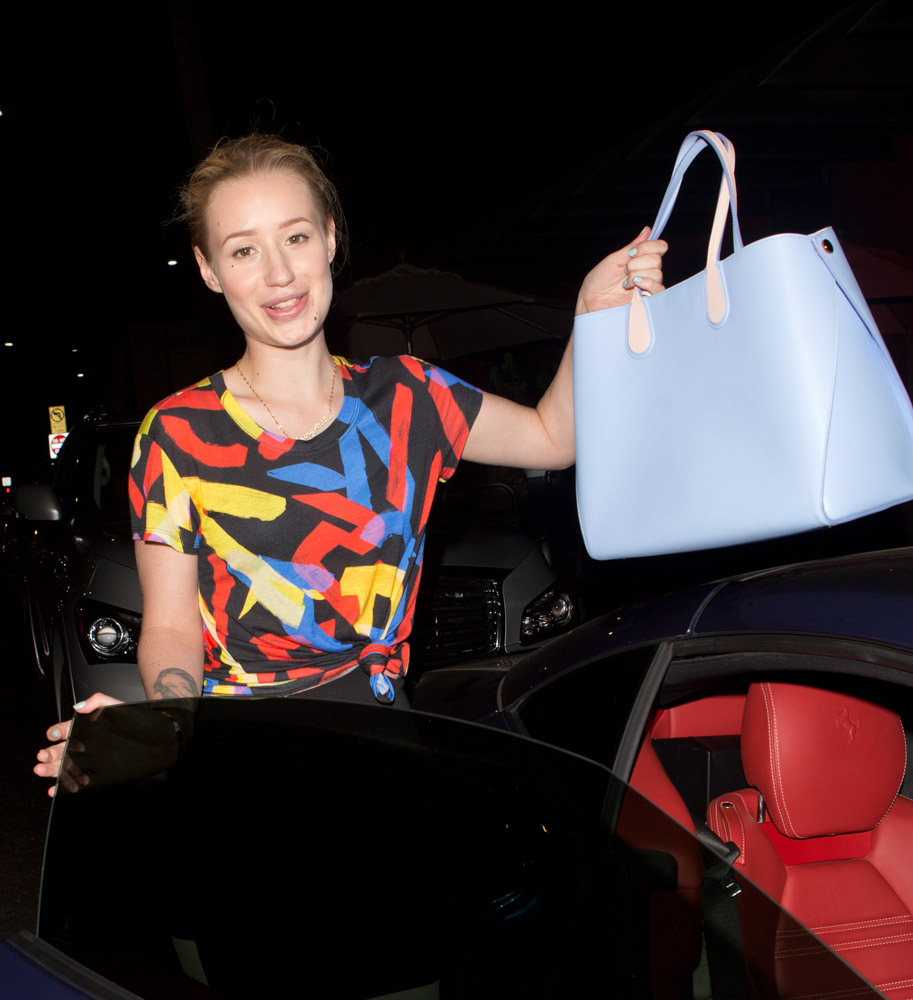 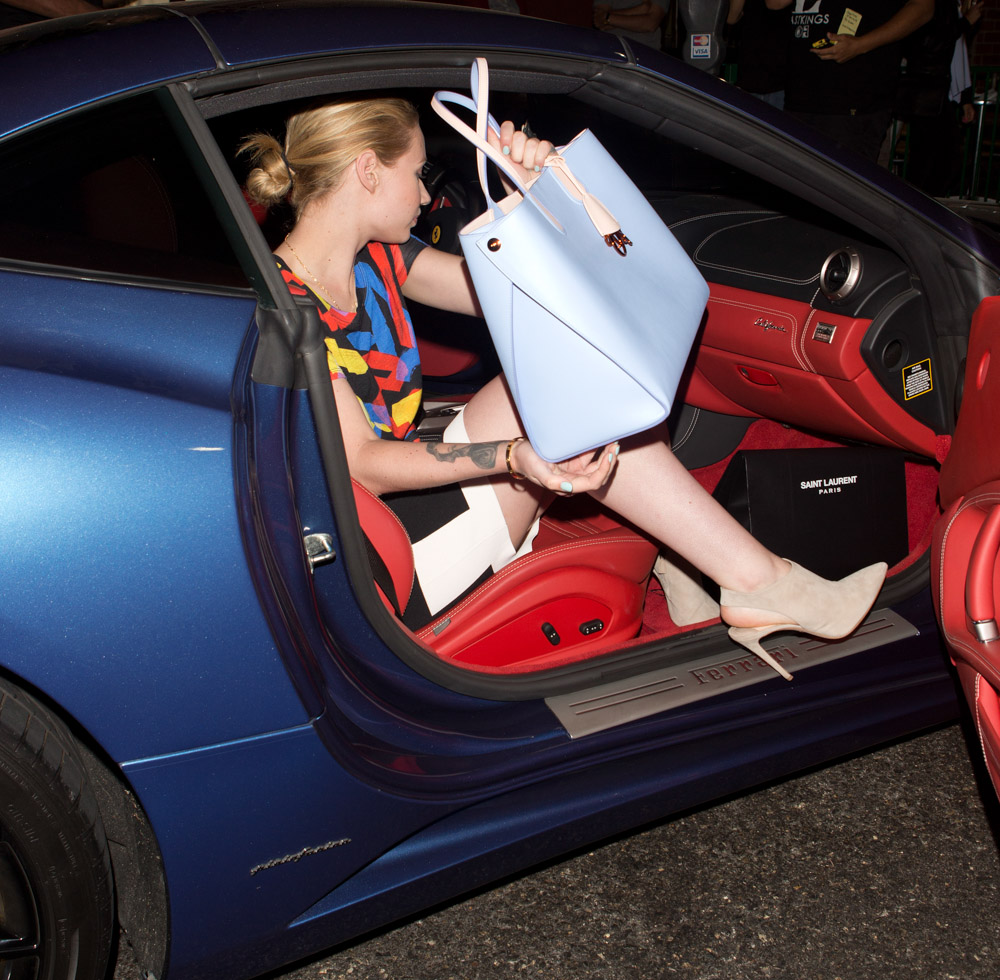