Heidi Klum was recently spotted carrying a Michael Kors Miranda Bag while out with her bodyguard/boyfriend Martin Kristen in NYC. Here they are coming out of the Louis Vuitton store in Soho, which now boasts a brand new Atelier. Her towering pumps are, of course, the Christian Louboutin Pigalle Pumps. The Miranda is an interesting bag - two top flaps fold over to form a solid rectangle shape, and everything stays secure with a sort of bolo-esque tie closure. It's not super obvious here, but this bag also has the teensiest of flared gussets. You can pick it up for $1,195 at Neiman Marcus.

It's not too terribly surprising that Heidi carries a good bit of Michael Kors, given the professional relationship they built over the course of 10 seasons together on Project Runway. In case you weren't aware, Michael left the show at the end of 2012, and was replaced by Zac Posen for the January 2013 cycle of PR. Heidi is by all reports still playing host and judge, though there were a lot or rumors she wouldn't return after accepting her gig on America's Got Talent. 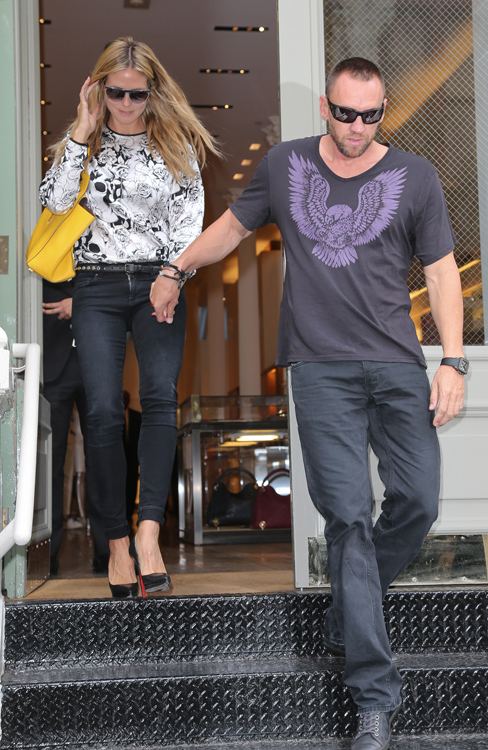 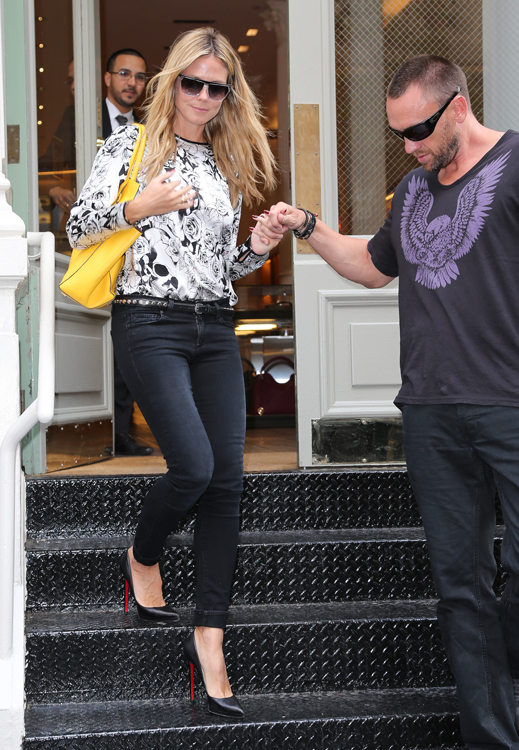 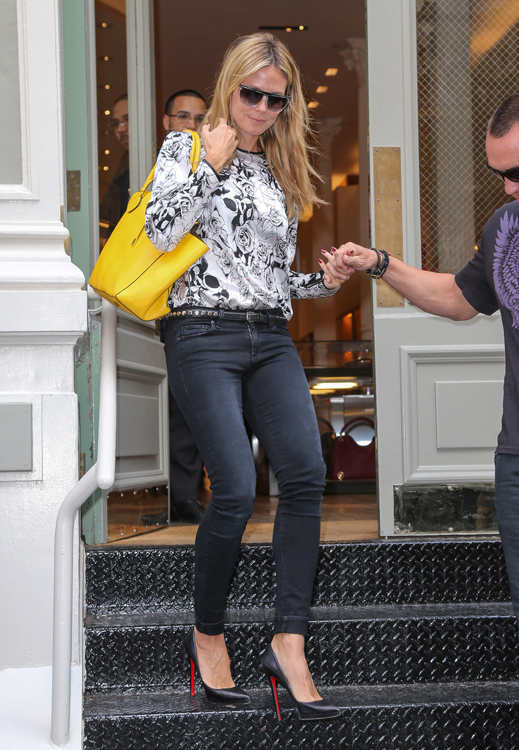 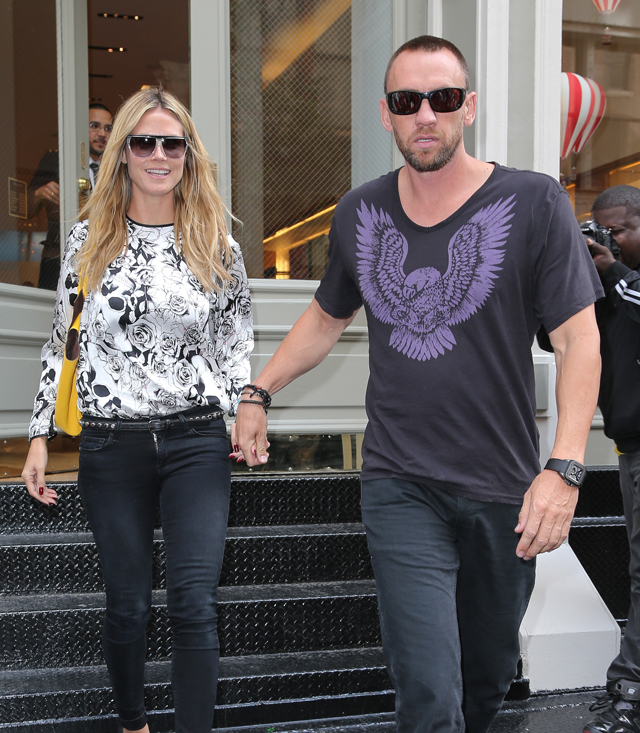