Celebs Step Out with Gucci, Ferragamo and Even More Gucci 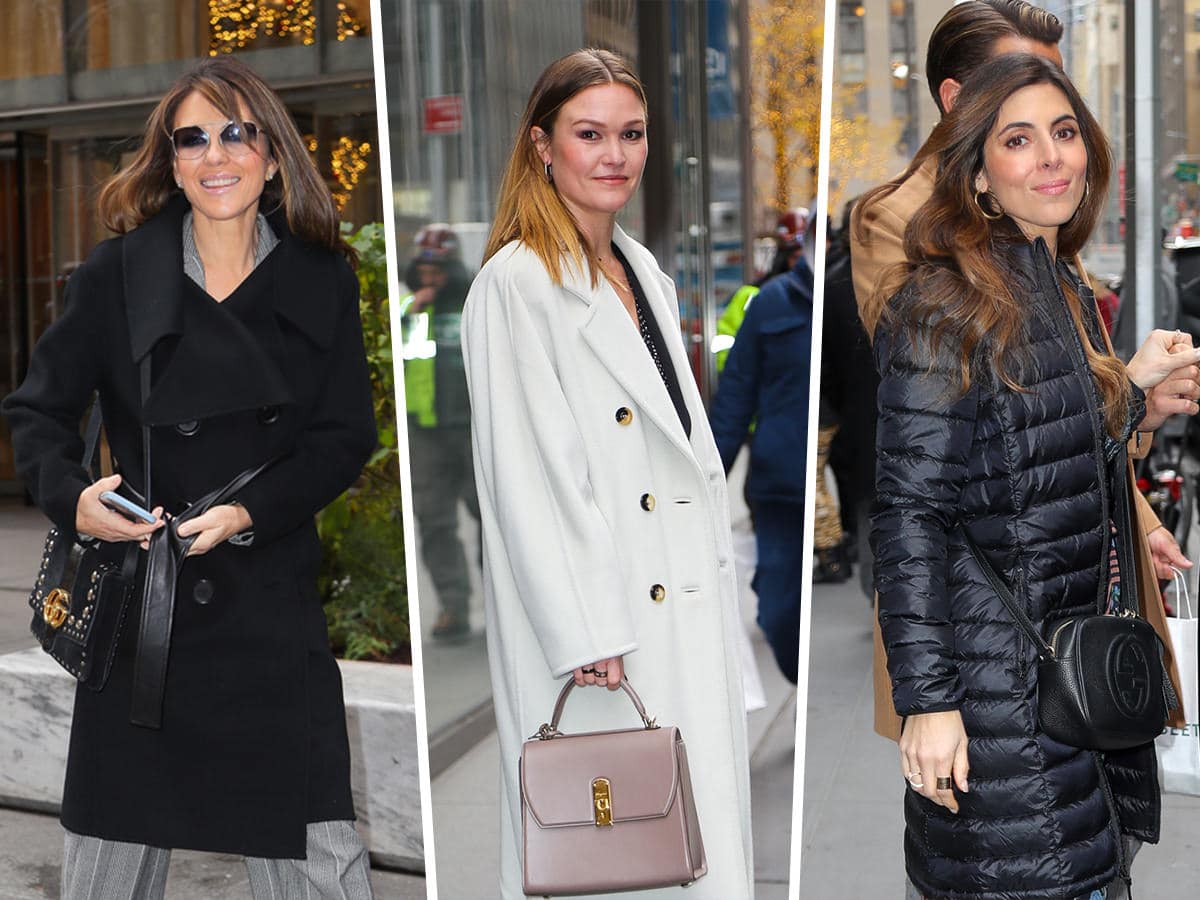 We're weeks away from careening into a new decade altogether, but since nostalgia is so much more enjoyable than thinking about the future: Remember the 1990s?! Millie Bobby Brown wasn't even born yet, but several of our featured celebs certainly do. These ladies made an indelible mark on the pop culture landscape of the 90s, and I suspect the dividends continue to finance their Gucci bag purchases. Not that they ever stopped hustling--in fact Julia Stiles was literally in a film called Hustlers this year! But now she's doing a press tour about the 20th anniversary of a film that is very dear to many of us. You'll have to click through to find out which one it is and get a better look at that Ferragamo.

Lisa Rinna was once again seen leaving yoga class in LA with a black Balenciaga Papier Bag. If I could stick to Lisa Rinna's yoga schedule, I'd be in much better shape. 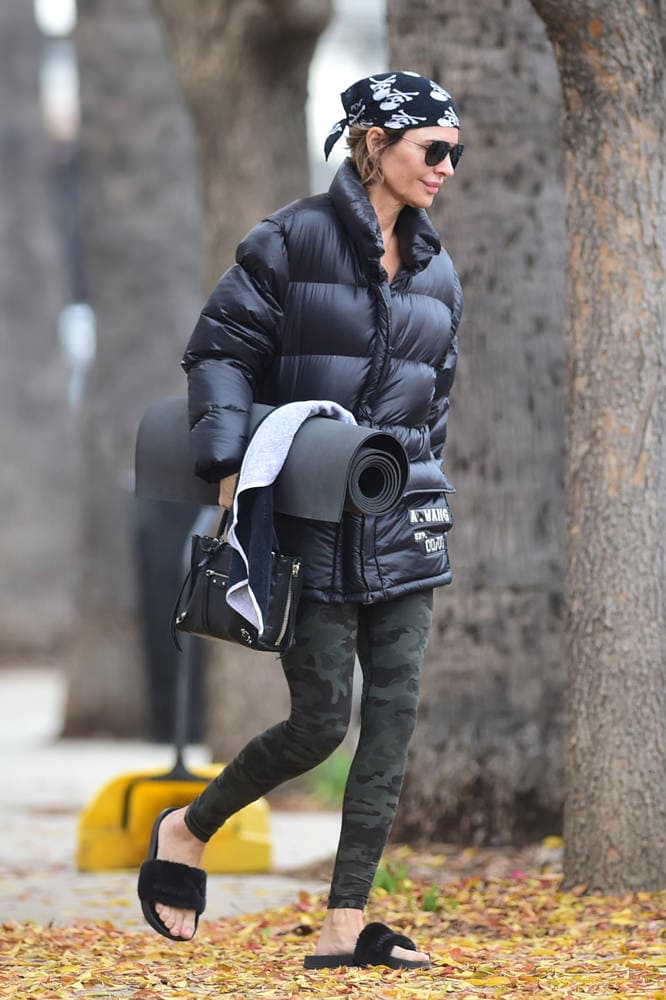 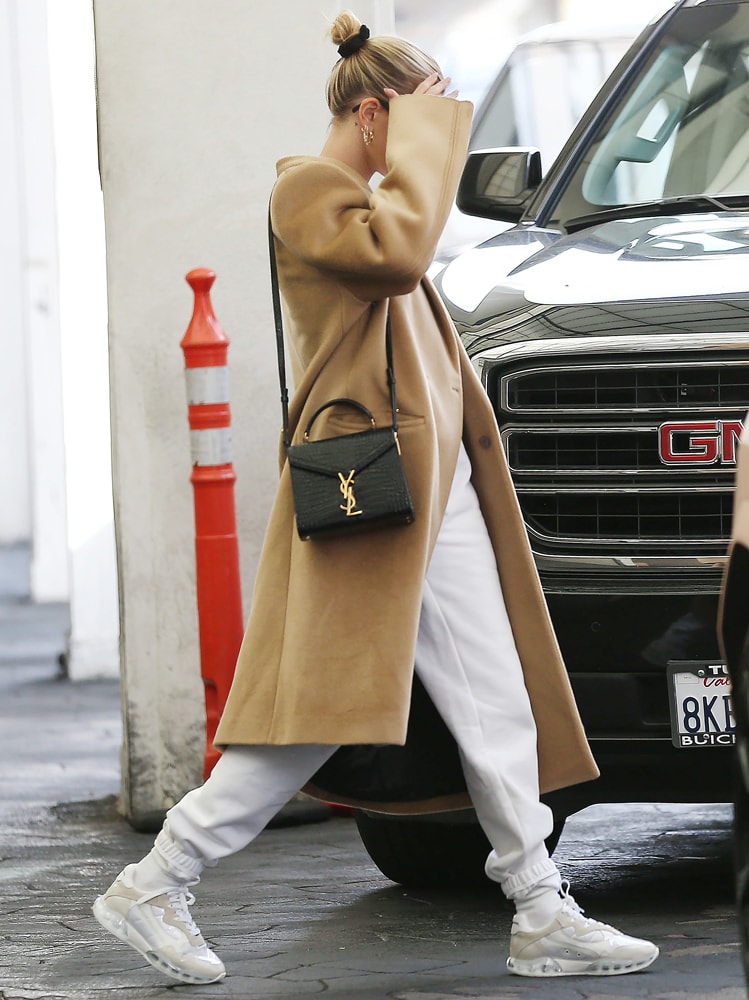 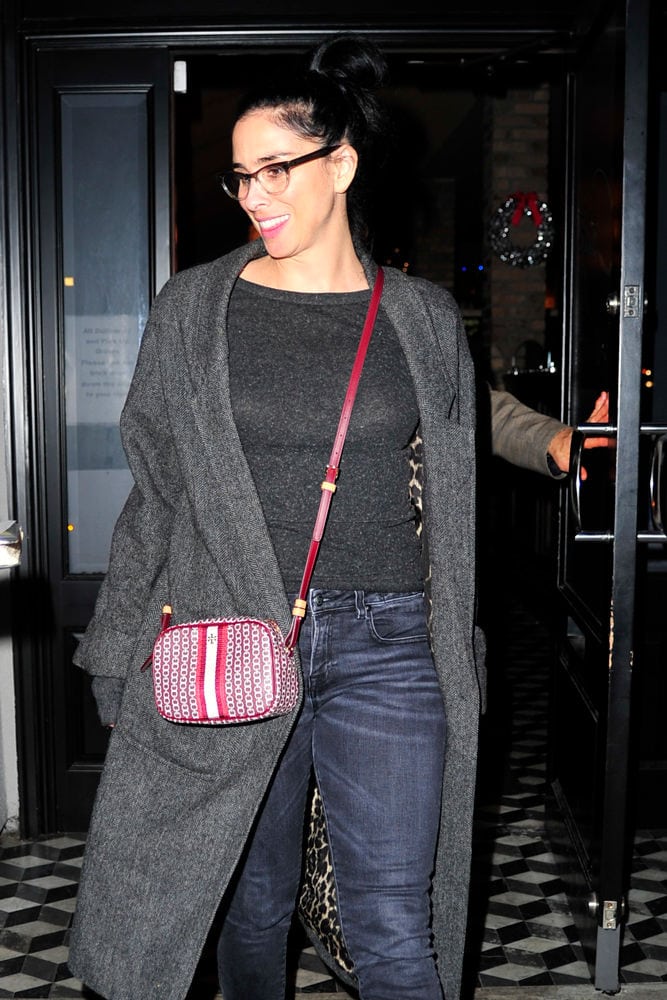 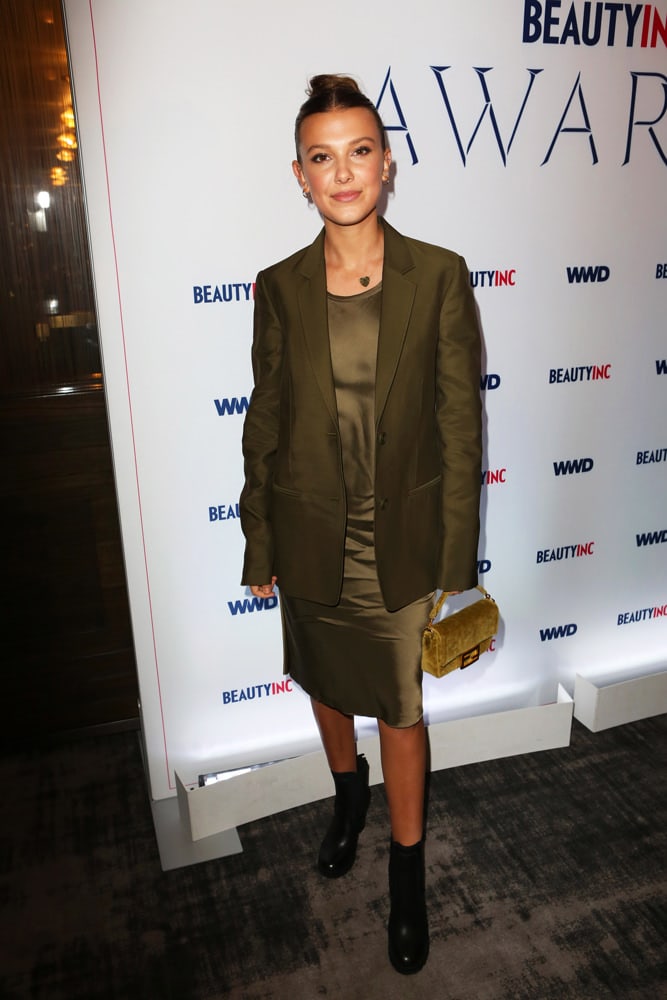 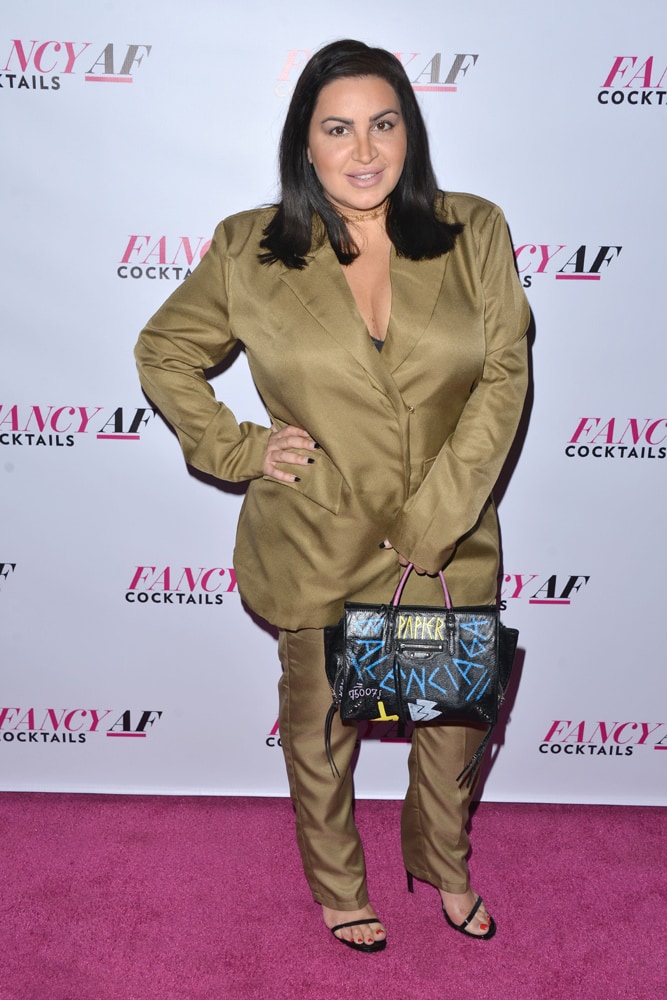 Here's Elizabeth Hurley, exiting SiriusXM in New York City with a studded Gucci Arli Bag. She's out promoting the fifth season of The Royals, as well as her gig on Marvel's The Runaways. 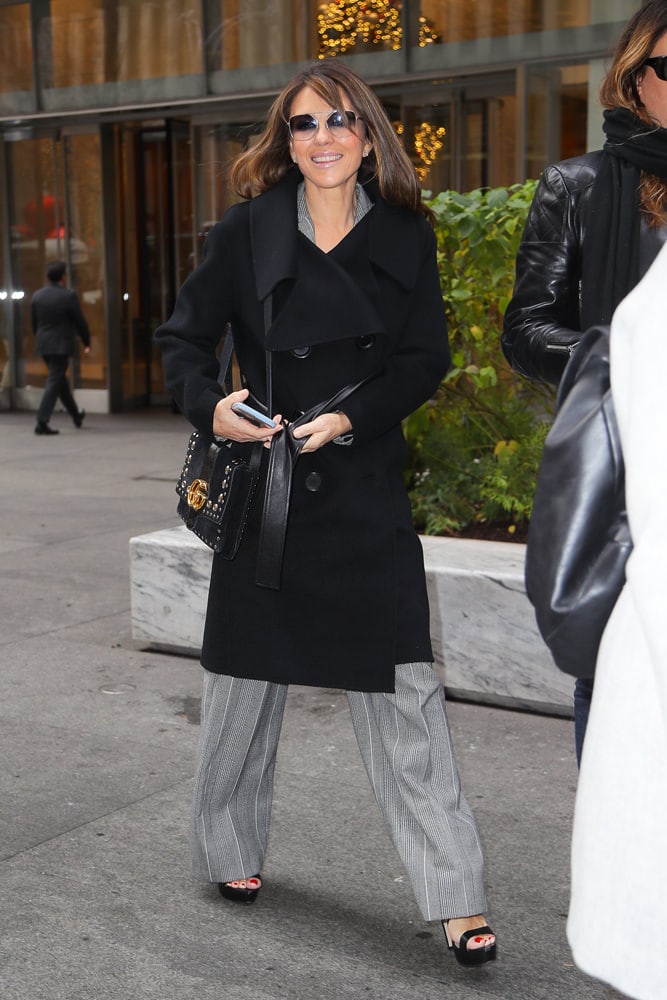 Also spotted outside of SiriusXM: Julia Stiles stopped to model this lovely, pink Ferragamo Boxyz Bag. Are you ready to feel ancient? 10 Things I Hate About You is 20 years old now. 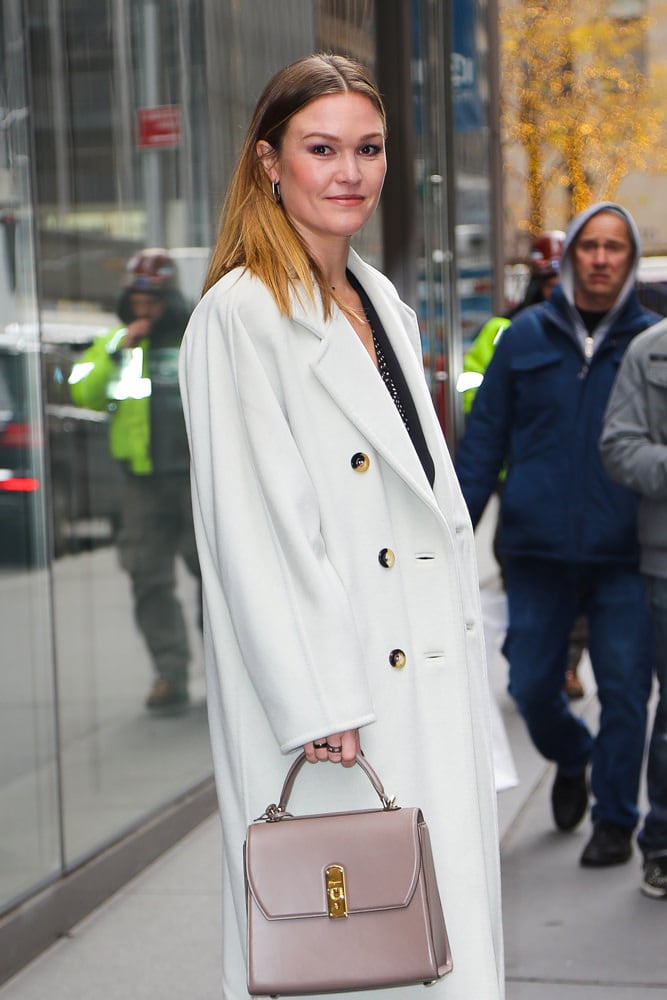 Finally, we have Jamie-Lynn Sigler outside of AOL Build Series with a Gucci SoHo Disco Bag. Thus concludes our "Stars of the 1990s" celeb bag round-up. 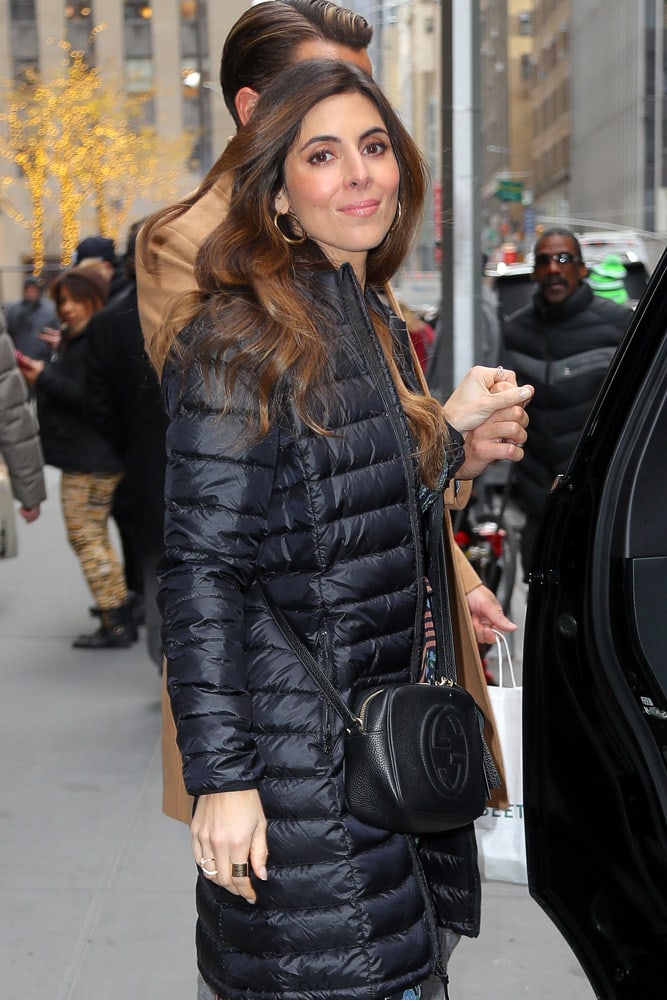