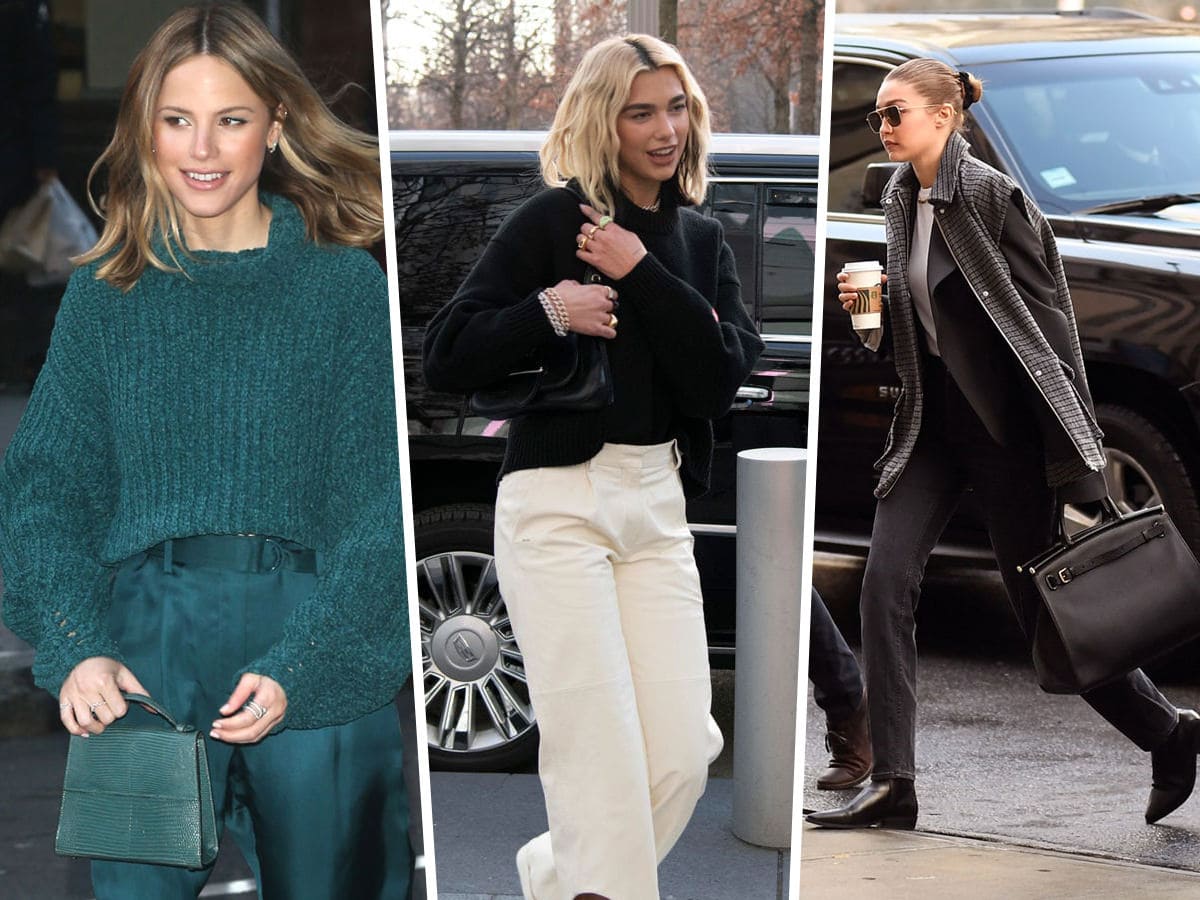 Last week was a strange one for celeb news, for reasons we'll get into imminently. But in the bag news department, we're seeing an unusual amount of black Louis Vuitton bags, and a surge of bags from Hunting Season. There's generally not a lot of big, colorful bags during these dour winter months, and sure enough, celebs are sticking to black. And no missives from Men's Fashion Week this time, but I'm sure they're forthcoming. I know you're all waiting for them with bated breath.

Sienna Miller stepped out for a walk with a friend in NYC recently with her usual Frame Les Second Tote. You might not realize anything is amiss here, but our photo service claims she is being coy about showing her ring finger because of recent engagement rumors. 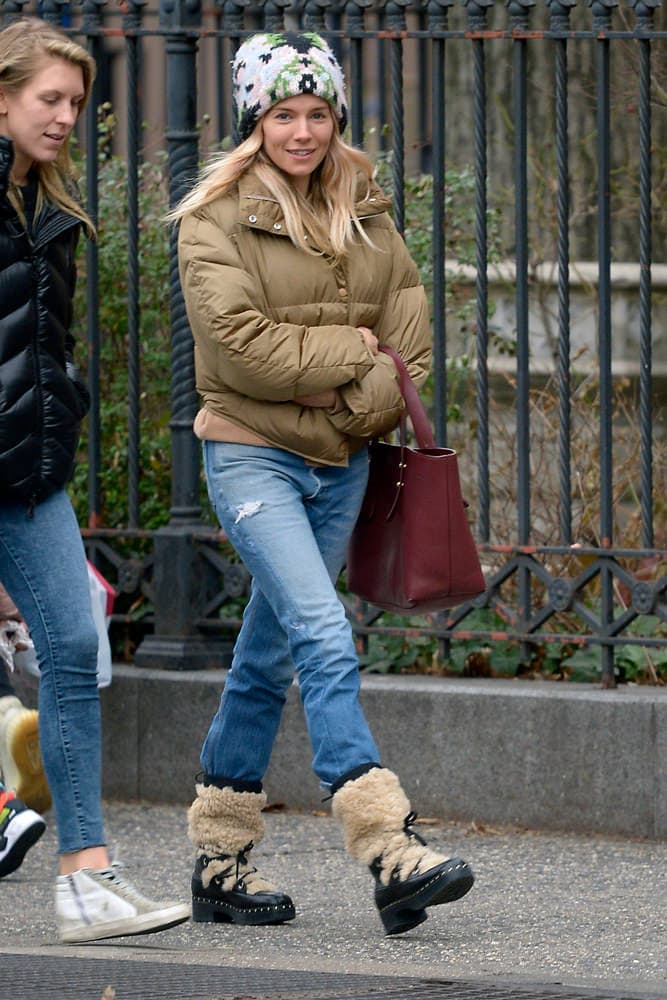 Dua Lipa was seen heading into a meeting at Condé Nast in New York City with a Prada Sidonie Bag tucked under her arm. 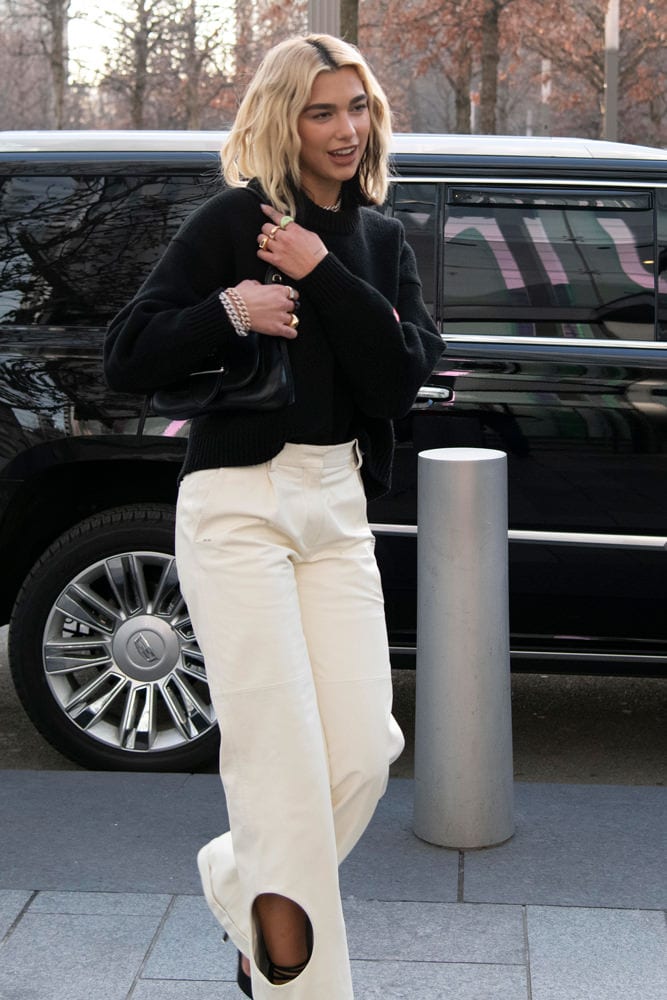 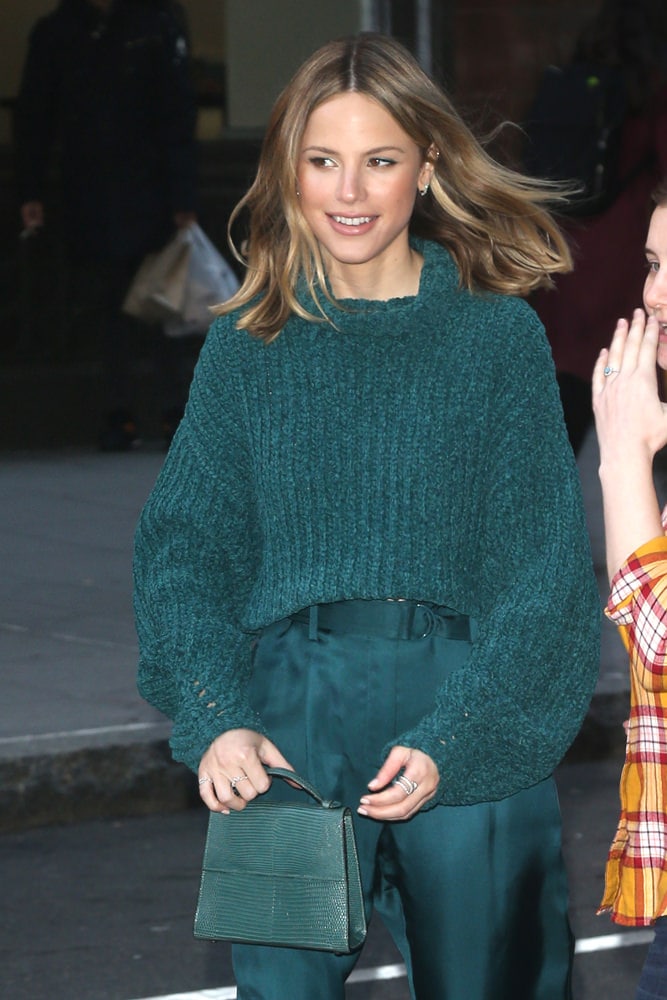 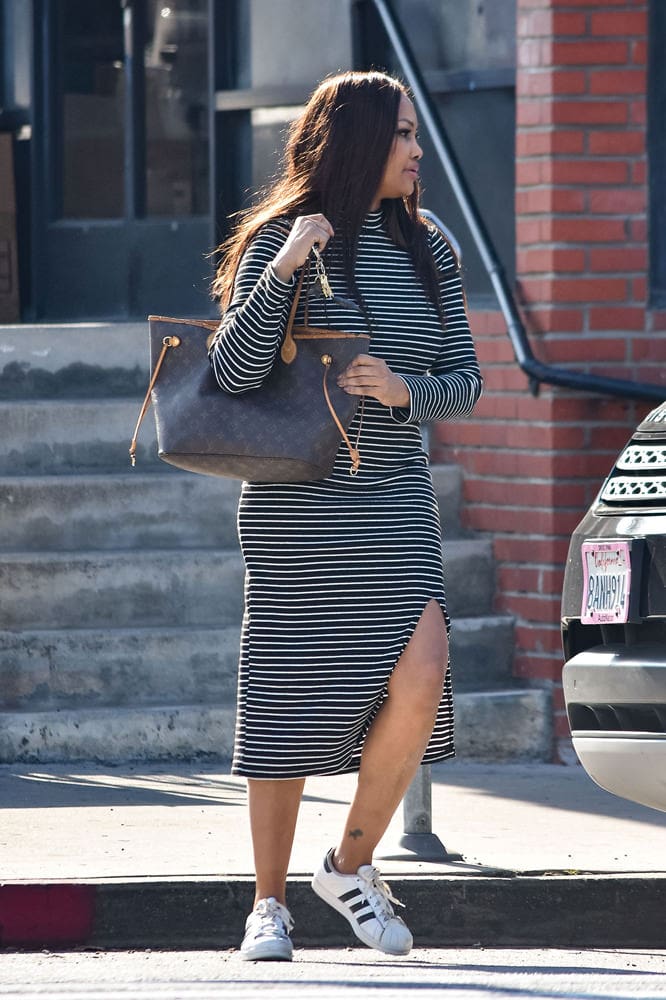 Ellen Pompeo brought a Loewe Puzzle Bag to a Clippers game at the Staples Center in Los Angeles that she attended with her husband, Chris Ivery. 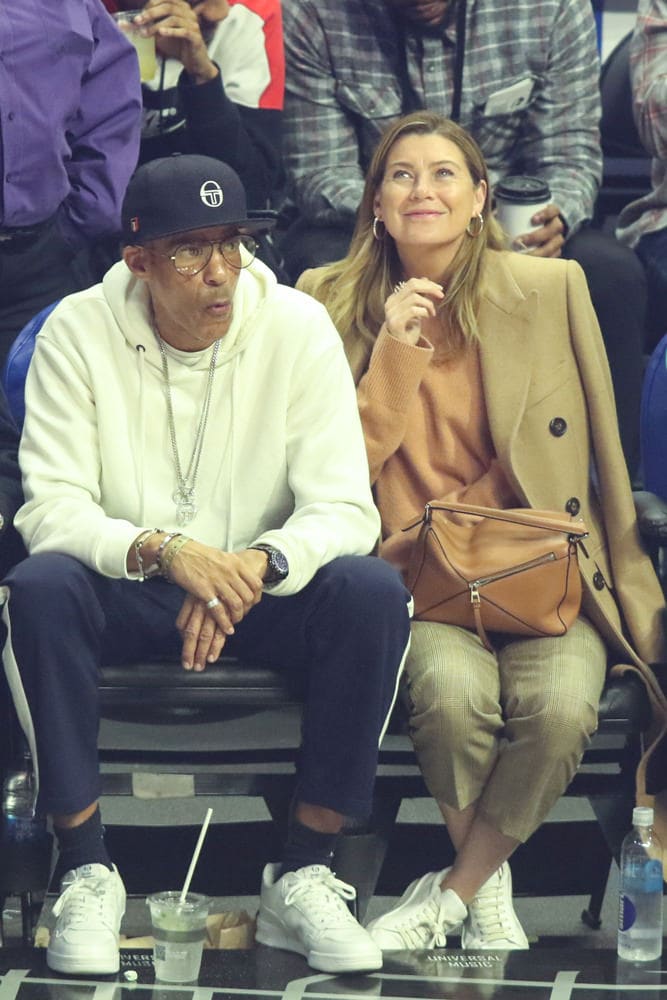 Hilary Duff was snapped running errands around LA carrying what we're fairly certain is Louis Vuitton Babylone PM Bag. It's been a big couple of weeks for black LV bags, and my interest is certainly piqued. 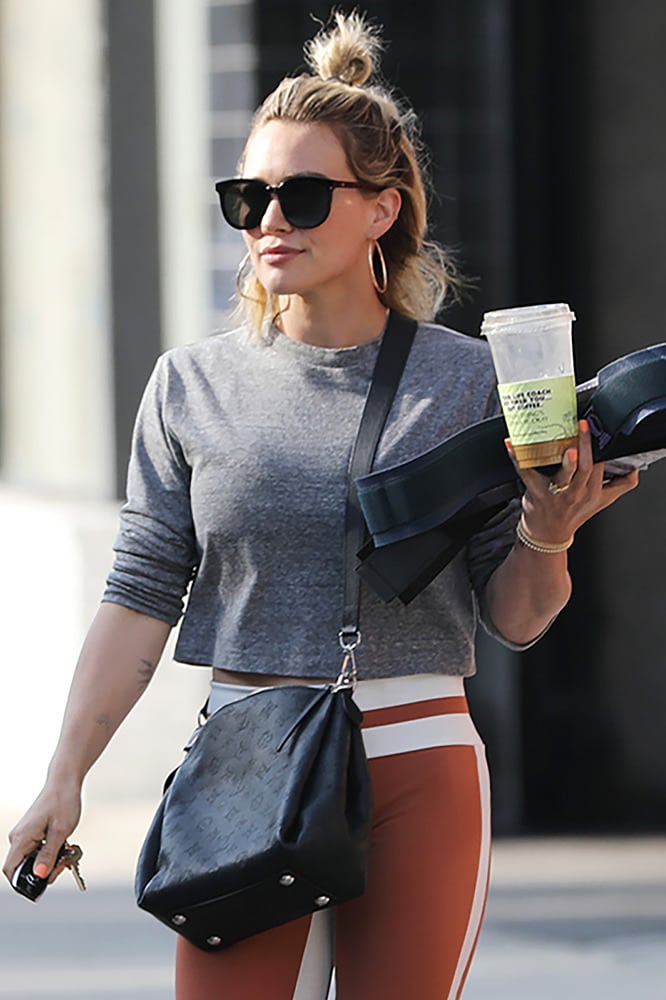 Finally, we have Gigi Hadid, arriving at court in NYC with a very professional Ralph Lauren 50 Bag. In bizarre-o celeb news: Gigi was summoned for jury duty, and was assigned to the latest Harvey Weinstein trial. She was dismissed after admitting to having met both Mr. Weinstein and some of the high-profile witnesses that will be called into court, such as Salma Hayek. But what are the odds? 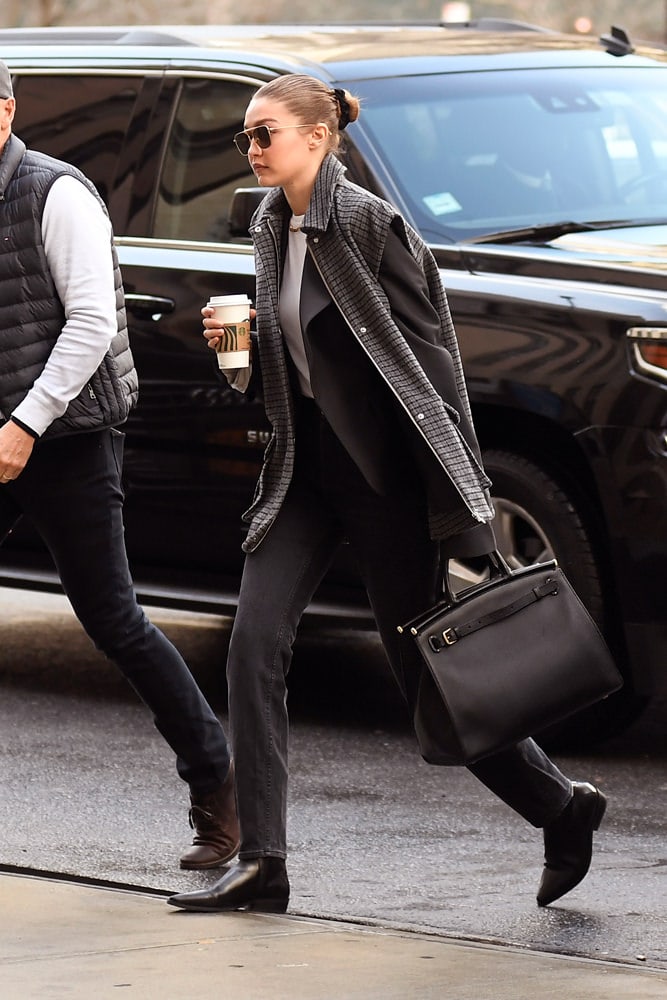