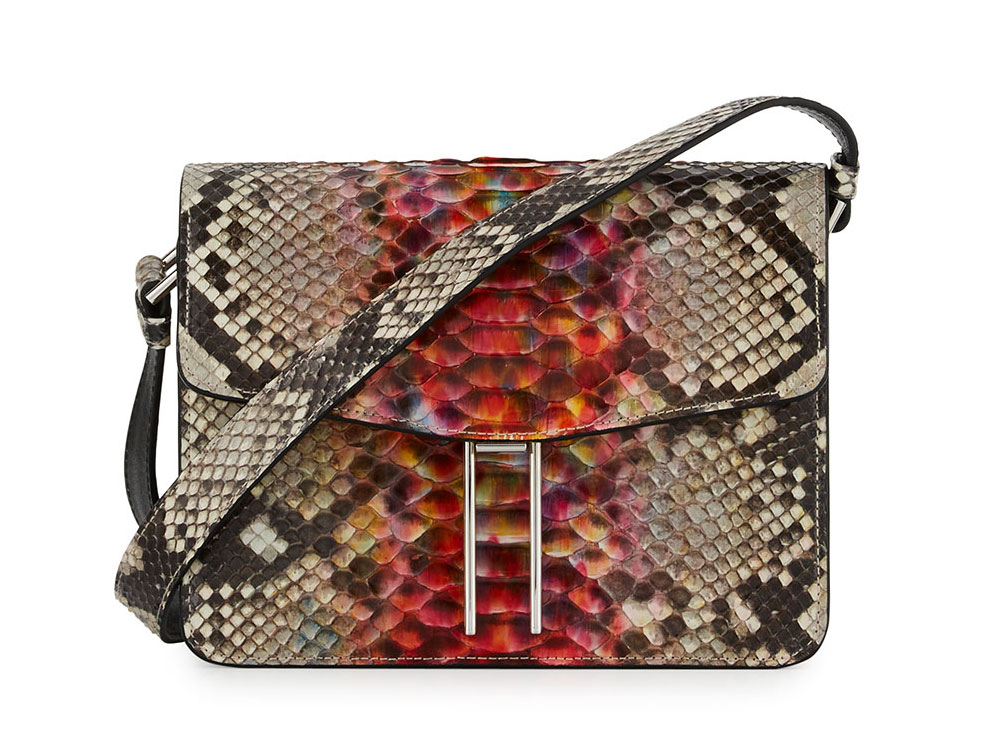 We do our best to diligently track news and new arrivals from the world’s biggest accessories brands, but what’s happening in the luxury world right now is only half the story–we also want to figure out what’s happening next, and after checking in on new spring arrivals at the world’s biggest online fashion retailers, we’ve noticed a lot of promising new names have started to pop up.

Not only are there a lot of new brands popping up across high-end shopping sites, but many of them have a narrow price point in common: the mid-to-high three figures. The range, often called “premium contemporary,” was first popularized by brands like Alexander Wang and 3.1 Phillip Lim, and it lends itself to young brands because it allows them to use premium materials without having to compete directly in the overcrowded luxury market with longstanding, well-funded brands already beloved by shoppers.

Check out the brands we think you should be paying attention to, both in that price point and beyond, below.

Creatures of Comfort
Shop via Nordstrom

Creatures of Comfort was founded in 2005 by Hong Kong native Jade Lai and slowly grown to be a cult favorite among cool-girl icons like Kim Gordon. The brand’s bags got picked up by Nordstrom last season, and they’re a must-see if you like chic, functional pieces at accessible prices. (And don’t we all?) 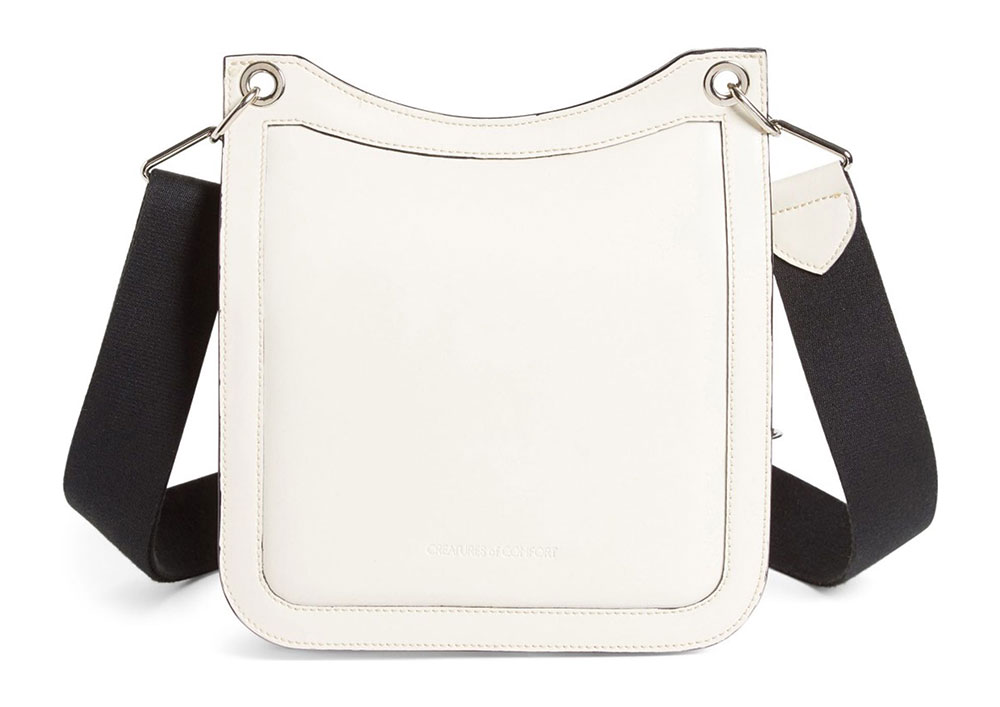 Marley Hodgson founded Ghurka in the 1970s and the brand’s utilitarian bags have been in production since then, but recently, Ghurka’s selection of women’s handbags have shown up at some of the world’s biggest luxury retailers. If you’re looking for classic luxury bags that will fly under the radar of your most brand-conscious friends, these bags are a solid pick. Ghurka also makes a wide variety of travel pieces and small luggage. 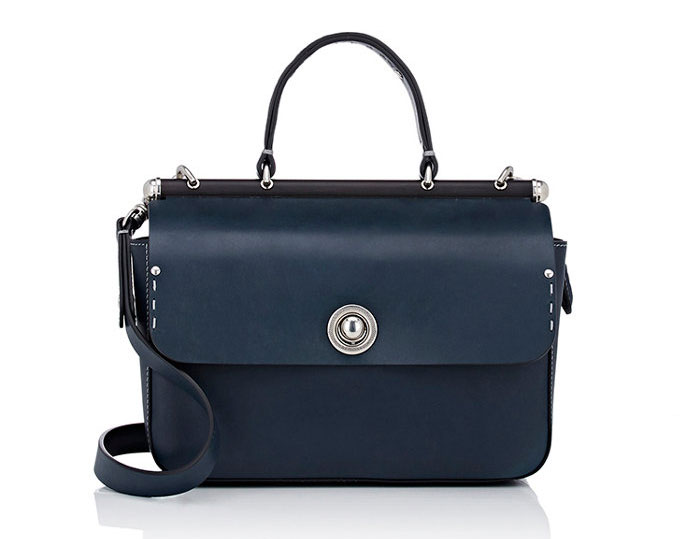 Hayward is owned and designed by Marin Hopper, daughter of Dennis Hopper (yes, that one) and Brooke Hayward and was launched in 2014. Don’t let Hopper’s Hollywood lineage dissuade you from taking the line seriously, though–the bags are understated, carefully finished and very luxurious.

Hunting Season was founded in 2006 by Miami native Danielle Corona, who moved to New York to launch the label after a stint in Europe during which she designed accessories at Valentino and VBH. Almost all of the brand’s designs use exotic leathers like lizard and python, but they’re not outrageously priced–in fact, almost all of them are in the three figures. 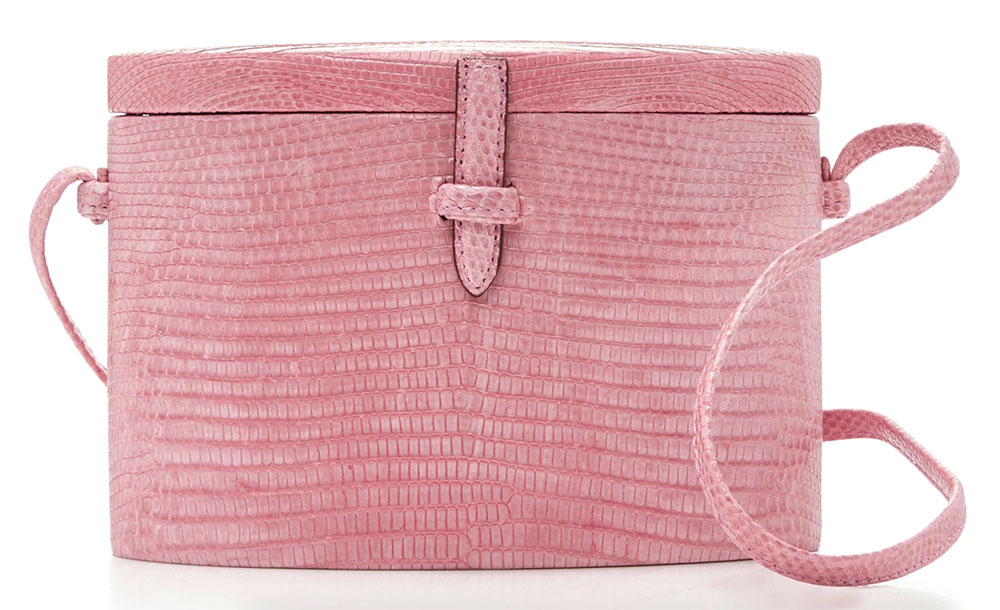 You might not know the name Virgil Abloh quite yet, but you definitely know his most famous collaborator: Kanye West. Abloh is West’s creative director, and he also runs the Milan-based fashion label Off-White. The brand’s streetwear-inflected wares have a following among fashion insiders, and the brand just launched its first women’s leather bags for Spring 2017. If the rumors are true, you might be hearing a lot more about Abloh in the near future–there are whispers that he’ll take over for the recently departed Riccardo Tisci at Givenchy. 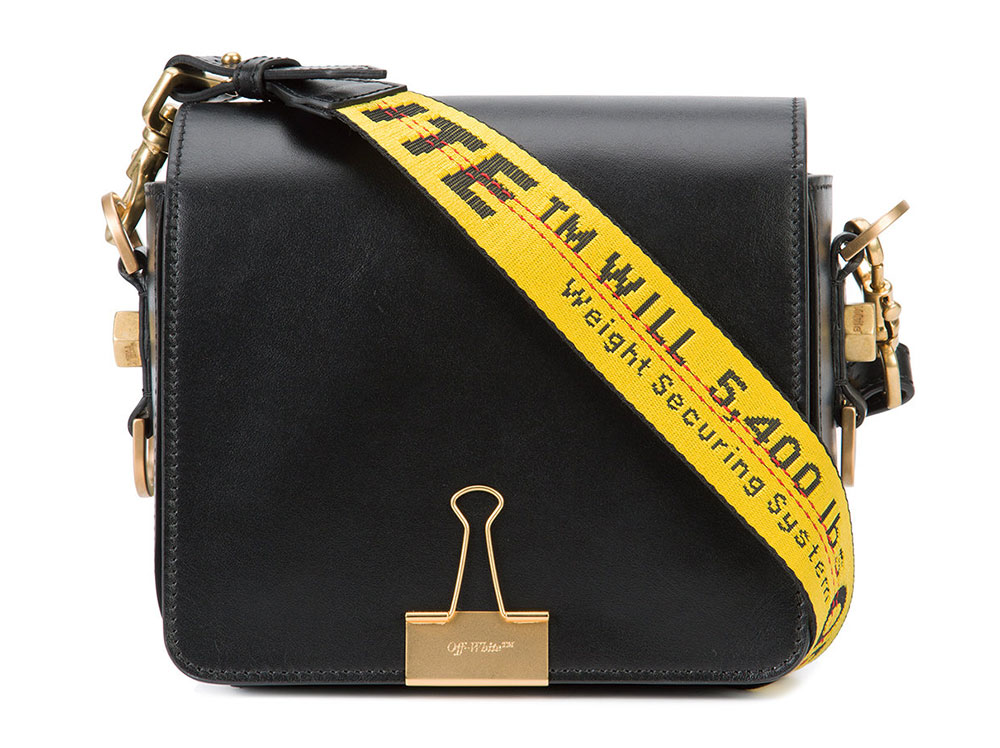 Sacai isn’t a new name for fashion lovers–Chitose Abe founded the brand in 1999 and has developed a large following for her forward-thinking, athletic-inflected sportswear. Spring 2017 marks her first handbag collection, though, and the first handful of designs have us interested to see where the line will go. 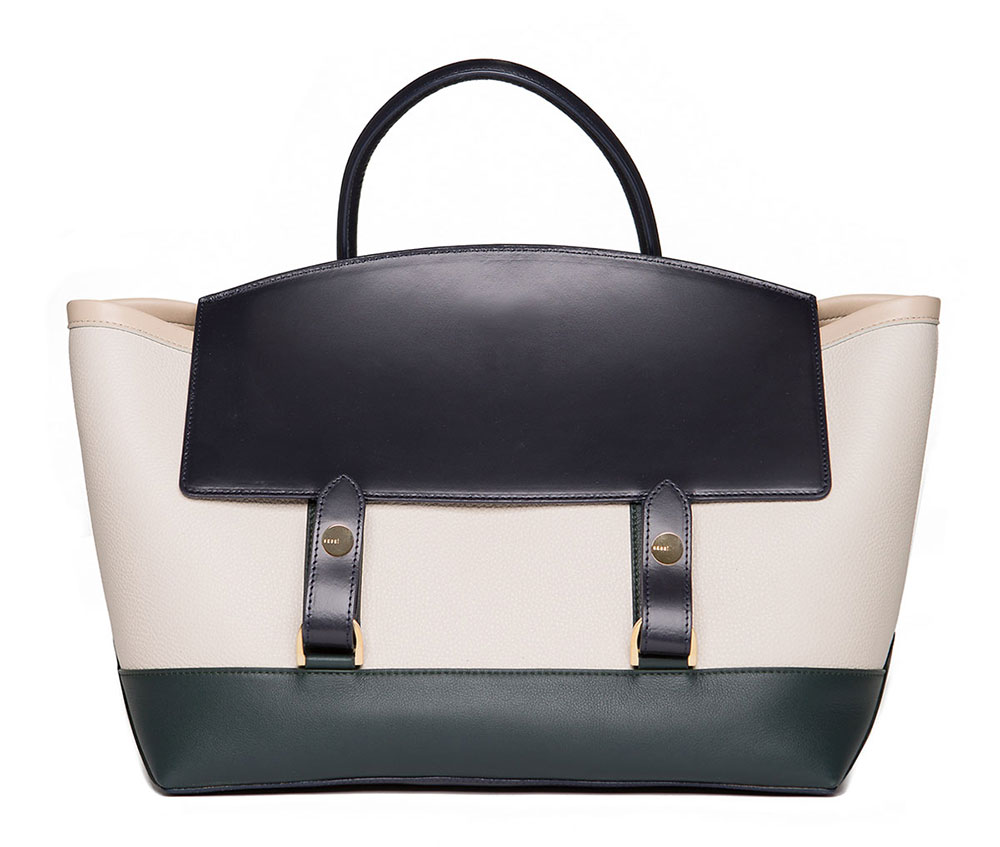 Senreve was founded last year by Coral Chung and Wendy Wen to solve a problem they encountered in their former careers outside of fashion: where are all the beautifully made, highly functional work bags? Senreve’s lineup is heavy on functionality, with highly organized interiors, adjustable strap configurations and space for laptops. The brand doesn’t skimp on luxury, though–all of the bags are made in Tuscany. 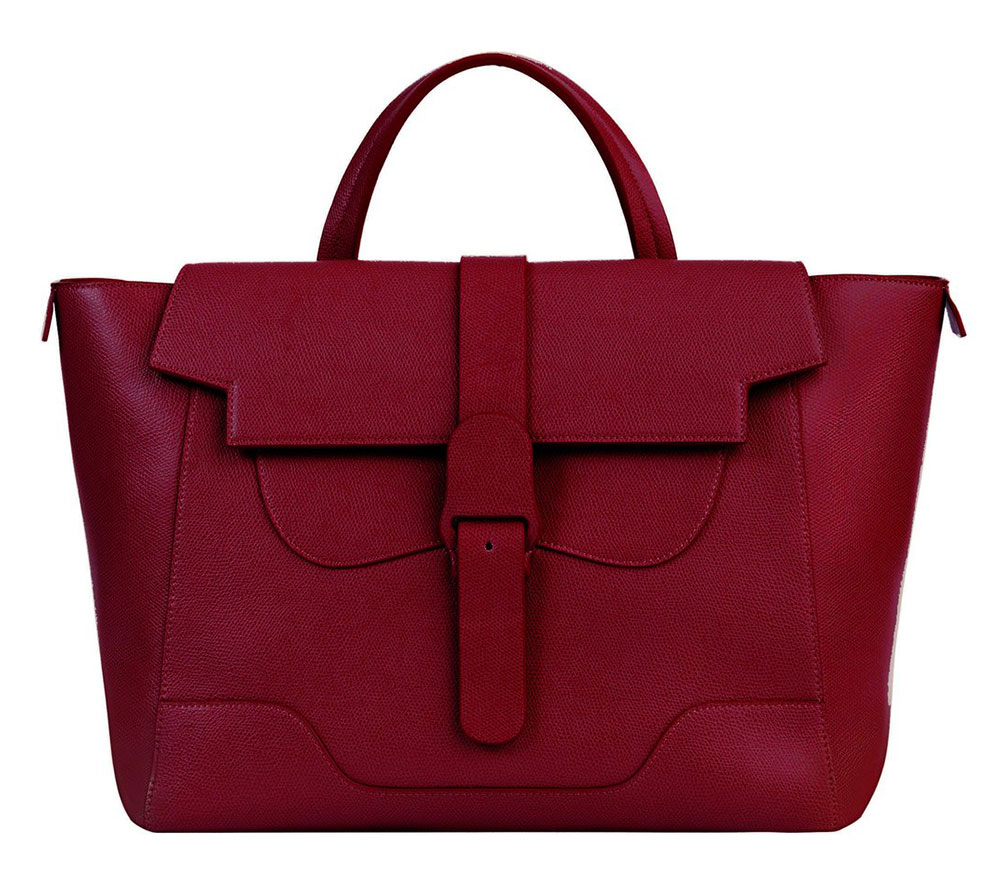 This Los Angeles-based brand was first launched in 2008 with a foundation of men’s denim, but in 2014, creative directors Daniel Corrigan and Chelsea Hansford expanded Simon Miller to full lines of men’s and women’s ready-to-wear and women’s bags, all inspired by the American Southwest. If you’ve seen the tiny bucket bags with two silver circular handles pop up at your favorite retailer, this is the brand behind them. 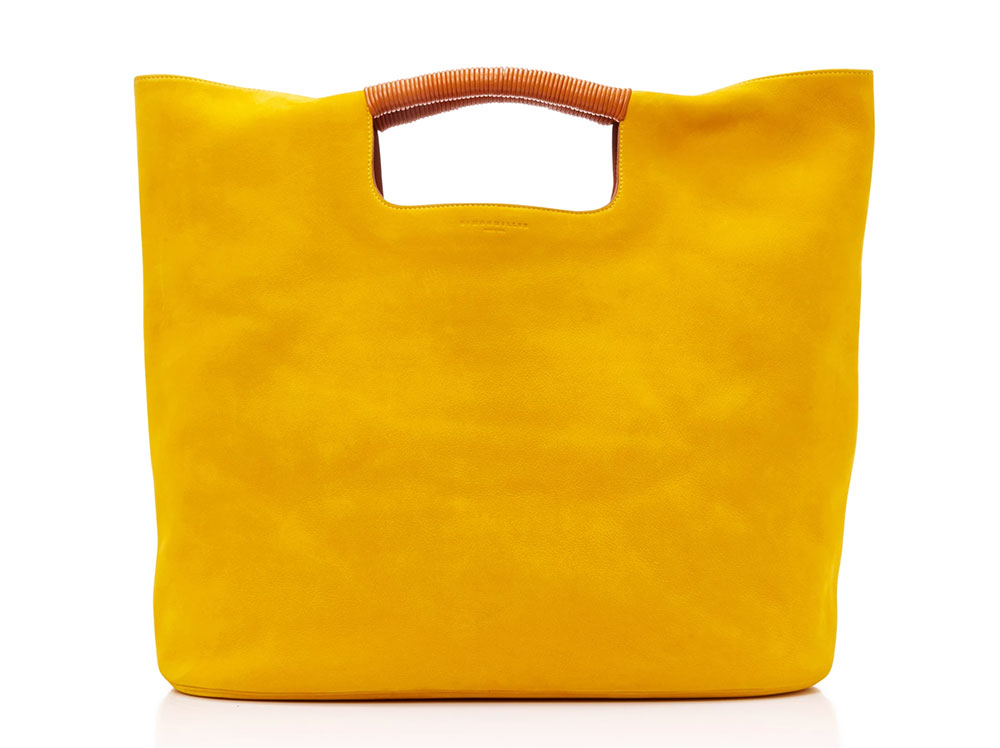 You’re all familiar with Tibi, of course, but until now, the brand’s sole focus has been clothing. Tibi’s clothes are so good–wearable, modern, accessibly priced–that we couldn’t be happier designer Amy Smilovic has decided to join us in accessories. 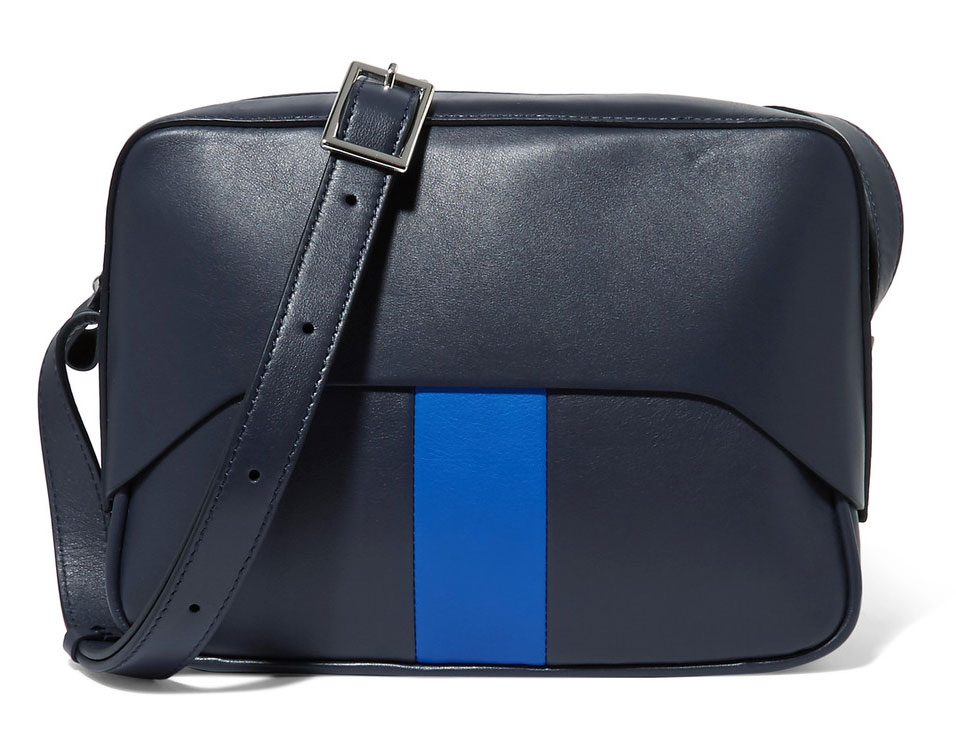 Trademark was founded in 2014 by sisters Pookie and Louisa Burch, daughters of J. Christopher Burch, who you might know best as Tory’s ex-husband. The brand tends toward the kind of cool-girl looks you’d expect of two wealthy, chic, 20-something New York women: modern, streamlined, forward-thinking and functional. 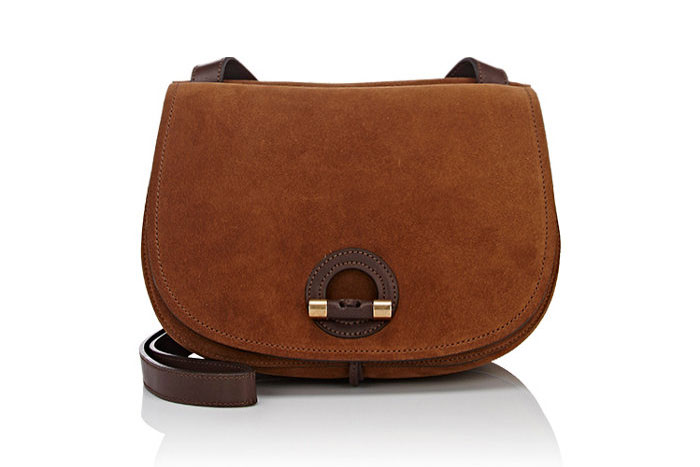 Senreve is the best out of the list. Finally, a bag that is practical, beautiful, and not ridiculously expensive. I’ll definitely be buying one.

I got the Blush Doctor and it’s my favorite bag ever….sooo cute. Kind of like a modern version of the Louis Vuitton Speedy but way more functional…<3 <3 <3

I agree. I love how functional and elegant the bag is. Sold!

The Hayward bag looks like a Celine bag that grew fangs. I’m intrigued.

I like the Creatures of Comfort bags. I’d definitely purchase if available in black.

OMG I have the Simon Miller Bonsai bag, It is a little bucket bag and it is SUPER CUTE!!!!

I really like the hunting season bags but the brand name makes me feel a little guilty… like please don’t remind me! LOL

Interesting brands. I will check them out. Thanks!

Love the red color of that Senreve bag