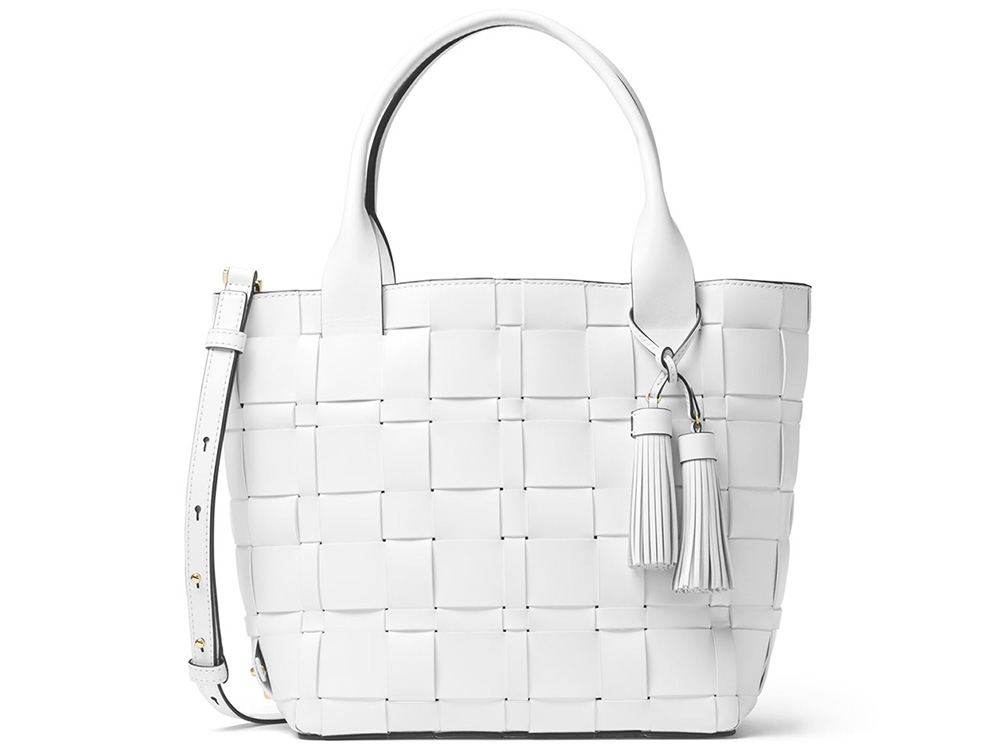 MICHAEL Michael Kors has a perception problem, especially when it comes to accessories. Selling expensive handbags is always a bit of a paradox; a brand has to sell enough of them to maintain its bottom line and please investors while still making consumers feel like they are buying something that’s at least a little bit rare and aspirational, and once a brand reaches a certain point of critical mass, the only direction for it to go is down. Even when bags are objectively attractive, fashion’s classism rears its ugly head when people of more modest means start to acquire status markers that were once inaccessible to them.

When you combine that with a product mix that’s allowed to get a bit stale, fashion shoppers get very skittish, which is, in my mind, a fair assessment of what’s happened with public perception of MICHAEL Michael Kors bags over the past couple years. The brand hung on to things like logo charms and chunky gold hardware a little too long, and that, combined with the brand’s aspirational-but-not-astronomical price point, made the bags seem like yesterday’s news.

MMK is a huge brand that wants to please its customers, though, so I figured it wouldn’t be long before the brand’s handbag line tightened up and debuted some styles that felt fresh and relevant. Thankfully, I was right, and the Pre-Fall 2016 bags from MICHAEL Michael Kors give me hope for what’s to come. Many of the new styles have ditched the familiar metallic charms and big hardware for a sleeker, cleaner, more modern aesthetic–they’re the kinds of bags that a lot of women would be proud to carry to work, and many of them are even free of the familiar gold-lettered Kors branding.

One thing the new MMK bags do retain, thankfully, is the brand’s accessible price point. Check out some of the best new arrivals below or shop the full lineup via Neiman Marcus. (If you’re an old school Kors fan and want the logos and charms, don’t worry–there’s still a good bit of that going on this season.) 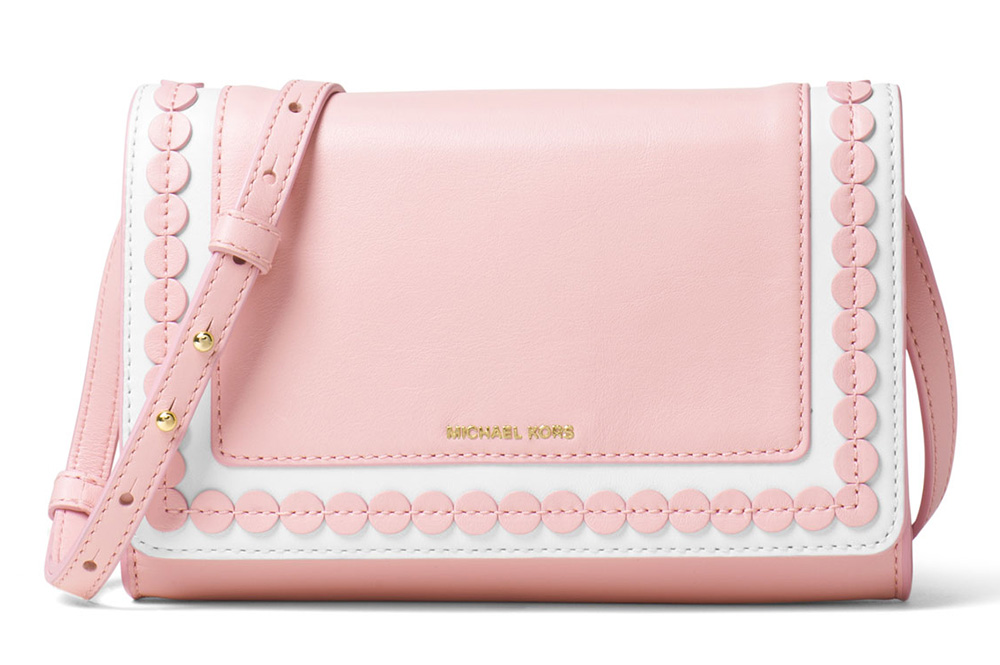 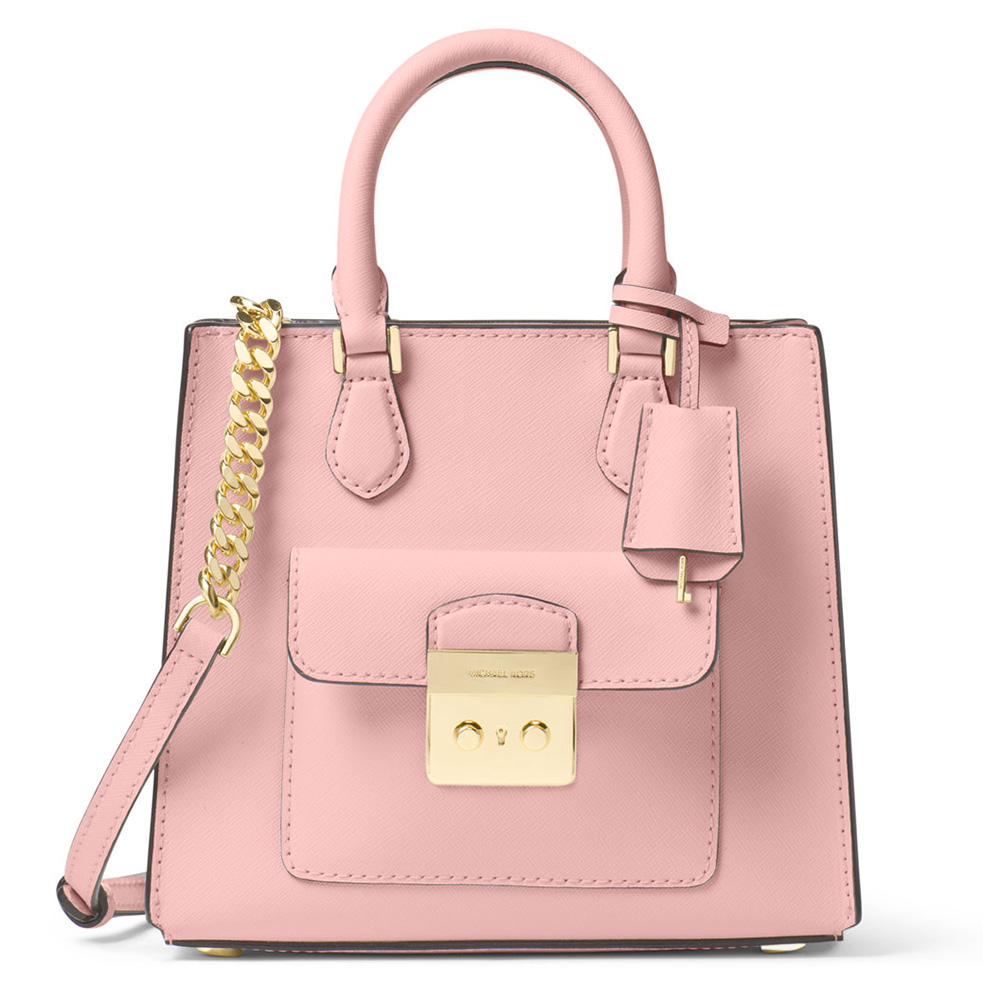 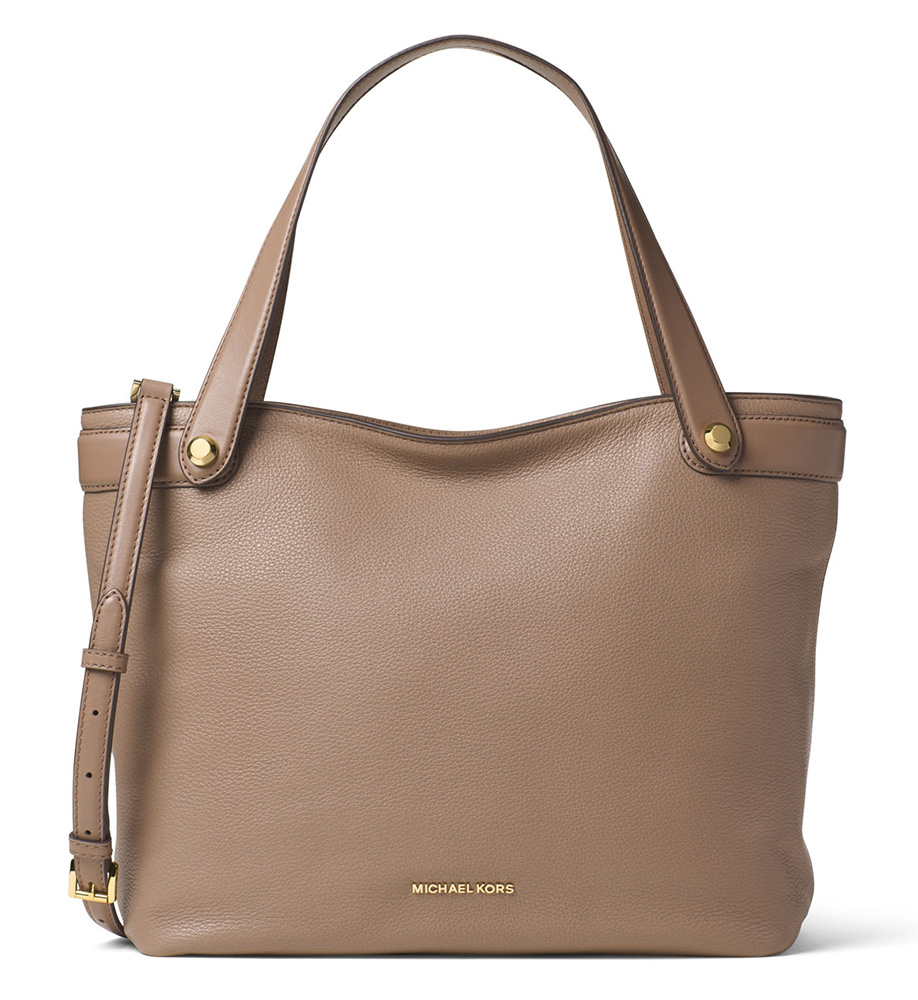 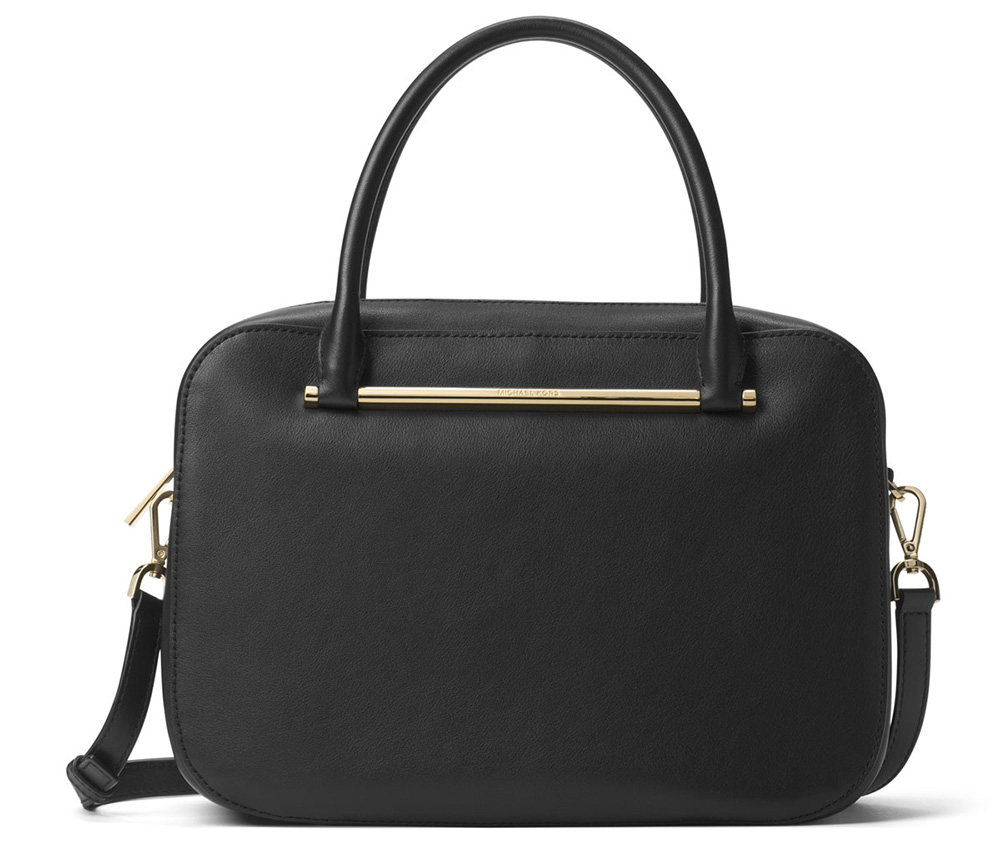 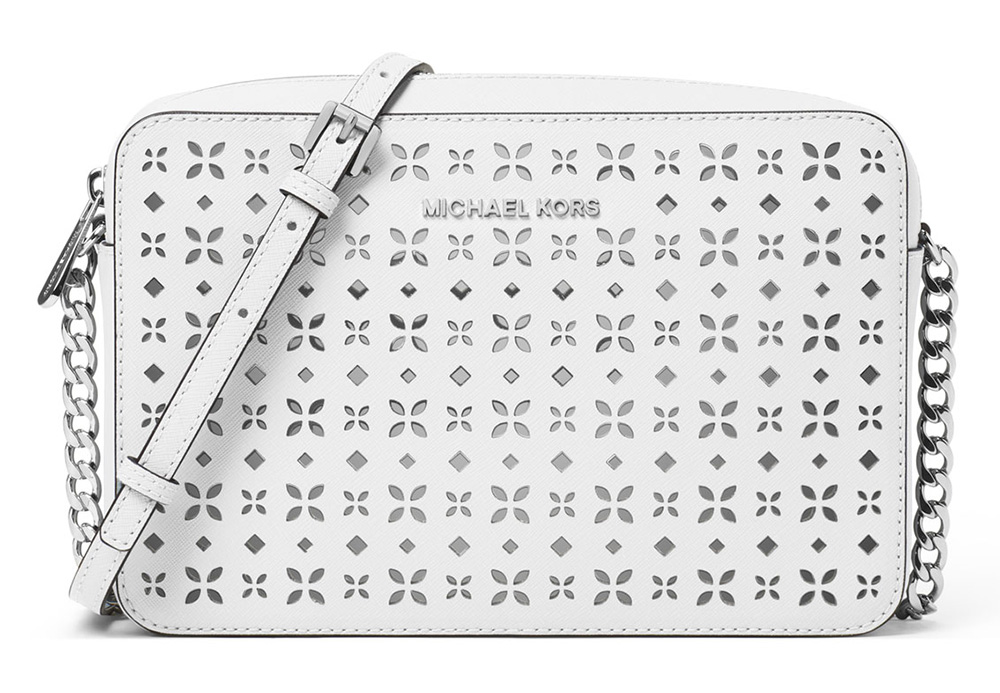 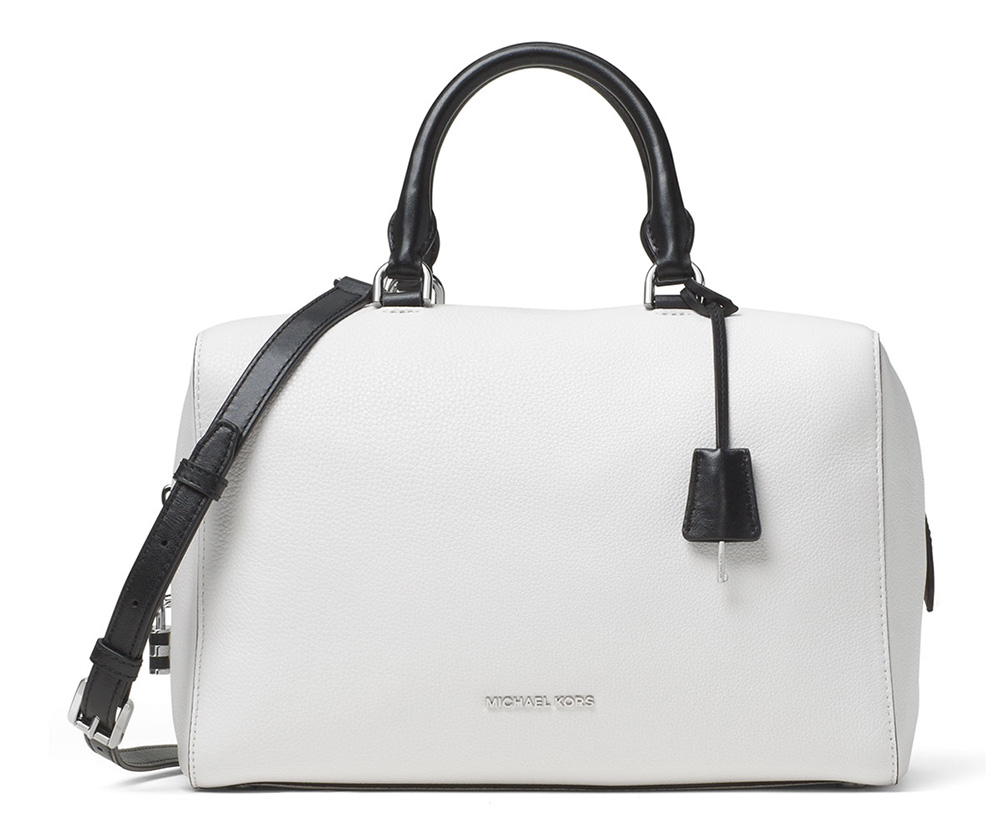 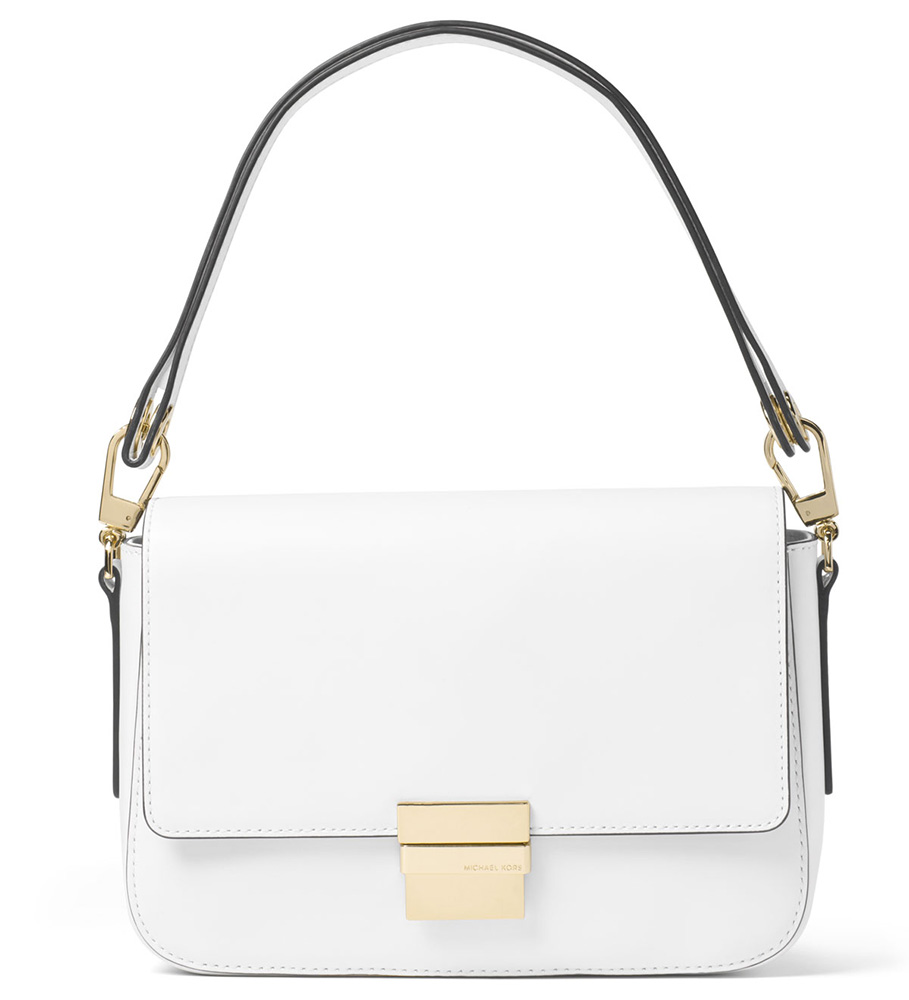 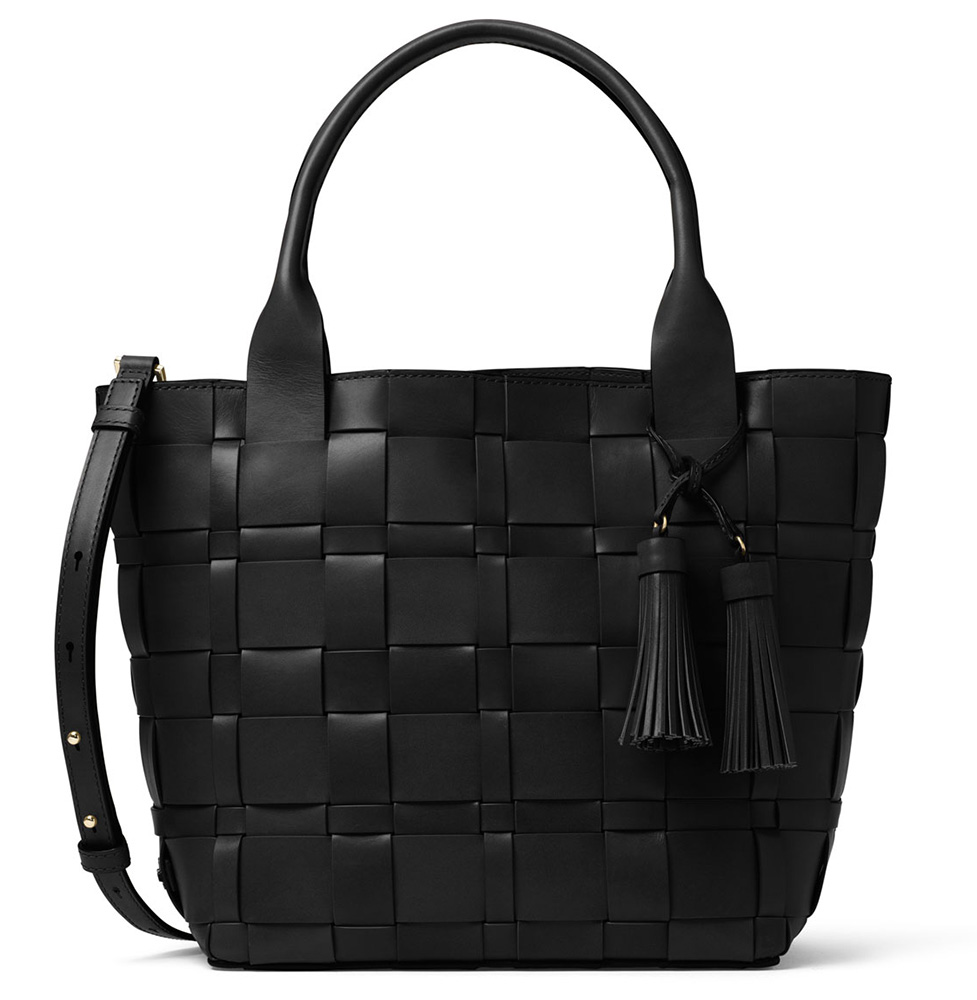 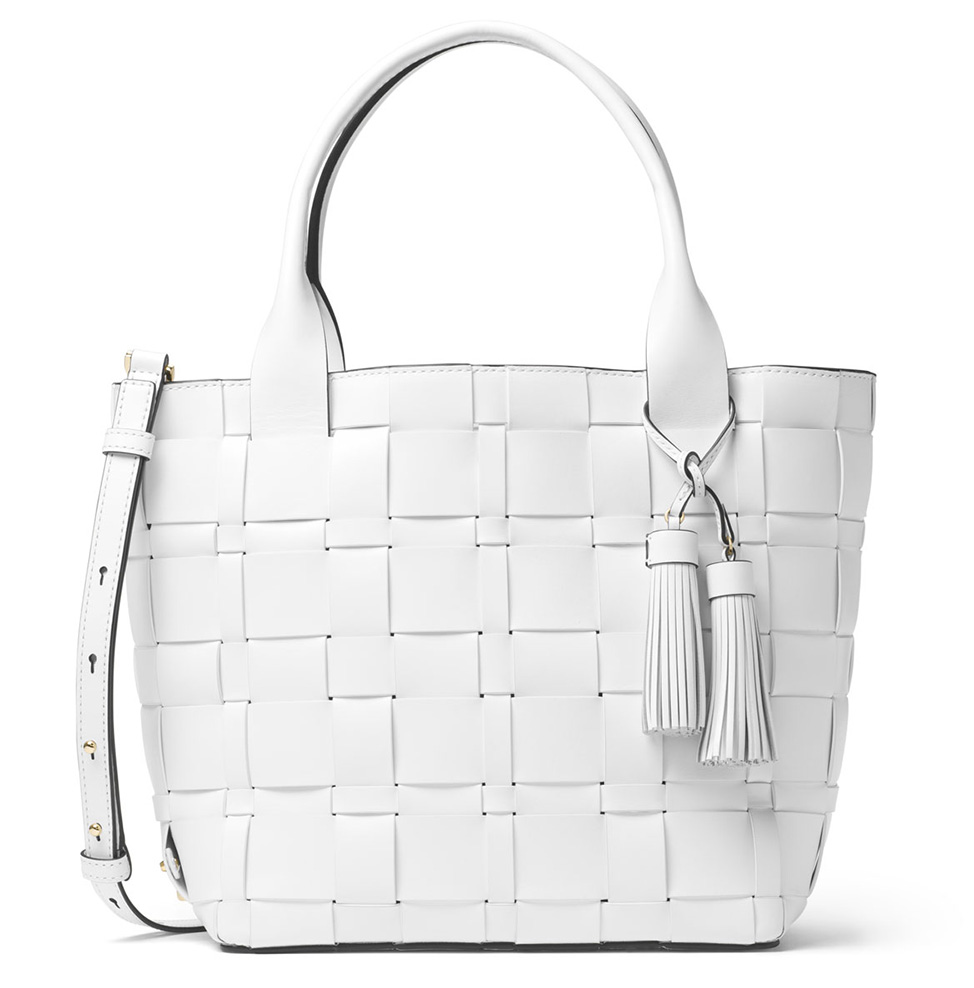 That woven tote is great.

I think you are spot on with how difficult it can be to maintain a brand, and incorporate styles that are available at more accessible price points. I am so happy they’ve freshened up their silhouettes and moved away from the chunky hardware. I hope they’ve also begun to realise that putting in a little extra effort into their craftsmanship will also benefit their company.

Nice bags but go easy on the edge paint please!

The designs are way too reminiscent of the inspirations- Chanel Boy, Celine Box Bag, and even Kate Spade. Same pony with everyone else’s tricks.

Coach has been putting out some gorgeous items as of late! Big fan of the Swagger and Rogue.

Maybe I’m blind in one eye and can’t see out of the other because I don’t see any of the references that you are making in any of the bags. Not defending the brand in the least.
Kate Spade is, at least to me, a whimsical brand. I’ve never gotten whimsy from MMK. That Box Bag is not a new shape, silhouette or design. I remember my grandmother (who’s 85) carrying similar bags to church over 30 years ago. I definitely don’t see Chanel Boy as that’s an edgy bag. Nothing I see screams edgy.

I currently make about 6000-8000 dollars /a month from working online at home. Those who are looking to do basic computer-based work for 2h-5h a day from your home and make valuable payment for doing it… This is a work for you… http://ur1.ca/p7vw7

heres my issue with the Brand …. before i go on the vivian woven tote is actually pretty good looking!!
Balenciaga-loewe-ish but good looking. still my true issue with this Brand is that i just can not understand why they dont add another name to the base line MMK MICHAEL KORS i mean its just as bad as Marc by Marc jacobs. european brands seem to get it right !! eg. See by Chloe or Just Cavalli … the dont calle them Robbie cavalli or marrant izi,but when you keep the desighners name full on. and just add some other confusing detail based on the same name, to me it destroys the true origin of the Brand. and hurts the top end ítems that come from the same designer, RRL or what ever Ralph Laurens.lauren Ralph lauren.,polo Ralph lauren ….names are. AMERICANS have to change this naming of their more affordable baby brands……………… just saying because this is the place to say…. best . Bir.

The Jessica looks like a nice design. But one of my problems with MMK is the quality (or lack thereof) of the leather. I suspect it’s an extremely heavy bag, and that on close inspection the hardware looks and feels cheap.

The Vivian Woven bag doesn’t look bag either. But it does look heavy to me me too especially being woven.

I had MK bag (not anymore), the quality of leather and hardware was pretty good. I have high end brands, so I can compare. But maybe these were good old days.

Id much rather buy coach or kate spade than MK

You are thinking of Marc Jacobs. Michael has not merged his lower end brand with his higher end brand.

I don’t understand why MK can’t produce interesting brands that aren’t copy cats of what others are doing. You can’t tell me that they can’t hire designers eager to develop a unique style point of view.

I see Gucci in #2, Fendi in #6…Just stop MK. You’re making me weary. You won’t win me over by simply removing the gaudy gold tag. Do something fun and unique.