The 10 Hottest Handbags in the World Right Now 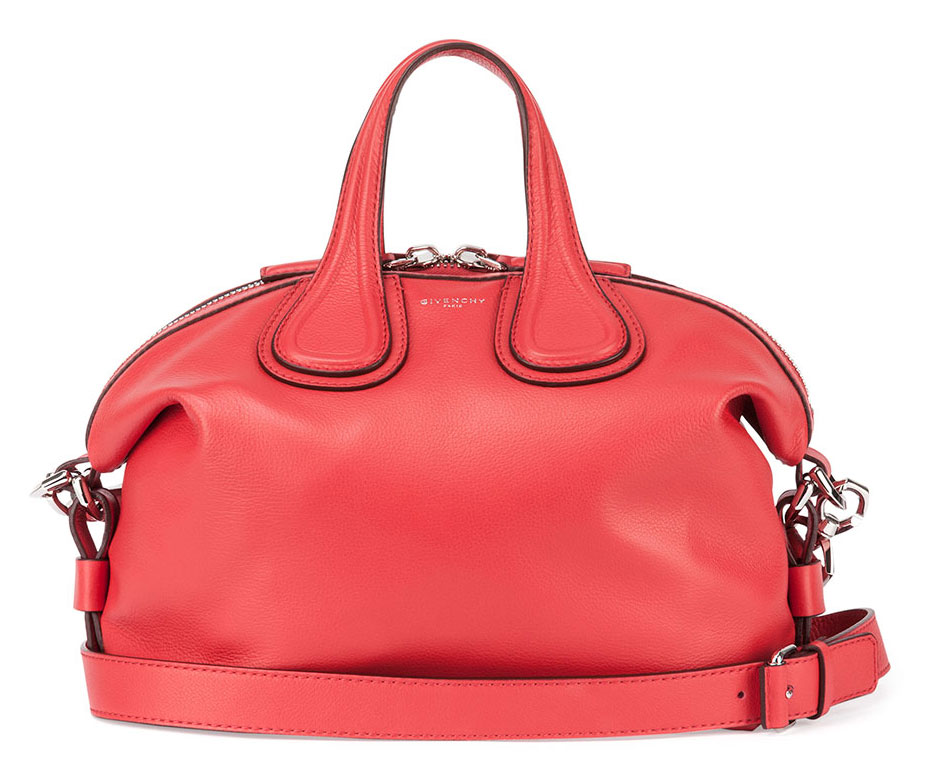 Today marks the beginning of what we call PurseBlog Summer Break, in which the team takes a few days to relax before fall kicks into high gear and we all run around like crazy people at New York Fashion Week. That means you won’t see quite as many new posts per day as you normally do, but we’ve got some fun stuff in store for you nonetheless.

First up: now seems like as good a time as any to do a heat check on what’s happening with the handbag market. As you’re gearing up for fall and planning your purchases, keep the ten bags below in mind if you’re looking for something very of-the-moment. Which bag is at the top of your list?

Right now, the Chloé Drew has the most momentum of any bag on the premier designer market. Whether Chloé can sustain that for the immediate future with new colors and embellishments will be the real test. 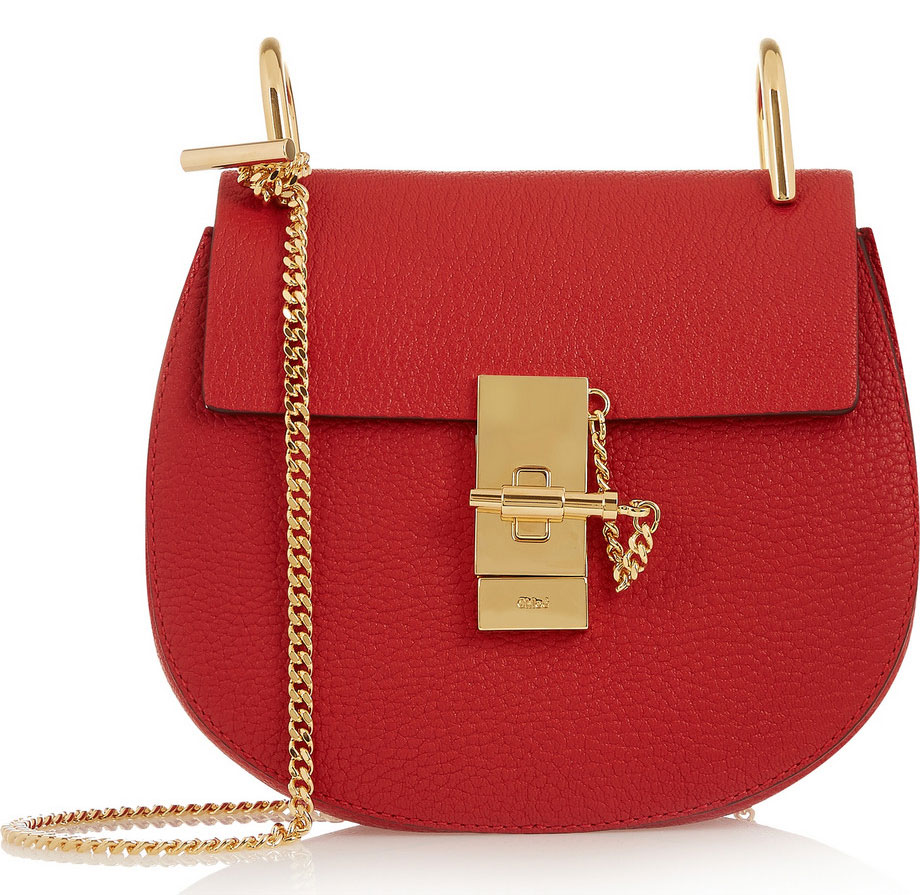 The Boy Bag has been hot for a few years now and shows no signs of cooling off any time soon. 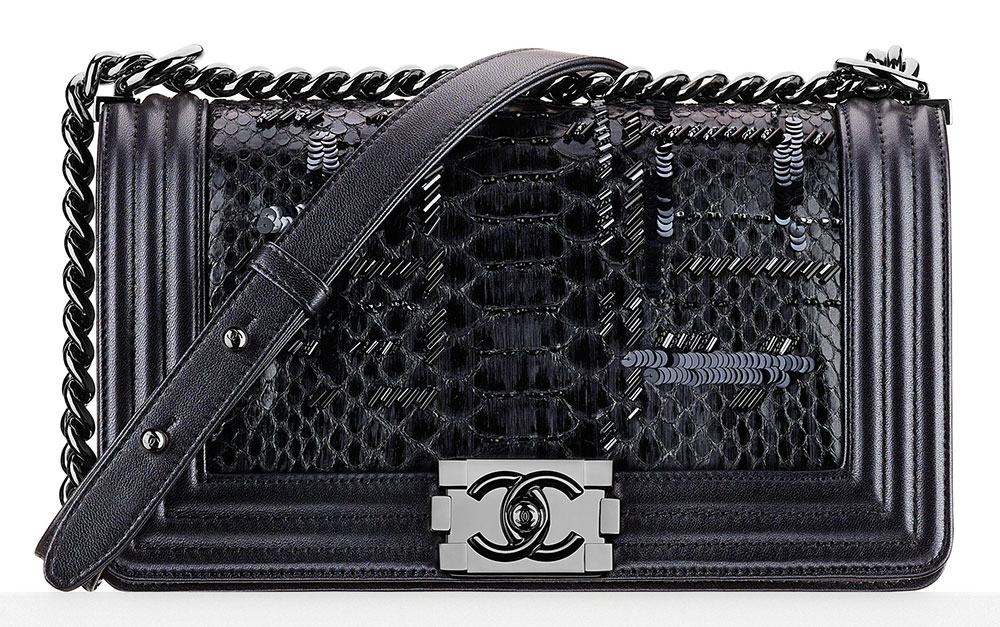 Love it or hate it, the tiny version of the Peekaboo launched an entire genre of bags and sells briskly in a rainbow of colors. 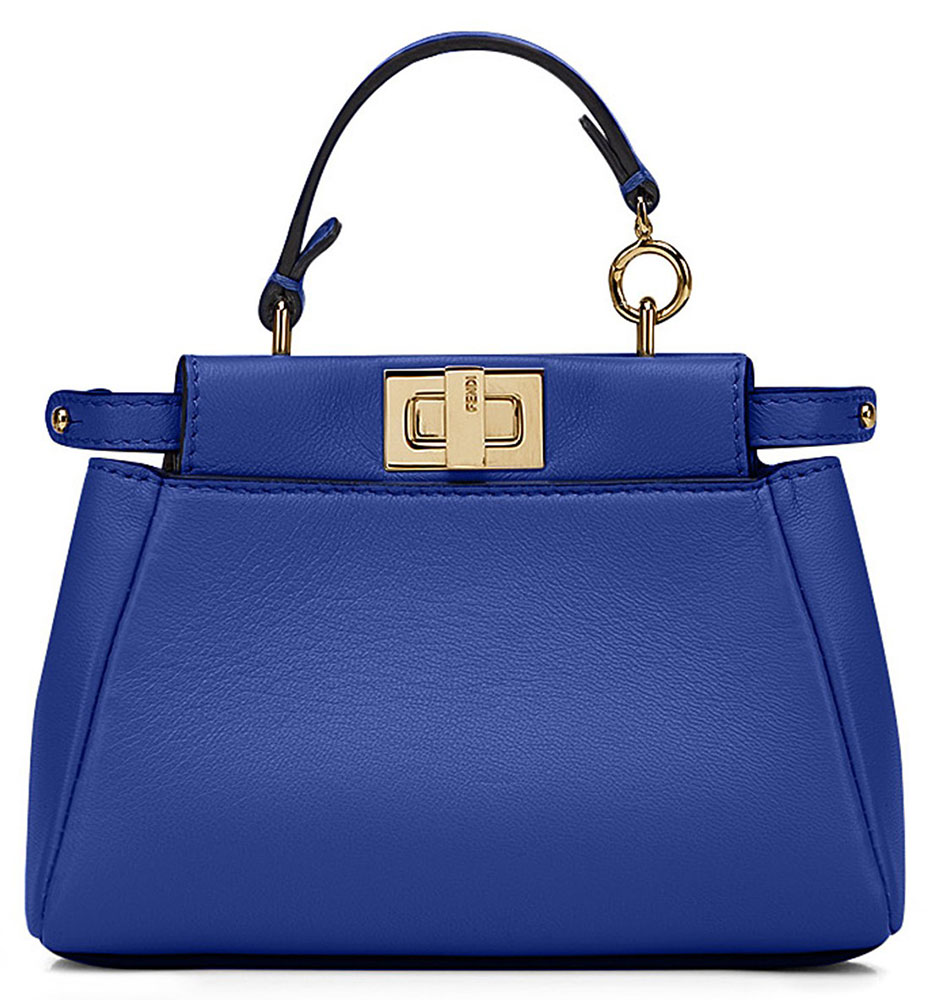 The Diorama was exactly the kind of bag Dior needed in order to woo a more casual, less ladylike (and therefore broader) audience, and so far, it’s been wildly successful. 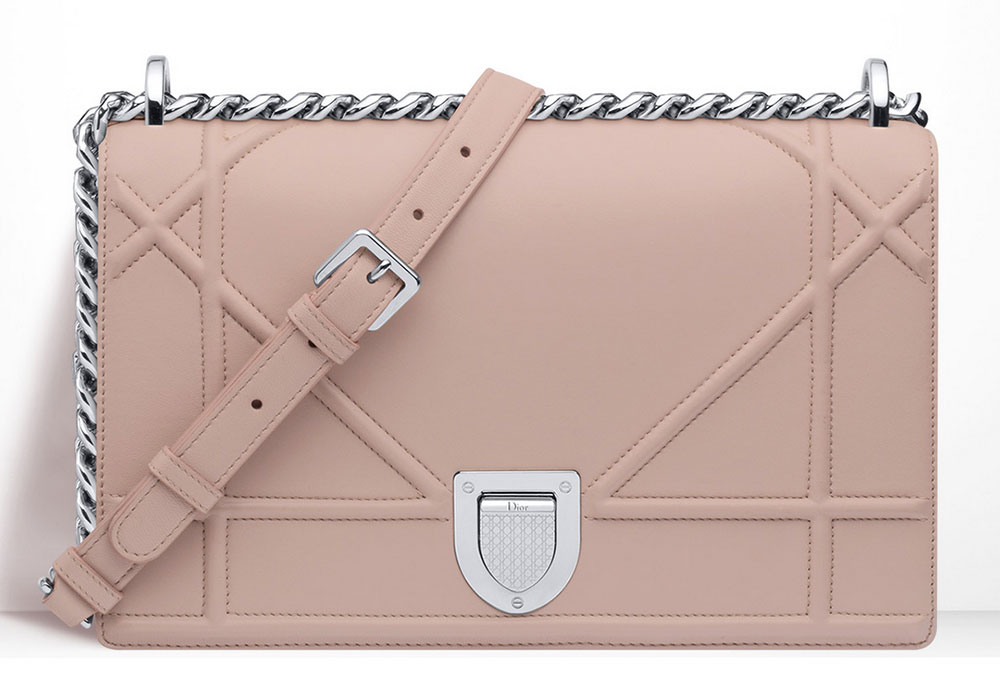 Many industry watchers were curious to see whether or not Mansur Gavriel would hit a sophomore slump with their follow-up to the enormously popular Bucket Bag, but the new Lady Bag is shaping up to be just as popular (and just as impossible to find). 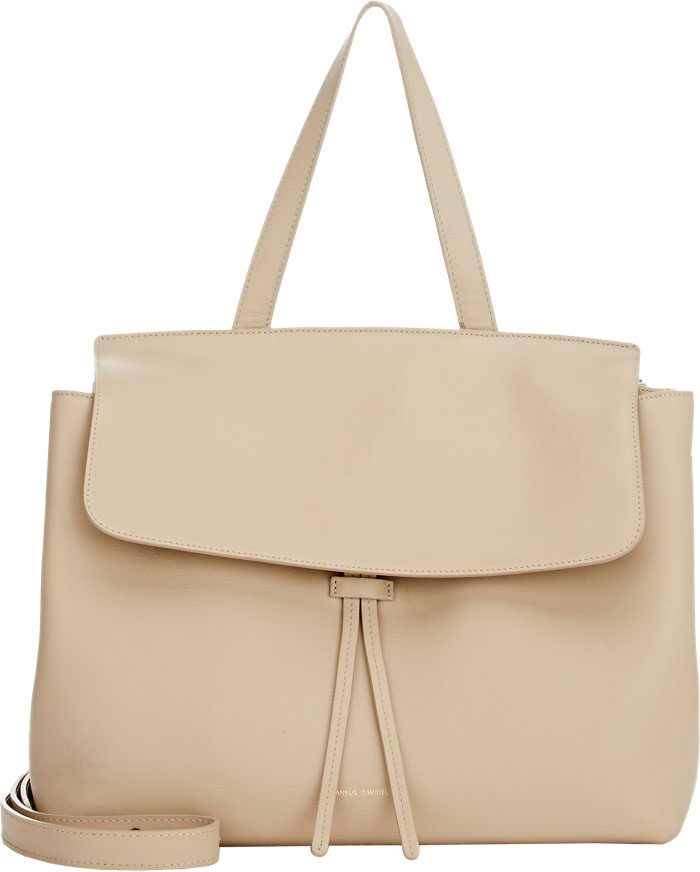 This is the first big release from Gucci’s new creative director Alessandro Michele, and we’re pretty curious to see all the different materials and versions it will come in. It harkens back to the brand’s Tom Ford heyday, don’t you think? 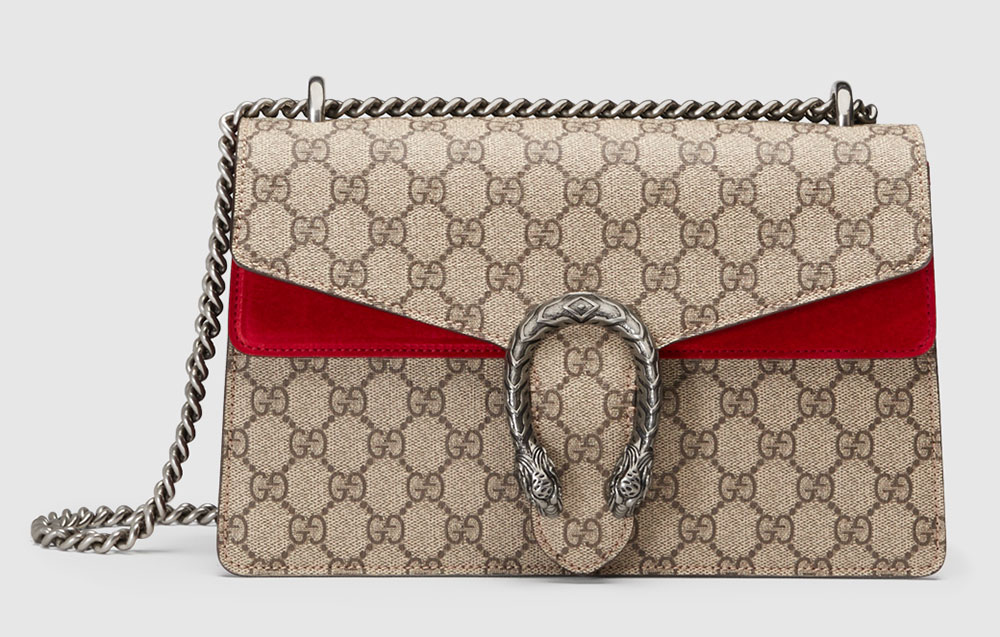 Louis Vuitton is arguably the most important handbag brand in the world. (It’s certainly the biggest.) Any notable big bag push from the brand could qualify for this list, and the Twist is starting to pick up momentum among the cool girls that Vuitton wants to court. 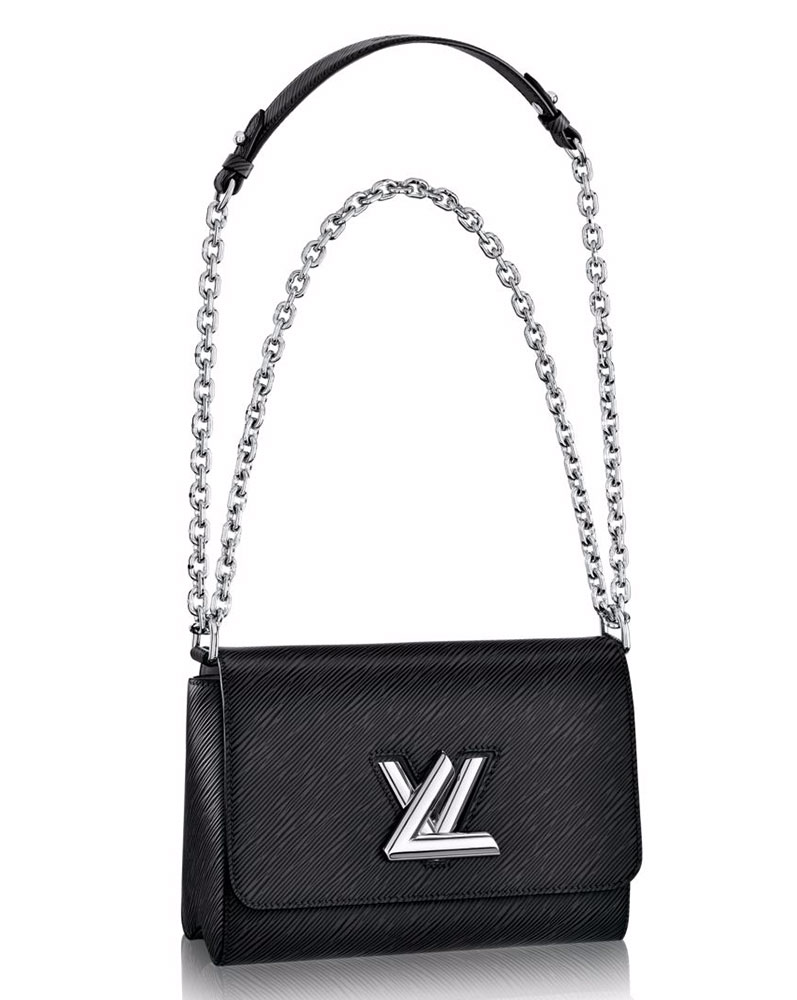 It seems like every famous person on Earth owns and carries this bag, and that much time in front of paparazzi cameras certainly generates a bag with a lot of buzz. 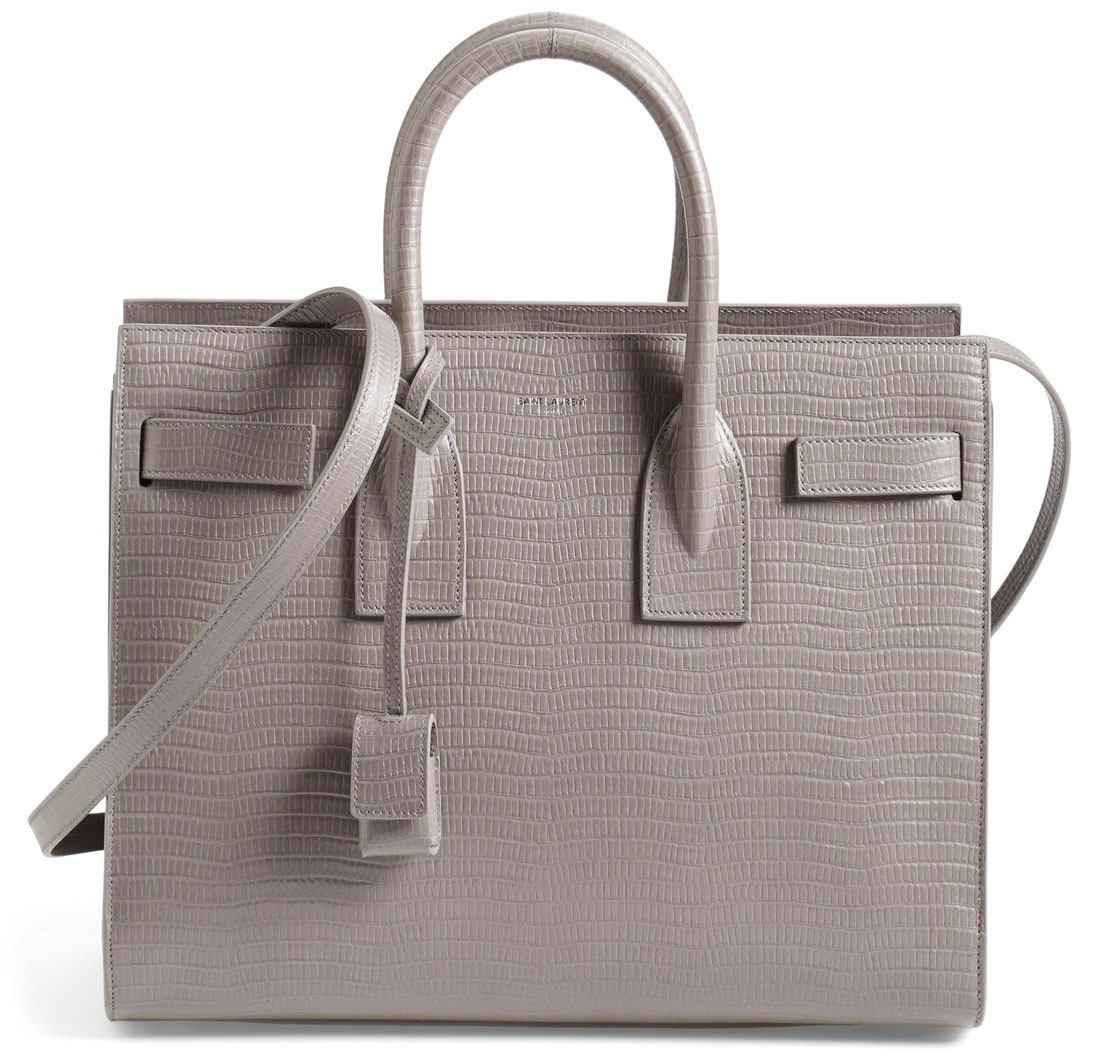 The Nightingale has been around for a long time, but instead of phasing it out and introducing a new bag, like most brands likely would have, Givenchy gave the design a makeover. The simplified lines and more modern feel of the new version will likely grace a lot of celebrity arms come fall. (Kim Kardashian was the first person seen with it, natch.)

Prada Inside Bag
$3,050 via Bergdorf Goodman

Few bags get a debut writeup in the Wall Street Journal, but this isn’t just any bag. Prada is betting a lot on the Inside, and now that it’s available in stores, we’re waiting not-so-patiently to see what will happen. 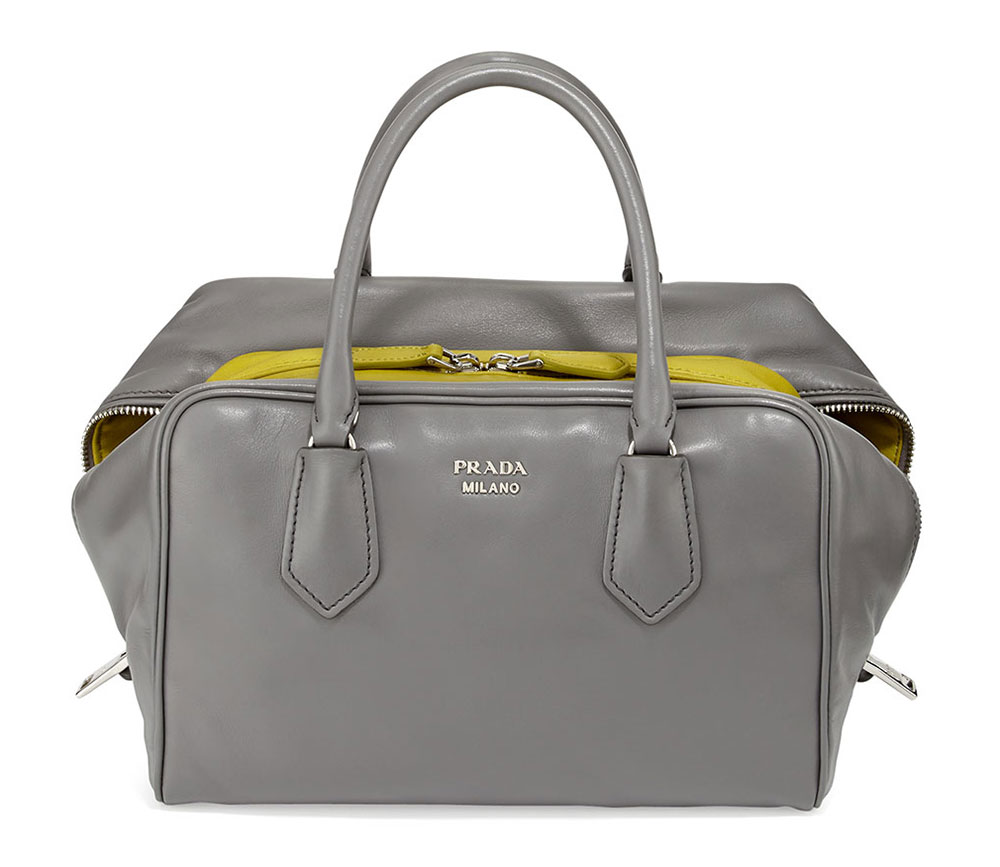 I don’t think the prada will be a hit…the MG bag is interesting.

I agree with the posters below — I just don’t see the Prada bag catching fire with buyers the way that the Drew and Sac du Jour have. Also, as much as I like the Drew, I do wish there was a leather insert in the chain to make it sit more comfortably on the shoulder. I tried one on in a store and when I loaded it up with the stuff I would normally carry, it did dig in my shoulder. Glad to see Gucci in here. While I’m not crazy about the fabric bags or an all-chain strap on a shoulder bag, they’re got some snap in their new offerings. As for LV, when I go into their store, I always see several beautiful, well-made bags I’d be happy to own and whose prices are high but not stratospheric. OTOH, the ones getting all the attention fail to impress. Plus they come with absurdly inflated price tags.

I bought d Drew last Dec,and sold it a month after..trust me its jez a pretty bag!The buckle is IMPOSSIBLE!:(

Completely agree!!! Bought and sold! The buckle is crazy and the more narrow size at the top just made it seem hard to get into. It’s pretty but not nearly as functional as it seems.

Hmmm…that Prada bag just came out so I’m not sure how hot it is or will be. I looked at one in person, and I wasn’t impressed. However, I did love the color combinations.
The Twist is my favorite.

There are several bags of interest here. I promised myself to only purchase proven bags…that will stand the test of time so beyond the Boy or the Nightingale I will wait and see how they do in the longevity department before I seriously consider purchasing. The Drew is certainly the leader of the newbies right now and very nice IRL.

The Prada “Inside Bag” looks a bit… dated.

dated is a nice word for this bag:/

The only bag here worth the mention is the Nightingale. Others just don’t float ma boat.

Show me a bag where upon seeing it I think, “wow, great bag. I wonder whose it is?” and not one of these lemming bags that everyone and their mother carries to be a part of the crowd.

This post could also be, “The Hottest Handbags that everyone is carrying that you may want to consider NOT carrying for this very reason.”

The MG Lady Bag is my fave off this list. It’s got a nice appeal to it – kind of swanky, I like it. I like the LV Twist Bag too. I’m not always a huge fan of every LV out there. Sometimes they’re a little too rich old lady looking to me. The others, I think some of you guys nailed it, not anything new or spectacular. I agree with the feeling that every bag seems the same out there. I’ve been eyeing a new artist I saw at show that I think is worth sharing – IHLE – her bags are well made, really attractive and UNIQUE. I think I’ll be getting one for myself or my sister for Christmas.

I agree with you 100% Smithy, but then again, what do I know? I got clobbered on here for a post I made that I liked the new Altuzarra bags… 🙂

Oh my God the comments they wrote to you made me so angry. I love your Altuzarra!! Definitely a gorgeous and unique bag.

Haha…I remember! That was an odd clobbering for sure.

Maybe it’s because I’m not that into handbags anymore, but the industry seems stagnant. These bags don’t really have a “wow” factor.

Why would you come on this website if you,”weren’t into handbags anymore”? Hello? “Purseblog.com”. Rings pretentious and untrue.

Sounds like you need to work on your reading comprehension. I said I wasn’t THAT into handbags anymore, meaning I’m still somewhat interested in them.

I completely agree, these bags do not at all impress me that much. There’s no personality to them. No likey, nope.

I am usually a Prada fan but I am not feeling the Inside Bag. It seems too contrived-trying too hard to be an IT bag. Plus it seems like it would be awkward to carry. OTOH I really like the Gucci and the LV.

boy bag is next level on this list. the price range too is beyond. nightingale is for sure the longest running on this list.
diorama is still living in the shadow of boy bag. btw dior has terrible quality. I bought a lady dior (the fall 2014 with patched pockets which they replenished due to “popularity”) recently and had to return. the reason was bcus there was a skip-stitch on the bag (e.g. the needle pierced a hole but the top and bottom thread did not catch so leaving a long stitch line). brought it back to the dior store so they can order another one. went to see the second one and saw THREE skip-stitches. had to get a refund. So ya peeps, just bcus you are paying 7000$ for a bag doesn’t mean it’s perfect. make sure to spot check and QC dior bags before buying (AT THE STORE!!!).

OMG!I TOTALLY AGREE on the DIORAMA sooooo copyn the Chanel Boy bag for sure.For such a luxury house as DIOR,ud think that dey wud come out with a more original design..:(