6 Bags That are About to Have a Very Big Summer 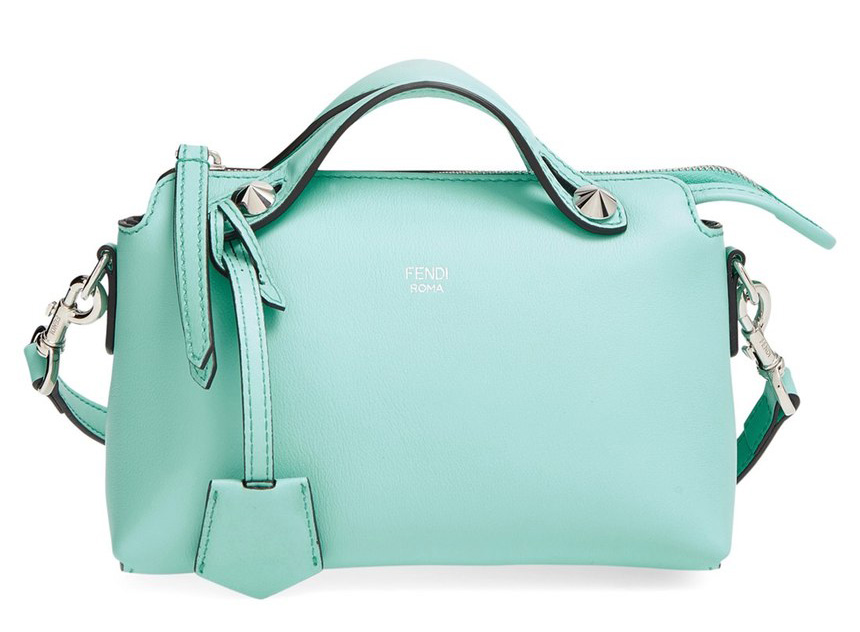 Detecting nascent trends is more art that science. Some bags are everywhere all of a sudden for reasons that don’t have much to do with celebrities or “influencers” (my apologies) objectively liking them, and figuring out whether a bag’s sudden surge in visibility is planned or organic requires a feel for the market. Luckily, the PurseBlog staff spends 40+ hours a week looking at bags with our readers, so we have that.

The accessories market is always in flux, but sometimes it’s shifting more than others. Lately, we’ve noticed a half dozen bags that feel like they’re getting ready for a popularity spike in the very near future. Below, we’ve enumerated our picks, along with our reasoning. Be on the lookout.

I have been crowing about how underrated the Belt Bag is for a while now, but since Rosie Huntington-Whiteley took up the cause, I’m betting the bag will start to creep into other notable closets. On top of that, the brand’s Fall 2016 collection includes a bunch of totally gorgeous new versions of the Belt, which will undoubtedly help the bag’s case with shoppers. 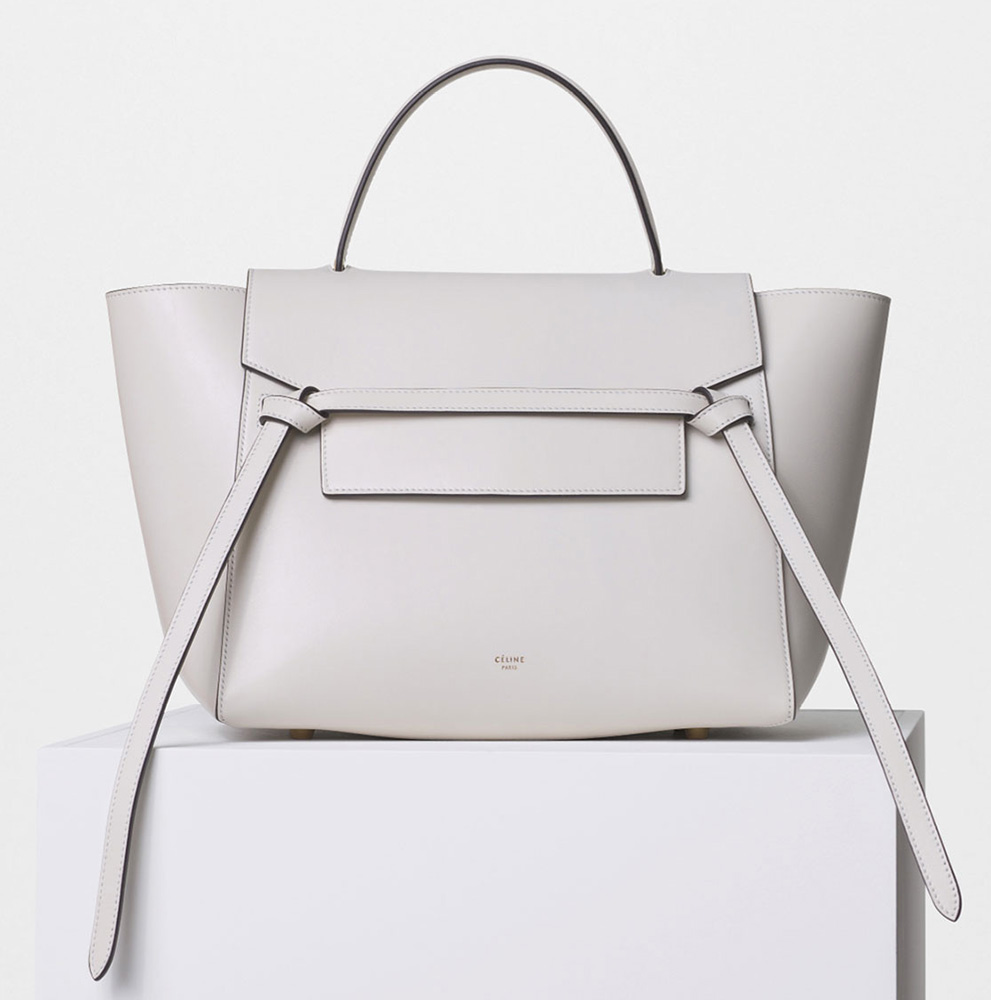 Chanel bags of any type are a pretty reliable popularity bet, but lately the brand’s backpacks in particular have been popular with a set of young, ultra-stylish celebs that are often the canaries in the new trend coal mine. When those ladies set their sights on Chanel, we always take notice. 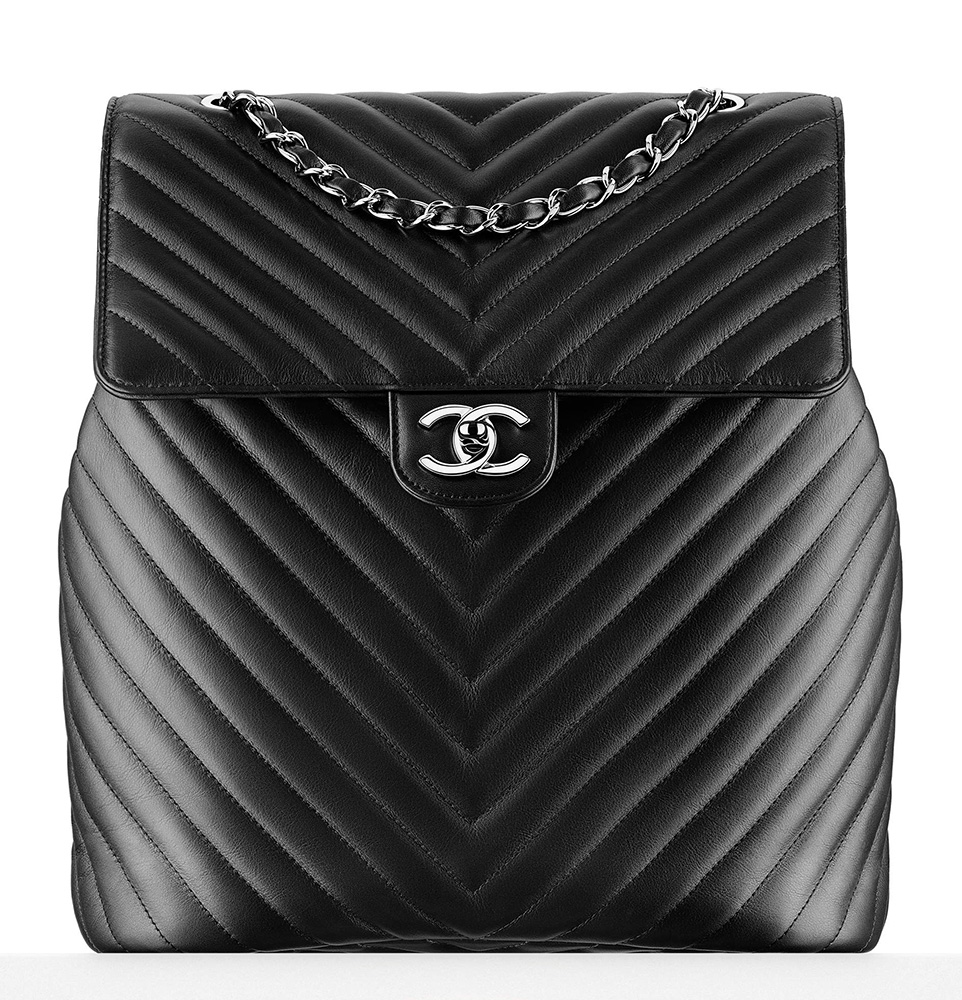 Coach’s launch of the new Rogue Bag was met by enthusiasm from both our commenters and shoppers on the brand’s website–a bunch of the colors in the Rogue’s initial release sold out. Now that the Rogue’s mini version has made its Pre-Fall 2016 debut, we expect sales to be even more brisk. I got the chance to preview this smaller version of the bag in person, and it’s perfectly sized and perfectly casual. If last season was any indication, you’ll want to go ahead and order the color you want now. 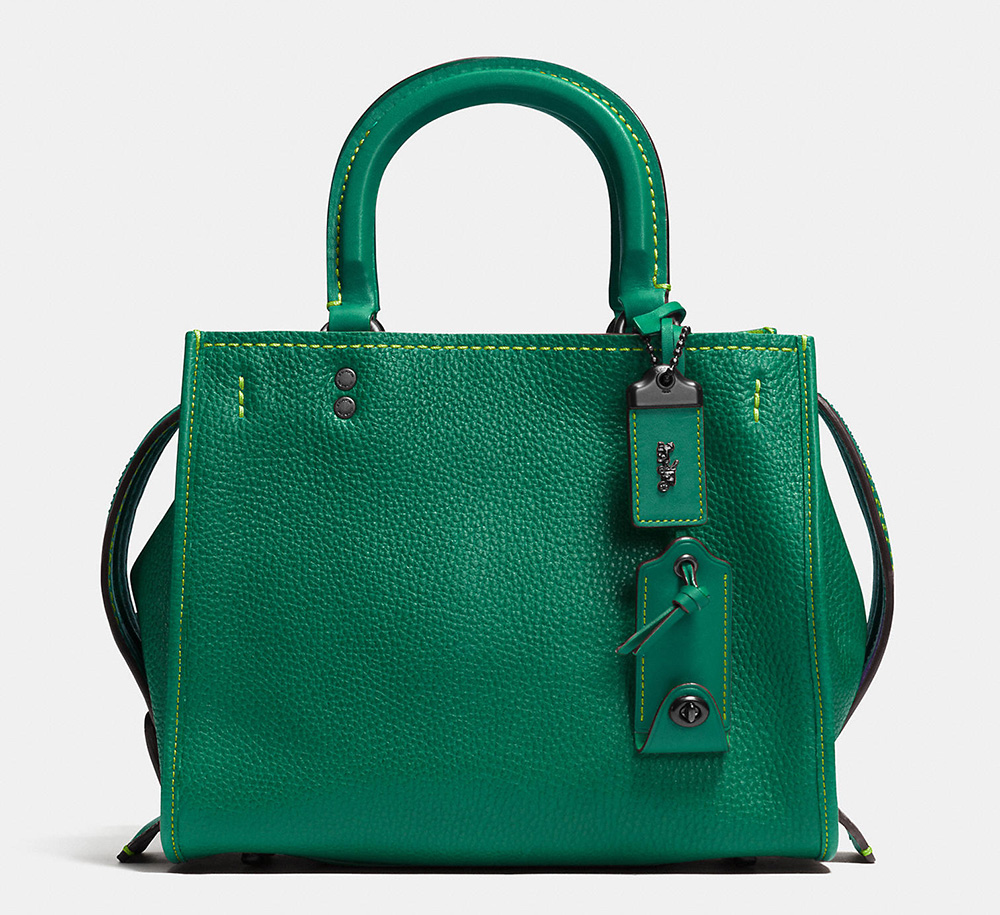 I don’t necessarily have a great argument for this one–the only celebs I’ve spotted carrying the BTW in the very recent past are Rita Ora and Lindsay Lohan–but it just feels like the bag’s time is here. Megs and I are longtime lovers of the shape, which is roomy at any size, and it’s so simple and comes in so many nice colors that summer 2016 is gonna be when it pops. Mark my words! Even if it’s just to get me to say “I was wrong” later.

Honestly, I could have included nearly any Gucci bag here and had the same odds of being right when all is said and done. The brand is experiencing a period of explosive consumer interest, and its meeting it with a dizzying array of new products, prints, shapes and embellishments, many of which quickly find their way to Gucci’s popular (and seemingly expanding) handbag assortment. The Soho Disco Bag has been the brand’s bread and butter with shoppers for years, and the bee-embellished version of the same shape will likely show up on plenty of notable shoulders. But so will a lot of Gucci’s bags. That, we can promise. 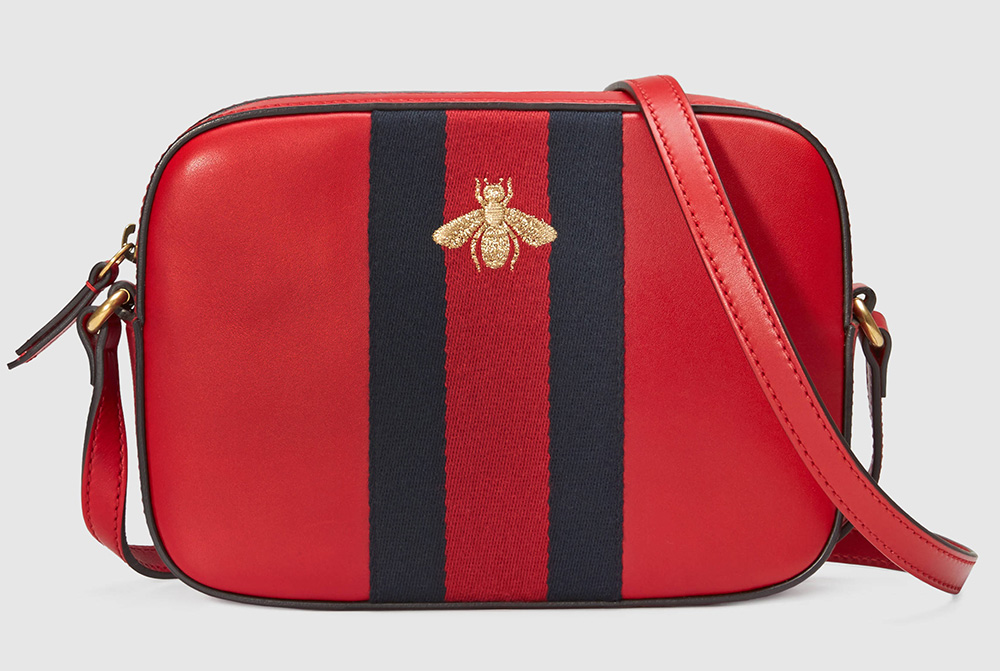 It might sound weird to say that one of the world’s most popular handbags for several decades running is going to experience a surge in popularity, but we’ve noticed something interesting going on with the littlest Birkin lately. For years, we never saw anyone carrying a 25cm Birkin and they were scarcely represented curated sales and auctions of the most sought-after pre-owned Hermès bags. Then Kendall Jenner showed up with one, and it looked so good on her that we dedicated an entire post to it, which we usually don’t do with individual celebrity bag choices.

We noticed several in Moda Operandi’s latest Hermès sale, though, and they were going for prices higher than similar bags in larger sizes, which indicates a strong demand for the little bags. We can certainly see why: the petite proportions make one of the world’s most famous bags feel fresh and new, and not every rich woman on the planet already owns a 25cm. If that changes in the near future, don’t say we didn’t warn you. 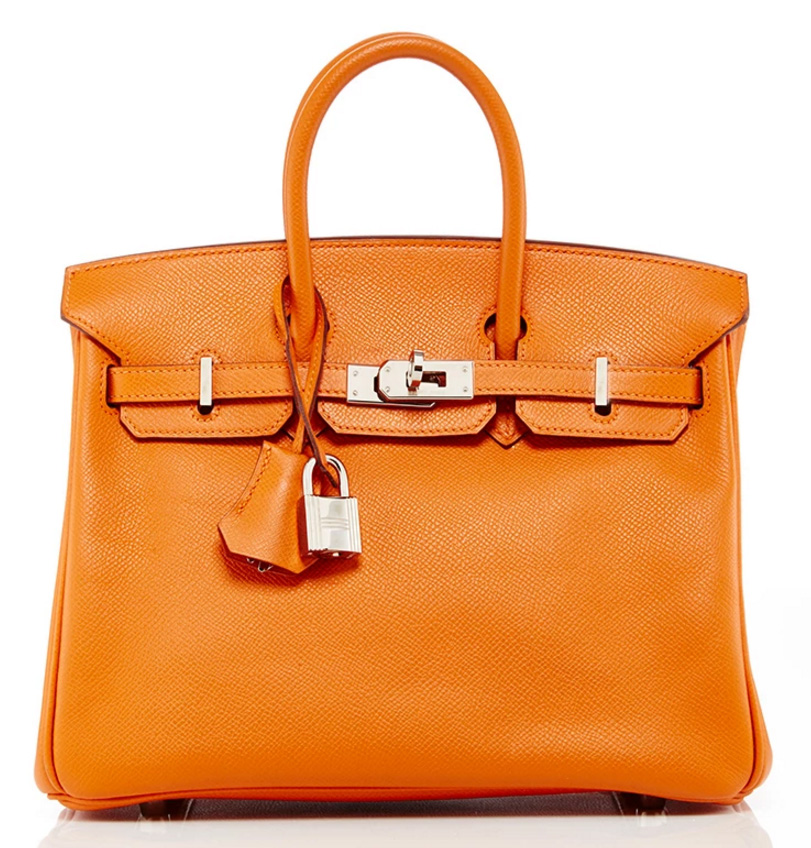 Not sure about the belt bag but I do think the CHANEL backpack is going to be big, it’s like the trend of those micro bags that you can’t stop

I think the Diorever could make this list as well…

That Coach is giving me peekaboo vibes

its much much closer to the Diorissimo

yap its much like Diorissimo or lady Dior bag.

You’re right. I can also spot a little Sac De Jour in there. The interior and the draped handles remind me of the peekaboo effect

I am not sure I see that- though they are both square styles…but there are a ton of current and past bags on the market that are also this shape. I don’t particularly love the emerald green colour- or the pic of the bag that’s in the article, but I have been checking out the Coach Rogue since they tossed out a preview, and I do love it. I think the Peekaboo, in some senses, looks a little cleaner and in general is marketed to a woman who has a more uptown feminine style. The textures, and details on the Rogue speak to a woman who is a little more downtown urban edge to her style…but again, that’s just my opinion. I also feel like Coach has done some styles that were far more similar to the Peekaboo in the past, like the Gramercy Satchel, which may be why I don’t quite see Peekaboo when I explore the Rogue.

Can I have a small loan of $4 grand so I can get my little paws on a Chanel backpack?

Me too! Phew glad I’m not the only one after reading people’s complaints about getting into the bag. The belt is so beautiful that I don’t mind the stress attached to opening it

just as Cynthia replied I can’t believe that people able to profit $5523 in 1 month on the computer . read this article http://clck.ru/9vNCb

I love them all.

The price for a Birkin 25cm is really high in the resell market simply because they’re very hard to come by. Hermes just doesn’t make very many of them. I’ve been a “loyal” Hermes customer for a few years now and I’m still waiting for them to offer me one. finger cross

That Chanel backpack is even more amazing in person. I love the look of the Belt Bag, but I didn’t like the closure.

I love the look of my Celine belt bag, but as others have said it’s a huge PITA to get in and out of, especially the small since there is no shoulder strap to allow for use of both hands.

I think backpack styles are in for a resurgence?