PB Asks: When Is a Similar Design Crossing the Line? 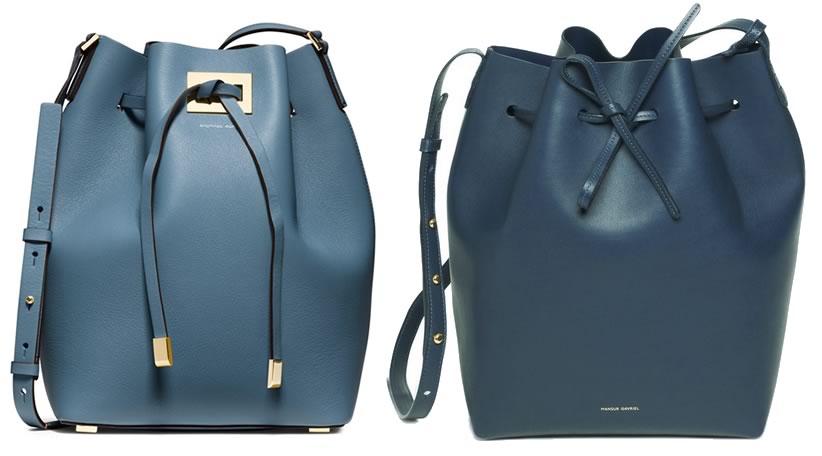 I read as many comments as I can on PurseBlog, which I love to do. Sometimes I get a little behind and I’ll make myself a tea and sit down to catch up on comments. One comment that I see popping up often is ‘that bag is a copy of this bag’. Some use the word copy, some use unoriginal, some use the word inspired, others use the word knock-off.

Each of these words means something very different to me.

An unoriginal design simply lacks creativity and many times pulls its idea from an existing bag. When it comes to inspired bags, it’s clear that elements from another design makeup the bag. A knock-off is an unauthorized copy of another item, many times labeled as the original; a knock-off bag is a true fake.

This week I was thinking about the topic of what to label a bag that clearly has been inspired by another bag. Additionally, I want to figure out when a designer takes it too far – what crosses the line from inspiration to copying?

The Céline Luggage Tote became widely popular and its defining design element, the gusseted sides, made their way onto many other designer bags. As consumers began to see the Céline Luggage shape on other bags, many called these new designs copies. But is taking a design element or popular shape and integrating it into your lineup a major no-no?

Take the two bags I used for this article as an example. One bag is the highly coveted Mansur Gavriel Bucket Bag and the other is the Michael Kors Miranda Bucket.

Obviously, both are bucket bags and it is easy to say there isn’t much you can do with a bucket bag. But when I scrolled past the Michael Kors Bucket Bag I was immediately reminded of the Mansur Gavriel. I would call this bag inspired.

I want to hear from you – when is a similar design or design elements crossing the line for you? Are there certain designers that you find to take too much inspiration from others?