Get the scoop on new bags from the collection, right now!
7 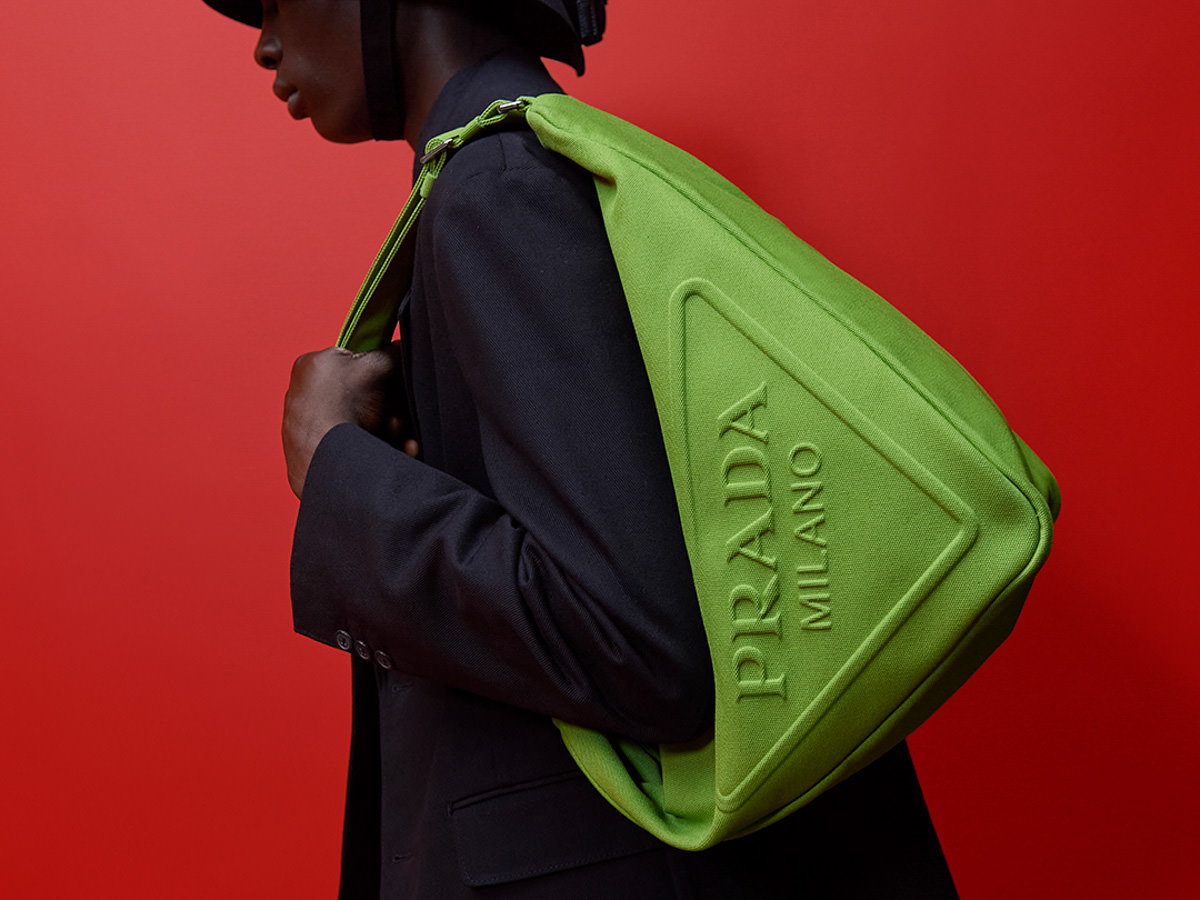 Prada debuted its Spring/Summer 2022 Menswear Collection earlier this week, transporting its audience, who tuned in digitally, into an otherworldly summer escape. The show represented a transition between a tunnel, representing urban space and the sea. It was filmed in Milan at the Fondazione Prada and then transitioned to the beach, where scenes were filmed on the coast of Sardinia. Prada also happens to be supporting efforts to fund the reforestation of marine ecosystems of Posidonia Oceanica meadows in the area of Capo Carbonara, which is located in Sardinia. The beautiful coast made for the perfect backdrop as the collection featured odes to the beach.

The collection as a whole was quintessentially Prada, featuring a slew of ’90s references like the iconic Prada bucket hat, suited jackets, stripes and geometric motifs. An emphasis was placed on the brand’s iconic triangular logo, which appeared emblazoned on accessories and RTW, both as a printed motif as well as more traditionally as a plaque logo. But the most notable, and most interesting, use of the Prada Triangle appeared worn by models over the shoulder, reimagined as a duffle bag. The bag appeared in bright, beach-y hues like blue and green as well as in a striped print, which also appeared on other silhouettes throughout the collection. View more from the collection below. 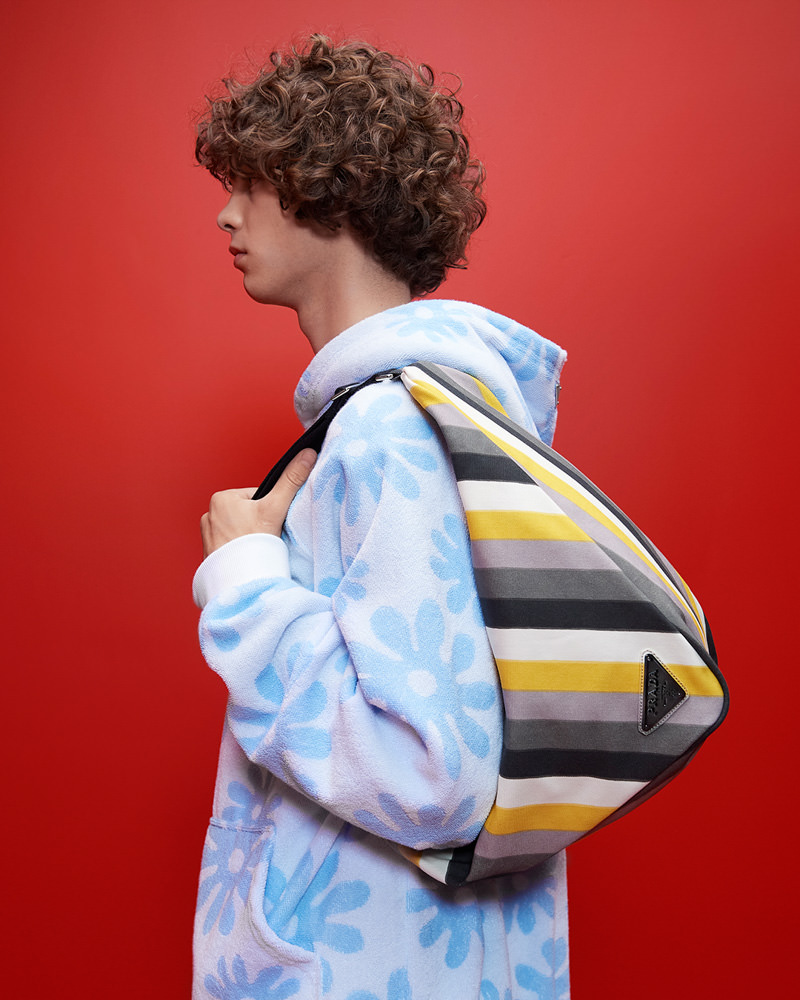 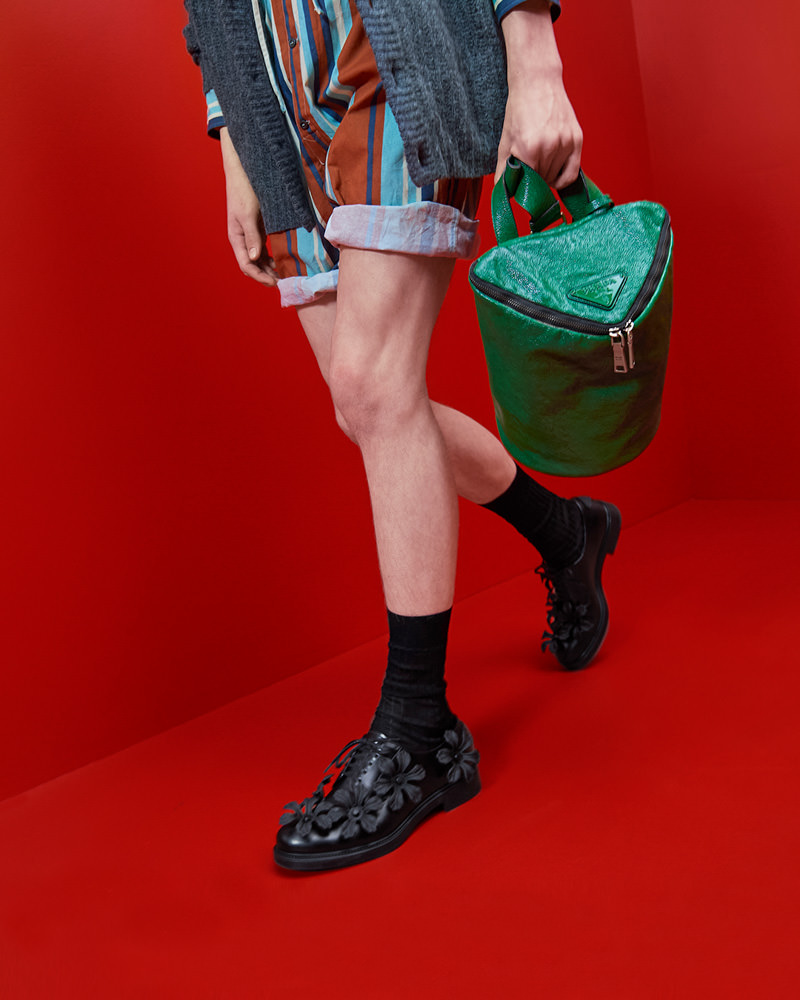 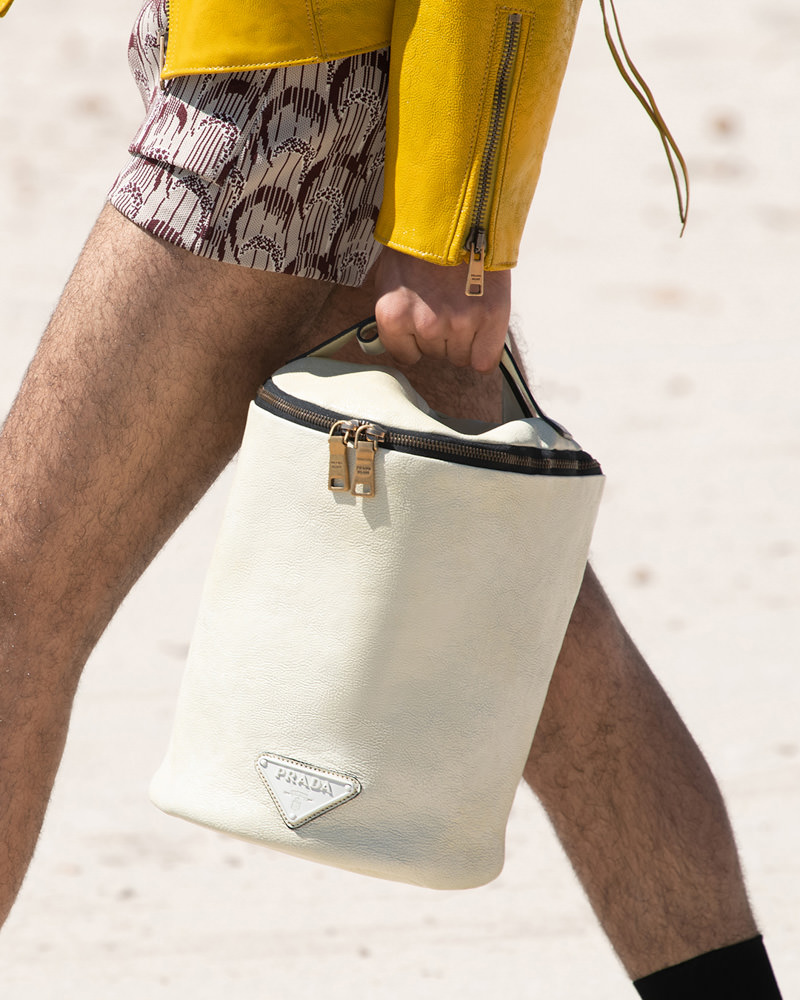 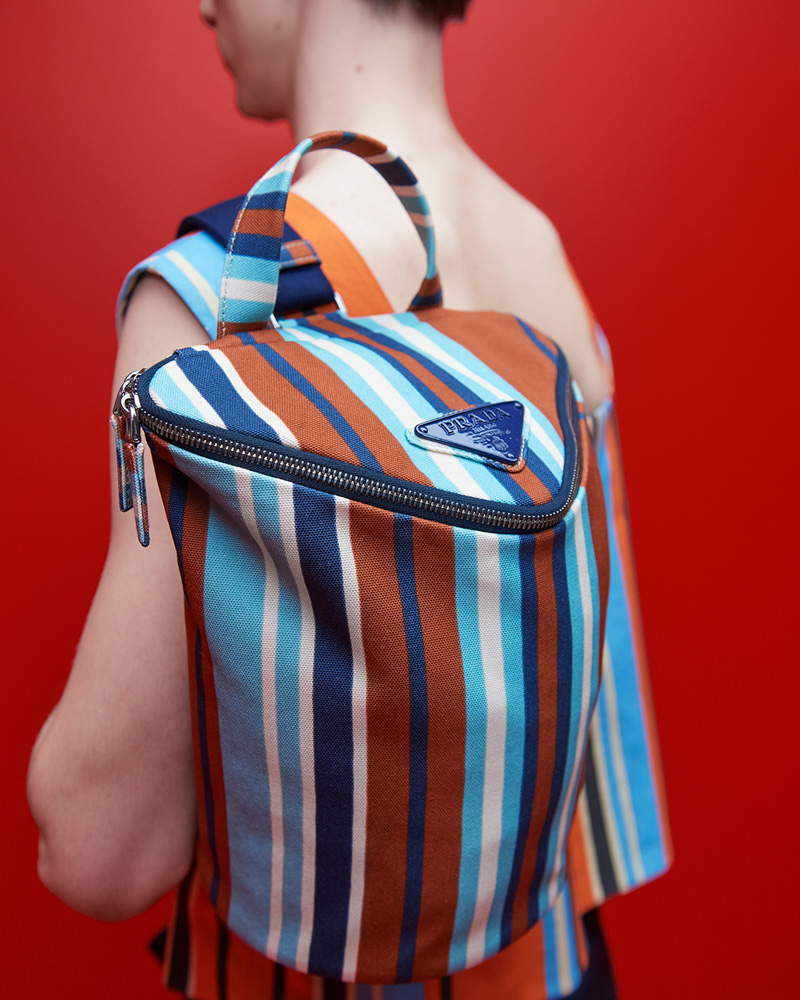 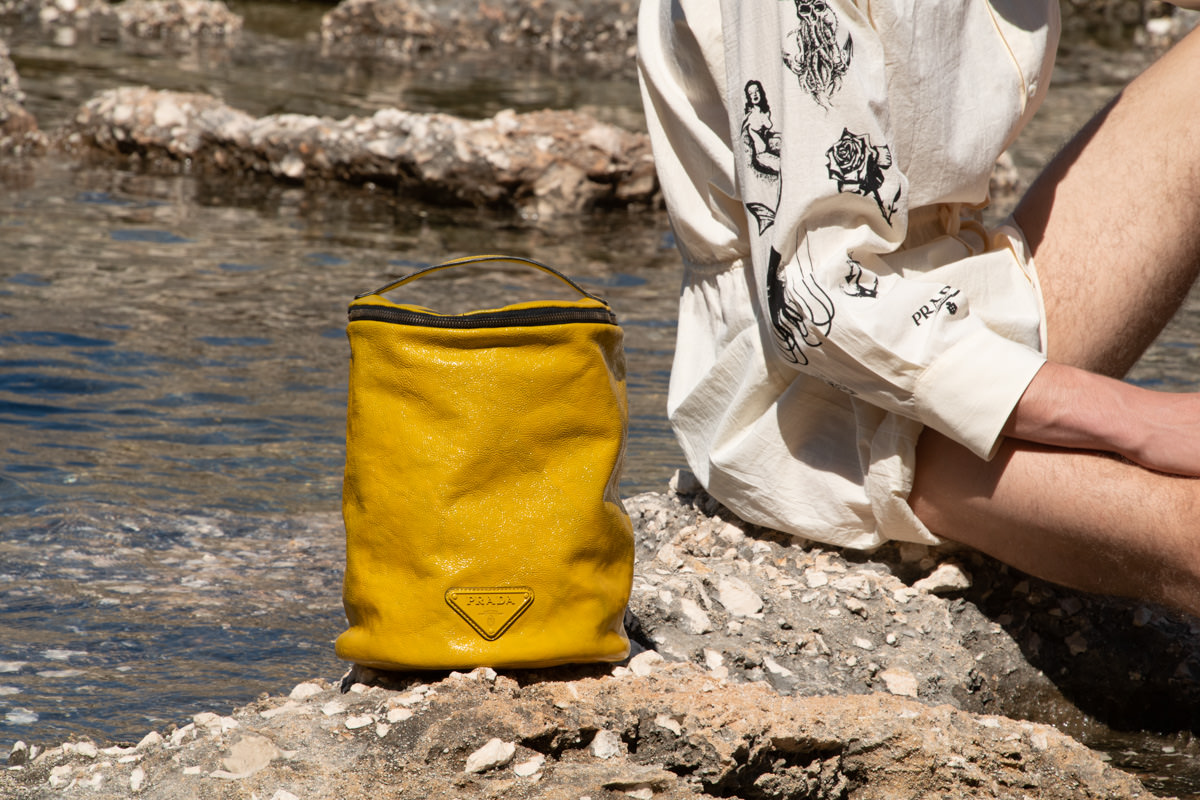 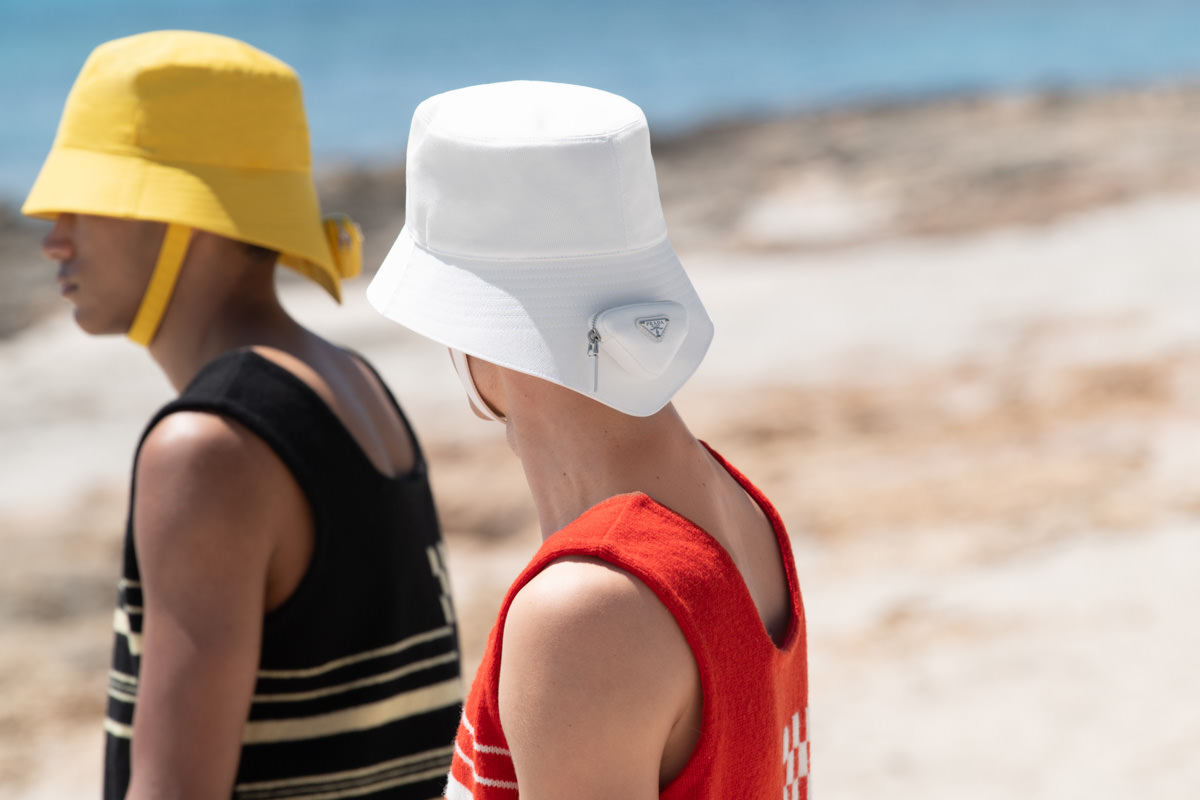 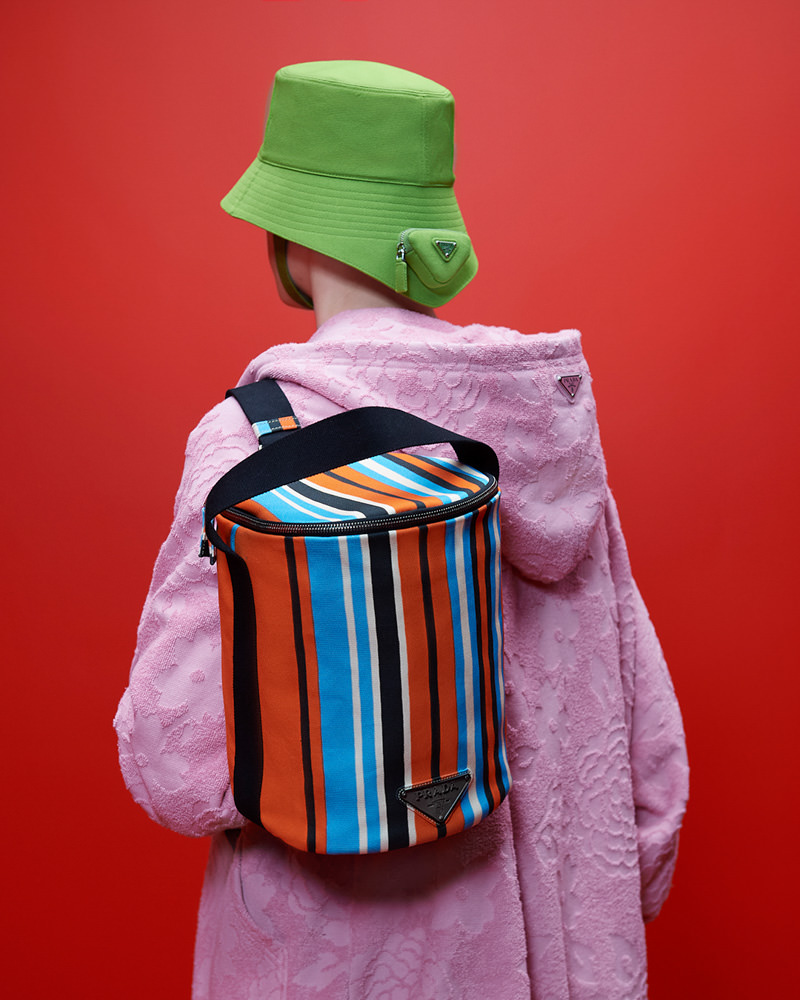 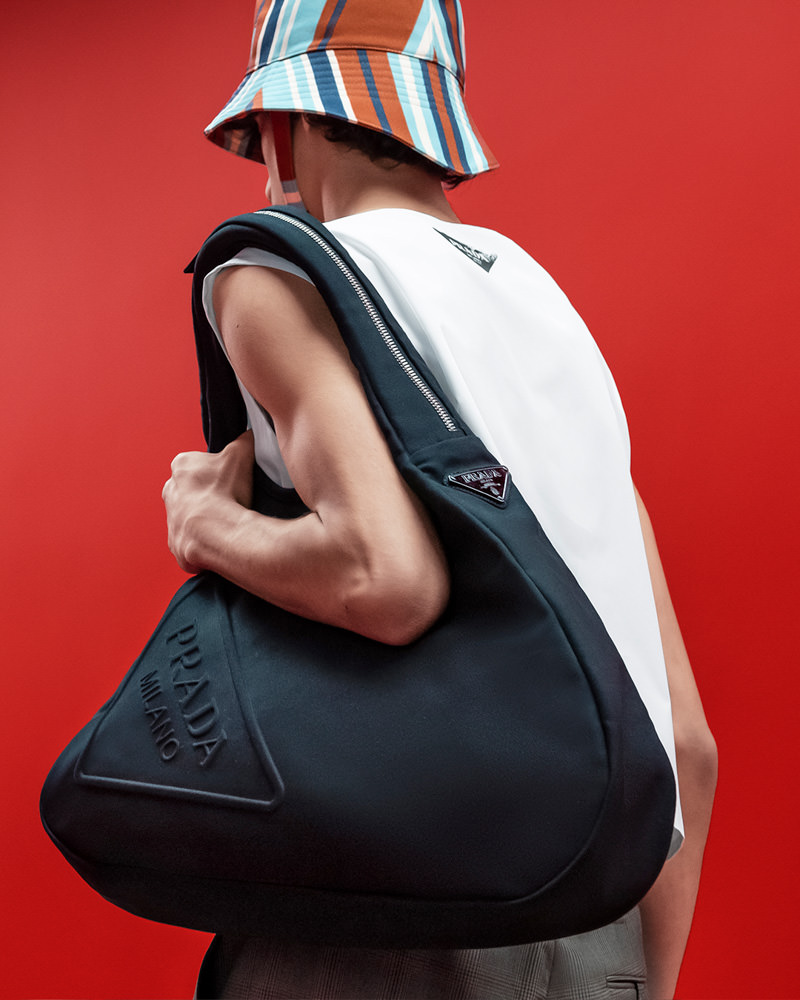 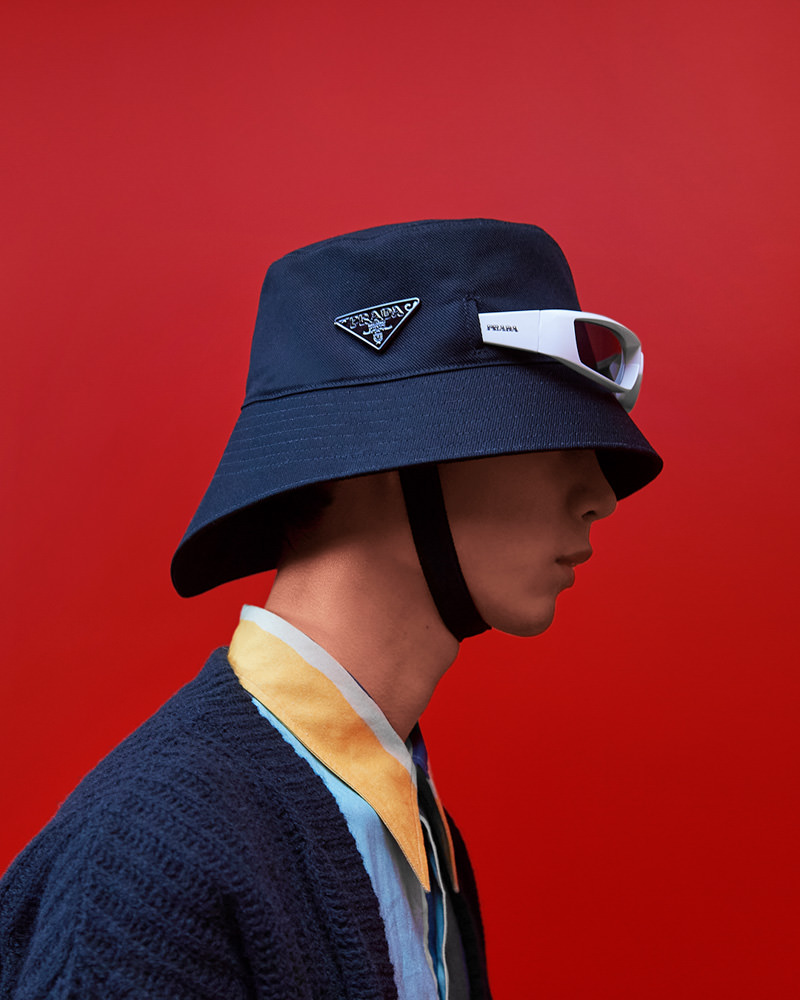 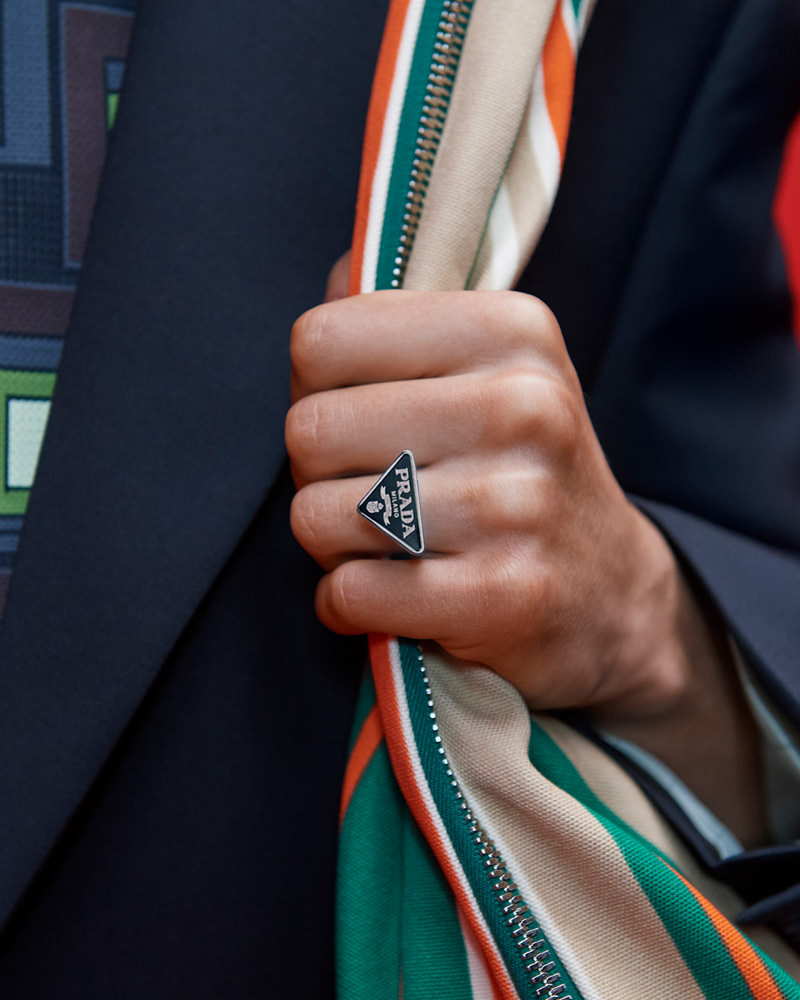