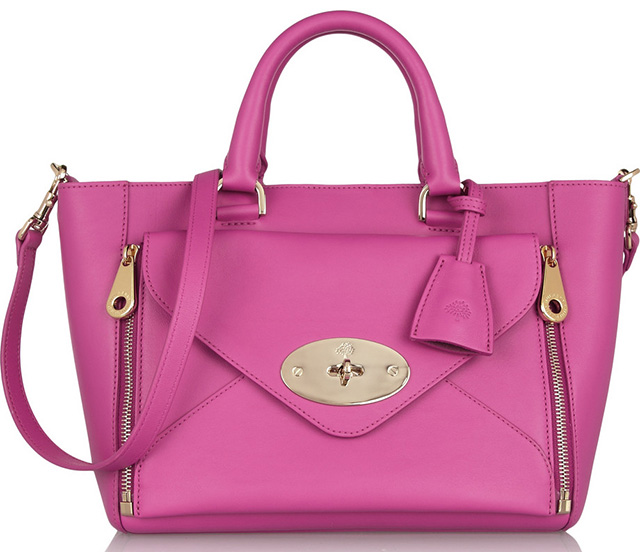 It’s been a turbulent year for handbag favorite Mulberry. First, creative director Emma Hill left at the end of last summer, amid rumors that she and management weren’t exactly getting along. Now, word broke late last week that CEO Bruno Guillon has up and quit, ending his short run with the brand, which Reuters characterized as “turblent.” What happens from here?

Guillon came on board at Mulberry just over two years ago from French powerhouse Hermes, and in that time, news on the brand’s business side hasn’t been particularly positive. During his tenure, the company’s stock went into free fall after a series of profit warnings to investors, dropping from a high of a $2.5 billion valuation to a current level of just under $660 million, according to Reuters. The warnings came as a result of sales slowdowns, and many fans of the brand on our Forum speculate that Mulberry’s price increase strategy under Guillon was a big factor in the falling numbers.

Coming from a premier designer background, Guillon sought to elevate Mulberry from the realm of “contemporary luxury” that it previously occupied, much to the chagrin of many of its longtime fans. “Elevation” meant hefty price increases, and when frictions over that strategy lead to the exit of longtime fan favorite (and Mulberry Alexa creator) Hill, many loyal buyers simply were not willing to play ball any longer – page upon page of buyer frustrations were aired in our Forum’s Mulberry section alone. When you try to move a consumer base that’s used to buying day bags in the $1,200 – $1,700 price range up to a $2,700 day bag in a matter of only a couple of seasons, that kind of trouble is sure to follow without a clear demonstration of increased value, which many felt Mulberry had never provided.

The brand has yet to name a successor to Hill, despite the fact that her exit was announced nearly nine months ago, and other than announcing a high-profile capsule collection with “It” model Cara Delevingne, Mulberry seems to be in creative limbo that has no end in sight. Longtime brand employee Godfrey Davis will act as interim CEO until Guillon’s permanent replacement can be found, and it’s unlikely that a new creative director will be named before that executive is in place.

For now, we can only speculate about what might be ahead for Mulberry, which does an overwhelming majority of its revenue in handbags and leather goods. Emma Hill was beloved by many of its fans, and it seemed like she intuitively understood the brand’s natural position in the market – not fully contemporary, not fully premier, but right in the middle, attracting both boho California girls and fashion-conscious women who needed a smart, appropriate bag to carry to the office. The prices hit that same sweet spot, which is teeming with buyers looking to snap up bags from brands like 3.1 Phillip Lim and Alexander Wang. Guillon’s strategy aimed to move away from those buyers, which appears to have been a mistake. Hopefully whoever is brought on to succeed him will be able to right the ship.

For now, you can shop Mulberry’s current offerings at Net-a-Porter.