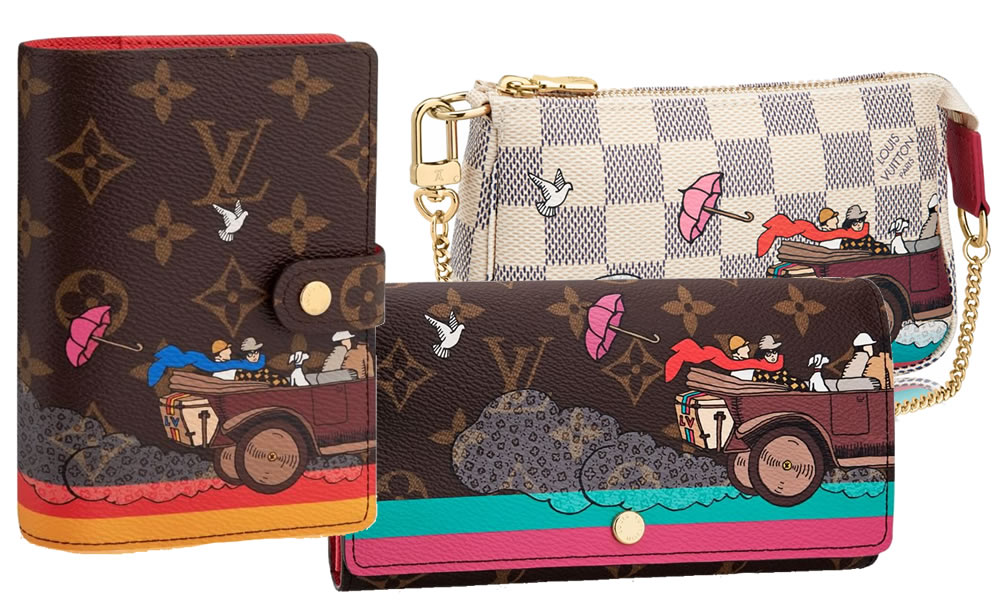 Once September hits, brands begin to prep for the holidays, which means the major shopping season is upon us. It also means Louis Vuitton has released its Christmas Animation, and for 2015, the witty and colorful limited edition line is dubbed the Louis Vuitton Evasion Collection.

The Evasion Collection is inspired by a historical advertisement from 1921 and pays tribute to the brand’s robust travel heritage. Included are a few of Louis Vuitton’s most beloved items, including a Zippy Wallet, Zippy Coin Purse, Sarah Wallet, Small Ring Agenda Cover and Mini Pochette Accessoires.

The print features a car driving off with a Louis Vuitton trunk attached to its rear, a coule being driven, a cute dog and an umbrella flying away. It’s playful and adds whimsy to the already well-known pieces. The design sits atop the Louis Vuitton Monogram Print, as well as Damier Ebene and Damier Azur. Prices range from $365-$905. Contact Louis Vuitton to inquire, and if you’d like to read more about it, there is an interesting thread on this line on the PurseForum. 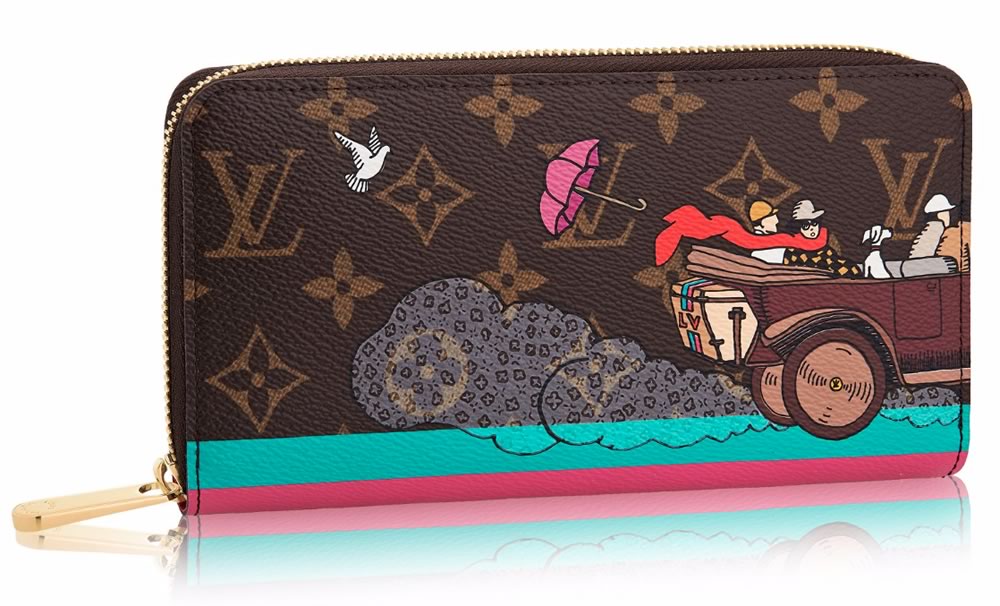 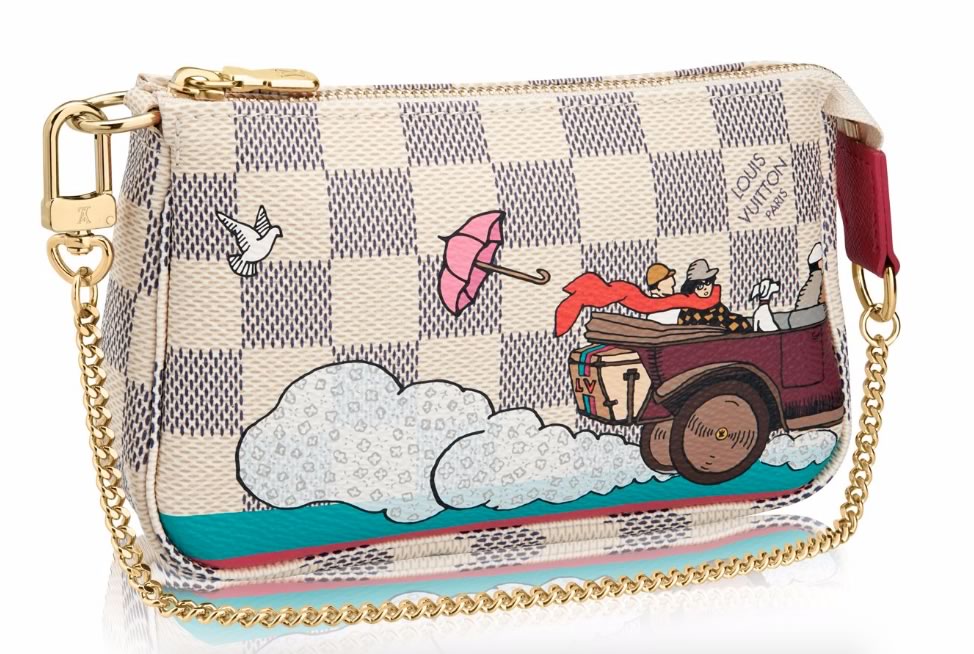 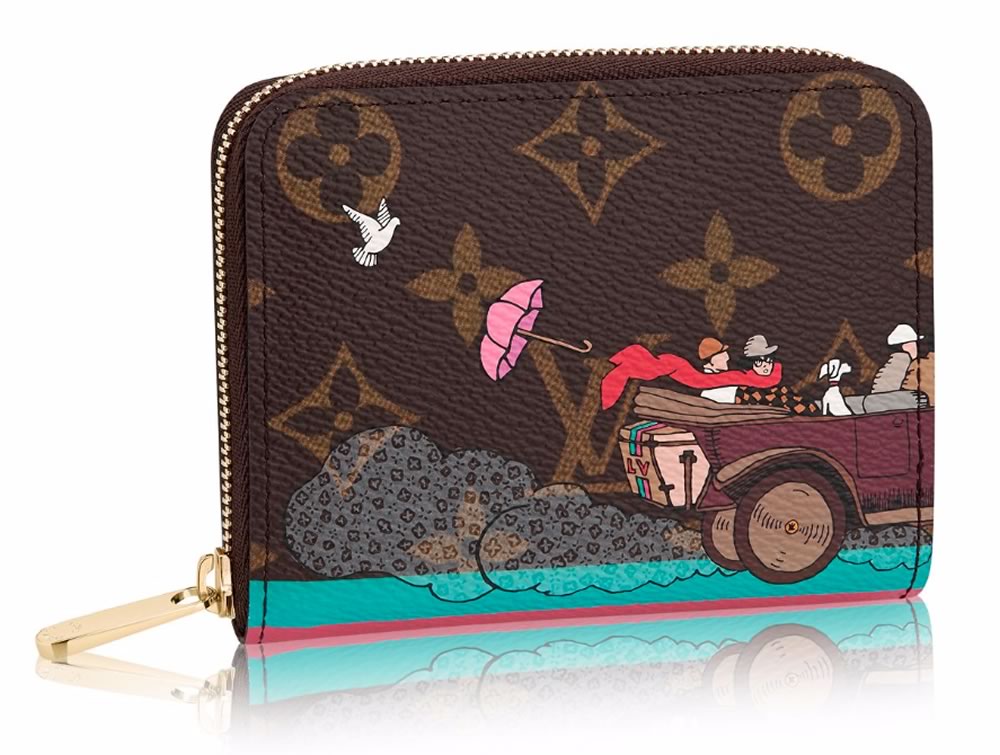 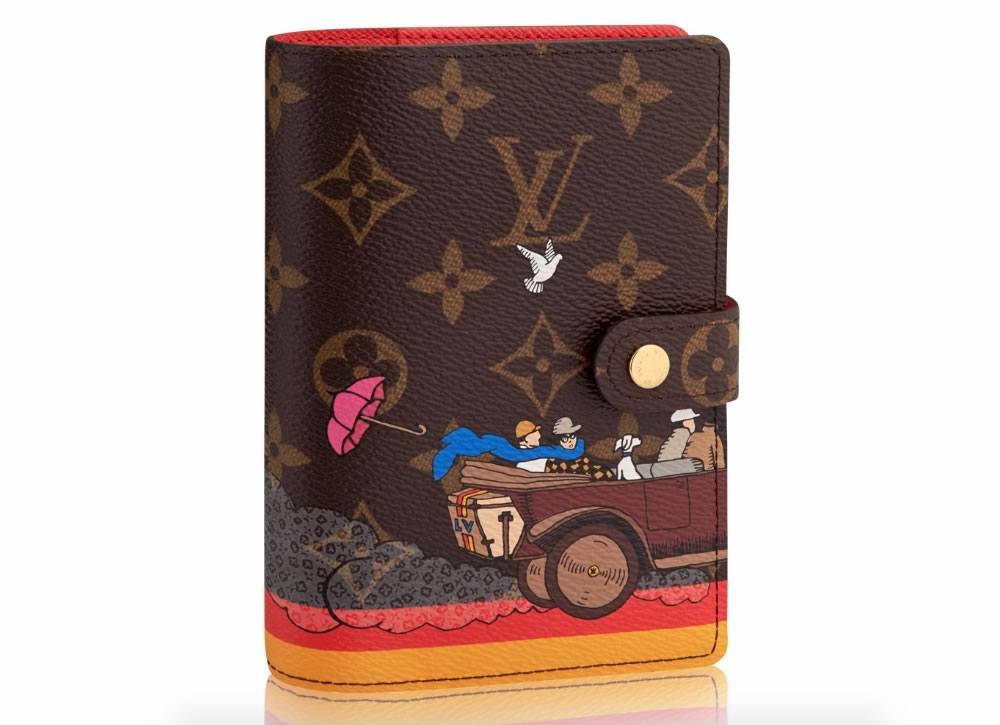 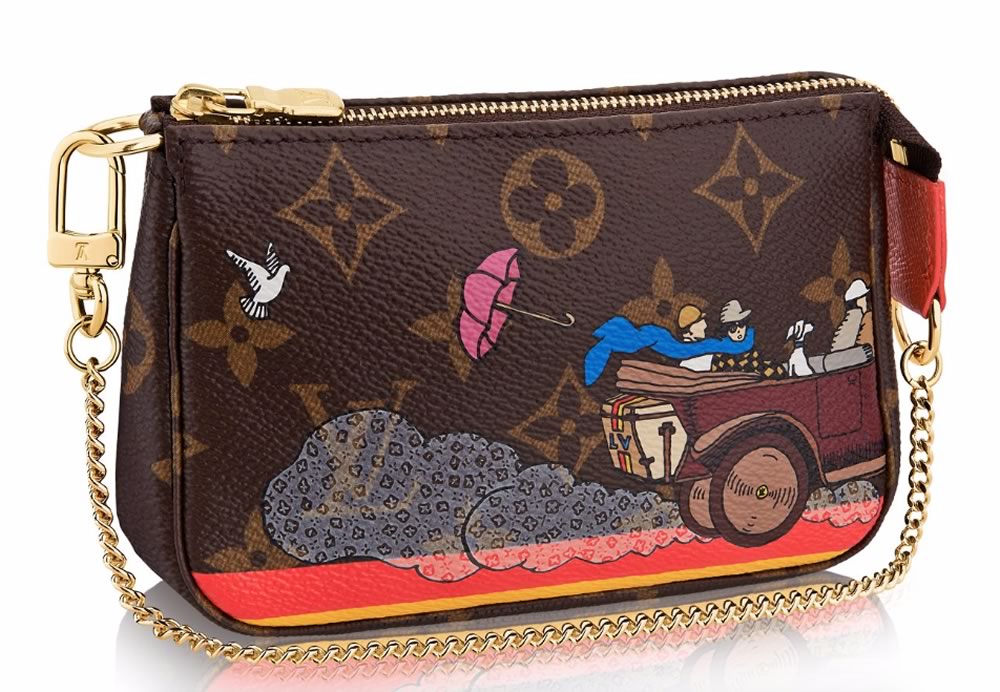 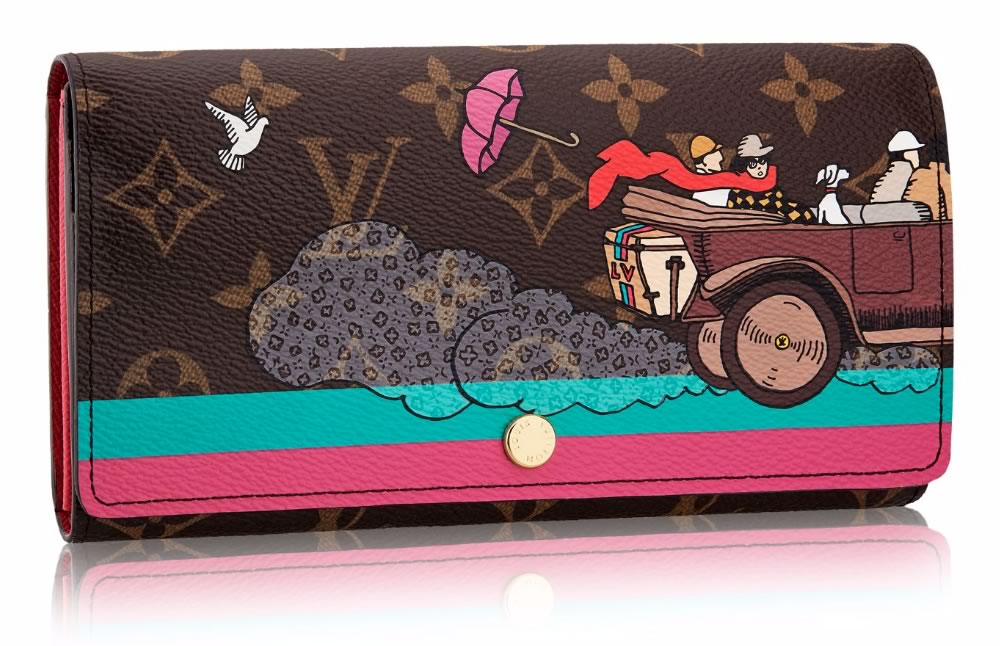 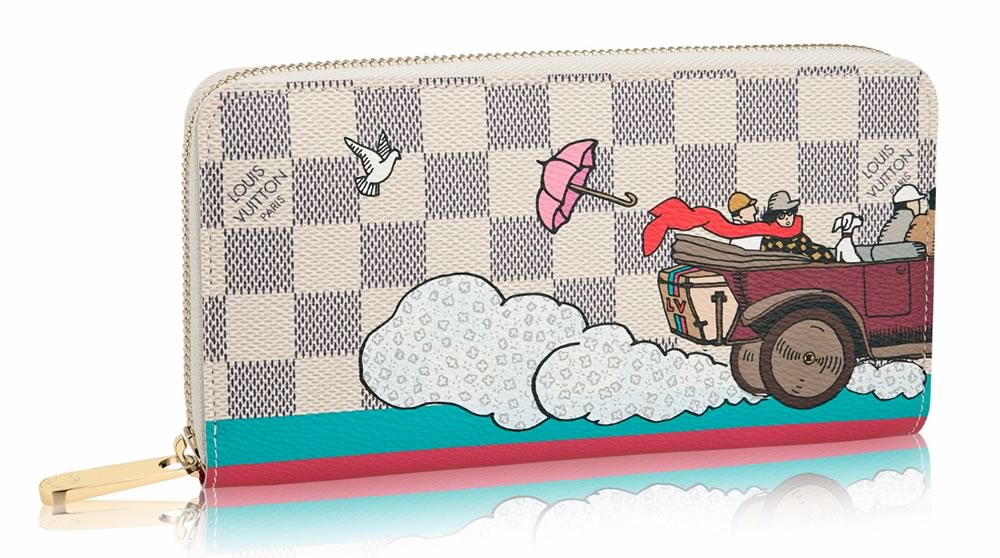 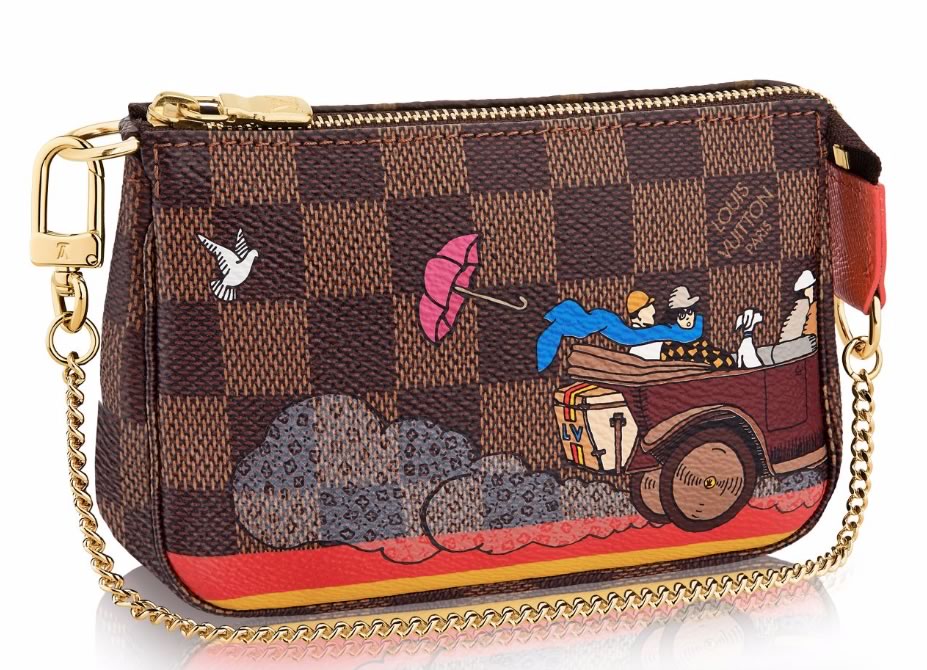 Awww! These are actually really pretty.

I see LV stepping up their game. And it looks like quirky prints are also making a move in the handbag industry.

This is the first Ghesquiere collection I actually like! Very pleasantly surprised!!!!

Let me show& you real ways to get paid some money on weekly basis by completing basic tasks on-line from comfort of your home for 3-4 hrs a day ~ Check >MY!___@+__ID| to see more information

Allow me to show you a!excellent ways to earn a lot of extra money by finishing basic tasks from your house for few short hours a day — See more info by visiting >MY___|DISQUS|___ID|

Ok. I came on here to say STOP cutesifying every purse in existence.

But these actually ARE cute and I want one!!!

On a Neverfull? that’s a great idea!

These are beautiful and very cute illustrations. Pity that they decided to use predominantly the traditional LV pattern.

Wow I love all of them, really nice!

This collection is too cute! I love the damier wallet.

I love the wallets. I WILL own one very soon!