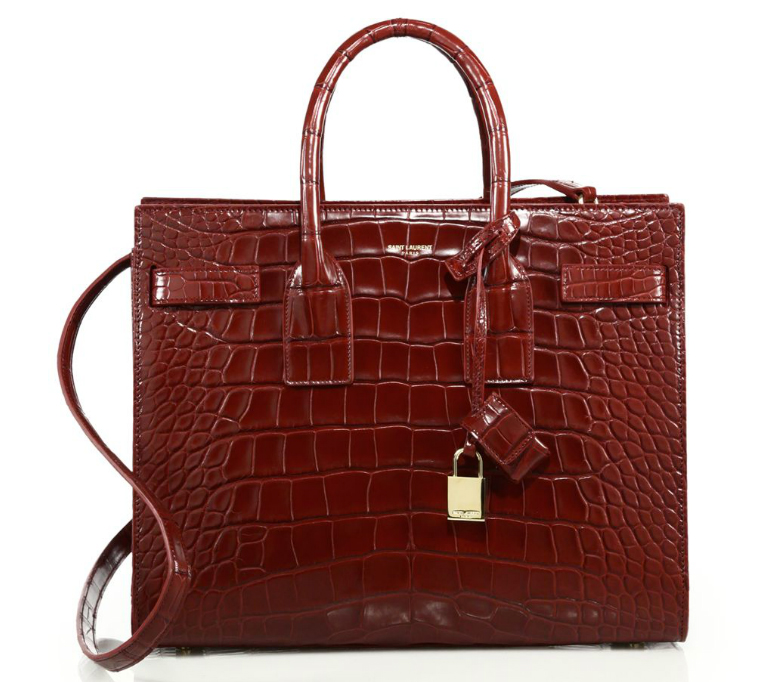 No matter how long I cover the accessories industry, it never fails to mystify me what it's possible to buy with a couple mouse clicks after a few too many glasses of wine. Every season, we survey the most expensive new women's bags on offer in order to look for trends at the top tier of the market, and that's just what we've done today.

This year, we found more uses of multiple exotic leathers on single designs than ever before, which makes sense--when every brand makes its most popular bag in an ultra-luxe crocodile version, what's the next way that a designer seeks to distinguish his creations? There also seems to be something of a price ceiling for what third-party retailers are willing to carry; since we've been keeping track, those retailers have generally shied away from going over $40,000, and some of the market staples have held steady prices for years. (The Givenchy Antigona, for example, has been $35,900 in crocodile since at least 2014.)

There were also some notable contenders we had to leave out; Louis Vuitton will allow you to view full details for many of its exotics online, but you have to call or go to a boutique to actually purchase them, so they fell outside our bounds. We also avoided the resale market, where prices for sought-after bags (and Birkins especially) can soar--that tells us less about current trends in the market and more about how crazy people go for Hermès.

With that in mind, take a look at the ten we found below.

Not only was this bag the most expensive one we found for immediate purchase, but it earned the title by nearly ten grand. 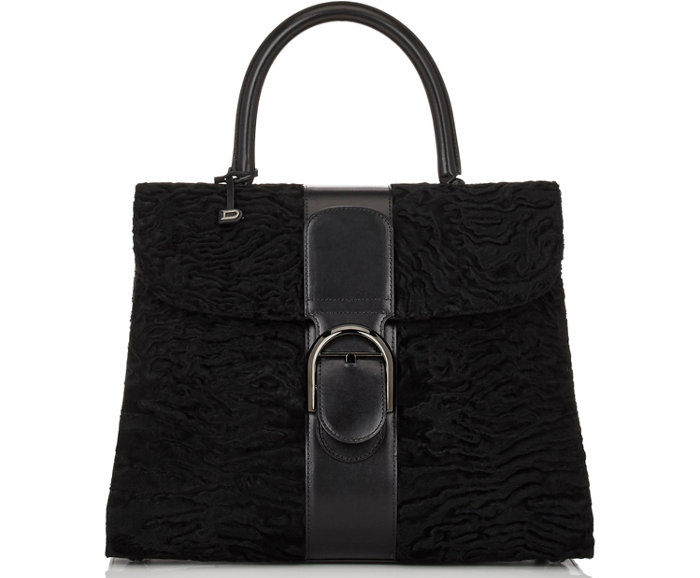 Very few bag brands rise to the five-figure price point in plain leather other than Hermès, and usually, those Hermès bags are the sort that have to be purchased in-store instead of among the limited stock on the brand's website. The large size of his Delvaux piece, along with its intricate weave, were enough to land it among that extremely rare company. 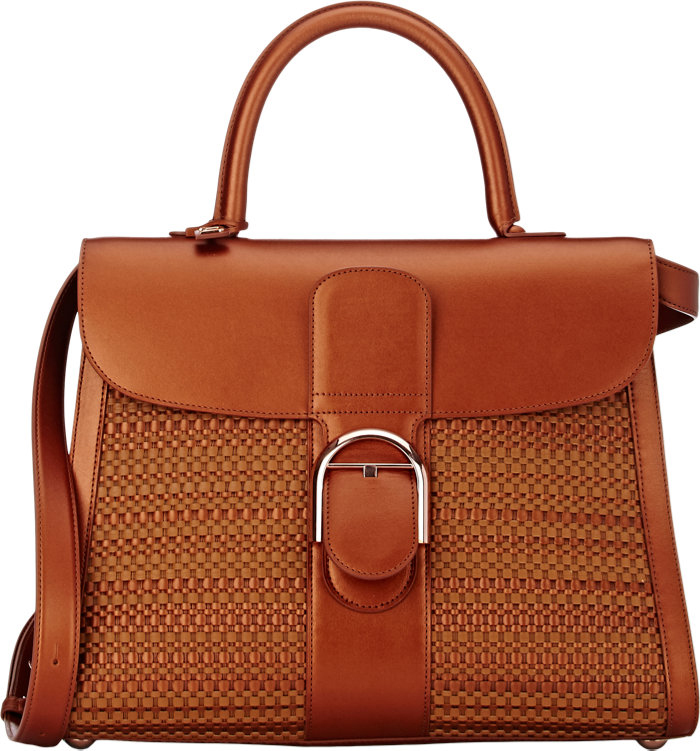 I don't think this bag is new for spring, but it beats out its competition so heartily that we couldn't leave it out. After all, what's exotic leather when precious metals are involved? 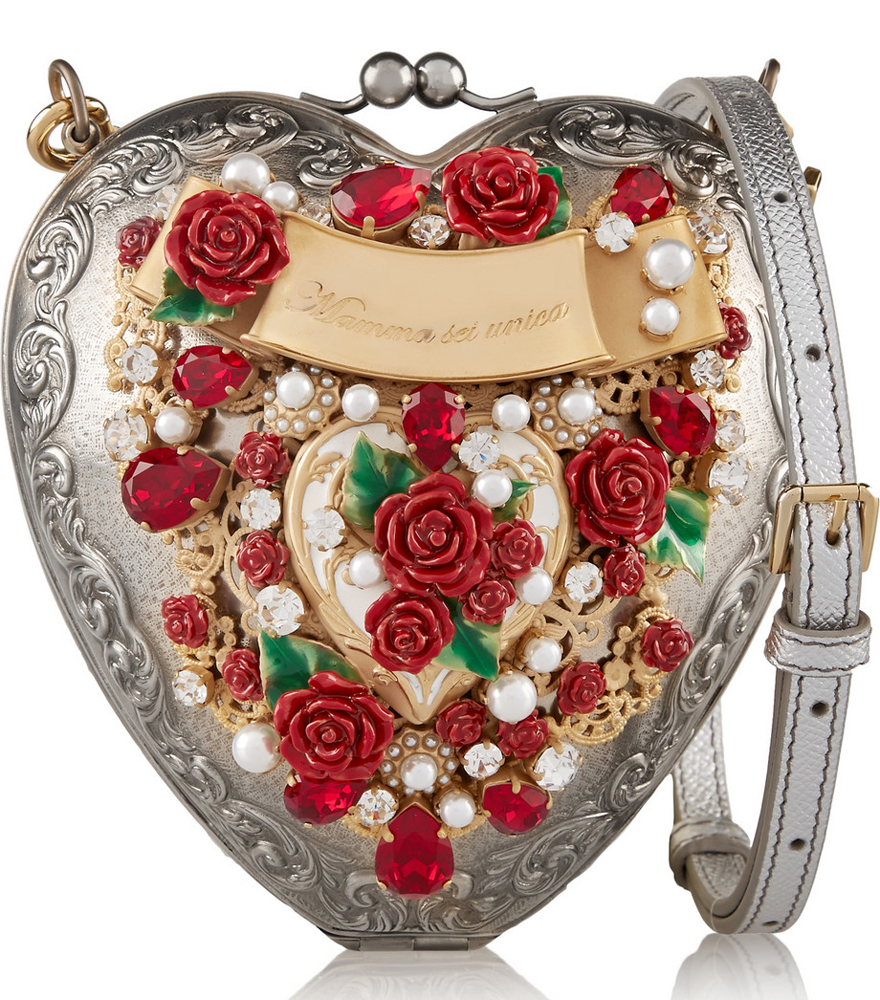 Fendi's Peekaboos are almost always the brand's most expensive handbags, and this one's size and intricate patchwork construction make it a standout in a material category that can vary widely. 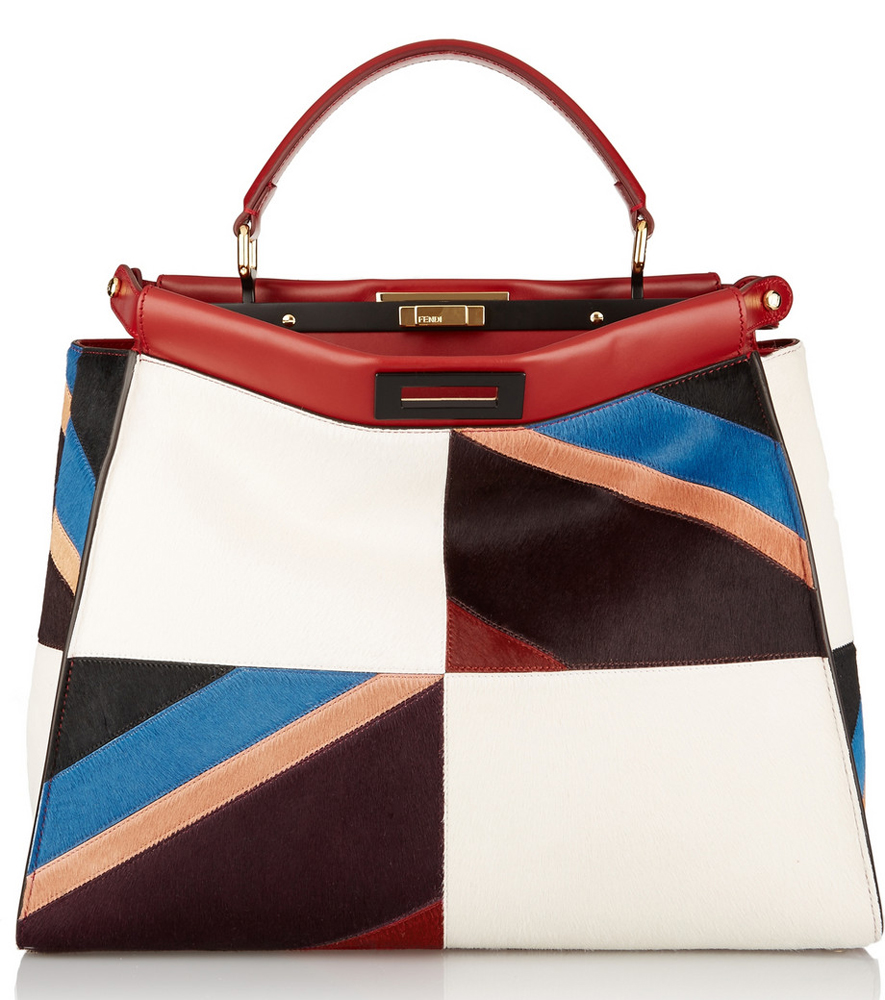 Python bags vary widely in price; it's the luxe trim that puts this one at the top of the list. 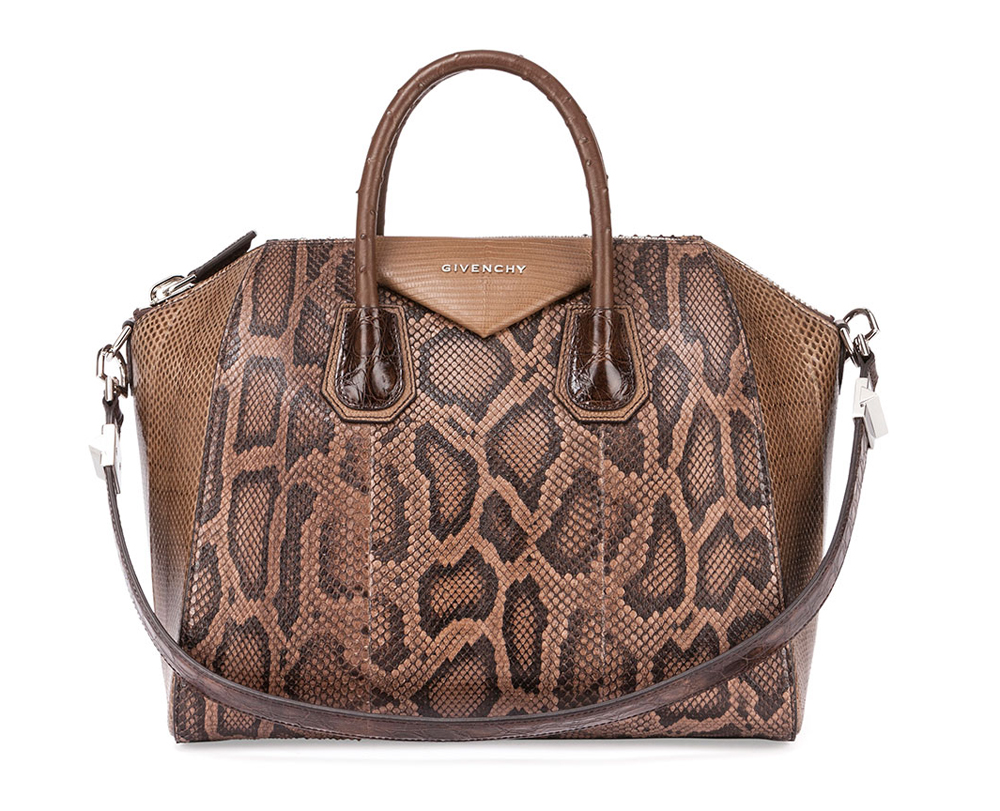 It will likely come as a shock to no one that the most expensive bag we found for sale (by a wide margin) is from Hermès. The brand has made very tentative steps in offering select exotics online, and this bicolor clutch is easily the most expensive. 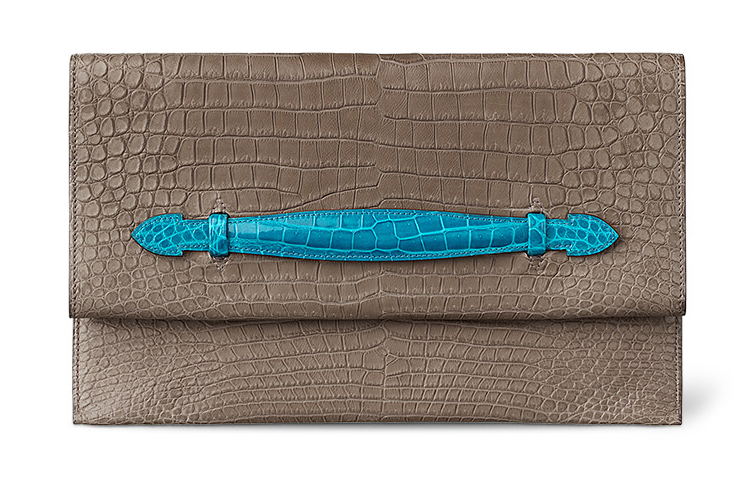 Not only is this bag notable because it uses alligator instead of the more widespread crocodile, but the first time I've seen one of Saint Laurent's top-tier exotics available for purchase online in the US.

Ostrich isn't used all that widely at the moment, but the mix of exotic and fur makes this one the most expensive of the handful we spotted. 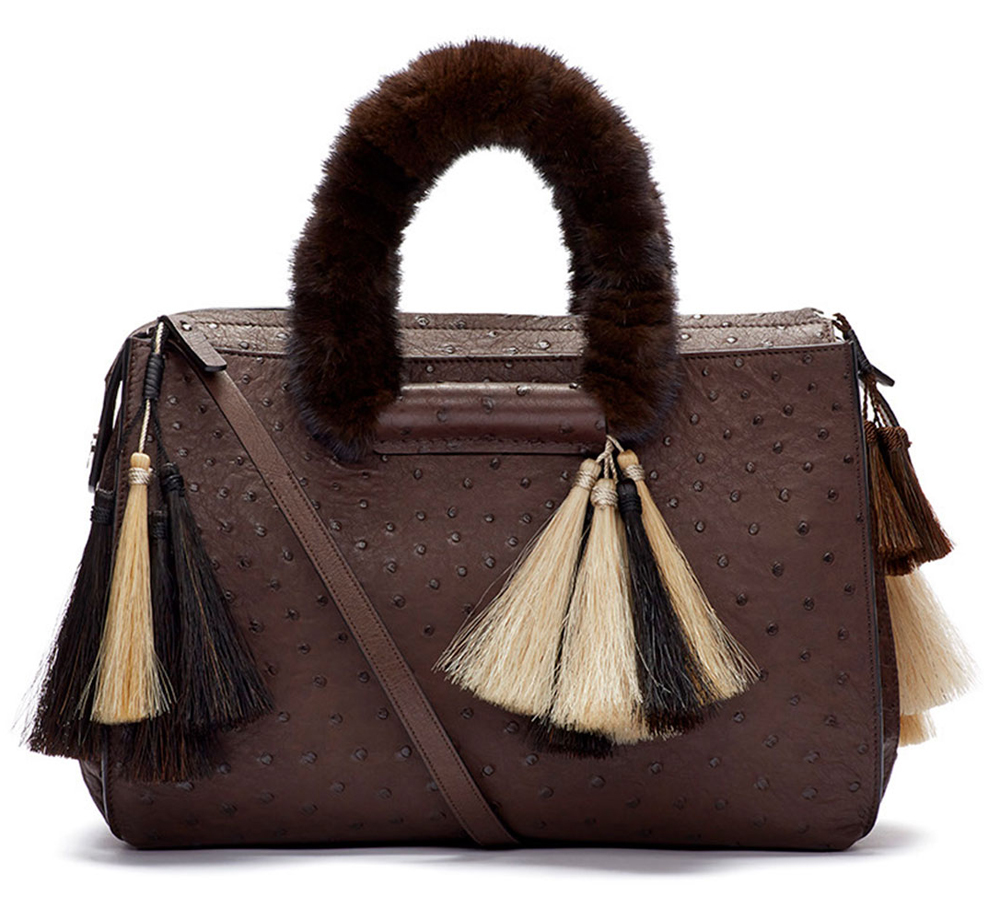 Since Hermès tends to throw off the curve when it comes to price, it felt only reasonable to see what was lurking below it. This season, it's two crocodile bags from the row, including this shoulder bag option. How casual. 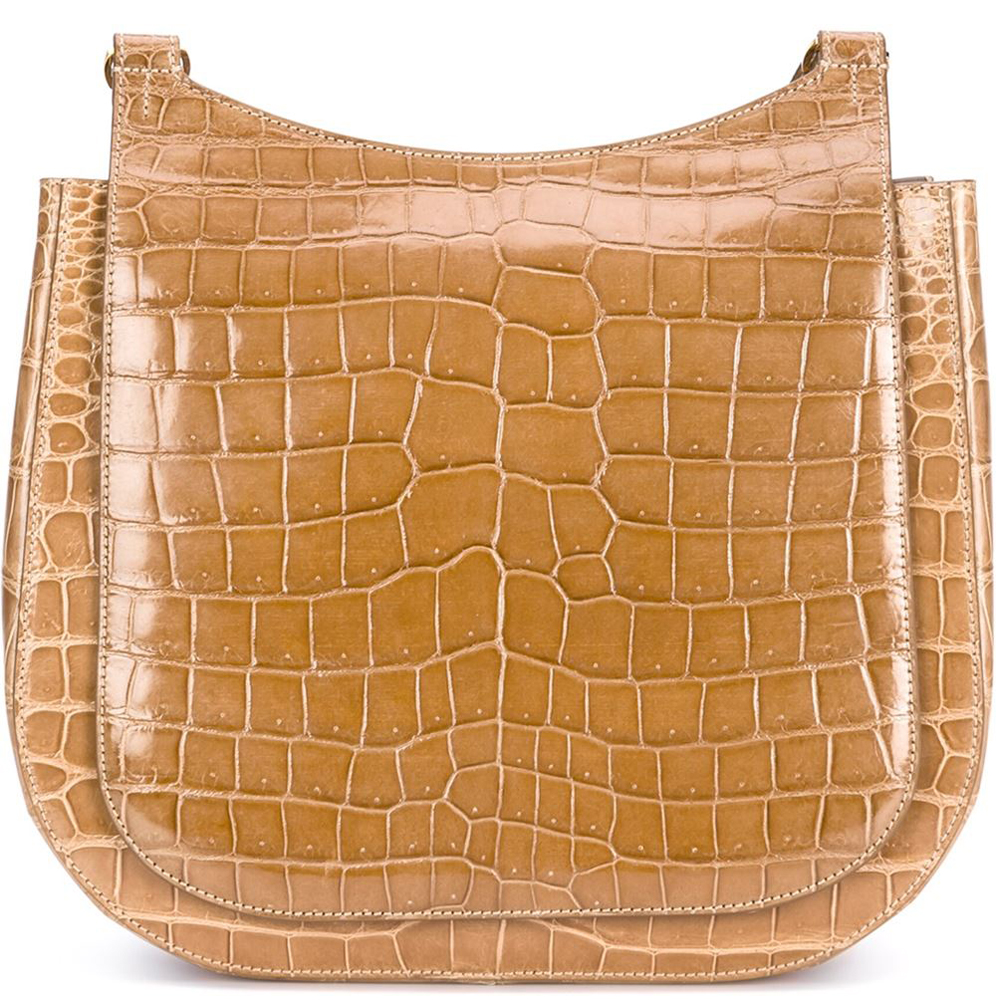 For a more formal look, there's also a top handle. Or a midsize car. 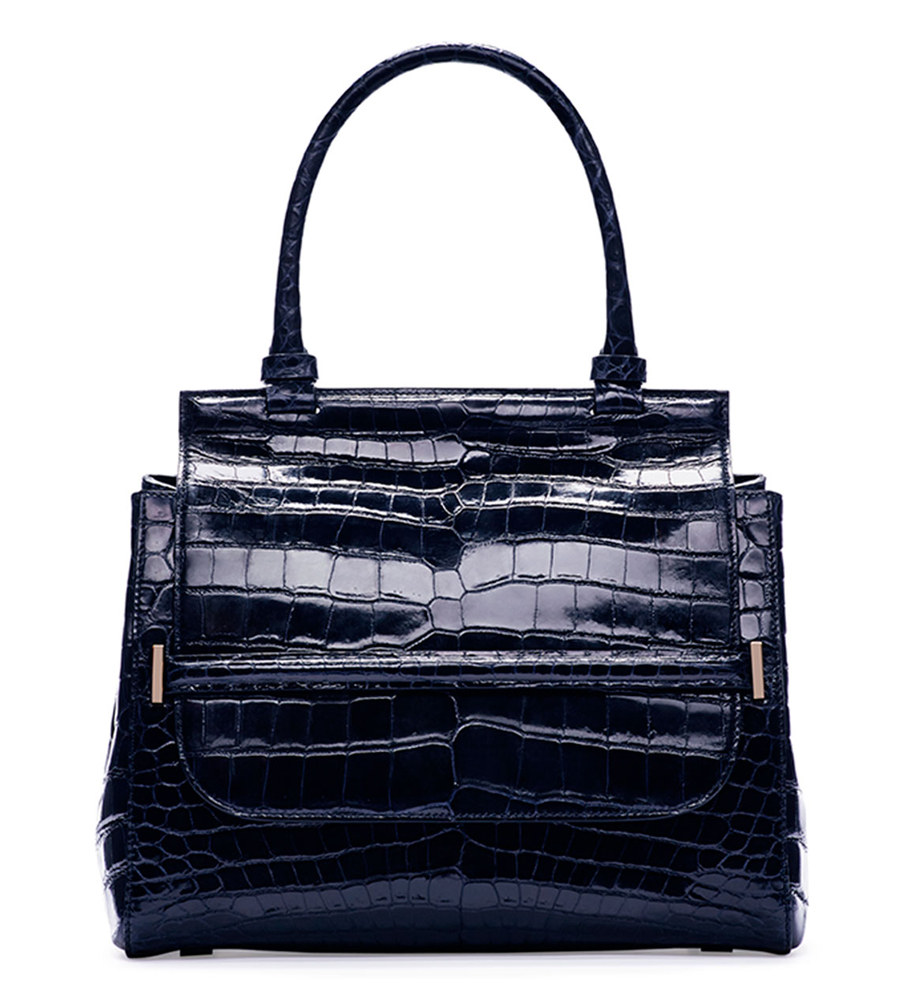