Which Came First, the Hermès Bolide Bag or the Louis Vuitton Alma Bag? 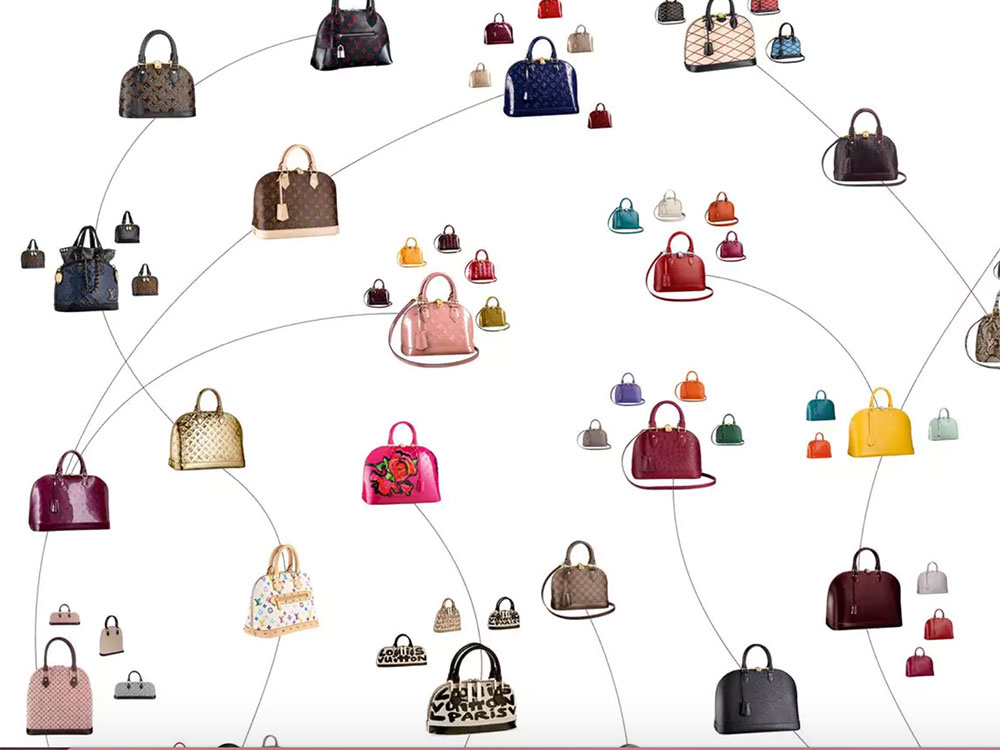 If fashion lovers love anything as much as they love clothes and accessories, it’s fighting about which maker of clothes and accessories ripped off which other maker of clothes and accessories. Look no further than super-popular Instagram account Diet Prada, which anonymously but thoroughly catalogs any perceived ripoffs, missteps or faux pas on the part of designers. When inter-brand beef is historical, though, modern shoppers can sometimes lose the plot on what, if anything, came first. Such is the case with the Hermès Bolide and Louis Vuitton Alma Bags, as we were reminded in a recent comment thread. (We really do read what you guys leave for us!)

You can review the conversation on the original post about how much I want to have $5,000 to spend on a dumb little bag, but the gist of it was something that comes up frequently whenever the Bolide or Alma are mentioned around here: someone claimed the Bolide was essentially worthless because it was a ripoff of the Alma anyway, and then someone else came along to correct that person because it was actually the other way around, and then some other people jumped in with some more nuanced ideas and information and reminded us that nothing in the creative universe is ever really that simple. Since the topic seemed to generate a lot of interest, we did some research. Here’s the full story.

According to legend, the first time Louis Vuitton produced a handbag of this shape was in 1925, on special order for Coco Chanel.

Of the two designs, the Hermès Bolide had the earlier debut date. It debuted in 1923 as Hermès’s first-ever zippered bag, commissioned by carmaker Ettore Bugatti upon the launch of his new model, the Torpedo; the bag originally had the same name as the car. The design was modified a bit over the years, including the addition of a canvas lining to make it lighter and more user-friendly, and the bag we know now was christened the Bolide in 1994.

As for the history of the Alma, things are a little more muddled. According to legend (although not included in the bag’s official history on the brand’s website), the first time Louis Vuitton produced a handbag of this shape was in 1925, on special order for Coco Chanel. Previous to that, Louis Vuitton had made luggage in a similar domed shape, on which the special order bag was based. In 1934, a similar domed bag went into regular production for the brand as a handbag in a modified structure, called the Squire. LV’s official history is not clear on whether the Squire was manufactured continuously until it was refined into the Champs-Elysee bag in 1955, so there may have been a gap before the shape was reintroduced. For the Alma moniker, Louis Vuitton dates that to 1992, which is when the bag debuted in monogram canvas.

So, as you can see, the bags both have circuitous, multi-phase histories involving commissions from third parties, multiple design changes and a handful of names. The bag now known as the Bolide technically debuted first, but to call either bag a ripoff of the other would be an oversimplification to the point of fictionalization. And as commenter M Green pointed out in the original thread, neither bag was terribly original to begin with: domed luggage from a variety of manufacturers was popular before either one became a handbag, and the name of whomever was the first to make that has now been lost to history. And ultimately, who cares? It’s a good, simple bag shape made well by multiple brands for generations, and owning whichever one was technically first doesn’t make your outfit any cuter.