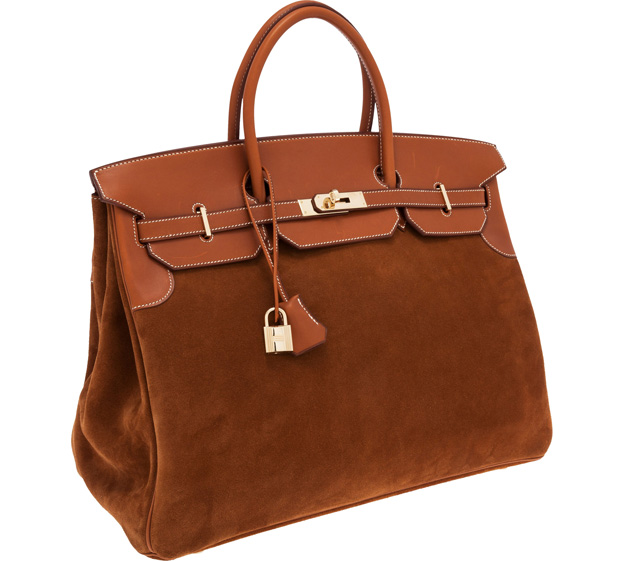 As much as people like to joke about her, Kim Kardashian ain’t no fool when it comes to fashion, and handbags in particular. Before she was famous for being famous, Kim was an LA stylist and boutique owner who frequently sold things from her own closet on eBay. Just because Kimmy’s now an internationally famous megastar who’s about to birth Kanye West’s child doesn’t mean that those wise resale instincts have gone by the wayside; Heritage Luxury Auctions’ upcoming Handbags and Luxury Accessories Signature Auction will include two bags from Kardashian’s ever-growing Hermes collection.

The auction, which we be held in New York on April 28, will include Kim’s Hermes Grizzly Birkin, which is 40 centimeters wide and appears to be the larger version of the Grizzly Birkin we spotted Kim carrying last week. Her Hermes Kelly Relax, which is a slouchy, 50-centimeter shoulder bag version of the traditional Kelly in orange leather, will also be up for sale. Both bags are limited edition; the Birkin will have an opening bid of $10,000, the Kelly, $7,500. Considering how Kim’s wardrobe has gone in a dark, somewhat minimal direction since she hooked up with Kanye, it’s not all that surprising that she’s sending these two particular bags to new owners.

If you’d like to bid on these these bags in person (in addition to the other insanely lust-worthy bags in this auction, which includes a bevy of exotic Birkins, among others), the auction will take place on April 28 at the Fletcher-Sinclair Mansion on New York’s Upper East Side. For those of you interested in bidding in advance online or viewing the rest of the auction’s offerings, visit HA.com. 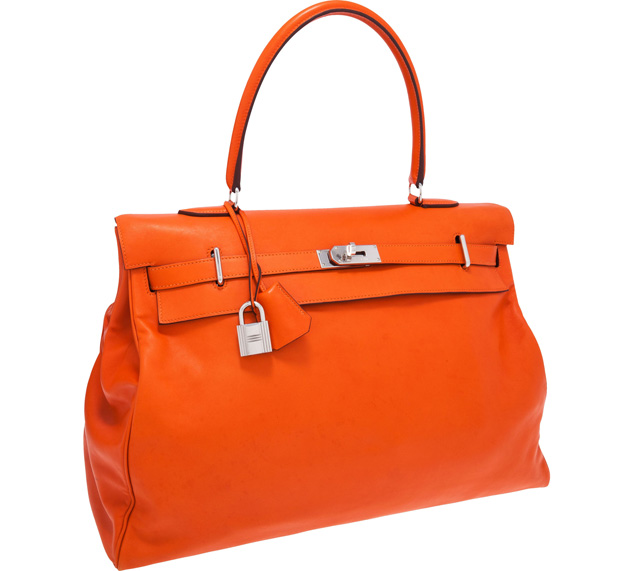