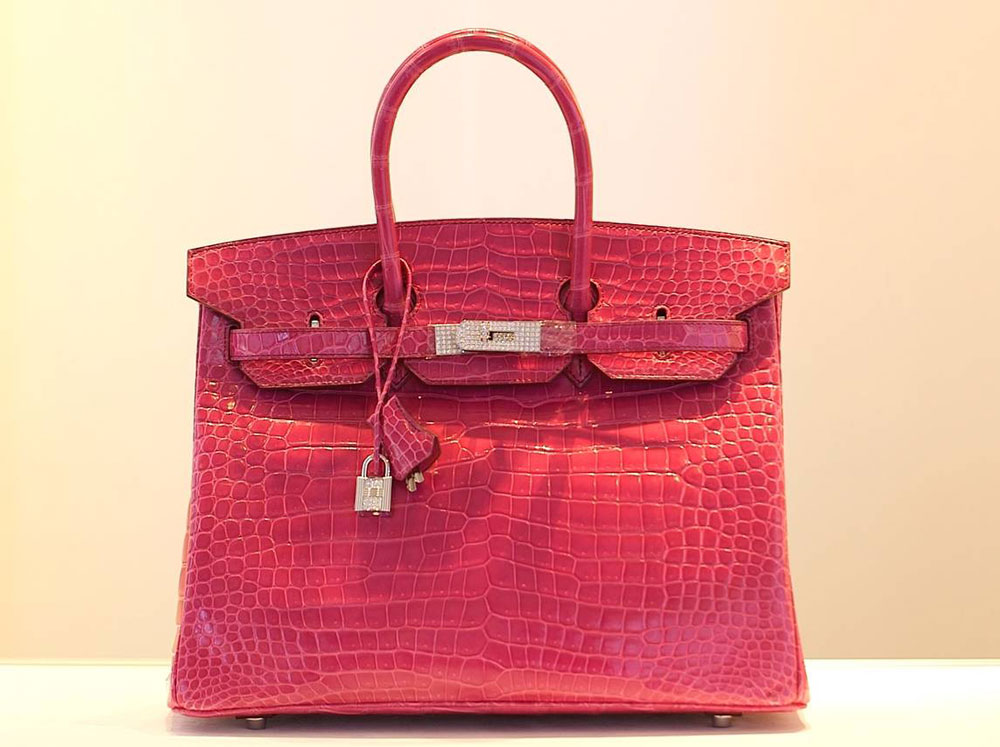 A maximum price that collectors are willing to pay for a rare Hermès Birkin surely exists, but based on a Christie’s auction in Hong Kong on Monday, we have yet to find it. One bidder is now the proud owner of the pink crocodile Birkin you see above, to the tune of $221,844.

According to the Wall Street Journal, Christie’s did not reveal the identity of the bag’s new owner, who bid via phone, although the auction house did say that the majority of the auction’s bidders were private Asian collectors. The sale included 366 lots that sold for a total of nearly $6 million, which easily beat the auction’s estimate of $3.25 million. The ever-increasing amount collectors are willing to pay for bags is surprising even to those who make a business of selling them.

The bag is made of Porosus crocodile, with diamonds set into its gold hardware. The previous auction record for a handbag was $218,500 for an evening bag owned by Elizabeth Taylor, also at a Christie’s auction, according to Business of Fashion. The previous record for an Hermès bag was over $203,000 for a similar Birkin in red from Heritage Auctions in 2011.

A price ceiling for these bags exists somewhere, but as the Asian market continues to grow, it’s unlikely that we’ve found it quite yet.

huge breakthrough Get this for FREE http://supershape.com/health..

What is up with flooding the comments? Not cool!

The more expensive the Birkin, the more fake it looks

I love this one. http://www.mosmoda.com/Birkin-35-cm-Bordeaux-Porosus-Crocodile-Leather-GHW_79987.html