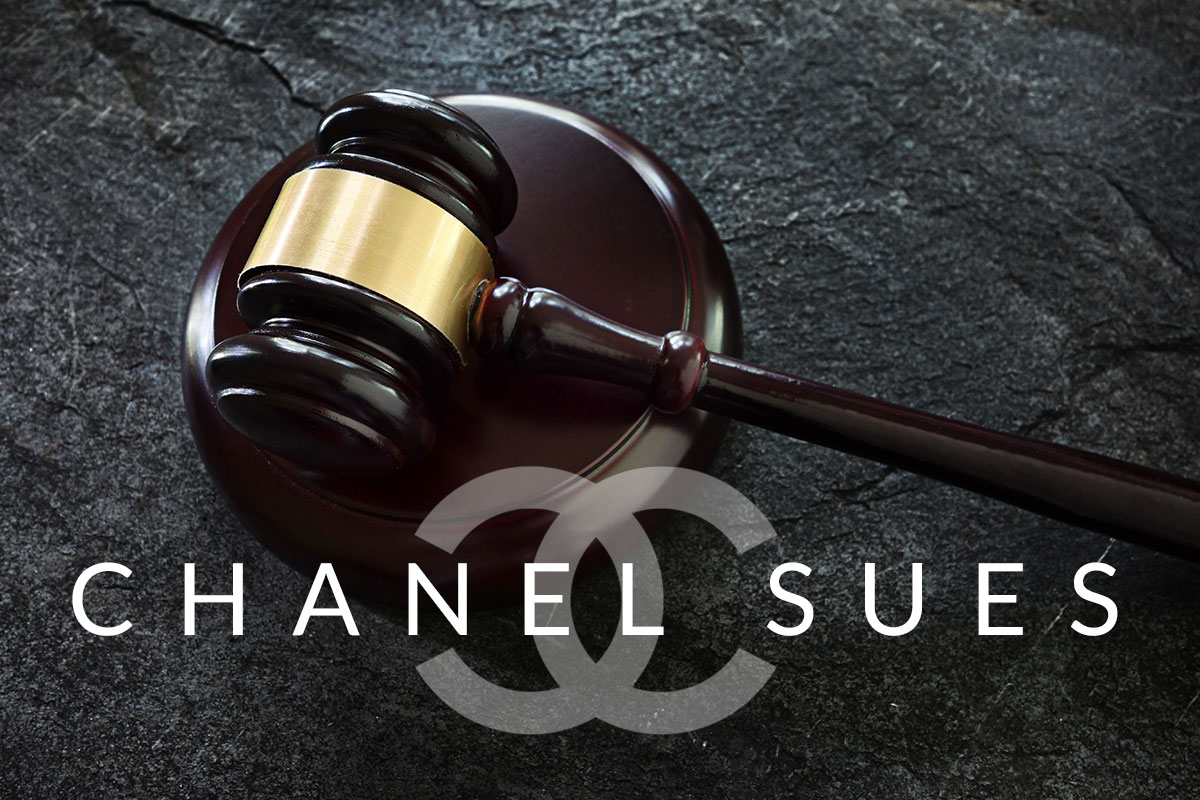 You’ve probably heard of What Goes Around Comes Around, or WGACA. The New York-based retailer of pre-owned and vintage designer pieces sells its wares not only in its own stores and on its website, but also at popular third-party retailers like Shopbop and farfetch.com, which generally traffic in brand new high-end merchandise. Like many retailers of pre-owned designer fashion, WGACA emphasizes heavily its inventory of a handful of big-named brands that have the most universal interest among consumers who may not otherwise think of themselves as vintage connoisseurs. Among them is Chanel, which is apparently not on board with that plan; last week, the brand filed a lawsuit against WGACA alleging, among other thing, the sale of counterfeit bags and the improper use of Chanel’s trademarks.

The lawsuit, filed this week and first reported by The Fashion Law, alleges that What Goes Around Comes Around seeks to fool consumers into believing it has a business relationship with Chanel and that the brand affirms the authenticity of the Chanel-branded products it sells. As any seasoned buyer of pre-owned luxury goods know, that’s never the case with third-party resellers. Generally, brands even refuse to authenticate privately owned goods sent in by consumers. In an industry obsessed with controlling how shoppers interact with their products and where they’re available, there is no incentive, financial or otherwise, for luxury brands to aid in the secondhand market; not only do they make no money from it, but it exists as an alternative to their carefully controlled supply chains and customer experiences, which often preclude discounting of any kind.

With the inability of third-party resellers to get official authenticity verdicts from brands, you end up with the retailers forced to do their own research and make their own decisions about whether any particular piece is authentic or not. Chanel claims that makes the retailer’s authenticity guarantee “false and misleading,” according to the lawsuit, because the authentication process isn’t endorsed by the brand. Of course, no third-party authentication process ever has been or ever will be, which puts WGACA in the same position as any other consigner or retailer that sells luxury goods: a fake bag may, on occasion, slip through the cracks. Chanel is alleging that’s exactly what has happened, and in selling the fake bags, WGACA has violated its trademarks.

Although this action is aimed at WGACA specifically, it will probably rattle the nerves of other big resale companies that rely on in-house authentication and inventory primarily sourced from individuals’ personal collections, which is basically all of them. It’s likely that all have sold a fake bag at one point or another, and all use brands’ names and product images liberally in order to advertise their serves to prospective customers. In the past, WGACA has been particularly ardent in its advertisement of pre-owned Chanel sales, which may be why Chanel chose to file suit against it first. If successful, though, I doubt WGACA will be the last pre-owned retailer to feel some heat from big fashion brands.

[UPDATE]: What Goes Around Comes Around reached out to us with a statement from CEO Seth Weisser and CFO Gerard Maione in response to the allegations in Chanel’s lawsuit. You can read it in full below.

What Goes Around Comes Around is the world’s preeminent seller of luxury preowned accessories and apparel. Over 25 years, we have built a brand which is synonymous with quality and authenticity. Our loyal and rapidly growing customer base confirms the substantial value we provide in our offering.

Recently, Chanel has brought claims of false advertising, trademark infringement, unfair competition and deceptive business practices against us. The allegations are unfounded. We will vigorously defend this action and assert our rights against any interference with our successful business.

We take meticulous care in sourcing our authentic offerings. Our team has twenty-five years training and knowledge in identifying genuine product and we offer only product that has been fully vetted by us. For example, each product goes through a multi-step verification process. Contrary to the allegations in the complaint, we do not sell counterfeit merchandise – all of the products we offer for sale are genuine.

There is nothing ambiguous or confusing about our business model. Chanel’s claims to the contrary only evidence a desire to control the after-market for their products. Indeed, Chanel’s complaint identifies only two instances of allegedly counterfeit offerings and neither is a valid claim – in fact, one is a listing on Amazon which was not placed by us and the other is an authentic Chanel product. We are fully entitled to offer such genuine products on our site, in our stores and to our retail partners.

Our customers love us and we love them, and they know the integrity and fine reputation our company enjoys. This year is our 25th anniversary. We intend to celebrate it proudly, with our heads held high. We have never misled anyone into believing we have any type of relationship with Chanel or that the merchandise we sell is anything but authentic and valuable.