Celebrities    Read on the Web

Weekend Debate: Did you watch Britney on the VMA’s? 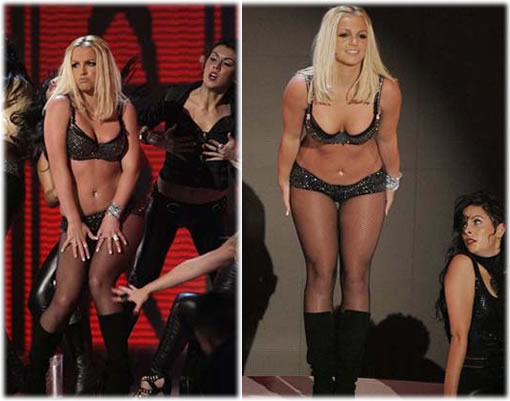 Sure, I am sick of hearing about Britney Spears. Her life has really plummeted on a downward spiral before our eyes. There has been rumors of her getting back into performing, and tonight, much of the world has watched. MTV was looking for huge numbers, and booked Miss Britney Spears for the 2007 VMA’s. Britney came out looking out of it, like her mind was left elsewhere. It was beyond evident that she was lip syncing, being at least 2 seconds behind for the most part and many times not even opening her mouth when words should have been coming out. She looked as if she did not care to be there, she had no stage presence. The days of Britney with a python on her neck, kissing Madonna, and kicking ass are dated.

Did you watch Britney Spears perform tonight? How do you think she did?