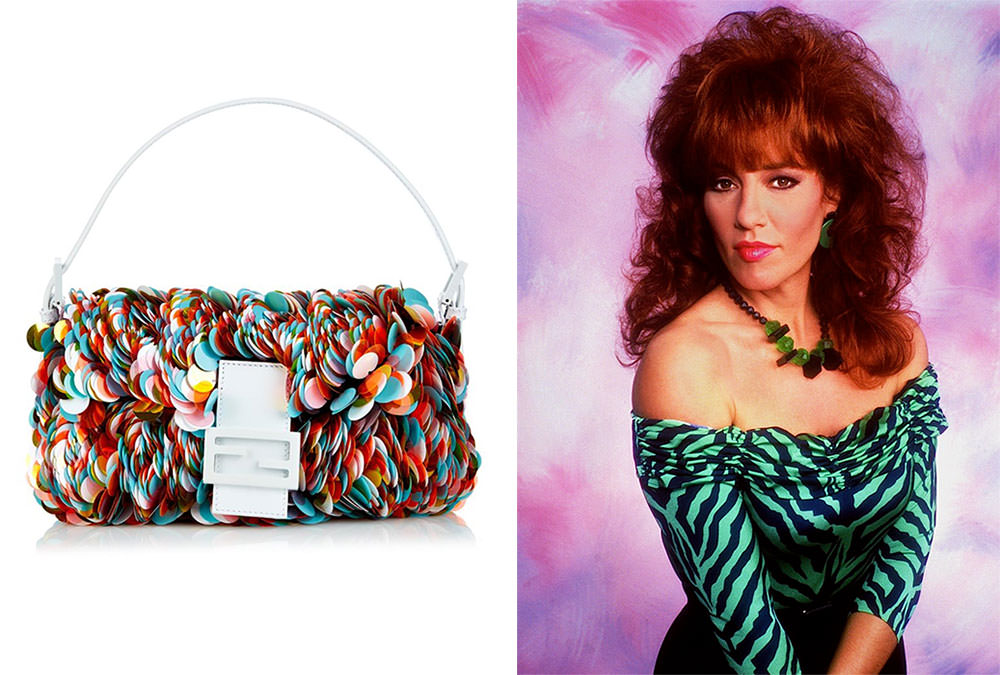 Lots of things inform our cultural perceptions of motherhood, what it means and what it looks like, but TV is, by far, one of the most effective. If you're around my age, you probably grew up with Roseanne, Peggy Bundy and Lorelai Gilmore on your televisions, with occasional detours to Nick at Night to watch Carol Brady, June Cleaver and Morticia Addams. (Morticia was always my favorite.)

No matter your age, though, you're probably well familiar with all of these fictional moms; their characters and styles are that well-drawn. Below, in celebration of this weekend's Mother's Day, we've assembled some handbag picks for the entertainment world's most iconic mothers.

Picking bags for some TV moms is a little tricky, but Morticia was the biggest no-brainer of the bunch. Of course she'd carry black McQueen. 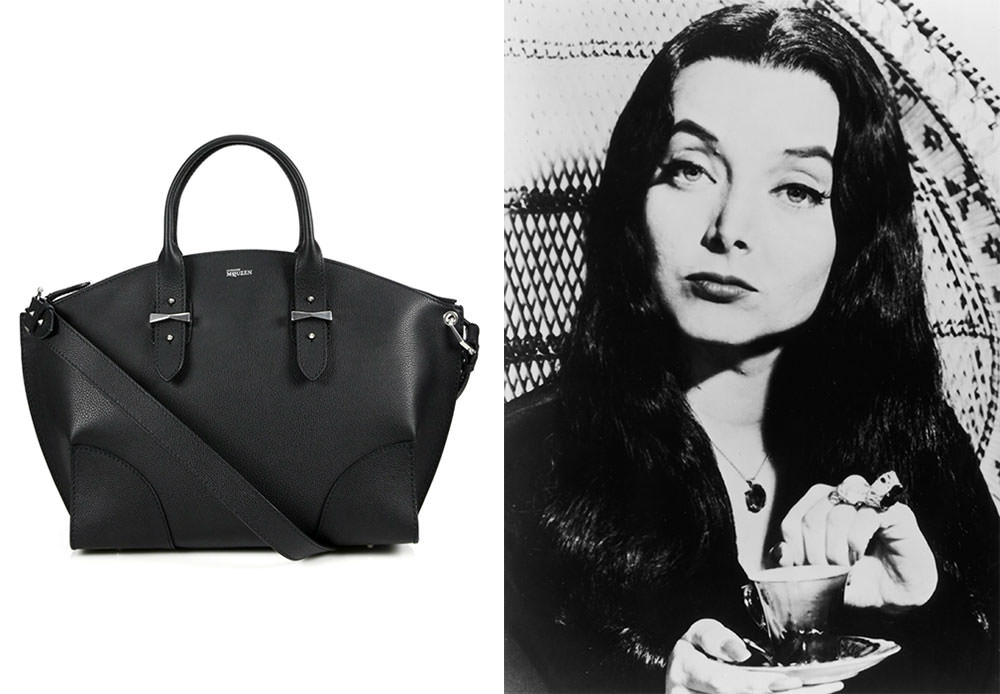 June is the platonic ideal of the 1950s housewife; as such, she'd carry something prim, structured and totally ladylike. The kind of bag you could take to a garden party where people eat finger sandwiches. 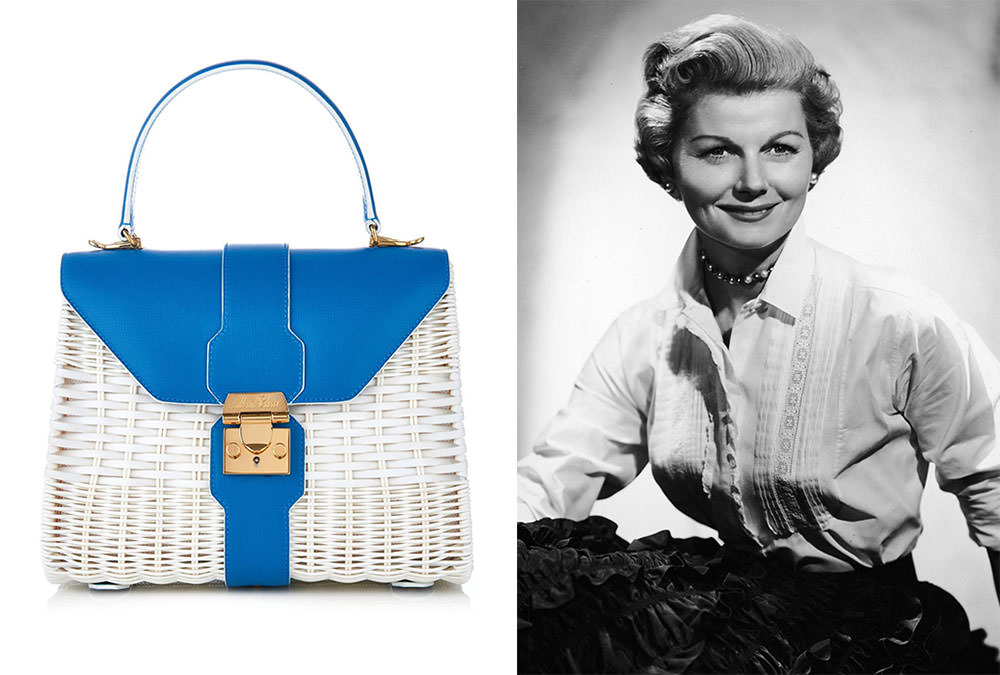 Mob wives love a little animal print, and this is a version befitting their fictional queen. 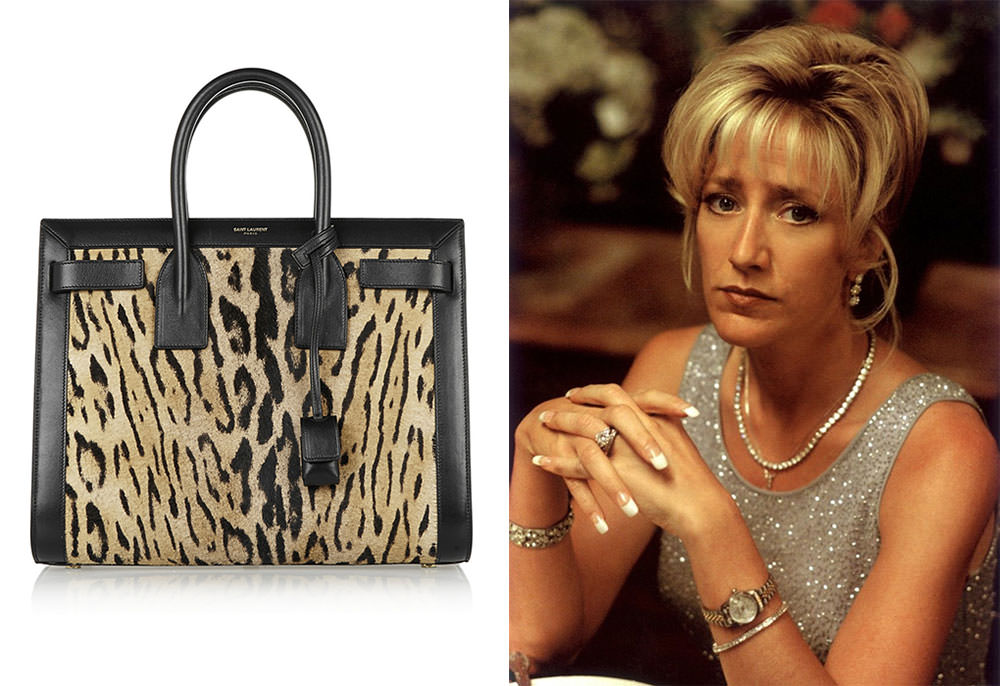 Photo via I Love TV So What?

Lucille is perpetually status-conscious, and for someone desperately trying to maintain the image of financial splendor, only Hermès will do. 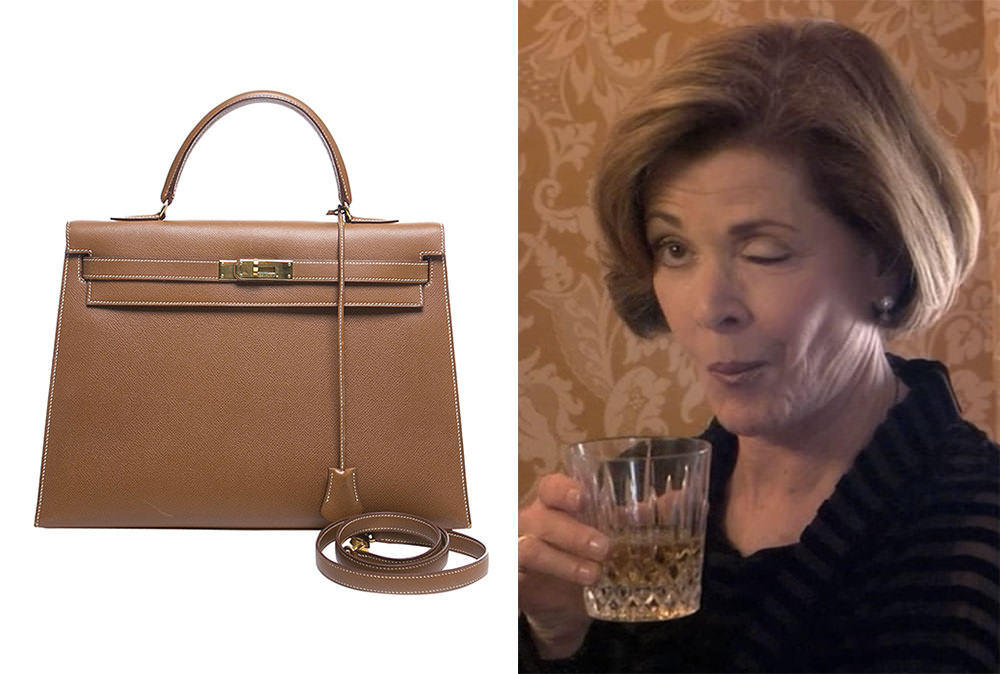 Marge's cartoon universe is made of of bold, bright colors, and so are Paula Cademartori's bags. It's a perfect aesthetic match. 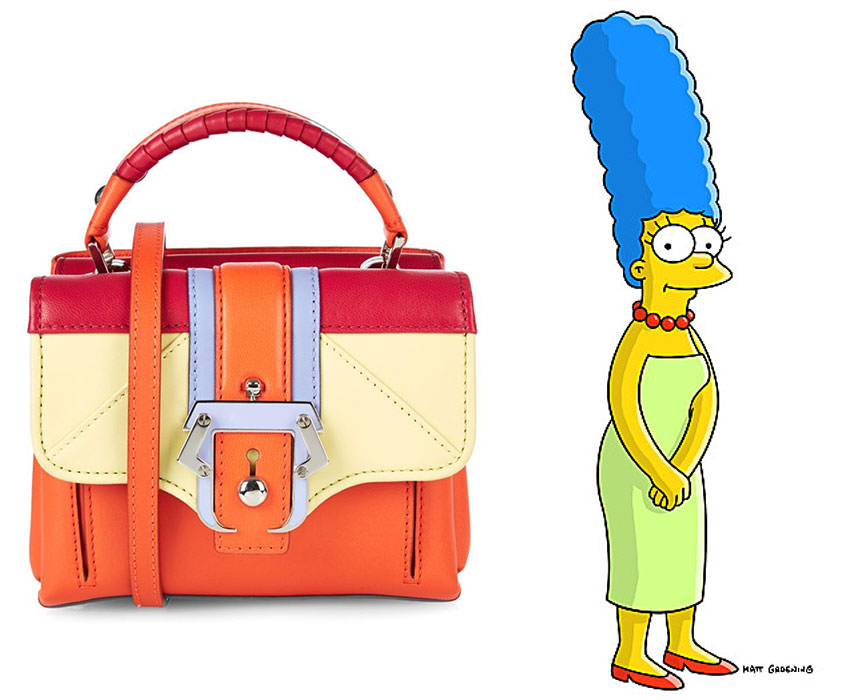 Betty is a decidedly un-sunny woman with the sunniest 1960s wardrobe I've ever seen; the contrast is so great that you know she's compensating for something. If any bag could temporarily lift a woman out of midcentury housewife malaise, it's this one. 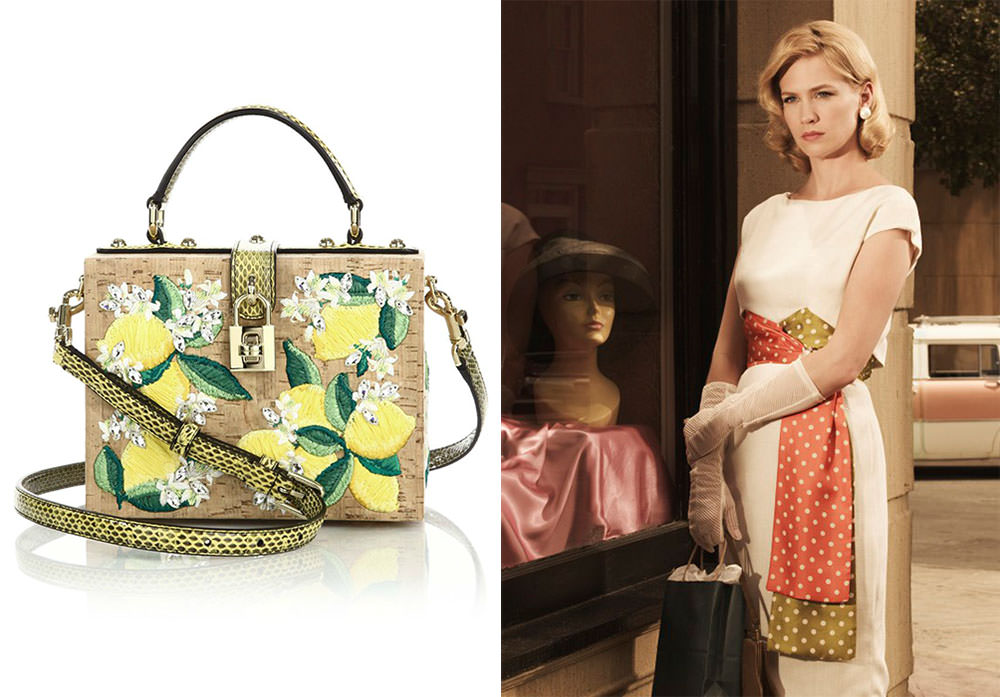 Peggy never knew when enough was enough, and Fendi manages to pull off that look with lots of sequins, lots of colors and, somehow, lots of style.

Lorelai was always a strictly jeans-and-t-shirts kind of woman, and I very clearly remember her carrying a Marc Jacobs Blake Bag frequently during the show's run. If it were on today, she would have upgraded to this one. 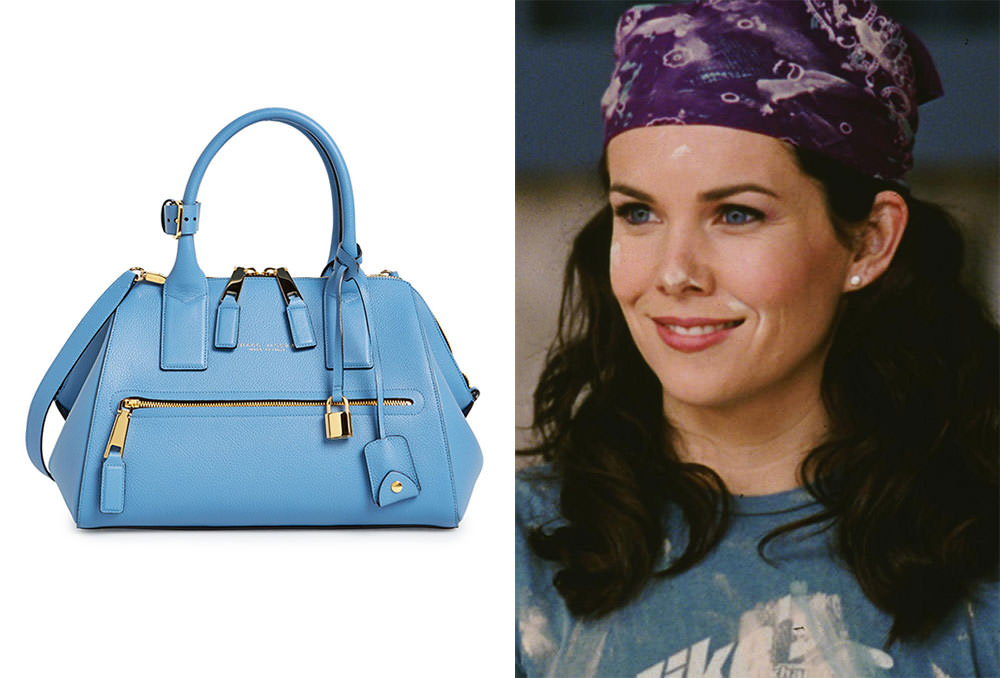 Photo via Hi You Look Nice

If there's one thing that a Google image search for "Roseanne" tells you, it's that she was a woman who wore a lot of denim. Once the family won the lottery in a later season, I like to think she'd have splurged on this. 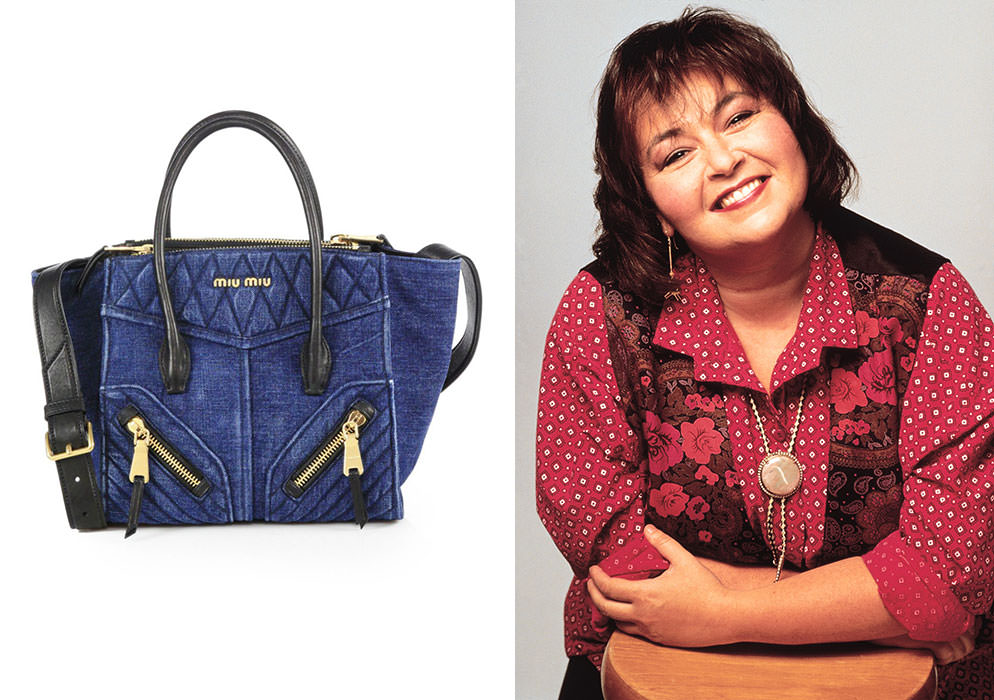 "The Brady Bunch" has one of the most recognizable aesthetics in TV history; at this point, it almost feels like a period piece. The 70s look is back in a big way, and this bag typifies the era so well that it would have probably passed muster in the wardrobe department back in the day. 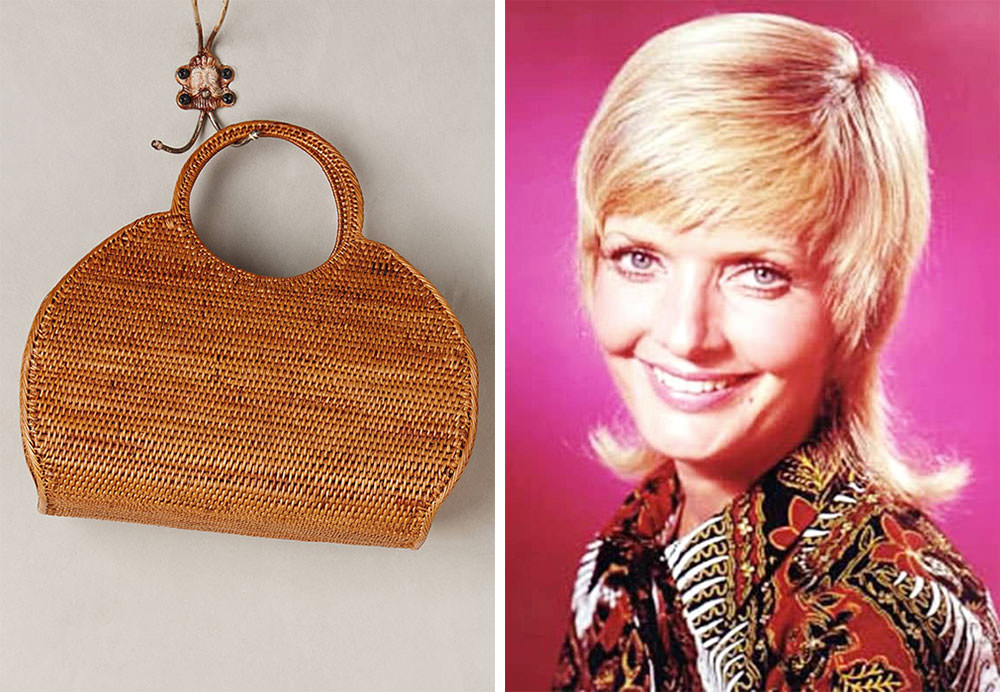