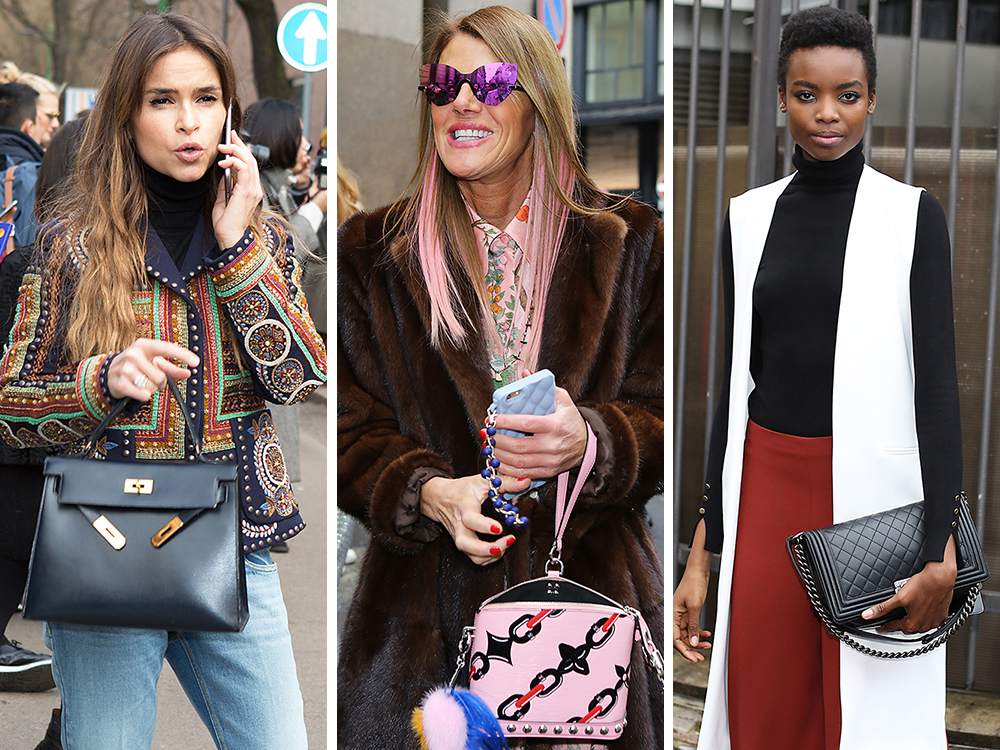 The weather gods have not been kind to the fashion flock this year. New York Fashion Week included NYC’s coldest, bone-chillingest weekend of the entire winter, and when the pack moved on to Milan, they were met by several days of rain. You can’t keep a good street style star down, though, and luckily most of them are rich enough for Mariah Carey-style umbrella attendants.

As we do every season, we combed through photo archives of the event to find the best of the best when it comes to celebrity street style looks. Because it’s Milan, most of the photos are of fashion insiders and models, which is honestly what I prefer–the outfits are just better. Take a look at everything we found below.

Ms. Lima does not seem to pleased with the weather, and she wasn’t the only one. 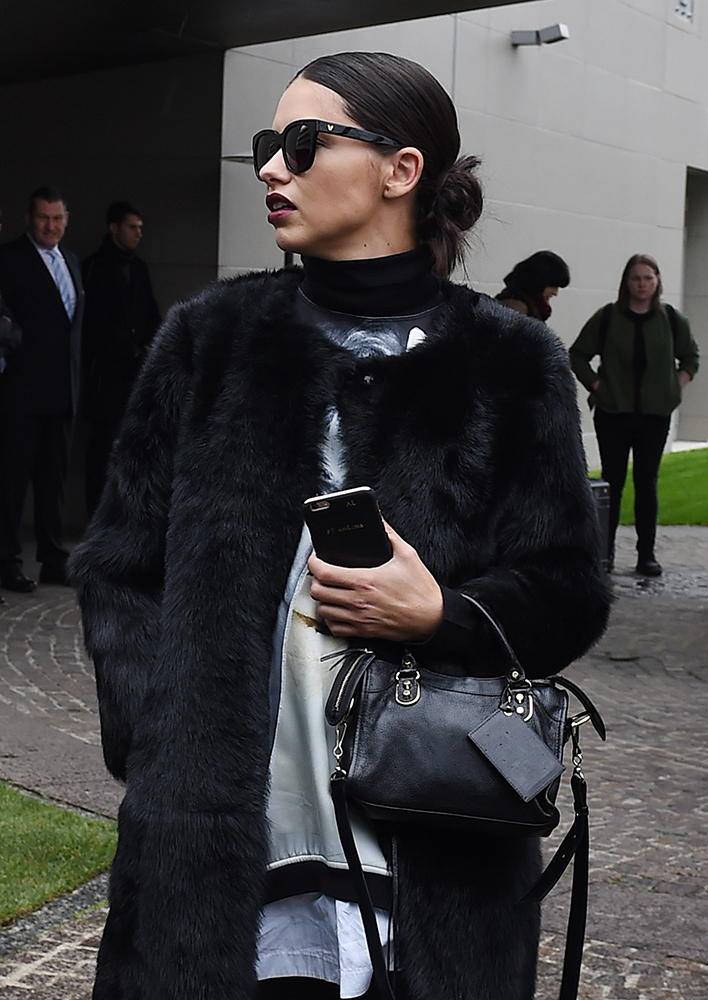 Enough about the weather, though; let’s talk about the one true force of nature at any fashion week: Anna Dello Russo. 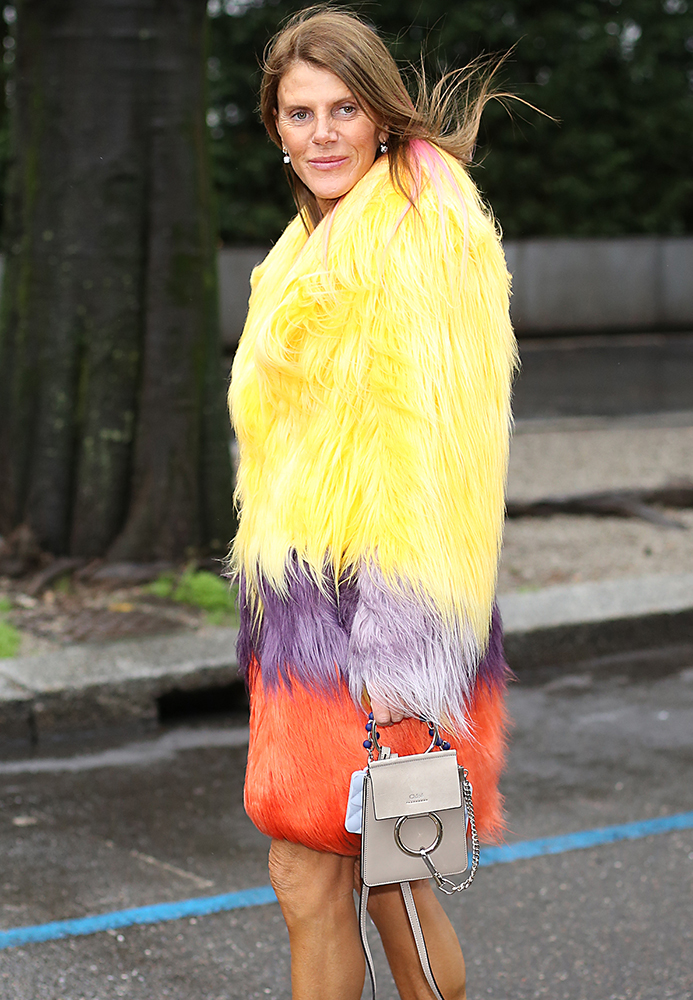 She did not let the rain keep her down (or even under an umbrella). 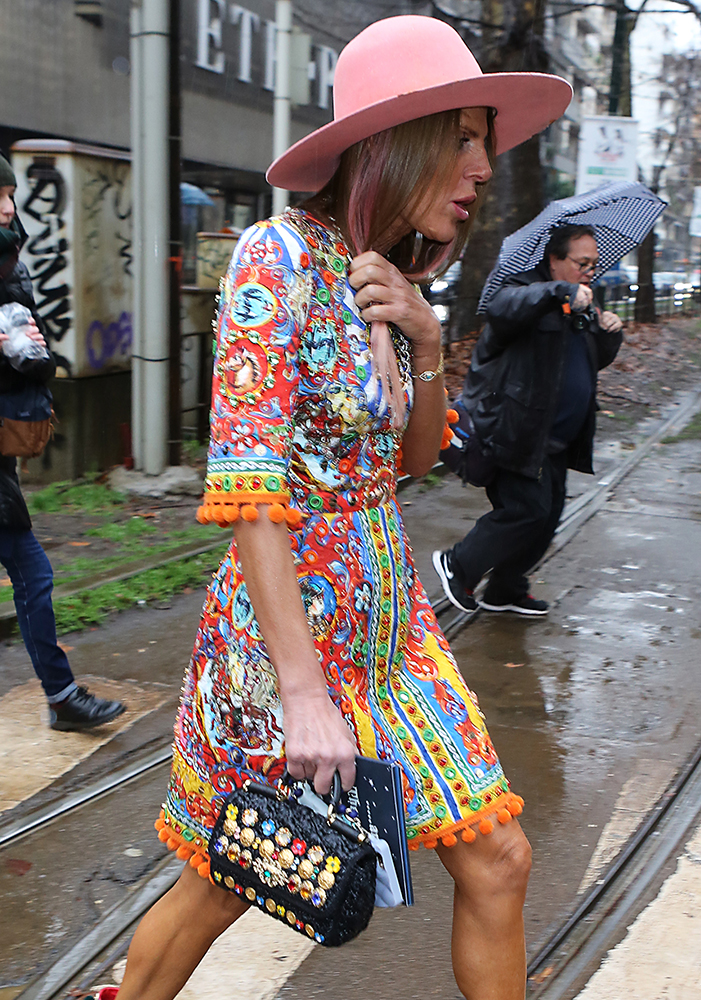 I find it somewhat surprising that Anna hadn’t added a bit of color to her hair before now. 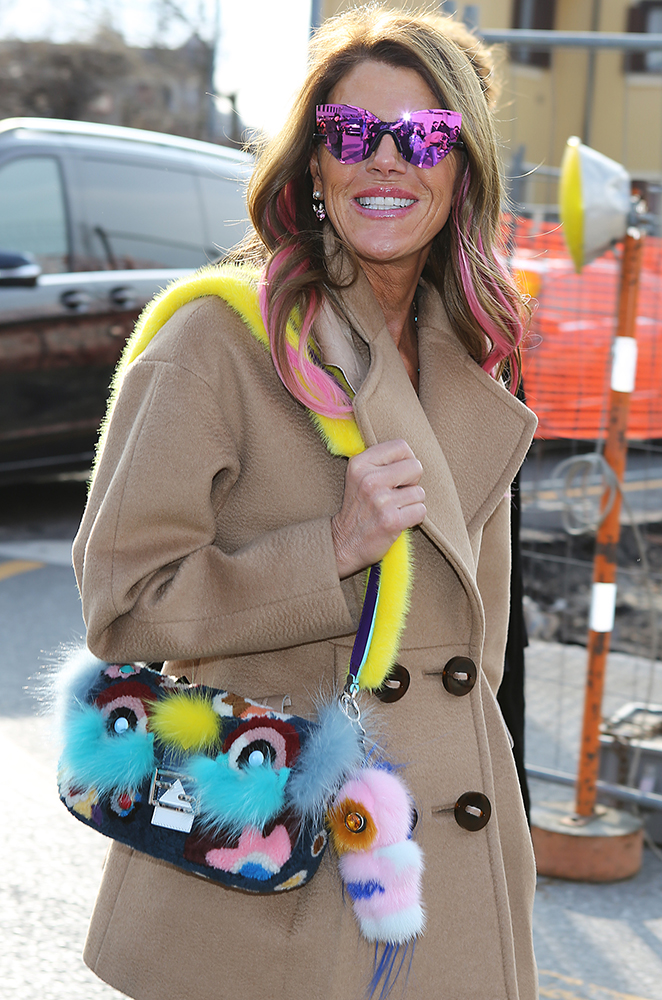 I know a thing or two about dying your hair weird colors, and it looks to me like Anna’s are easily removable extensions. Probably a wise choice for someone who likes variation and novelty so much. 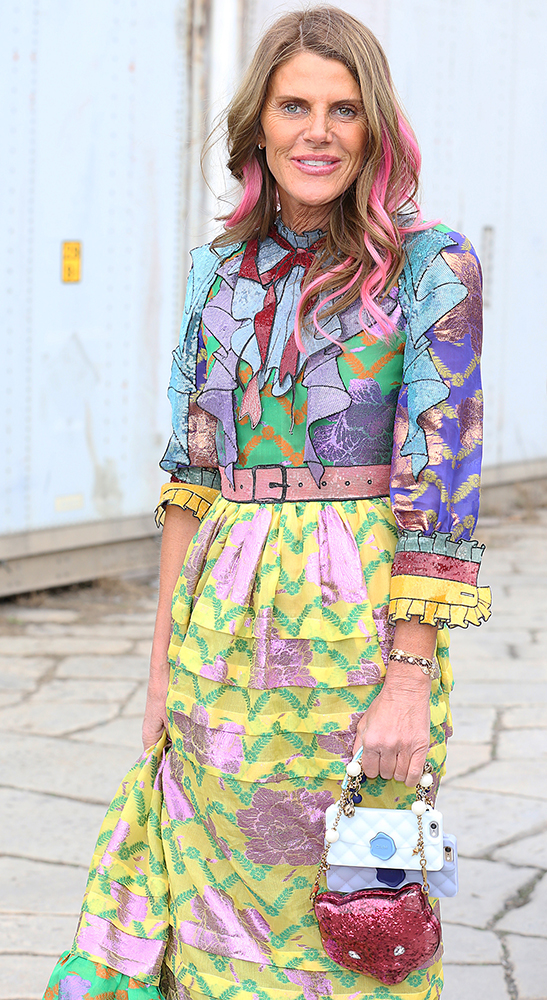 I really like Louis Vuitton’s Spring 2016 prints, like the one on this Mini Lockit. They remind me of modernized 80s scarf prints. 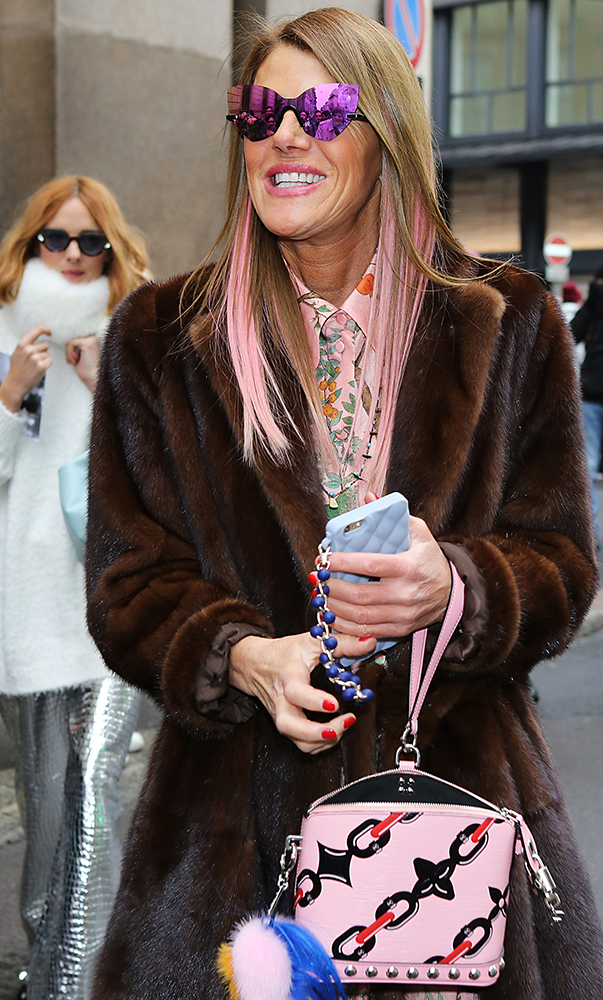 Anna was heading into the Prada show in this photo, and the bag she’s carrying feels sort of like Pradas from days gone by, but I’m not confident enough to declare it that. 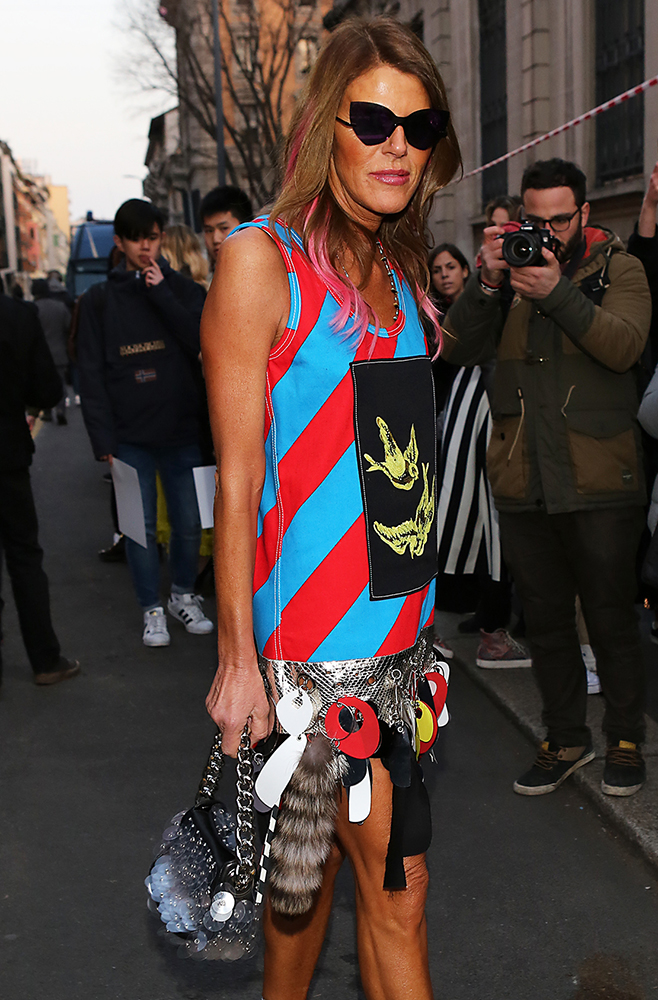 Unfortunately we didn’t spot Chiara very many times in Milan, but when we did, she was polite enough to carry multiple Fendis for us to look at. 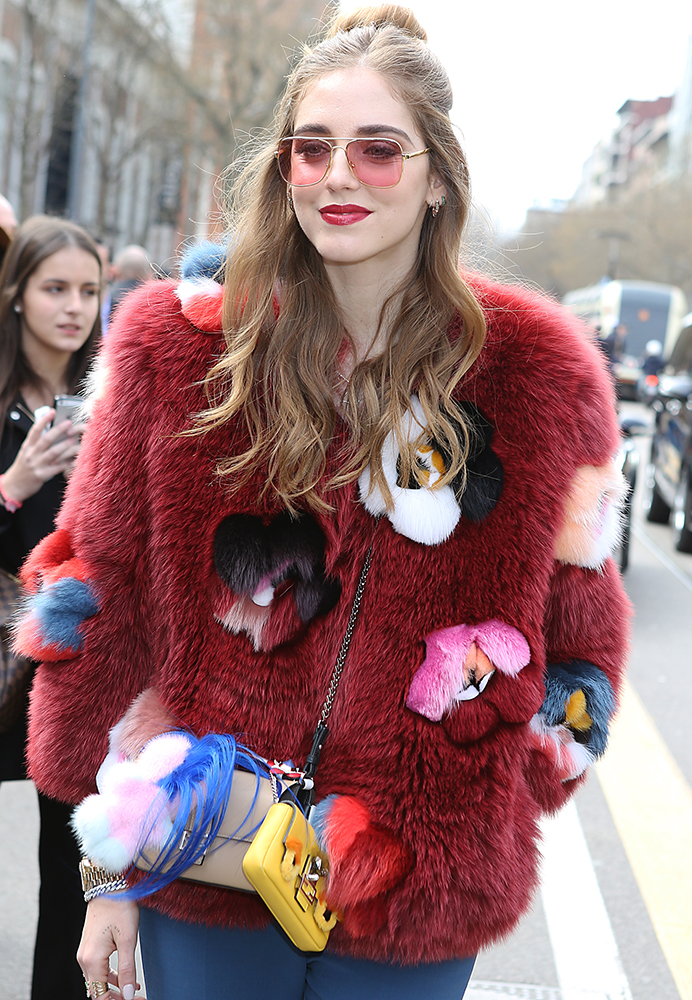 If you’re not familiar with Dee, she’s a multi-talented Taiwanese celeb. (And also, clearly, very stylish.) 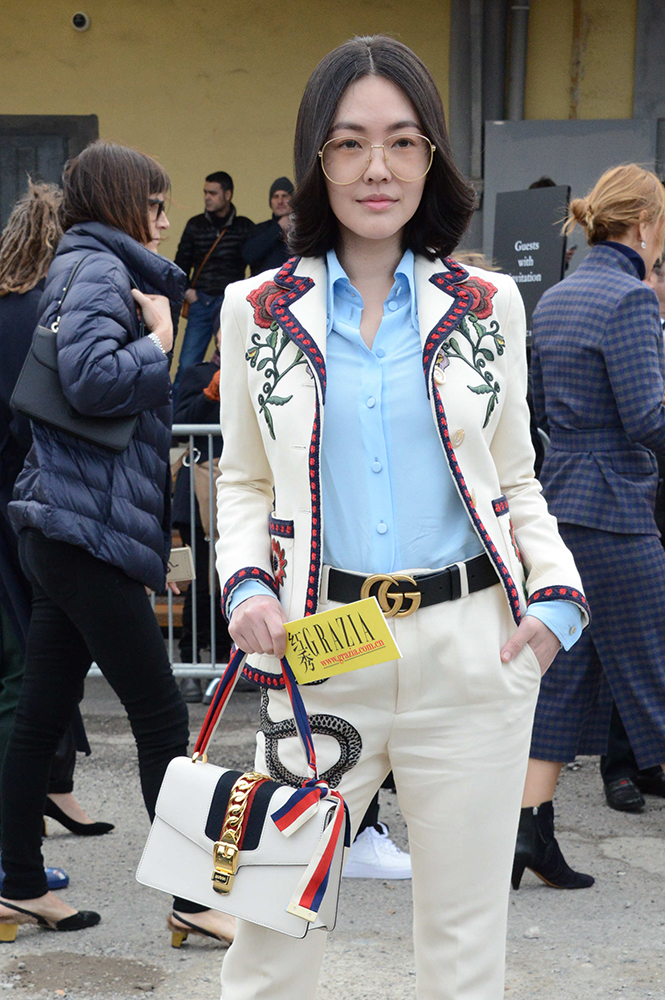 On the other hand, I trust you’re all familiar with Donatella. 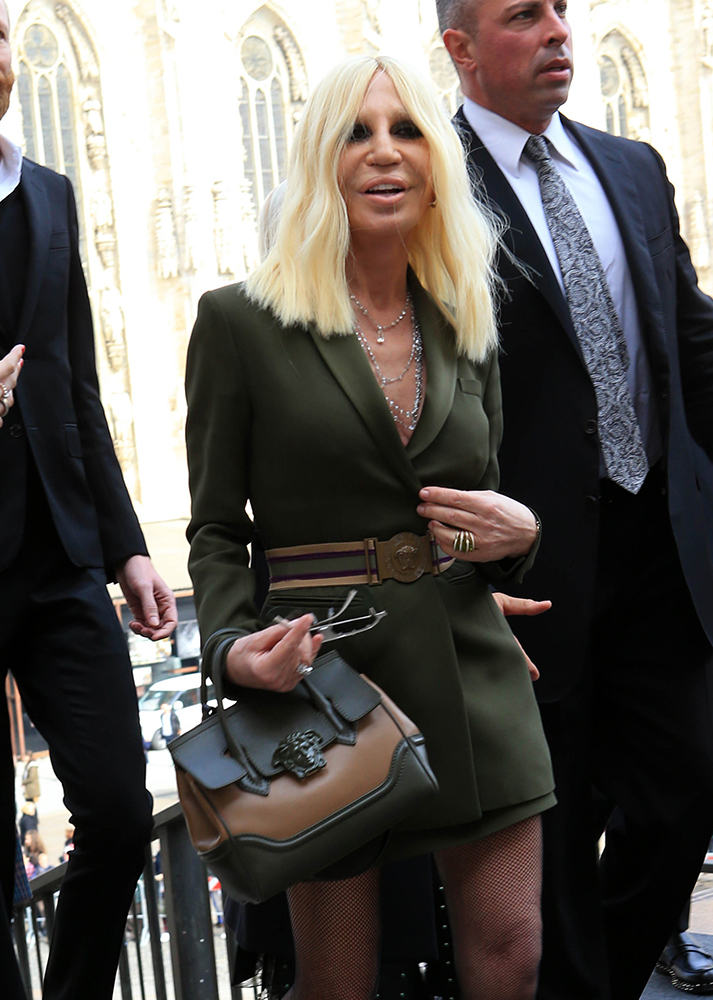 The littlest Olsen was among Gucci’s many guests carrying the brand’s new spring bag. 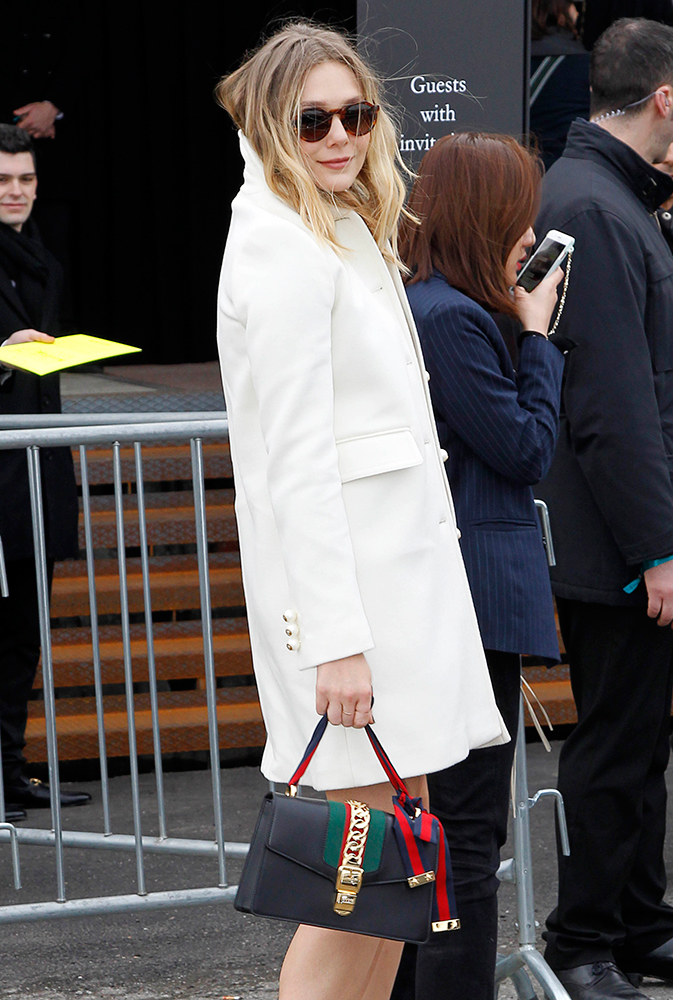 We’re not sure who made Giovanna’s bag, but we always like seeing her nonetheless. 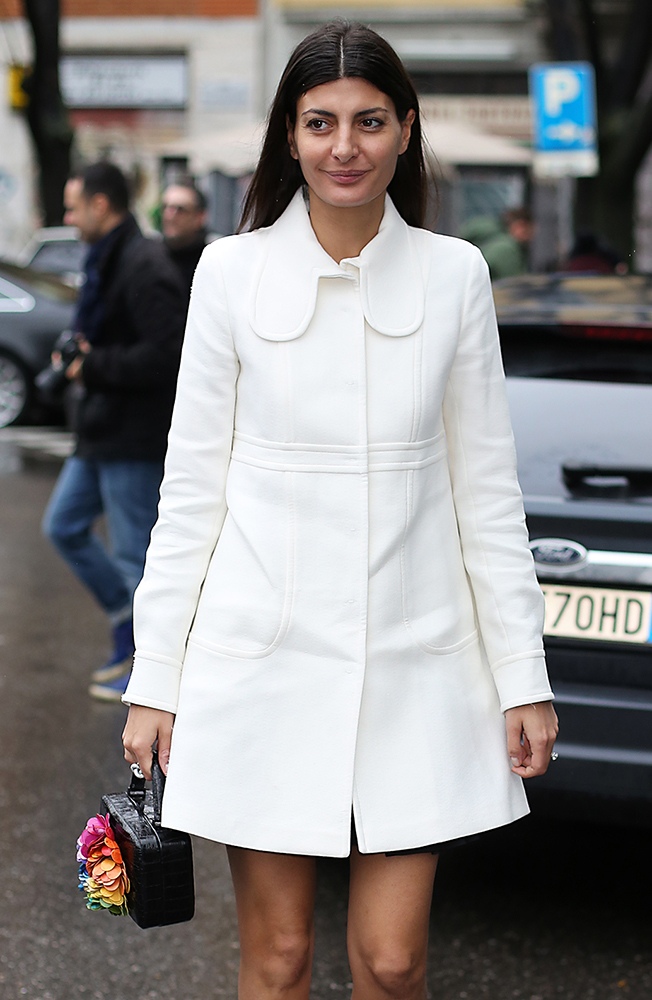 You don’t often see a full-on step and repeat at European fashion weeks, but brand Fay had one. 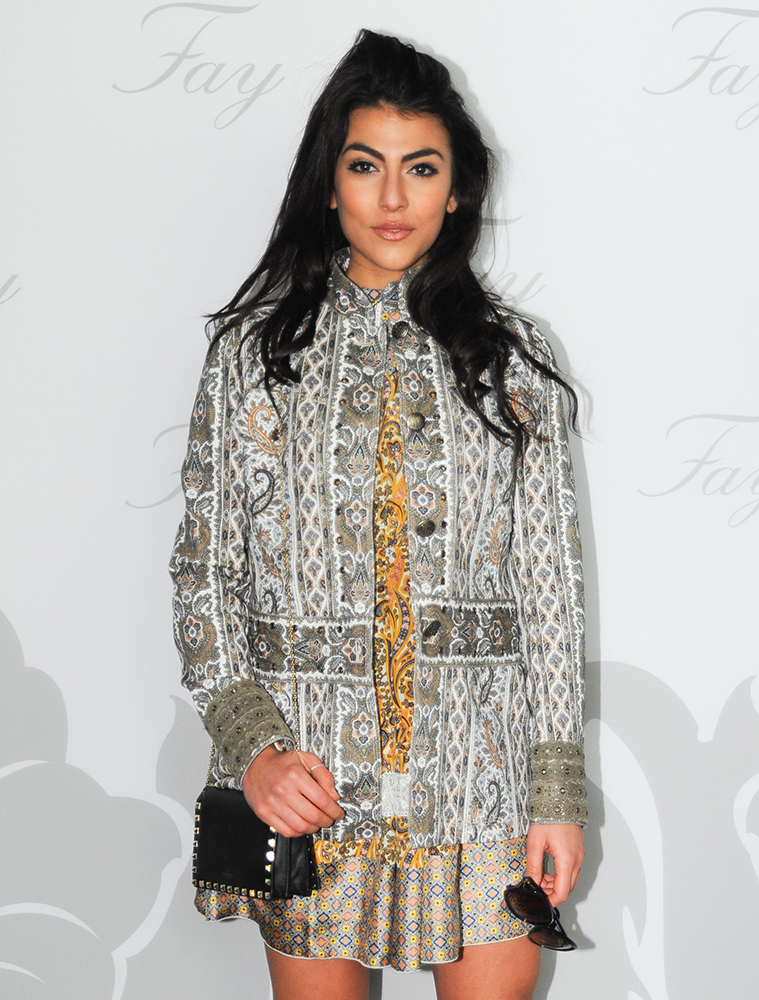 Models are some of my favorites in street style-spotting because the photos are always a very clear reminder of why they’re models. 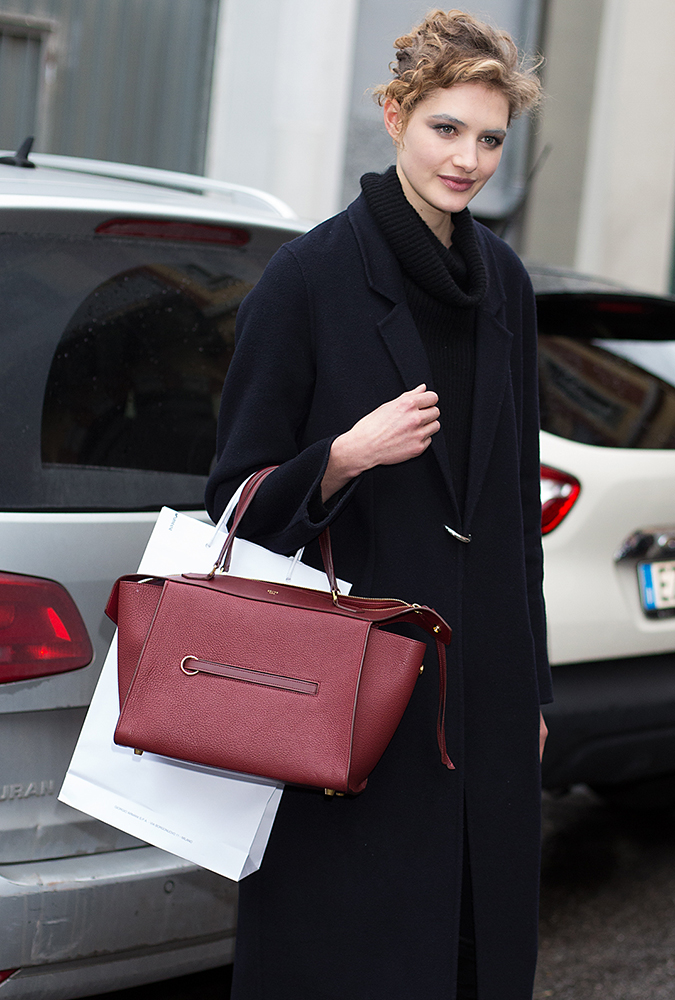 Also, models often have great bags because big designers frequently give them out as parting gifts to models who walk in their shows. 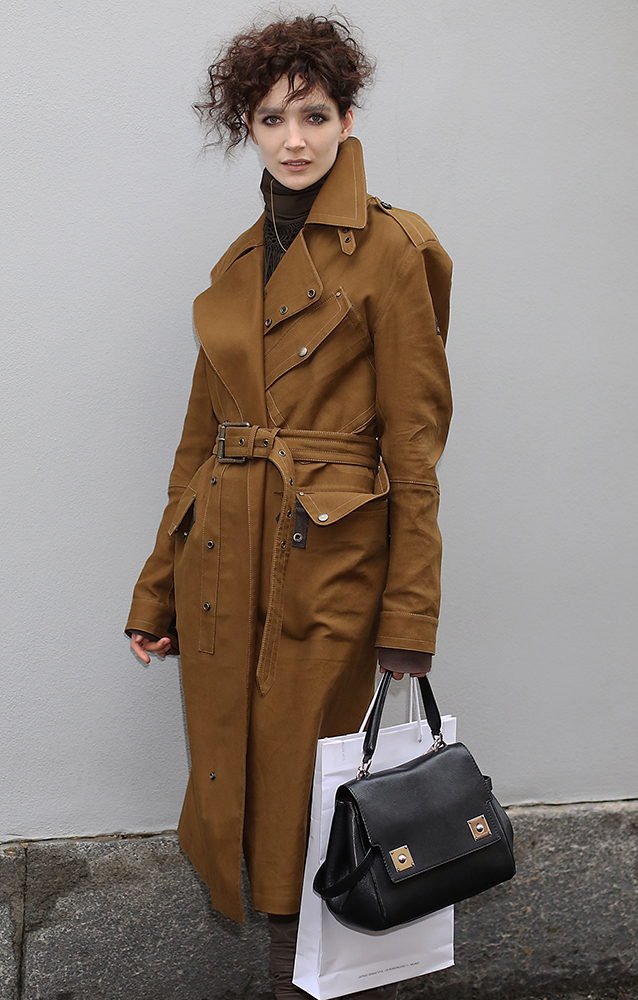 We all know why Kendall has great bags, of course. 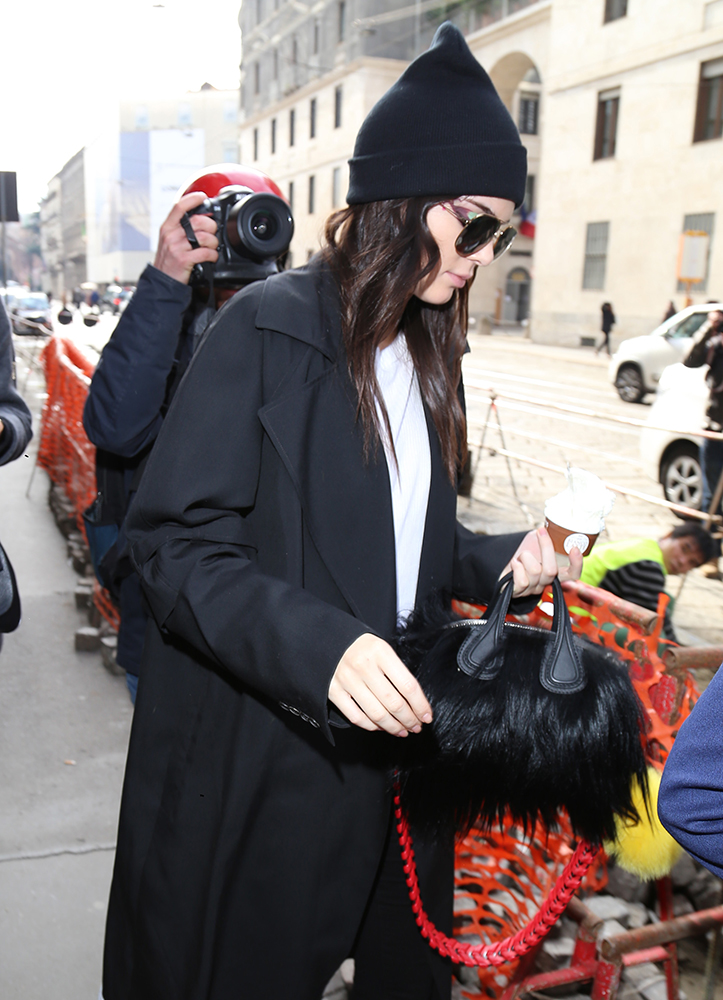 In addition to being gorgeous and having a great Chanel bag, Maria made hair history this year: she was the first black model to wear her hair naturally textured on the Victoria’s Secret runway. Mira has been carrying this bag since NYFW and I still don’t really get it. Maybe by Paris I will have an epiphany. 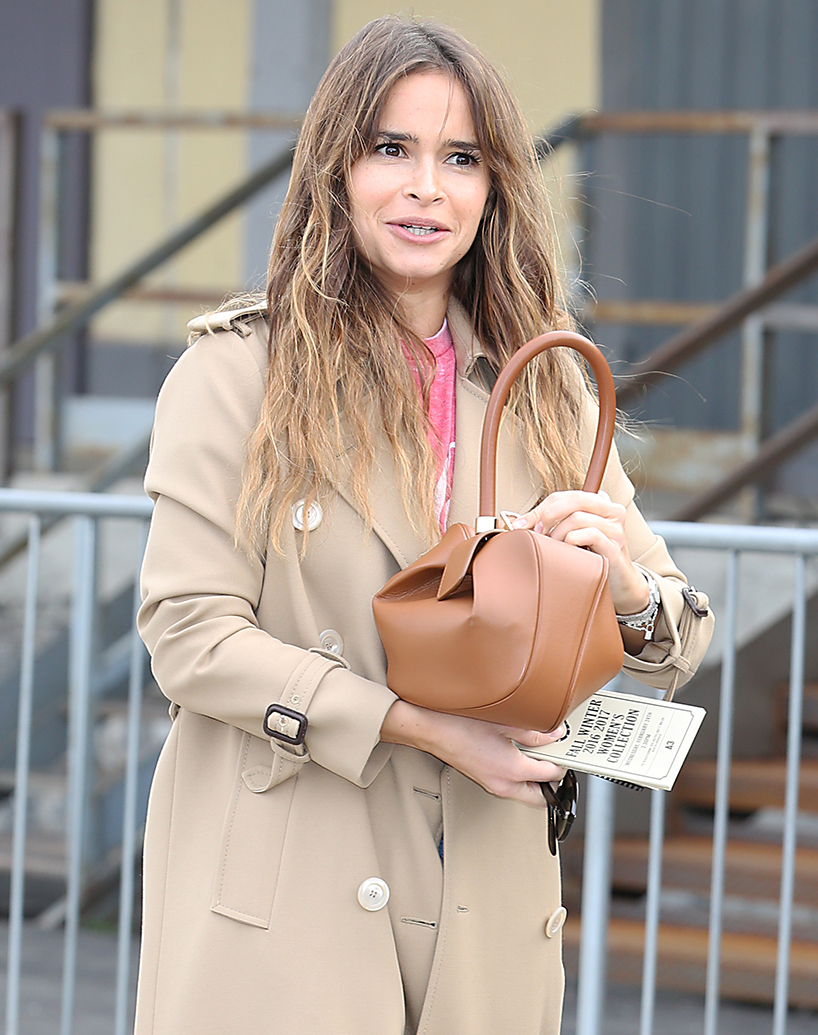 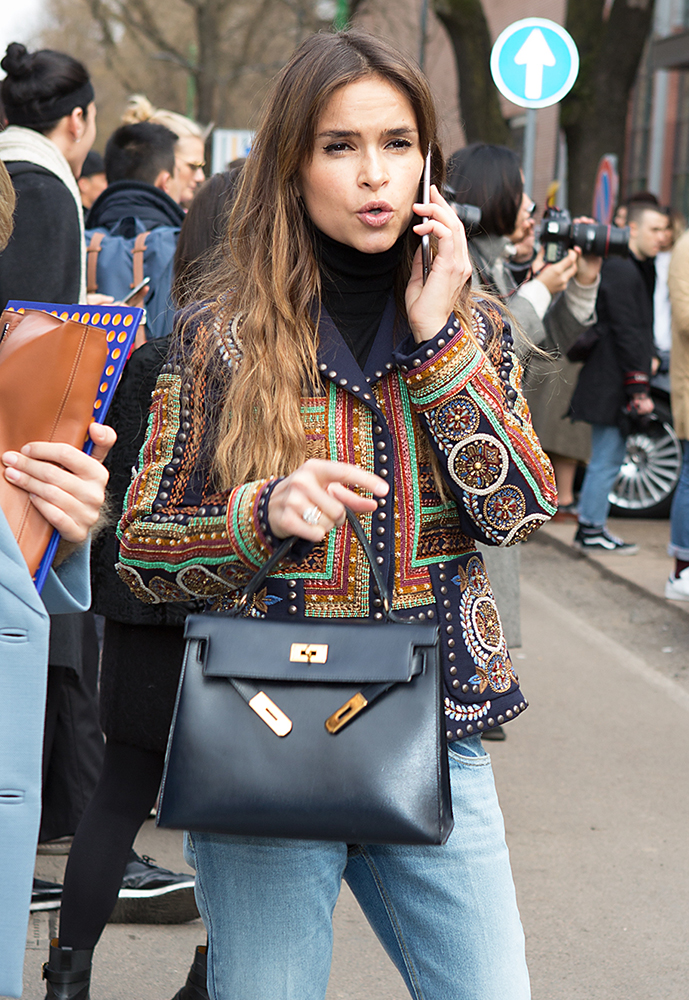 Mira was also among the first celebs to carry Prada’s new Pionnière bag, which is currently available at select Prada stores worldwide. 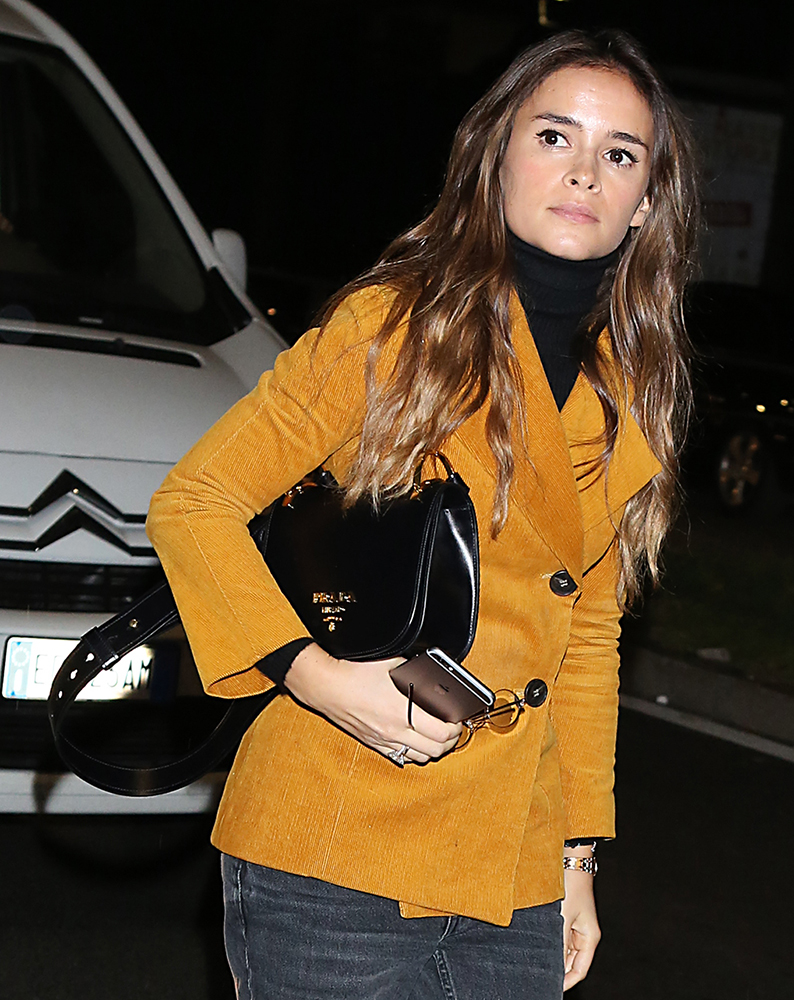 Stella Maxwell is a model from New Zealand, but she was all over Milan. 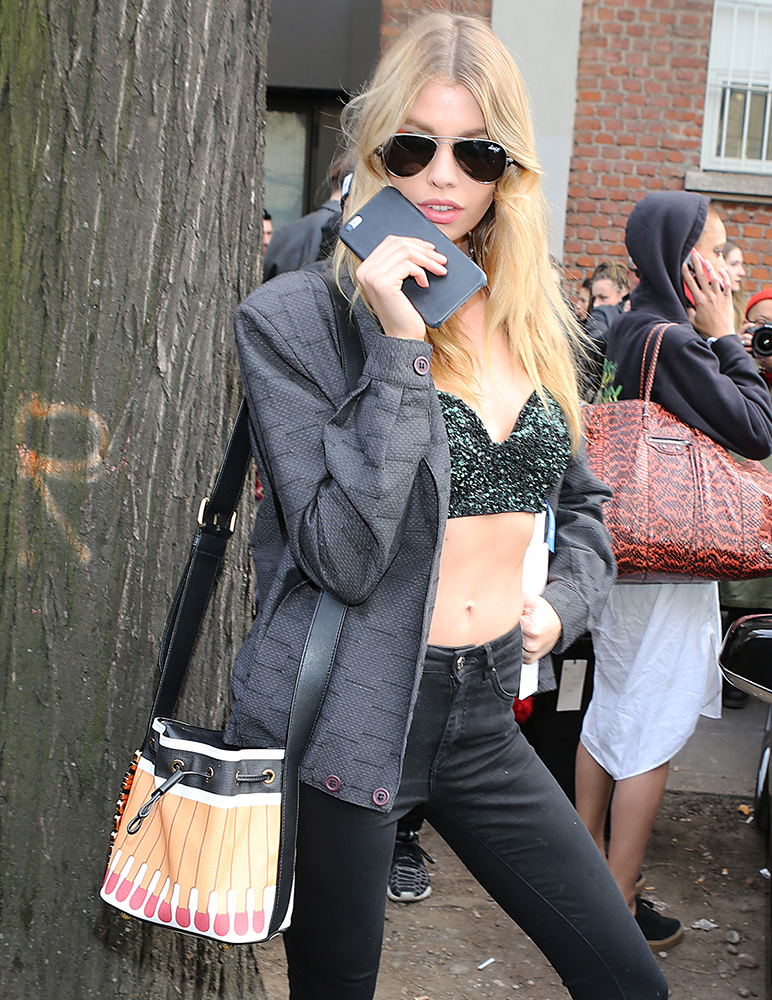 She did a lot of pouting around MFW. 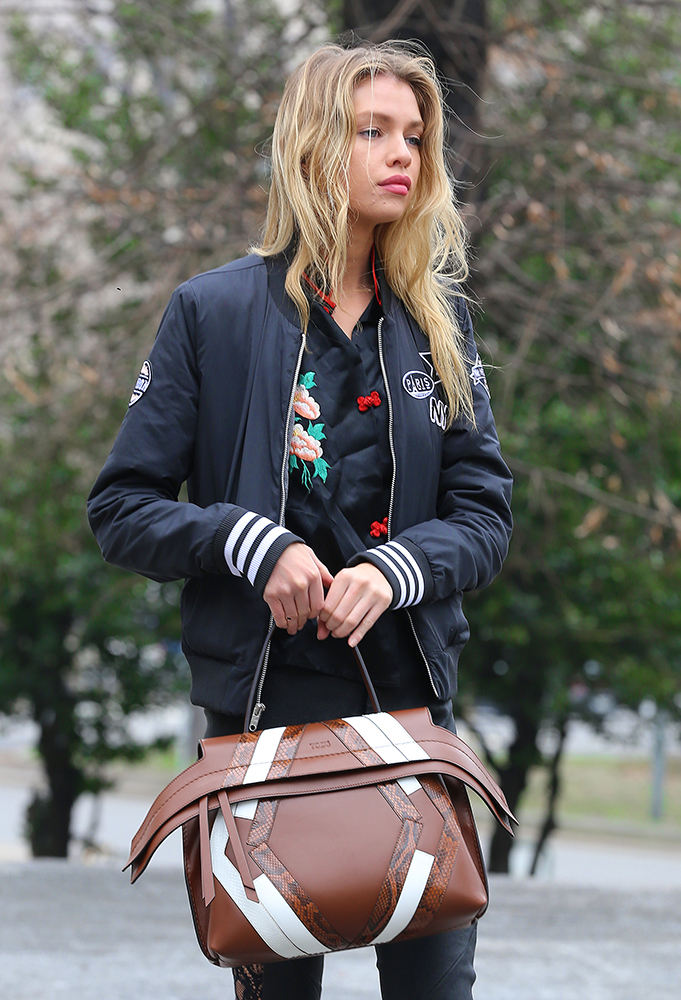 We even caught her twice in the same day, wearing the same outfit, carrying two different Tod’s Wave Bags. 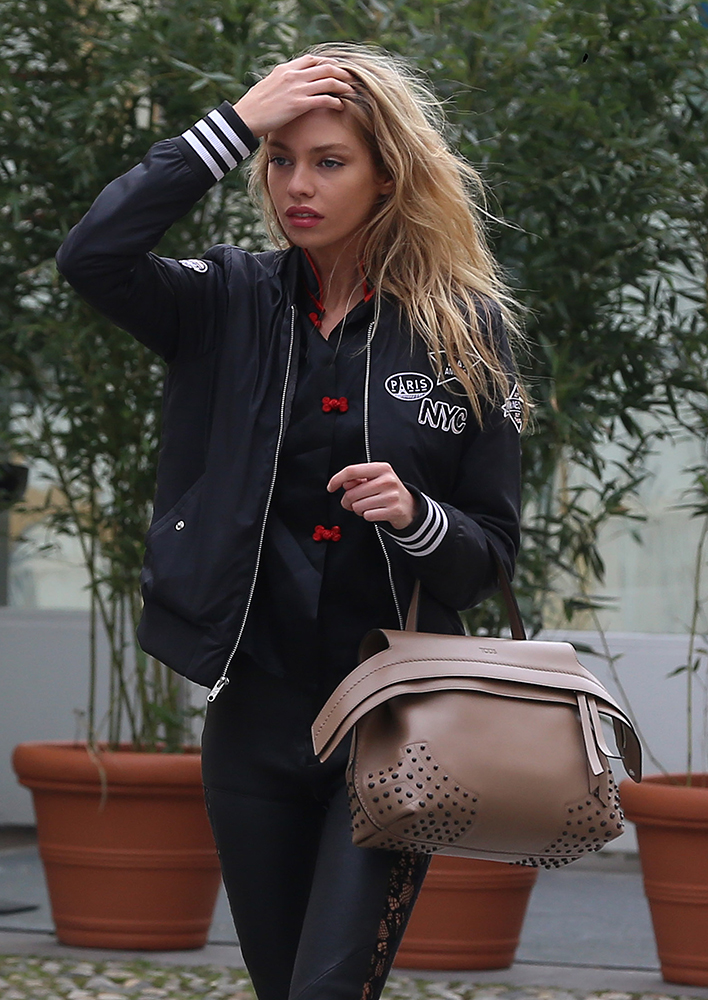 Susie’s super committed to her Loewe Puzzles, and we can see why–they fit her quirky, geometric style perfectly. 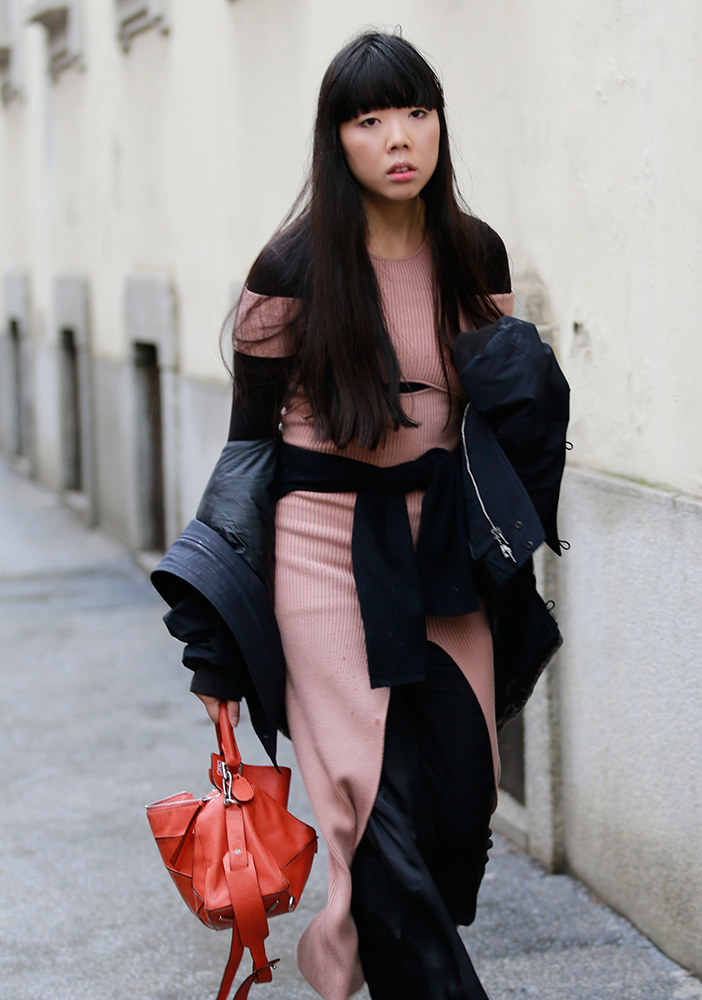 Gucci tapped stars from all over the world to attend its show–Valeria is Argentinian. 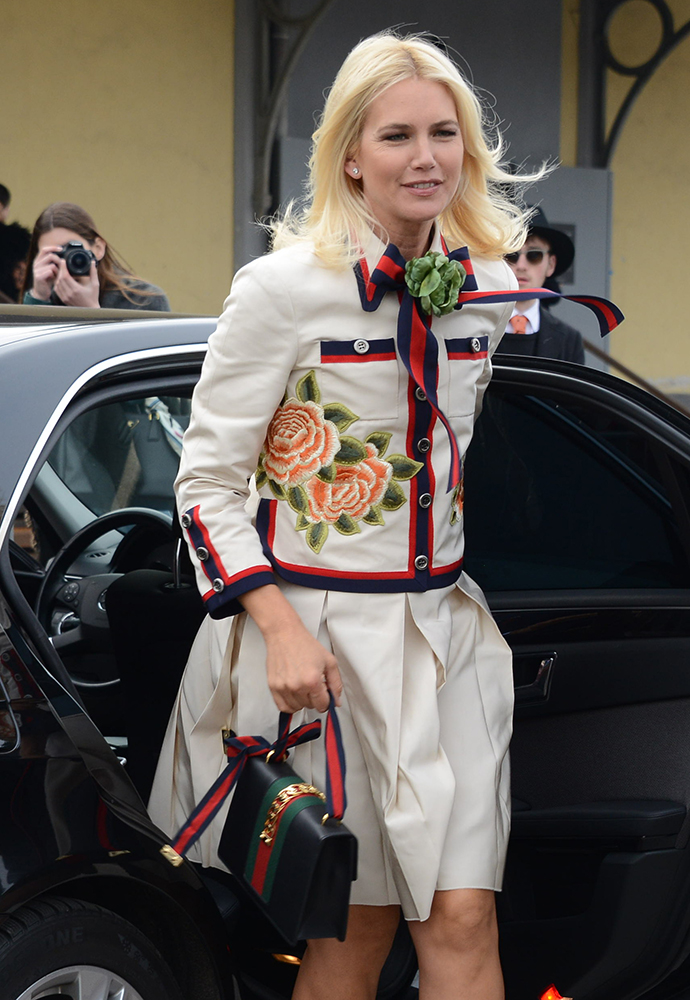 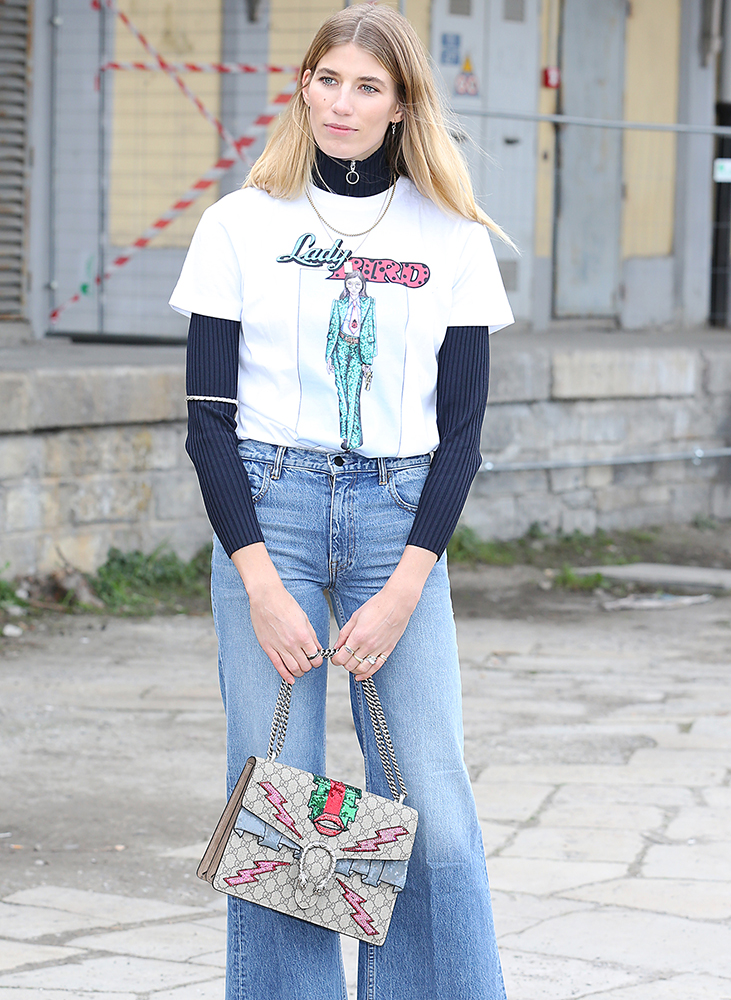 Rounding out Gucci’s international contingent (as well as Milan Fashion Week as a whole) is Zhang Yuqi, who is Chinese. 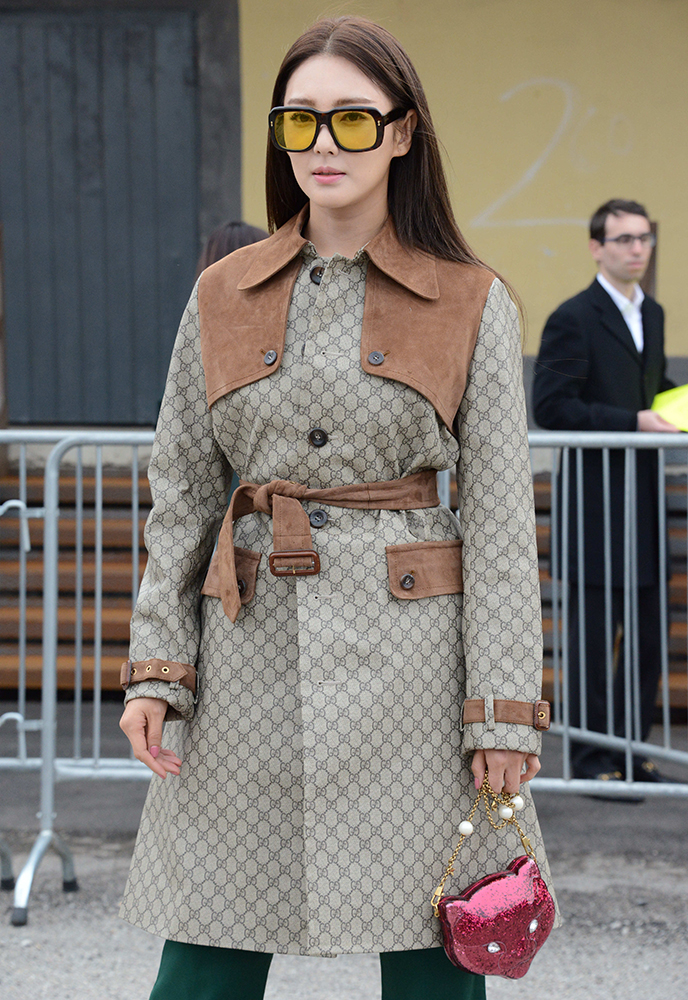 Milan is channeling fashion victims this week (with the rare exception).

True and what is a “full-on step and repeat?”

A step and repeat is what you see on traditional red carpets–a background with brand names and sponsors on it in front of which guests pose for a bank of photographers. Movie premieres and charity events usually have them, fashion shows usually don’t.

the step and repeat is the background that has the brand name plastered on.

Giovanna Battaglia’s bag is from the summer Nancy Gonzalez collection.

Anna never disappoints me with her style

Anice Alida is carrying a Marc Jacobs bag, not a PRADA bag.

I have to hand it to Anna for not doing anything surgical to her face.

And, why is that a good thing? This is about fashion. This isn’t the humanitarian / let’s focus on character blog. She likely colors her hair because she isn’t showing grey. And she wears fashionable clothes to enhance versus simply serviceable ones. So, no kudos for not enhancing other areas.

She looks horrible. She could look better with more appropriate styling. I’m not accepting that just because she can wear something that she should.

Back handed compliment. You’ve stated the obvious though, that she looks like an old lady playing dress up in a twenty something’s closet.

“On the other hand, I trust you’re all familiar with Donatella.”

Me too! And I’d rather spend all those nip/tuck money on bags and purses and everything nice. 🙂

In China, the last one always means the most important one. we call it “yazhou”. And the word “yazhou” pronounces a lot like “Asian” in Chinese.?(*°?°*)?
Anyway, thanks Amanda for placing Chinese guest Zhang Yuqi to the last one. I personally love her casual yet bold style.

We try to include as many stars from around the world as we can! Sometimes our photo service doesn’t have as many photos of them as American stars, but we do our best to find them since we have so many readers outside the US.

Does anyone know where Donatella got her beautiful necklace/necklaces from?

You don’t get Duma’s bag but you do Anna’s ridiculous Fendi Fur disaster….hmmmm

This tomato printed white canvas bag comes with a charms key holder. It has a long shoulder strap and it is spacious enough to accommodate daily essentials in a safe manner. https://goo.gl/ORHJeB