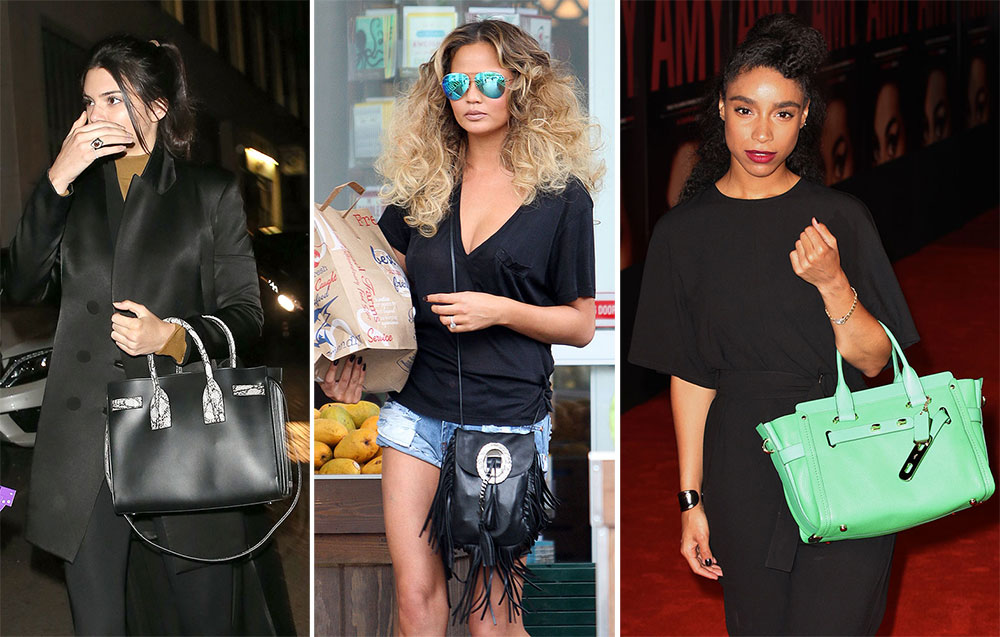 It’s July, and celebs are sporting some premium peak summer looks. It’s just teased hair, short shorts, mini-dresses and mesh for days. Summer celebs are probably my favorite celebs. Their bag selections are both brightly colored or neutral. There’s no particular theme or prominent trend in this round-up, but we do have a nice fringed Saint Laurent, a lovely, prismatic patterned Roger Vivier, and another appearance by Coach‘s hot new style, the Swagger. 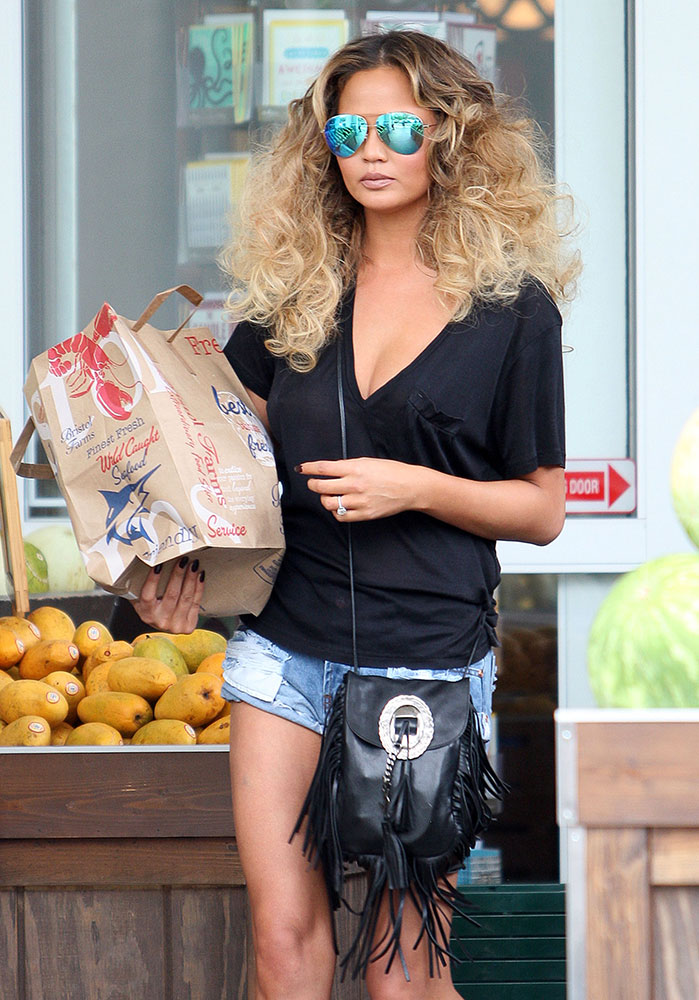 EJ Johnson was recently spotted outside of Barneys in Beverly Hills with a brilliant blue Hermès Kelly. It may take us a few more months (depending on the whims of the paparazzi), but “The Many Bags of EJ Johnson” should be forthcoming. 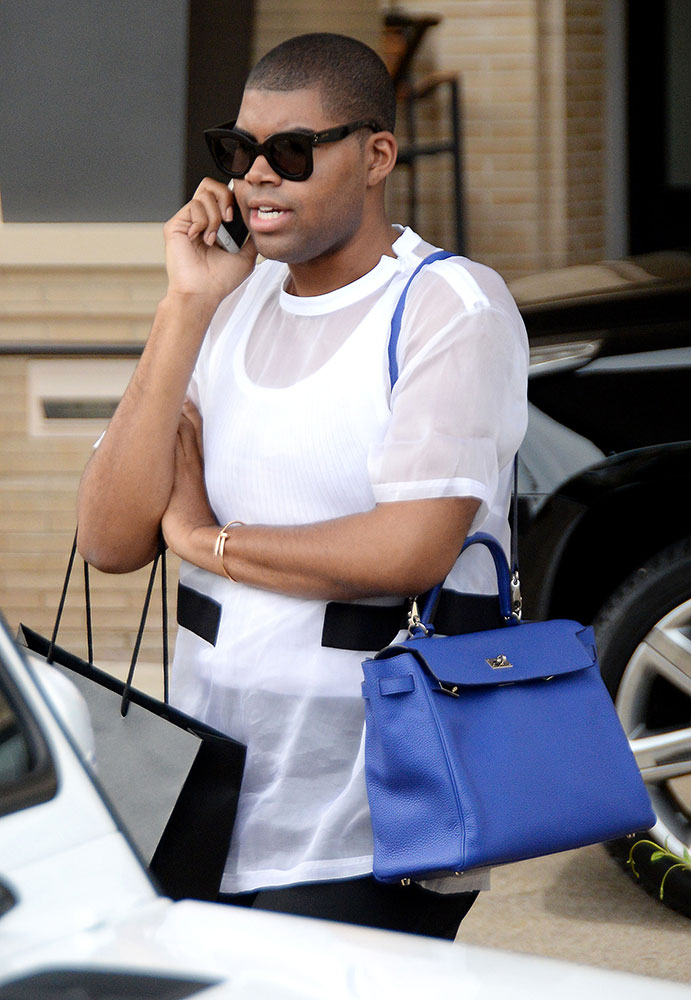 Emmy Rossum got her hair done at Nine Zero Salon recently; French braids are a most interesting choice for a “I’m a celeb leaving a salon” pap photo-set up, but I like ’em. She’s carrying a rather nondescript black Carolina Herrera Tote Bag. 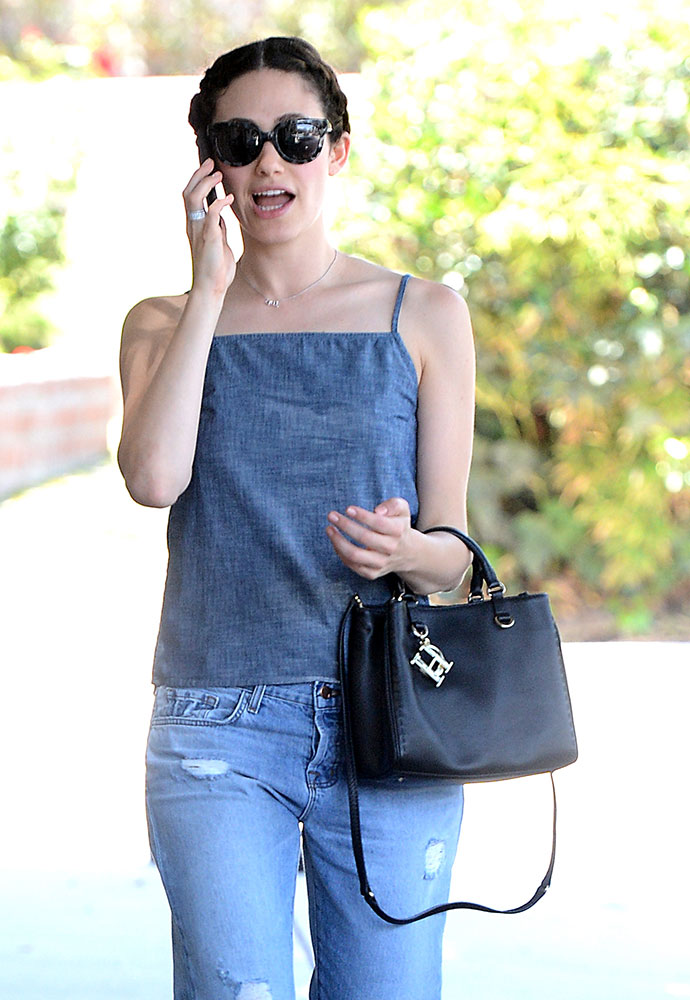 Gabrielle Union was recently spotted heading into LAX with a neutral leather Prada briefcase. Gabrielle is rocking a very cool, yet very studied summer celeb look. I feel like I should be taking notes. 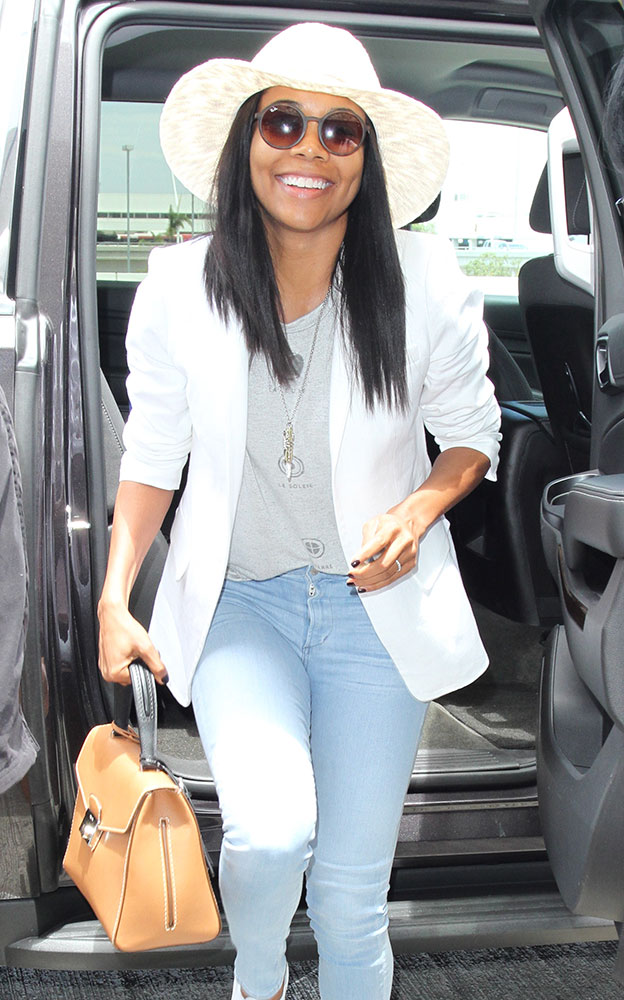 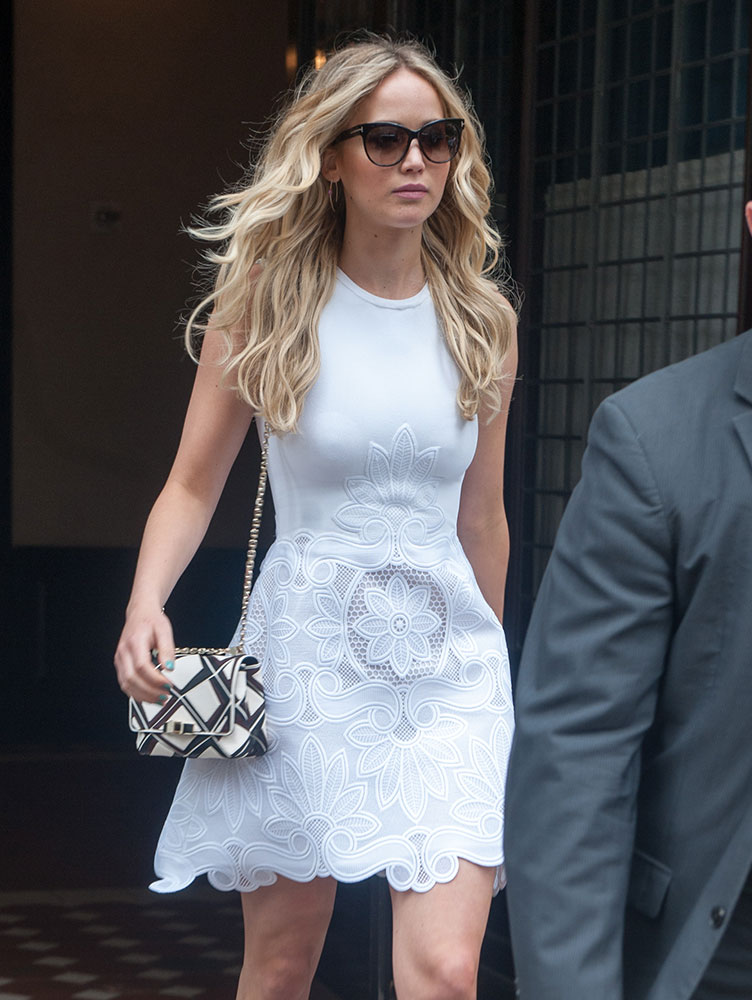 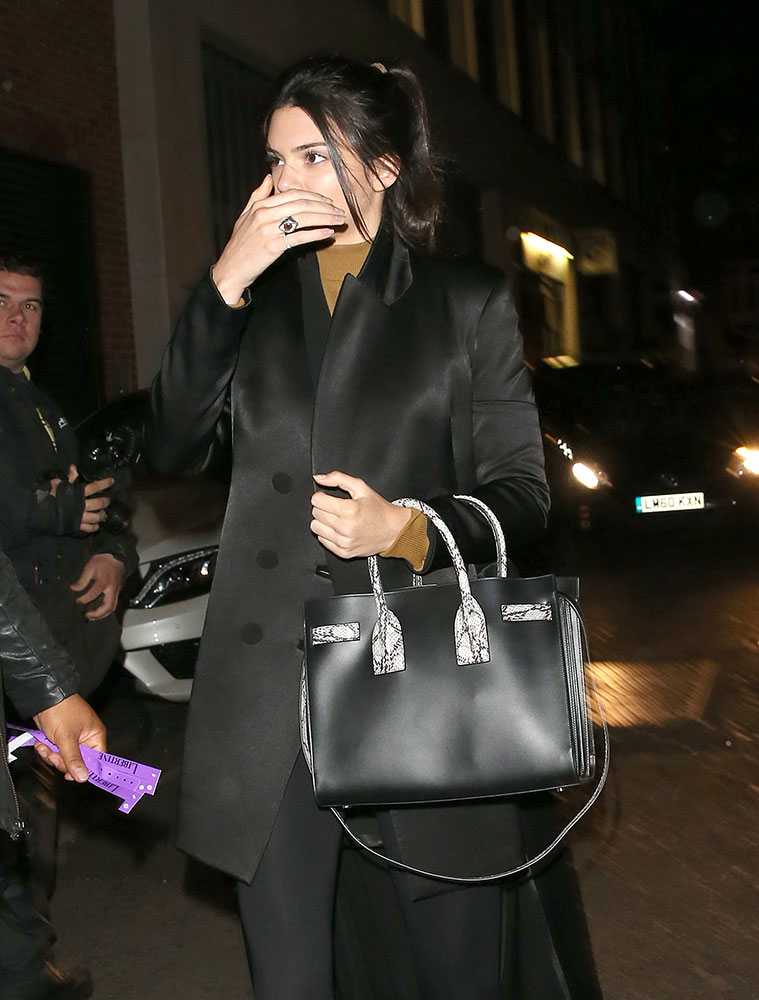 Indie singer-songwriter Lianne La Havas carried a cool mint green version of Coach’s new Swagger bag to the premiere of “Amy” in London. If you haven’t heard of Lianne La Havas, Amanda says that her music is “crazy-good”, so you should probably check her out. 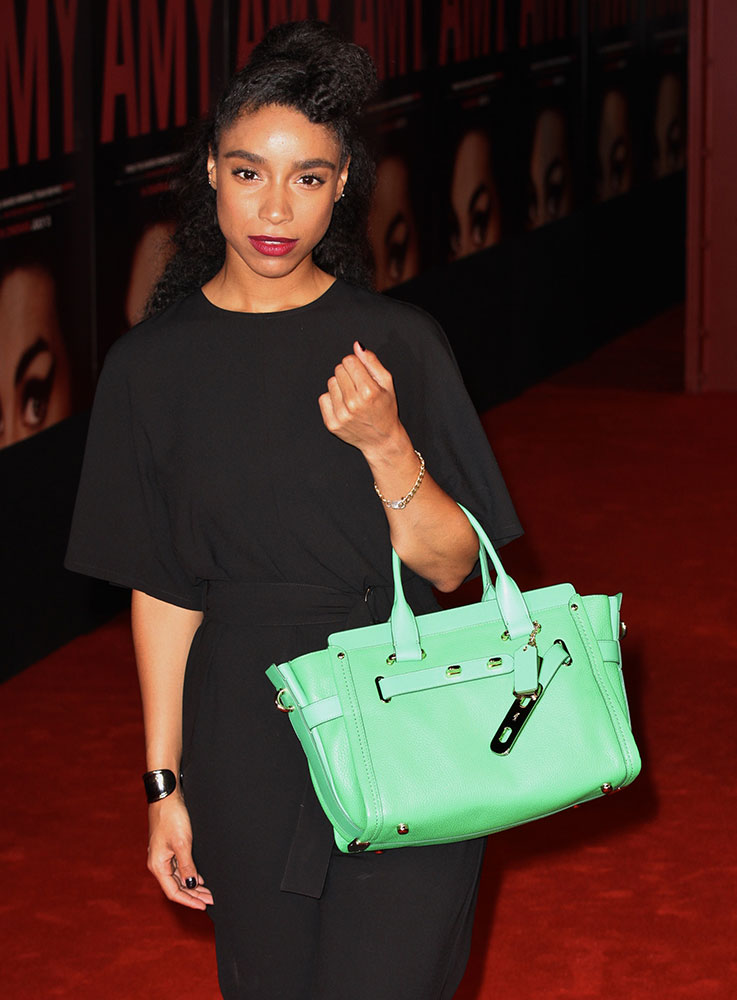 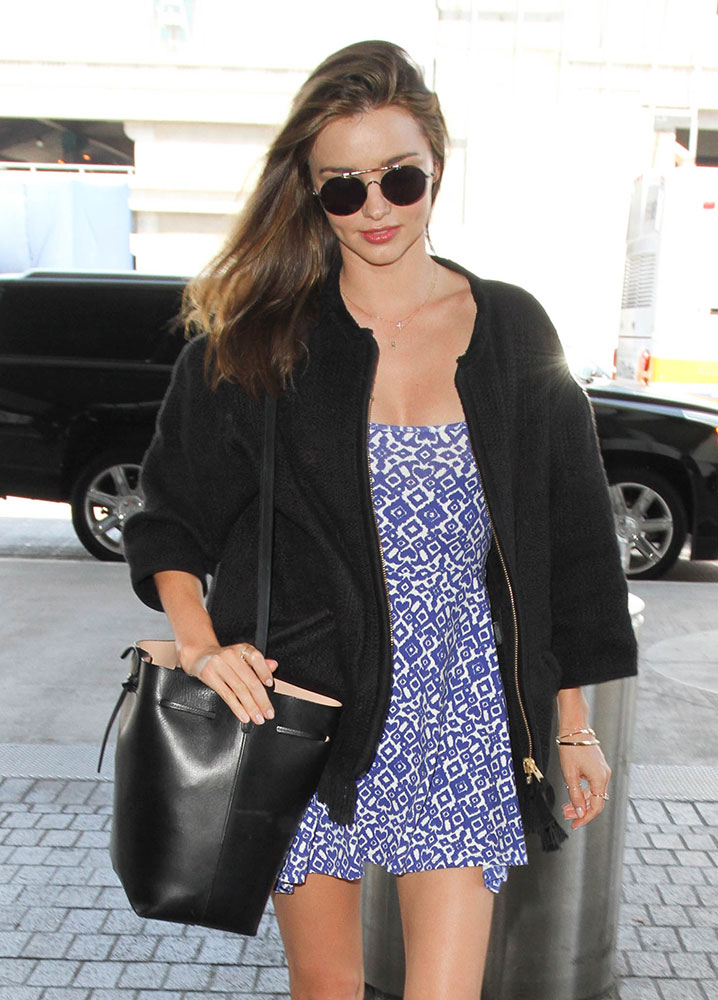 A “Many Bags of EJ” would be AWESOME!

Am I the only one excited for it? LOL

We’ll hopefully have enough pics of him soon!

EL Johnson looks great with his Kelly but this begs the question as to why there aren’t more man purses available. We guys need the male equivalent of the legendary Birkin.

Which none of them paid for

That particular Sac de Jour is underwhelming in my opinion.