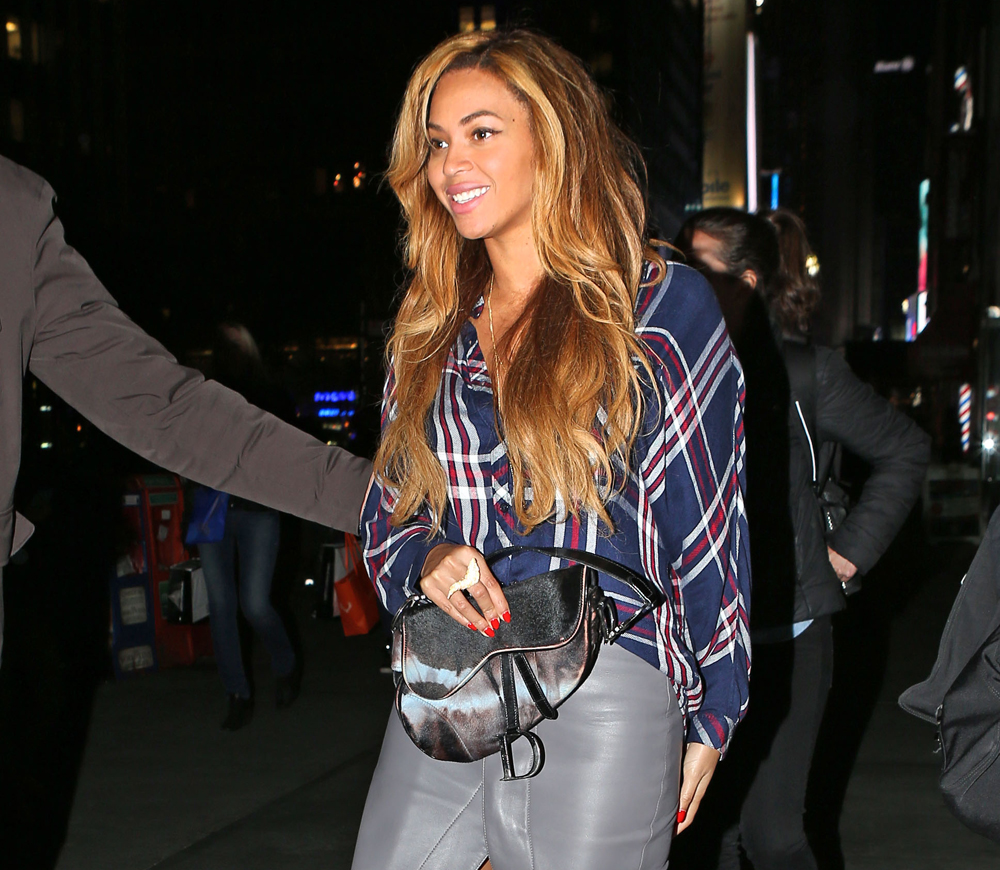 Here’s Beyonce, carrying a Christian Dior Saddle Bag while running Beyonce errands in NYC. This design had its heyday in the early 2000s and appeared in several episodes of Sex and the City, meaning this bag is a relic from Bey’s Destiny’s Child days. If you’d like to acquire one, you’ll have to go the secondhand route, as this design was discontinued several years ago.

We just saw Beyonce in London last month, carrying a classic Chanel Boy Bag. She’s really been mixing it up in the fashion department lately, and I have to say I’m enjoying it profusely. You can explore the rest of Queen Bey’s trove of legendary designer handbags in “The Many Bags of Beyonce.” 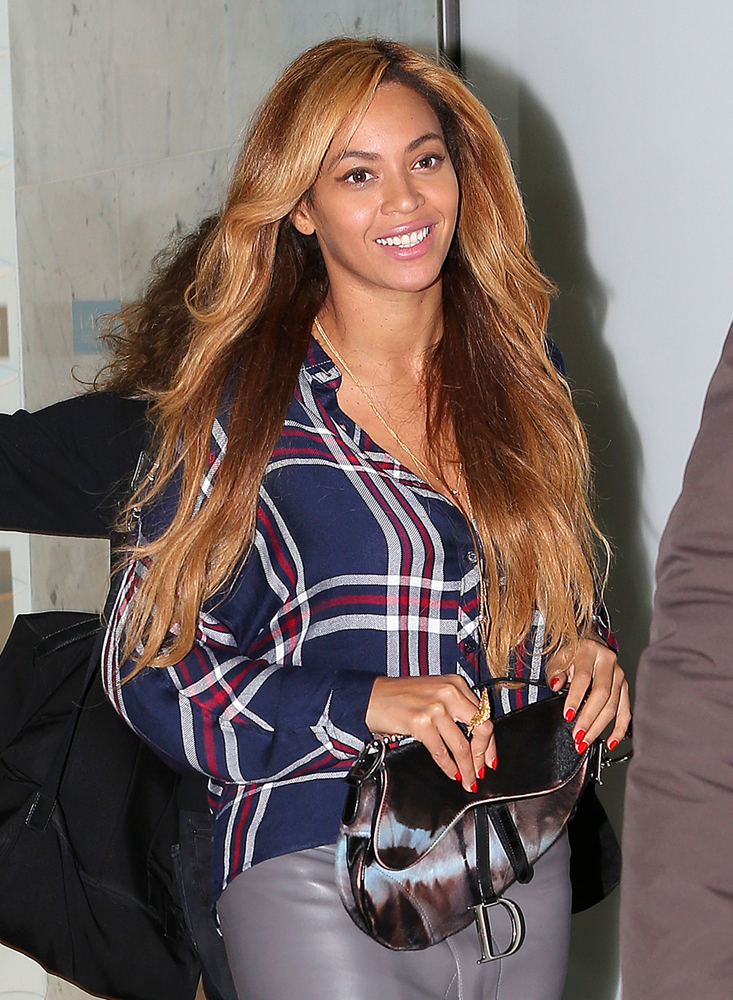 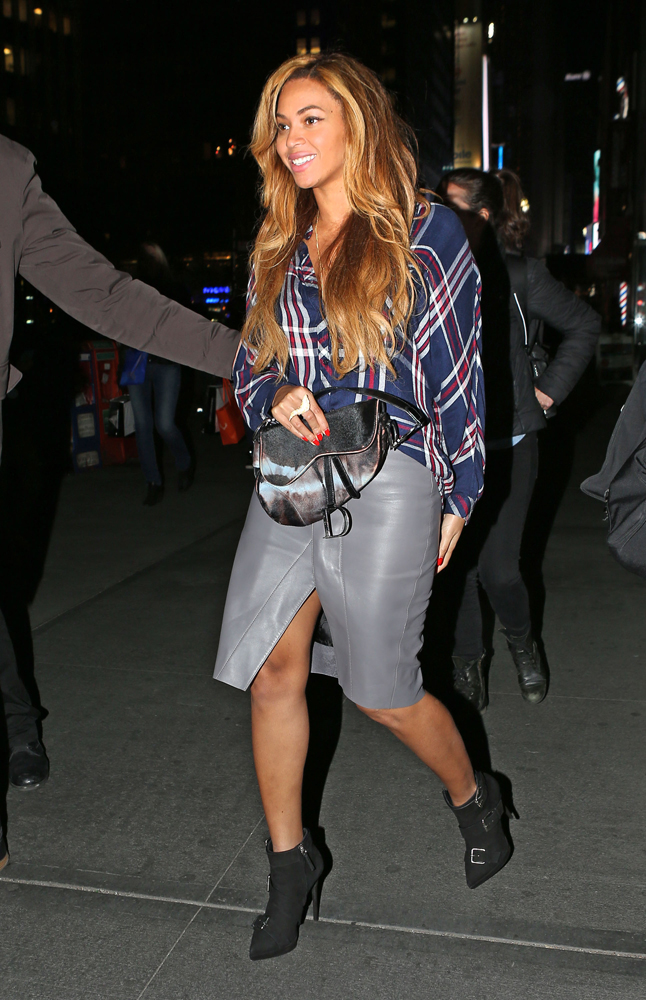 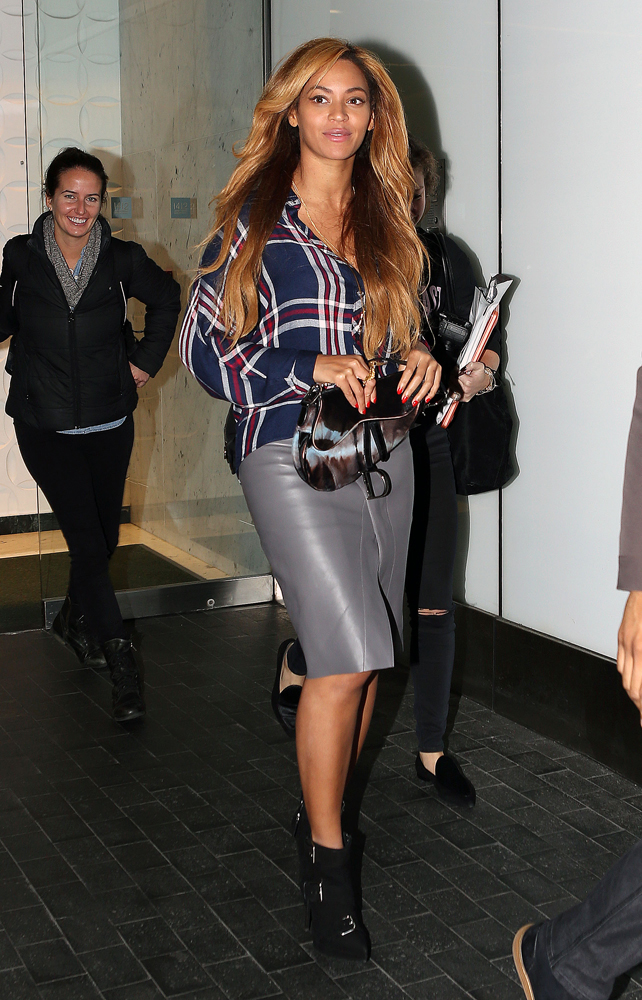 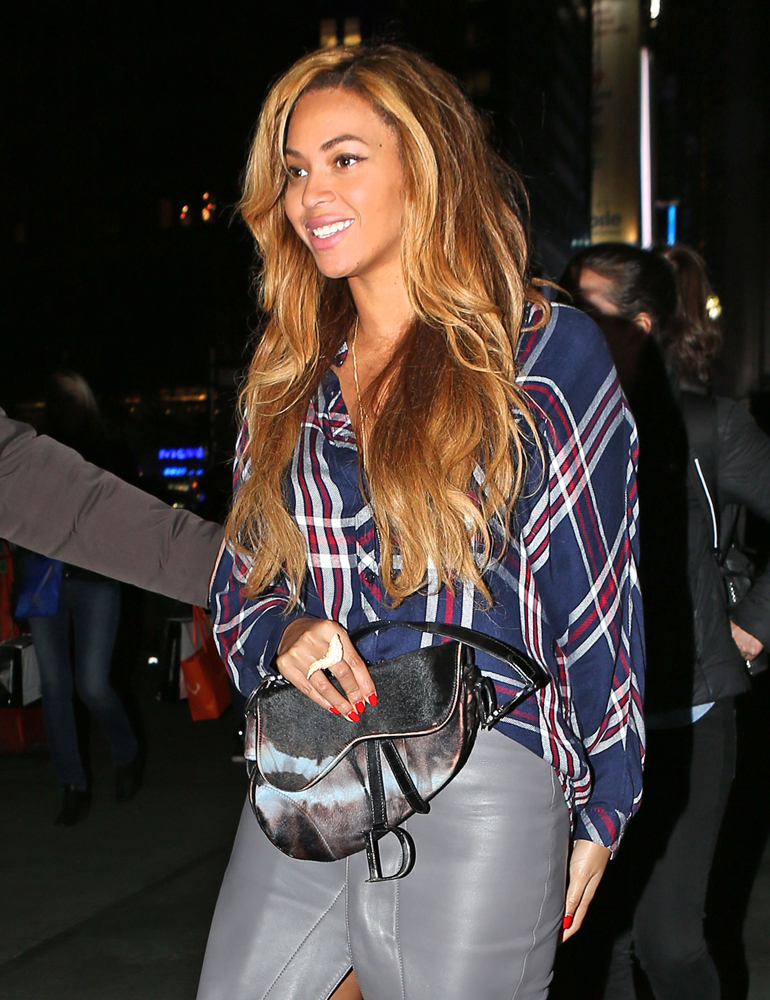