Another reason to visit Florence beyond culture and gelato!
By Clarissa Buch •  Nov 8, 2018
31

Imagine a place where some of the most sought-after designer items, from Prada Galleria tote bags to Givenchy Antigona top-handles, were brand new and heavily discounted. What if we told you it actually exists?

This past April, I took a trip to Florence and made sure to block off a day to visit both locations, which are about half an hour from each other. Located amid emerald-colored rolling hills and small, family-owned wineries, Space and The Mall were hard to miss. Made up of several industrial-looking buildings, the stores were filled with tourists from across the world, from the U.S. and other parts of Europe to Japan, Australia, and South America. Here’s everything you need to know.

Don’t let the name fool you. There’s everything but space at Space. Nearly every corner of the one-level building is covered in Prada and Miu Miu items. The store is set up like a circle, with men’s items on the left and women’s on the right. While items change week to week, depending on season and availability, you’re sure to get your hands on dozens of different bags and small leather goods. When I was there, I snagged a Prada Galleria Medium Saffiano tote bag for just under $1,800, compared to its $2,400 price back home in Miami. I also scored Prada espadrilles for $250 and nude patent ballet flats for $300. Both retail for about $600 in the U.S. right now.

If you’re anything like me (aka someone who would do almost anything for a deal), it’s best to plan your visit for about half an hour before opening time (10:30 a.m. Sunday through Friday, 9:30 a.m. Saturday). That way you’ll be one of the first on-site with the best chance of getting into the store before everyone else. If you’re extra early (like I was), there’s a coffee shop with small bites connected to the outlet. Otherwise, walk to the front door and grab a paper number. Make sure you hold onto it tight because that’s what you’ll use to identify the items you want to purchase. (Because the store is so big, an SA will ask for your number and reserve whatever item you’ve chosen in a back room until you’re ready to check out.)

After a few hours at Space, I made my way to The Mall, which I found to be quite similar to a shopping center you’d find somewhere in Florida or California. There are more than two dozen different designer outlets scattered across a large concrete complex, including Chloé, Givenchy, Balenciaga, Fendi, and Tom Ford. It’s definitely the largest concentration of designer outlet stores I’ve ever seen.

Because I arrived in the early afternoon, there were already crowds of eager shoppers in almost every store. Some even had lines of 10 to 20 people waiting to enter different shops, including Gucci and Prada. While I’m not sure if I missed out on any incredible deals, stock was definitely lower compared to my early arrival at Space. According to a staff member, The Mall is busiest in the afternoon (which means get there early if you can!).

Either way, the discounts were exciting enough to keep me going. At Fendi, I managed to get my hands on a Petite 2Jours for $1,300 (compared to almost $2,300 in the States!). While I didn’t purchase anything at the Gucci store, there was a massive selection of tote bags, shoes, and belts. Unlike other outlet stores around the world, I noticed much of the stock available at The Mall and Space were items I had encountered at various designers’ regular boutiques. No outlet-specific purses or shoes here.

While discounts vary from store to store, Space and The Mall range from 20 to 60 percent off retail prices. Plus, don’t forget that most stores offer a Global Blue tax refund, which means you may end up receiving an additional 10 to 20 percent off. You’ll need your passport on-hand to receive the tax refund paperwork. 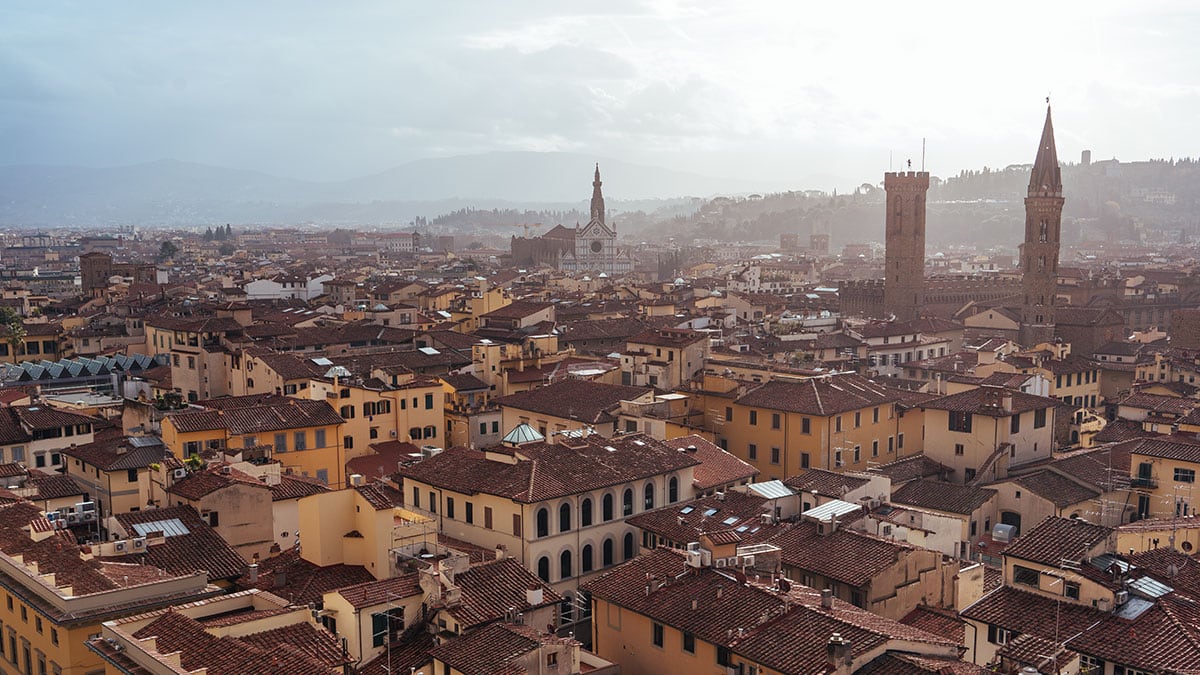 Florence is an unbelievable city filled with enough culture to last a lifetime––which, in my opinion, makes it always a good idea to spend a few days here (especially when a new handbag is involved)! If you have the time, the ability, and (most importantly) the interest, I’d definitely suggest visiting the outlets. The discounts are incredible compared to traditional prices. On the other hand, it’s worth noting that what you’ll spend on airfare, hotels, and overall travel will probably far exceed a single handbag discount. If you do make your way to Space or The Mall, I can almost guarantee you’ll leave with a new handbag (or maybe even a few). That makes it all worth it, right?

P.S. I’m already planning my trip back to Florence for next April.